A sushi restaurant which really impressed us on this trip was Ginza Iwa. Tucked along a small street in Ginza, and taking up the ground floor and basement of a narrow shophouse, it seemed rather popular with the foreigners as most of those dining with us that lunch were from out of town. However, these were not your usual sushi neophytes but experienced global foodies; for example, in the six-seater basement we dined at, we were accompanied by a couple from China and another from Malaysia, and no one asked for their sushi to be cooked. It helped that the sushi chef spoke decent English and tried his best to engage all of us with humour. After all, this is a restaurant which just received its first Michelin star, so it should be expecting its fair share of international diners. 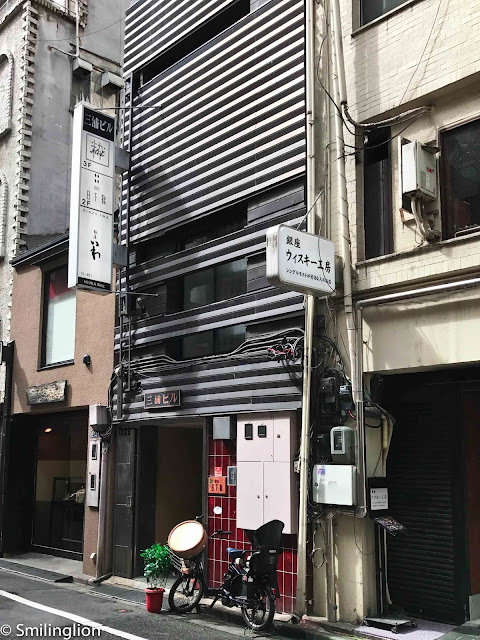 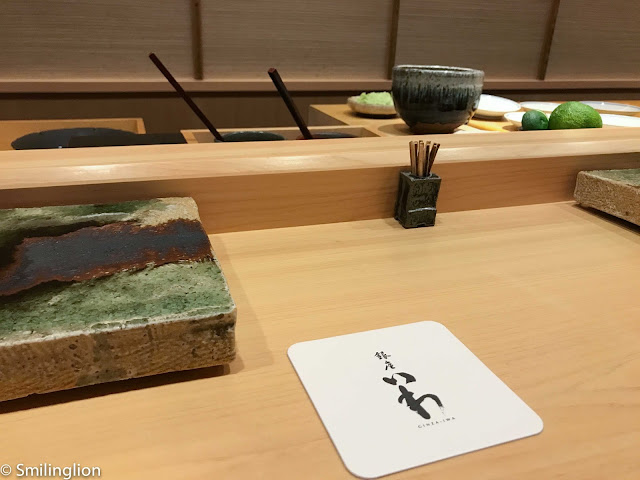 The lunch was a 13 piece sushi course.  Below are the photos of some of them. The chef used 2-week aged tuna and the flavours were very intense (for example, the Akami was aged between two pieces of seaweed). We also thought that the rice was very well-balanced with the right seasoning of vinegar. The lunch went on at a good pace and lasted about 90 minutes. At ¥8,000, it was not a cheap lunch but was decent value for money given the very high quality. 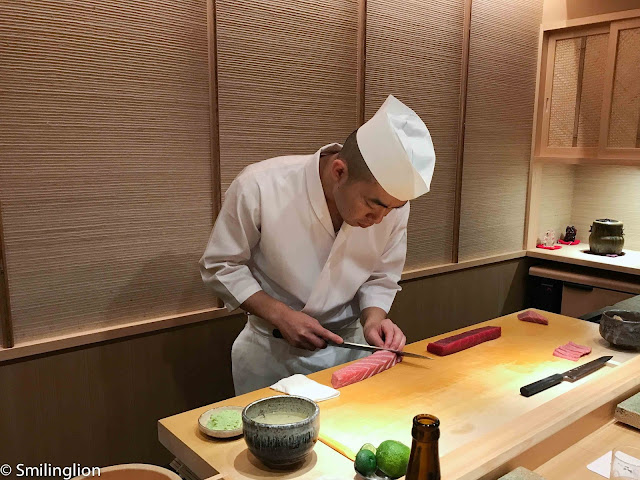 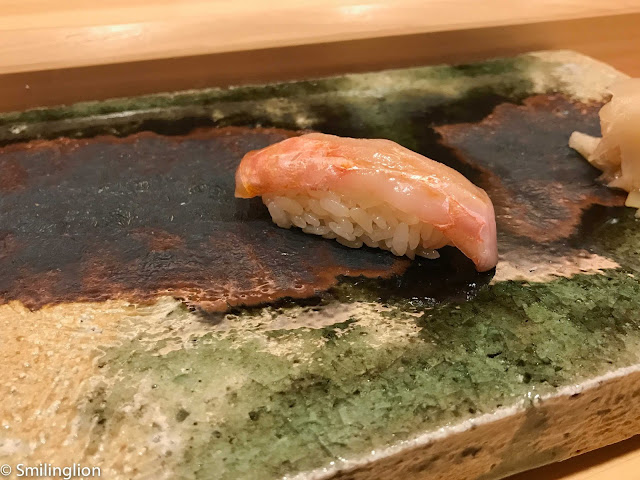 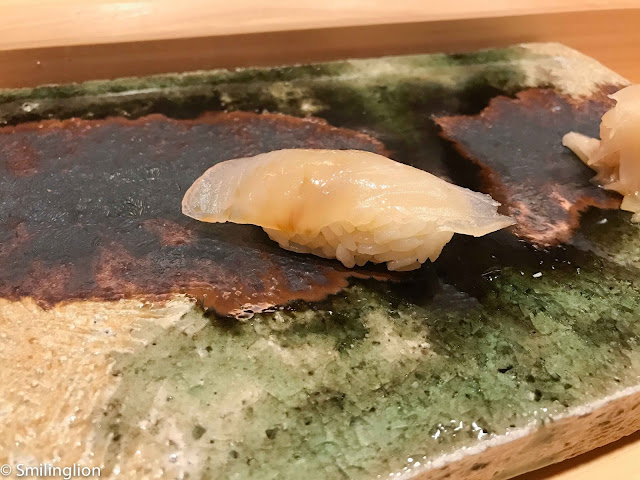 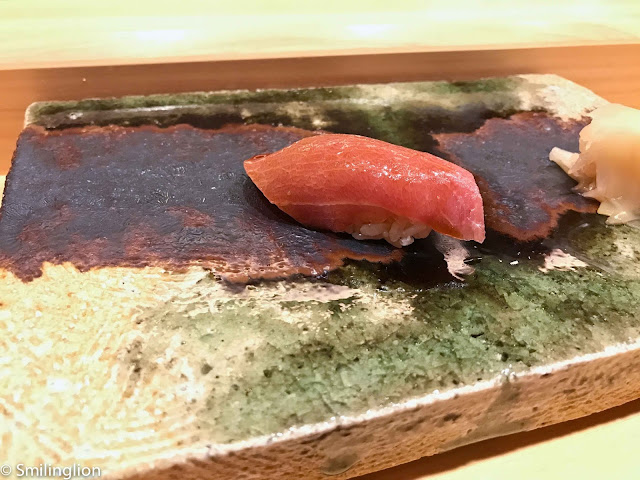 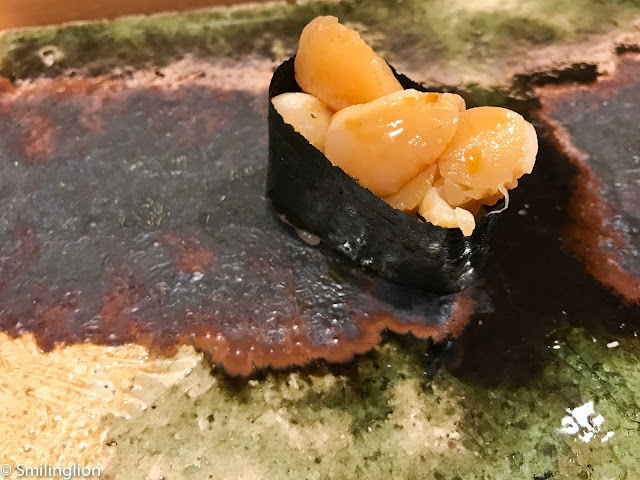 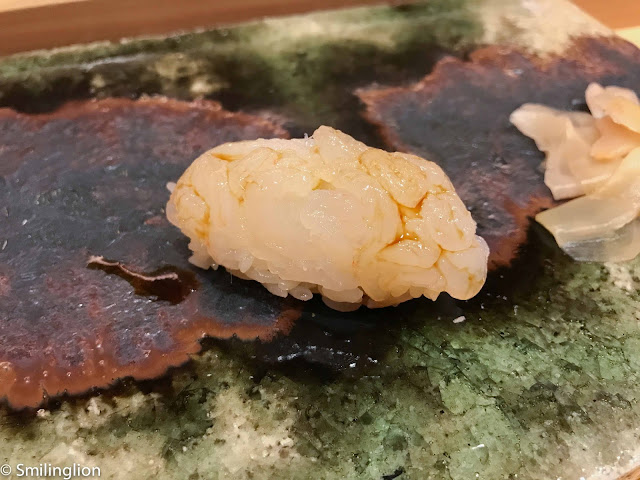 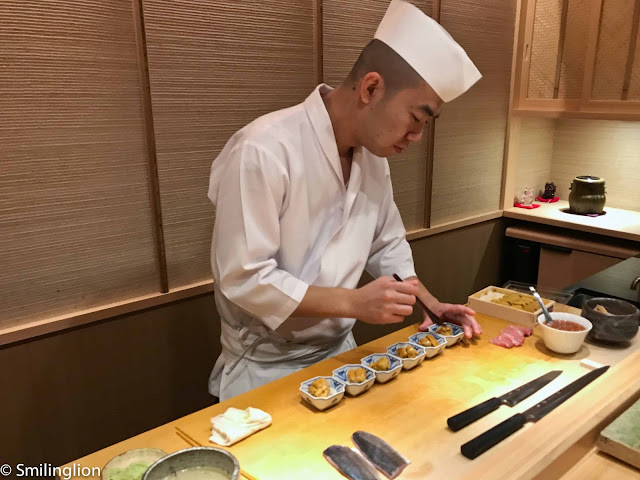 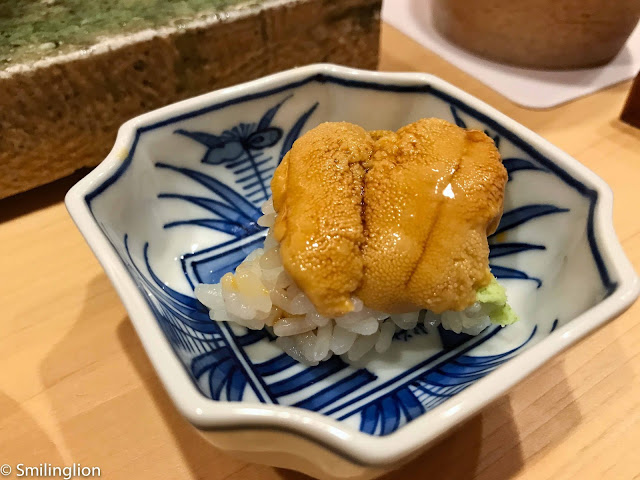 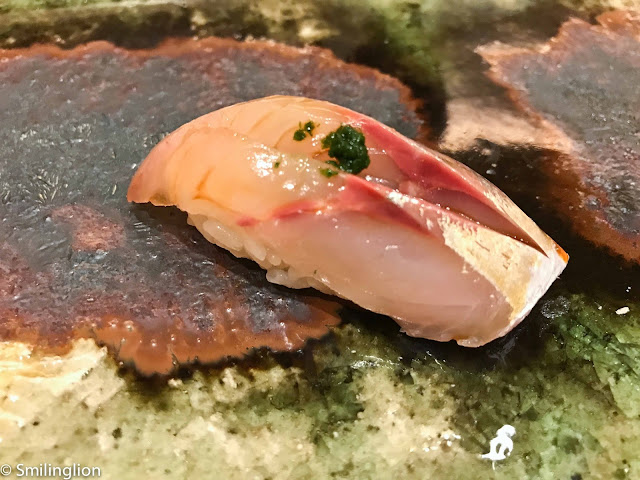 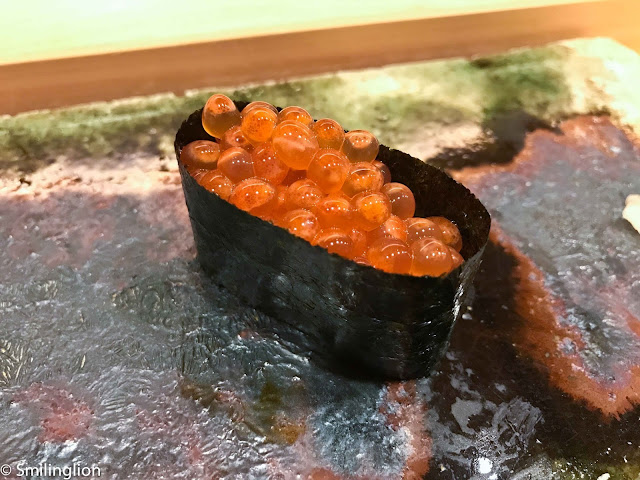 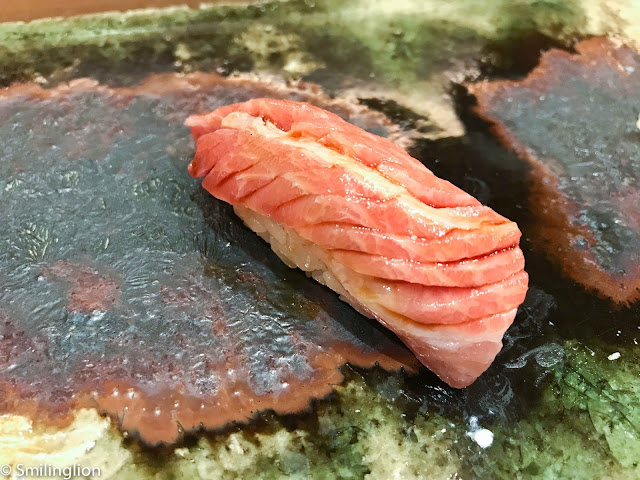 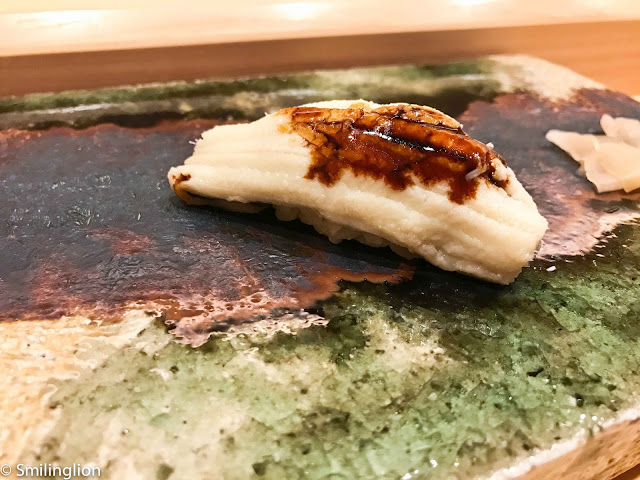 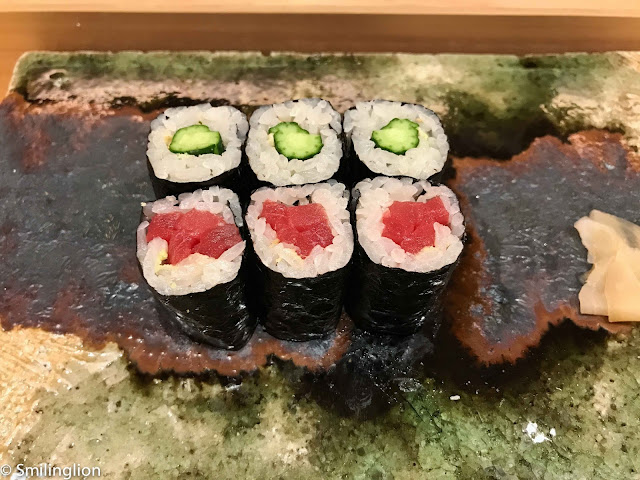