Dons de la Nature is regarded as one of the top 3 steakhouses in Tokyo (the other 2, Karamura and Aragawa are practically impossible to get a seat in without insider help). From the crowd there on a Wednesday night (there was only one other table when we were there), it may be that it is still relatively unknown. Or it could be because a meal here is prohibitively expensive. Nonetheless, we were on a hunt for the best steak in Tokyo and this was apparently the place to get it. 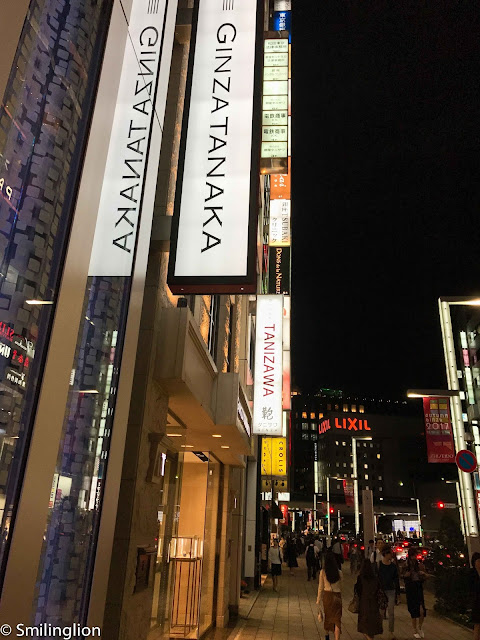 Located in the basement of a building off the main street of Ginza, it was obvious that the chef-owner Yoshiji Otsuka is a francophile. Empty bottles of French wines littered the entrance of the restaurant and also inside, and even the wine list was predominantly French. We tried to order the Almaviva on the winelist and chef Otsuka wrinkled his nose at that choice, imploring me to choose the Charmes Chambertin Grand Cru he highly recommended instead. We usually dislike being made to take a bottle of wine over our own choice, but fortunately, the Burgundy did well for the meal and was a very good accompaniment for the steak. 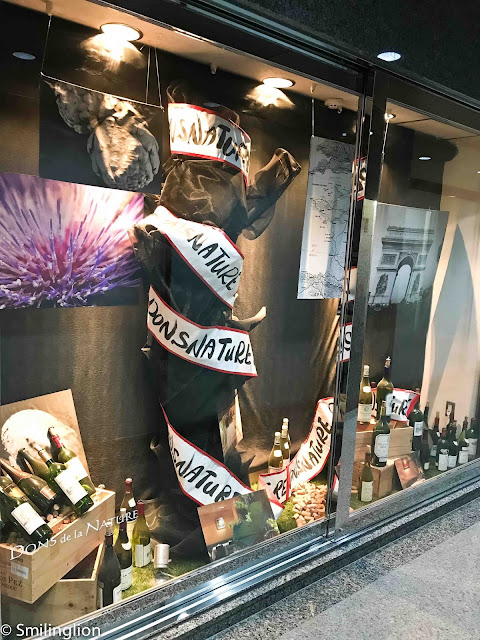 Chef Otsuka was obviously very proud of his beef, and that was all he was interested in talking about. Less than 5 seconds after we got seated, he brought his prized beef selection to our table. There was the Hokkaido sirloin, the Matsusaka sirloin and the Omi tenderloin. He recommended the Matsusaka and Omi beef and we left him to prepare for us a portion each of those for us. 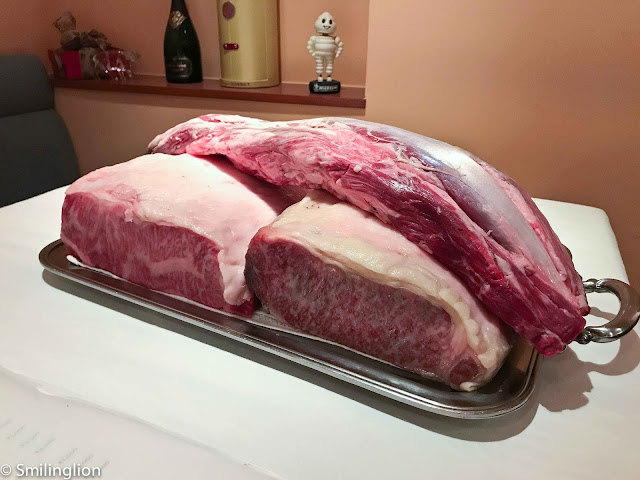 Almost as an afterthought, he served us some bread (the brioche was crispy, warm and sweet) and we ordered a shrimp cocktail and vegetable salad, which were decent. 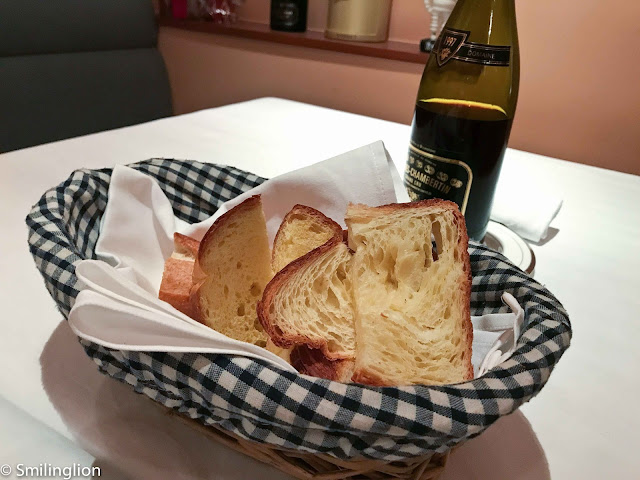 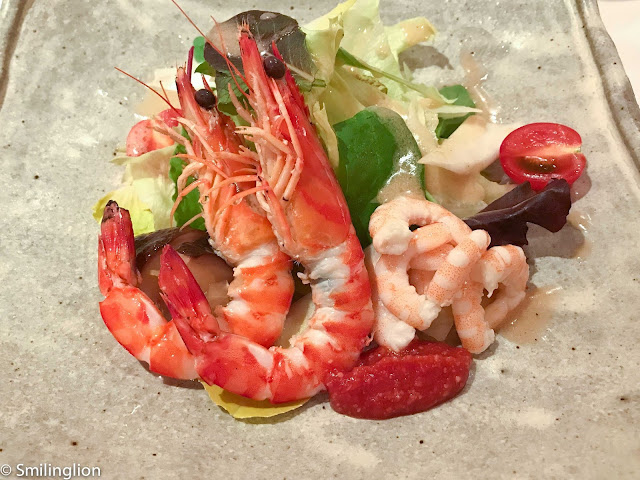 In under 15 minutes, the steak was served. It was cooked over a special charcoal kiln and was nicely charred on the outside. Thought we were not asked what kind of doneness we wanted, the steaks came out medium rare / medium in doneness. These were probably the best Wagyu steaks we have ever tasted. The sirloin had more intense flavours but the tenderloin had the better texture. High quality wagyu steaks are generally expected to be so tender that you can cut them with a spoon, but in this case, the steaks weren't as fatty as many others yet still had such strong umami flavours. Moreover, the charred surface was done just nicely without being bitter.

Chef Otsuka came over to chat further about the steaks, being obviously very proud of his beef. He didn't even ask us about dessert and we were so full that it was probably a good idea to stop there. Nonetheless, dinner with a bottle of wine was over and done with within an hour.

This is definitely a destination restaurant just for the steaks. 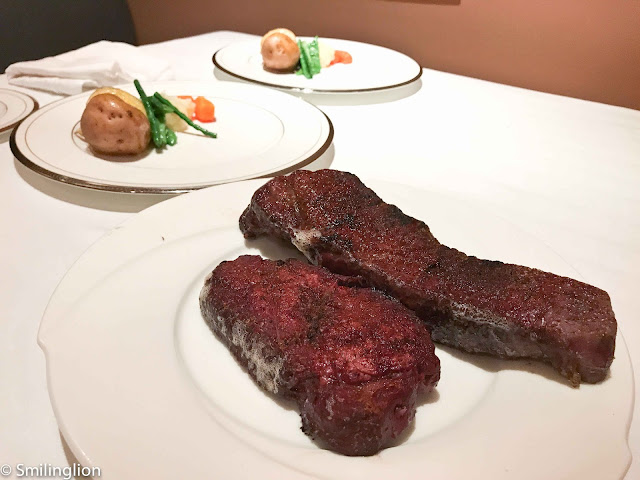 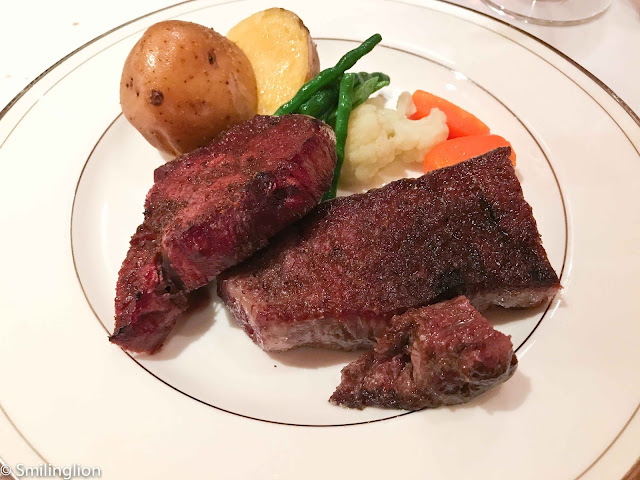