To survive in the cutthroat environment of the fine dining scene in New York City  ("NYC") is not easy. To have done so for more than 20 years is an achievement in itself. Aquavit (which is named after a flavoured Scandinavian liquor - more on that later) has been a staple in the NYC culinary circuit, serving up Scandinavian-inspired cuisine. No doubt it has garnered more attention in recent years, with the success of Noma and the Copenhagen cabal in Europe, and with a new chef, Emma Bengtsson taking over the helm recently (and winning the second Michelin star shortly thereafter), expectations are high that it can continue to hold its own.

With a Scandinavian theme, the interior was understandably austere and plain, and the ambience had a very business-like feel about it. The service was enthusiastic though, and our waiter was very helpful in explaining the menu and guiding us with our order. 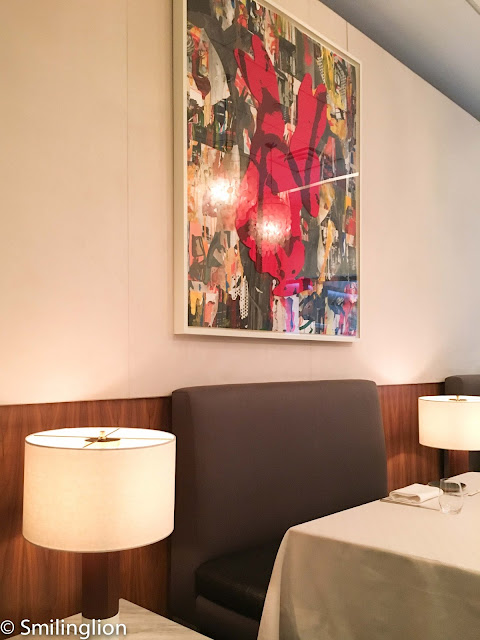 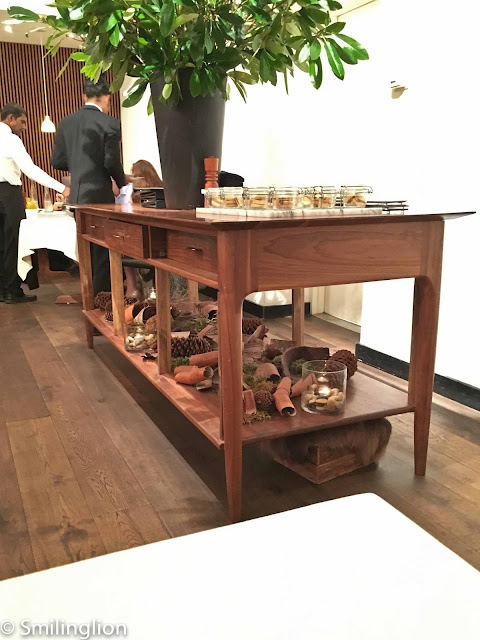 The seasonal dish at that time was the Swedish crayfish. This was in line with the Swedish tradition of the crayfish festival which serves crayfish eaten cold with aquavit, the local liquor. These crayfish (which didn't look anything like crayfish back in our country, more like small lobsters or langoustines) were eaten by hand. The restaurant had a long list of aquavit flavours, and on the recommendation of the waiter, we were adventurous to try the more unusual ones like the anise, caraway and fennel and cucumber. These looked harmless but were much stronger than we expected, and we got drunk much earlier on in the day than we would have liked. Another Scandinavian feature for our lunch was the Carlsberg beer which was part of the crayfish promotion. 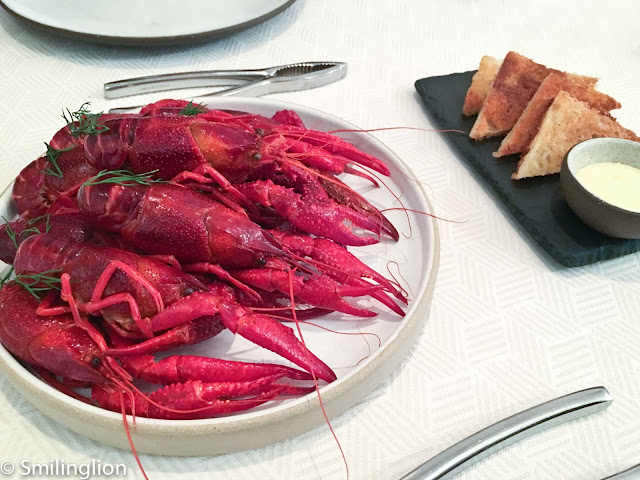 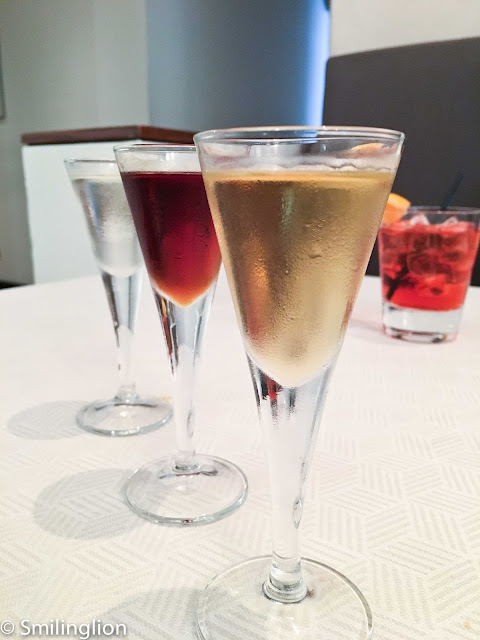 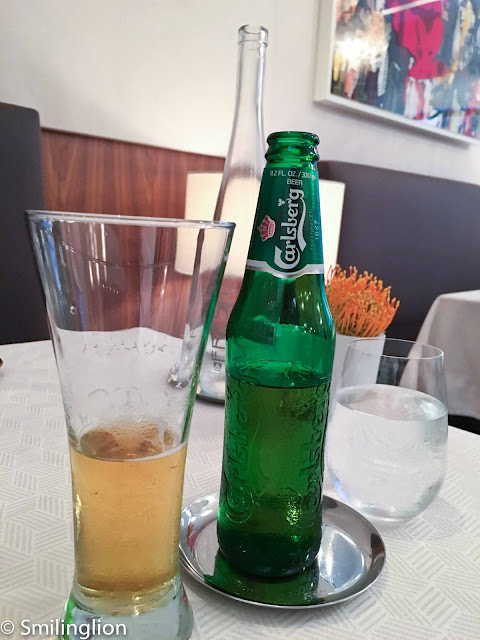 We chose the three course lunch menu. This started with the Herring Sampler - sherry, glassblower, matjes, lingonberry and horseradish was excellent, and was an elegant blend of flavours of cured fish. The 7x Beef Tartar - egg yolk, red beets, capers, though decent, was not as unique and hence less impressive (overall the egg yolk was not runny and this contributed to the dish being too dry and not moist enough). 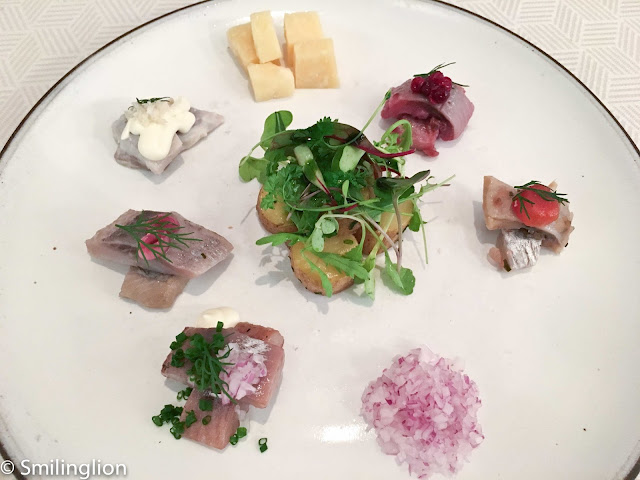 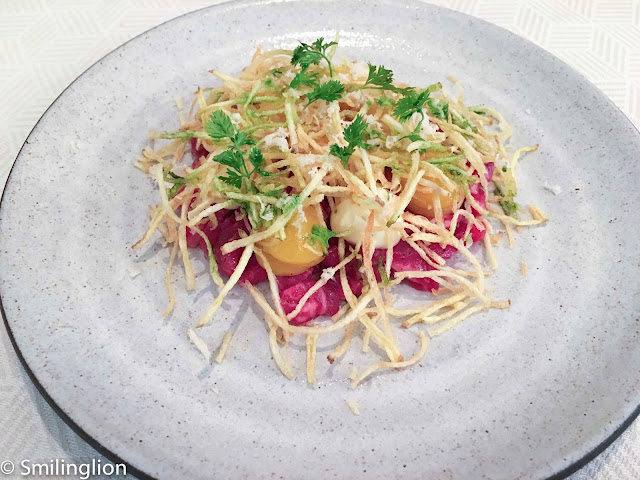 Of the two fish main courses, the second one below, the Halibut - spring onion, new potato, brown butter was far superior to the Icelandic Cod - bacon, lobster mushroom, garlic scares. The halibut was cooked to perfection and retained its tenderness and moisture, and its brown butter sauce added a creamy dimension to the dish which made it very enjoyable. The cod was hearty in its earthy flavours but the fish itself was quite dry and flavourless. 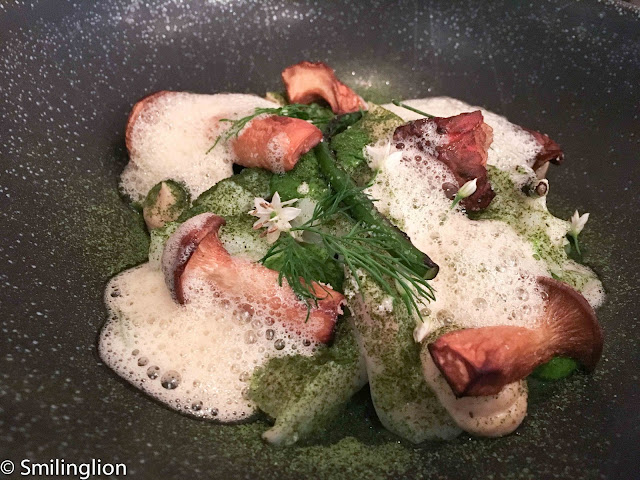 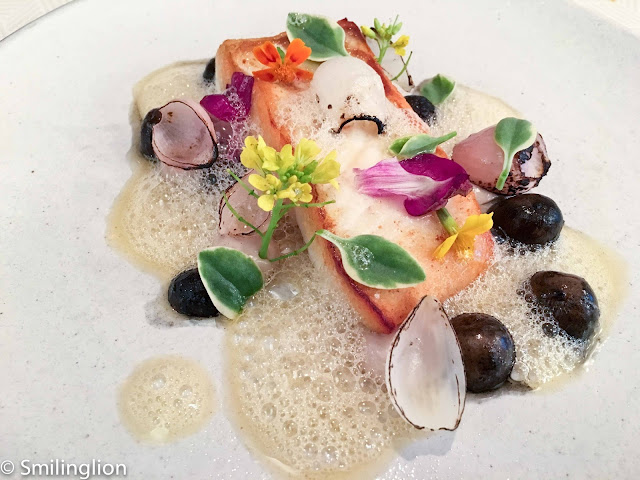 Dessert was a simple but delightful Local Strawberries - basil, meringue, licorice. In all, it was a good meal punctuated by moments of excellence (e.g. the herring and halibut). The crayfish and aquavit were nice touches, but overall the dining experience felt a bit detached and austere. 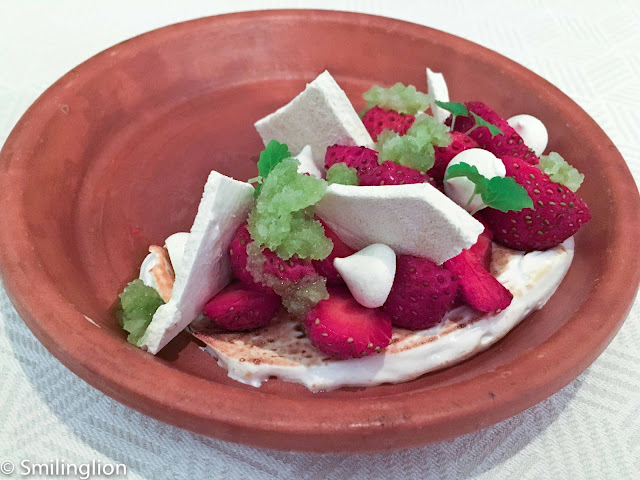 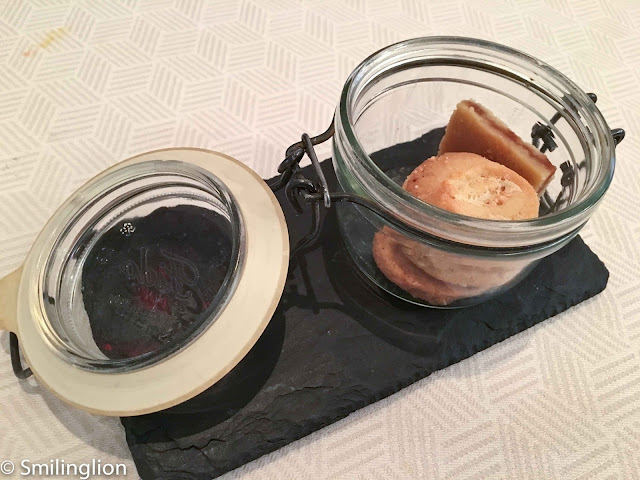