The last time we were at Peter Luger, it was a cold and drizzly Monday noon. There never was much of a crowd on that day as a result. This time though, on a warm sunny Sunday lunch, there was a queue round the block already by the time we got there. Fortunately, the queue for those with reservations was quite short, and we were seated almost immediately once the doors opened. Having a steak lunch seems like a popular family affair over here, with most groups of people here with their families, though like the last time, there was a large number of Asian tourists as well (especially the Japanese, though I can never really understand their fascination with Peter Luger, given the abundance and quality of steakhouses in Japan with their super premium Wagyu beef). 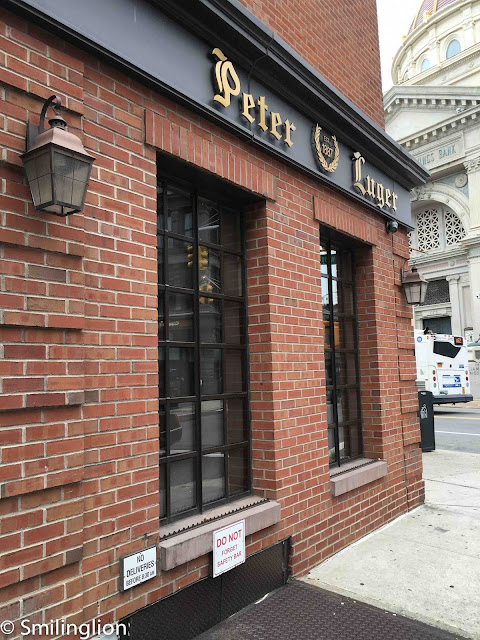 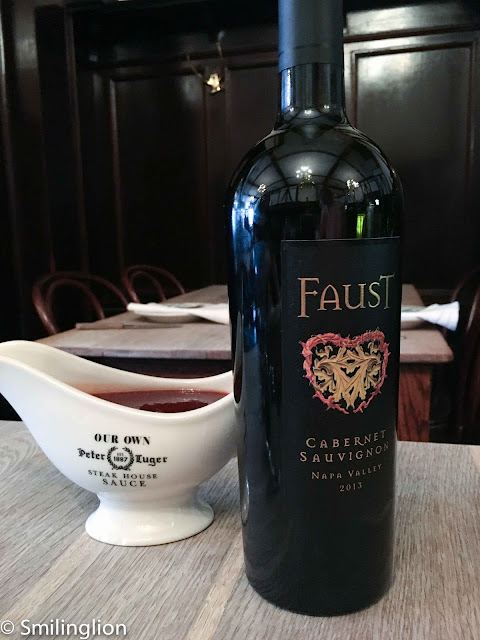 This time we didn't fail to order the famous bacon. This was a long and thick strip of charred bacon which was incredibly tasty with a unforgettable smoky flavour. We would have ordered more of it if we weren't rationing our stomach space for the humongous steak which was to be served. 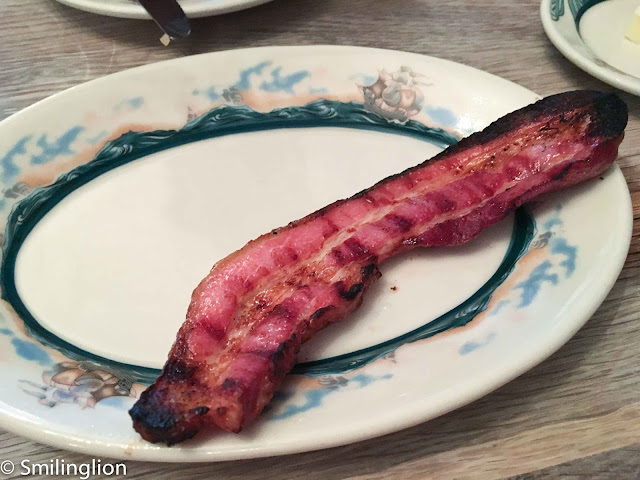 Another favourite of ours here was the creamed spinach. Arguably more special than the steak itself, this is probably the best creamed spinach we have ever eaten. It was smooth and creamy without the bitterness usually found in similar spinach dishes. 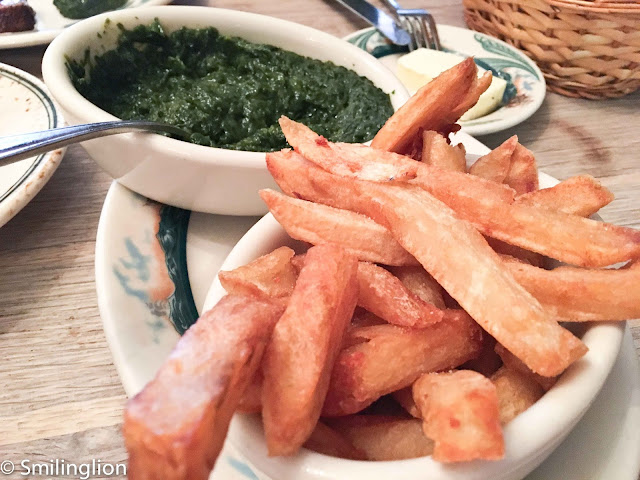 The porterhouse steak was as good as we remembered it, and it was served the same way: the porterhouse was sliced up in the kitchen and when brought to our table, the plate was propped up on an inverted saucer at an angle to collect the jus from the fat at one end of the dish. The waiter would then pick two pieces of beef to put on our plate, use a spoon to scoop up some of the jus and lather the beef with it. The beef used at Peter Luger is top grade USDA short loin which they age for around a month. The result was a quintessentially New York steak flavoured by its own melted fat and some salt. 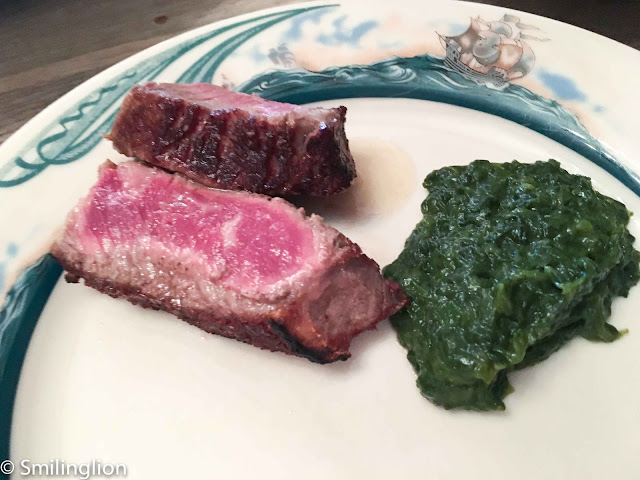 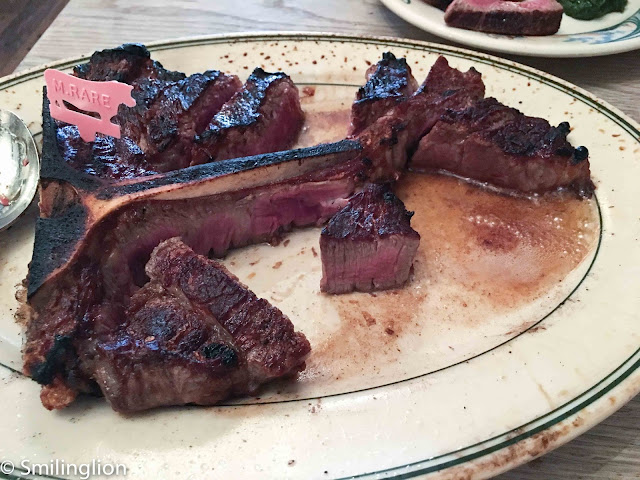 We still had a bit of space for dessert so we ordered the popular pecan pie as well. It was an traditional and familiar comfort dessert which was excellent.

Like the last time, we had excellent service, in contrast to the reputation this place has for curt and rude service. Our waiter was friendly and gracious throughout, and it was an enjoyable lunch that day. 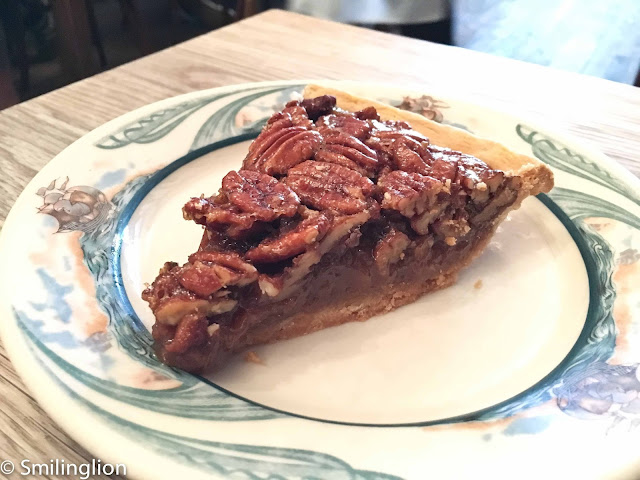