Nestled in the heart of bustling Bangkok is a colonial-age bungalow which houses celebrity chef 'Ian' Kittichai's Thai restaurant. Chef Kittichai is well-known for his TV appearances and overseas restaurants but his local outlet has been recognised by the Asia's 50 Best Restaurants list (no. 19 in 2016) as one of the more outstanding regional dining destinations. I visited the restaurant during lunchtime on a weekday. It was scorching hot that day but entering the premises was like going into an oasis of calm. The outdoor veranda would be an ideal hangout place in a cool evening, but the air conditioned indoor area was a refuge from the heat that day. The place was quiet when I got there (it was a late lunch) so I had a whole sofa area to myself. The interior had the comforting feel of someone's house, with eclectic furniture and colourful Thai silk cushions which encouraged lounging. 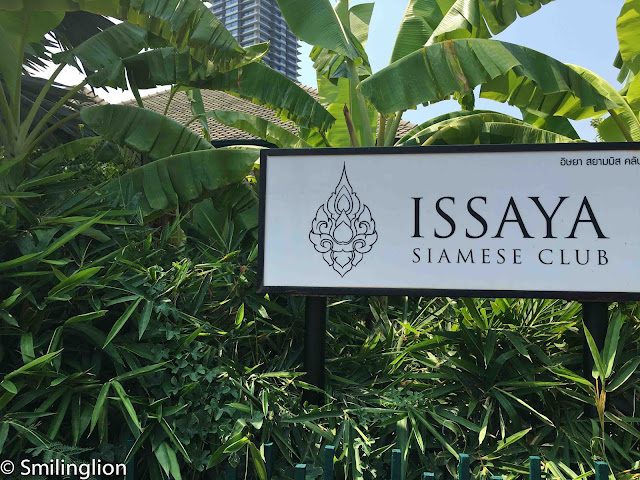 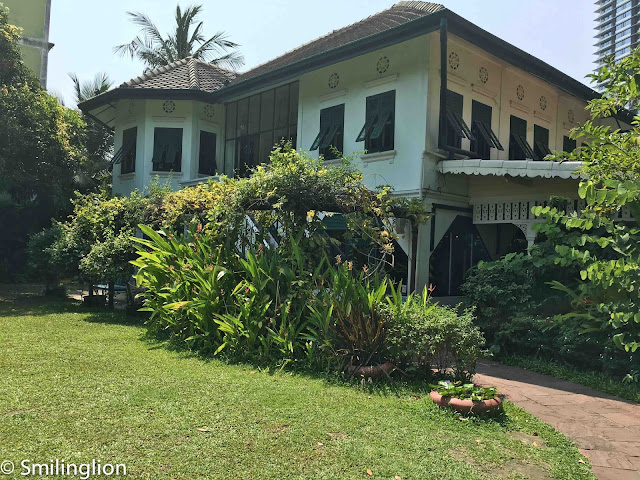 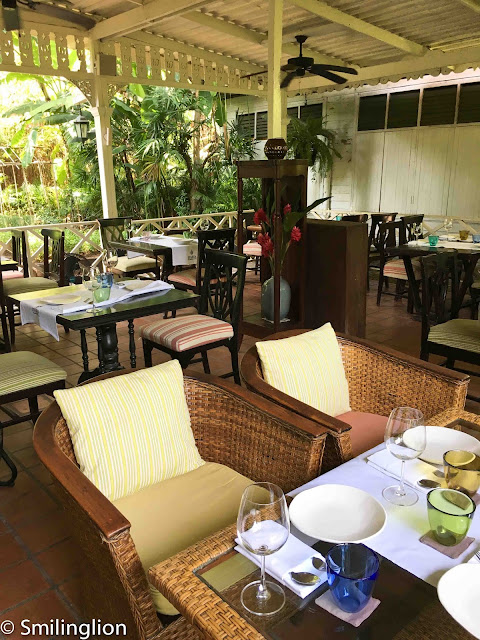 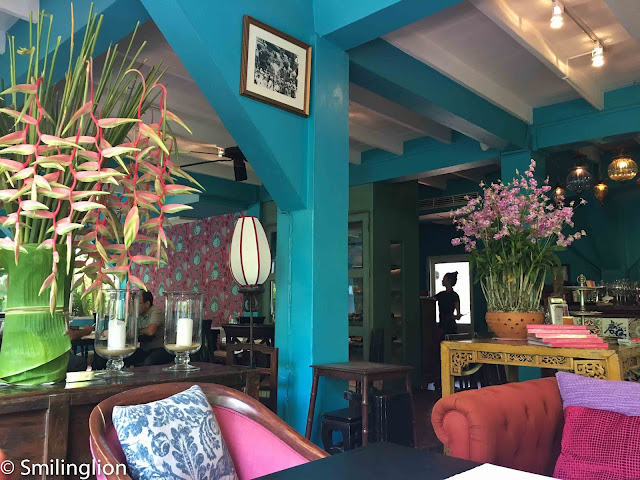 Issaya has a relative extensive menu focusing on Thai food prepared in a modern style with some finesse. The Nua Sun Seaklong (twice-cooked with wok-finished beef short ribs with sweet chilli dipping sauce) was cooked perfectly and was very succulent and tasty. Unfortunately it turned out to be a portion too large for one person to consume, though I gamely finished it off eventually. 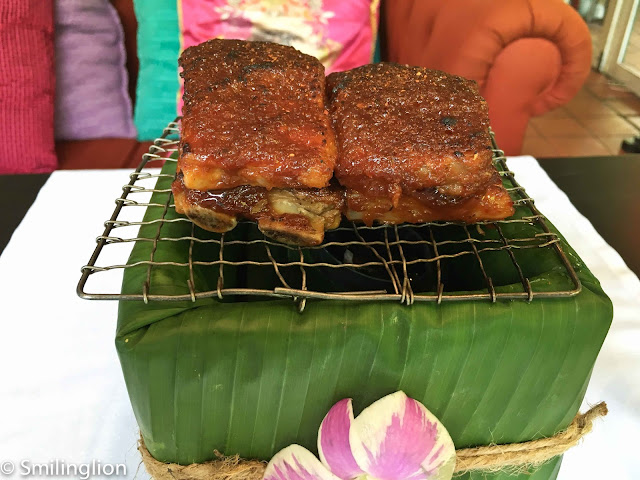 I asked for a soup recommendation and was suggested the Kaew Warn "Like a Soup" Goong which was essentially a green curry prepared as a soup. The presentation at the table was quite elaborate; the ingredients were put into a pre-heated bowl to be seared, followed by the boiling hot curry sauce, stirred and served. It looked too rich to be drunk as a soup but surprisingly this was a lot less thick and heavy than I had expected. It had a lightness of flavour which got me more hooked as I drank it. In the end, I was literally trying to lick the bowl clean. It was an superb dish which defined this meal for me. 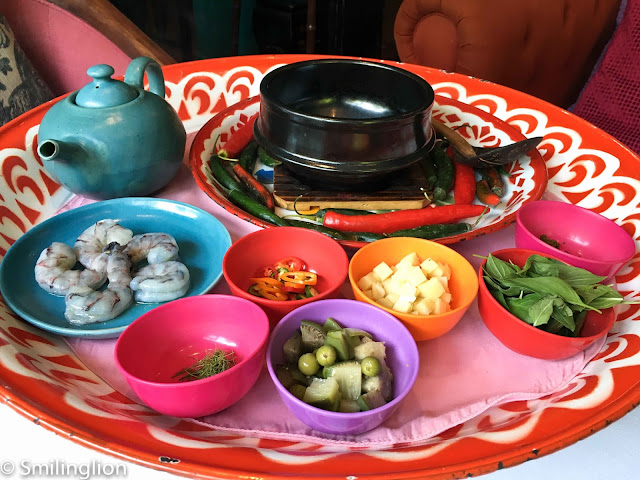 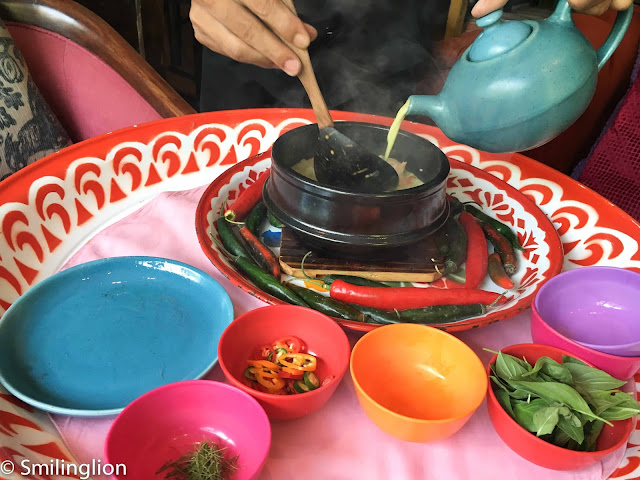 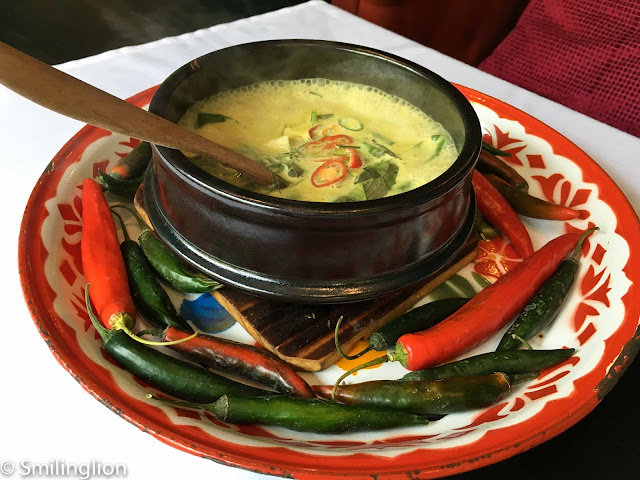 The Geang Kraree Gai Krob (Southern style chicken curry with rice) was also very good and the chicken was cooked to the right doneness. 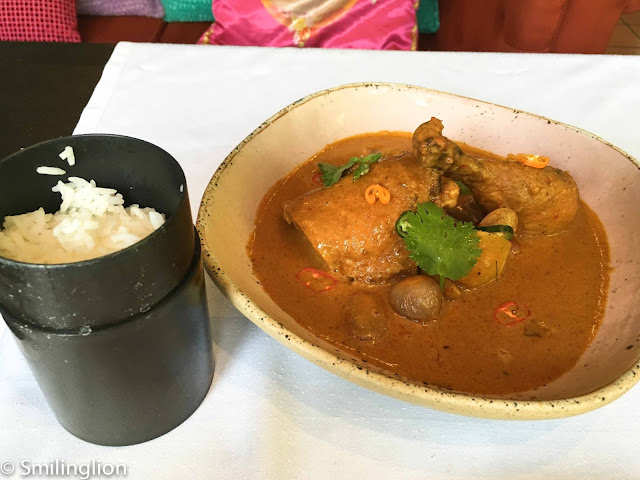 The dessert was a western-style jasmine flower panna cottta with jasmine rice ice cream and jasmine rice tuile (Kanom Dok Mali) which was cool and refreshing to take the edge off the spiciness of the earlier dishes. It was a very enjoyable meal, with excellent food and comparable service levels, with my only grouse being my disappointment of the cocktails which I felt were too weak and diluted. 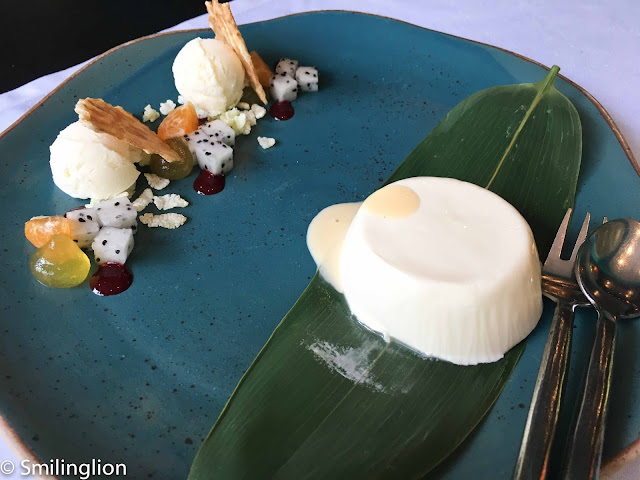