Alvin Leung, the self-acclaimed 'Demon Chef', splits opinion like no other in Hong Kong. The current holder of three Michelin stars, which puts him in the echelon of culinary royalty, his so-called 'X-treme Chinese Cuisine' seeks to use molecular gastronomy techniques on classic Chinese food to produce ultra-modern dining experiences in a highly demanding dining crowd in Hong Kong. We first ate at Bo Innovation back in 2008 when it first came into prominence. At that time, the restaurant had one star, then the following year it controversially received two stars, after which it lost the second star. Now it has three stars, and we were very curious to see if the very mixed dining experience we had all those years ago would be repeated in what we expected to be a much more mature restaurant by now.


Getting to the restaurant was a very tricky endeavour. Our taxi dropped us off at the stated address (i.e. 60 Johnston Road), only for us to struggle to find the entrance. As it turned out, it was along a side road called Ship Street. It was raining quite heavily that day (in the winter), so this made us quite miserable. It didn't help that after taking the lift to the second level, the short 10 metre walk from the lift to the restaurant wasn't sheltered so we got wet walking into the restaurant. This was very unacceptable to us for a three starred restaurant. What's so difficult building a shelter for the walkway? Or if not where were the service staff with umbrellas to receive the guests? Walking into the restaurant dripping wet wasn't the way we wanted to start our meal, and the nonchalance of the staff to the well-being of their guests was unnerving.

The restaurant is in a very small room with a cozy private dining space in the corner, some counter seats and several normal tables. We were seated at a table just by the door. Because the restaurant is so small, the main door opens directly to the outside, so throughout the night whenever anyone came in and out of the restaurant, we would experience the draft of the damp and cold wind from outside onto us. To say that we were uncomfortable throughout the meal was an understatement. 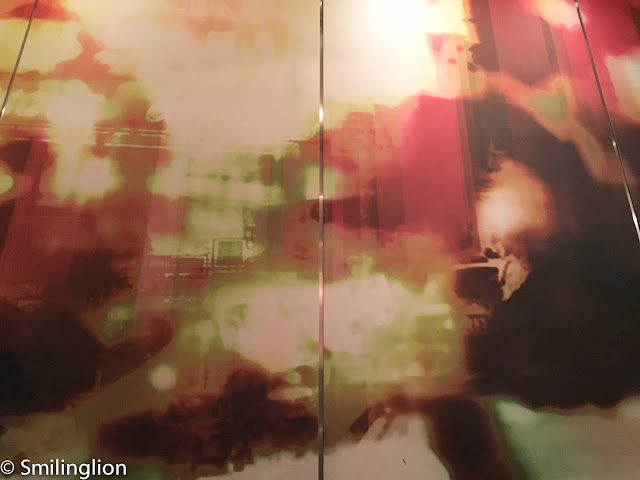 Putting aside the physical discomforts, we were looking forward to the food. There were two tasting menus to choose from and we chose the lighter one which looked more interesting. First off was a fun presentation of a classic Hong Kong street snack; a Chinese waffle with chives in a paper bag which we had to rip open to get to the snack. It was tasty, but we felt that it was quite a large portion (ironically for many people who have this snack by the street side, this is an entire meal in itself). 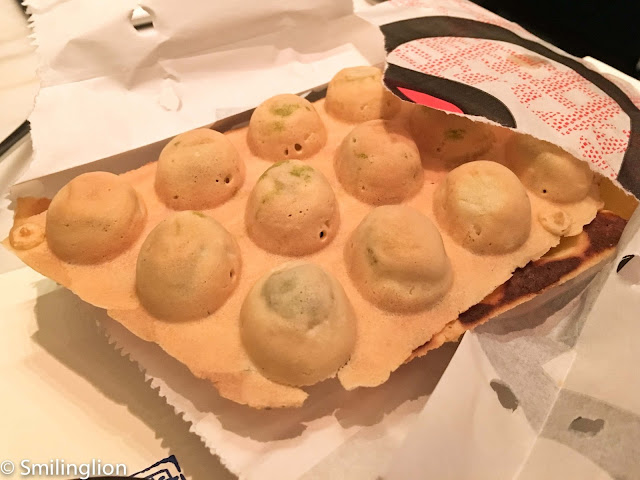 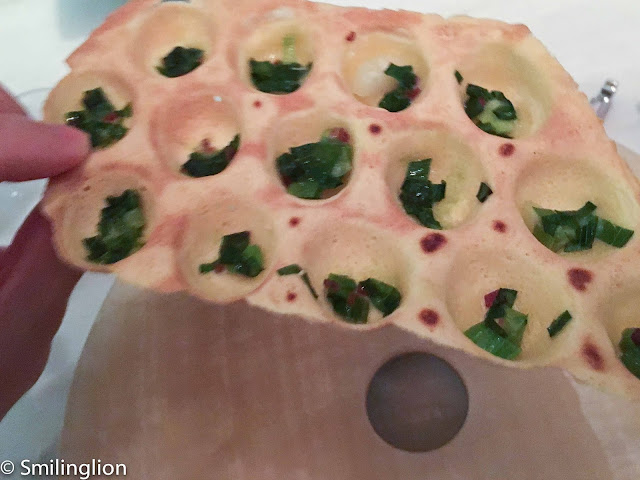 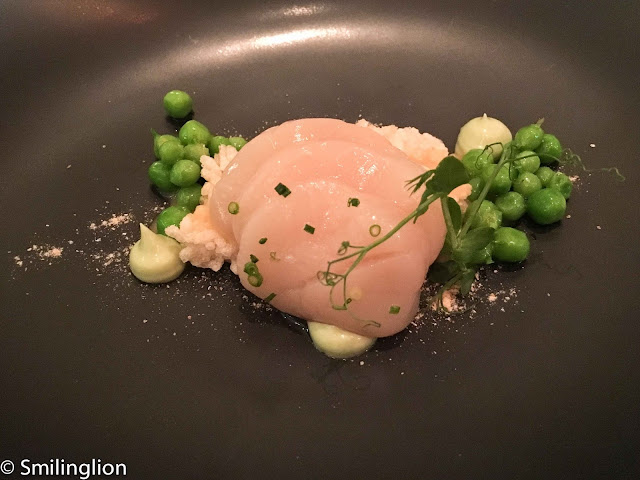 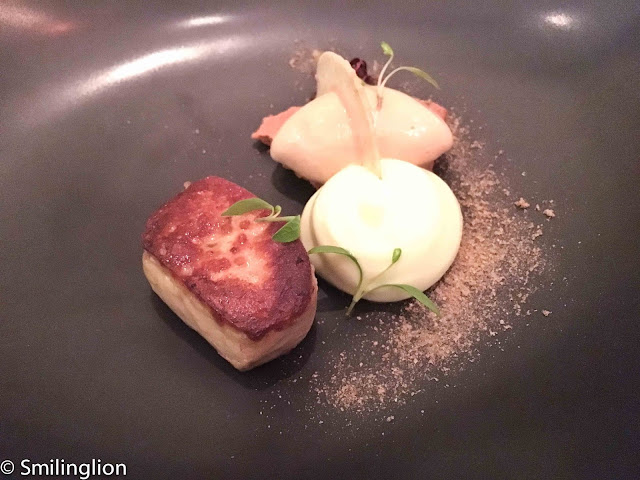 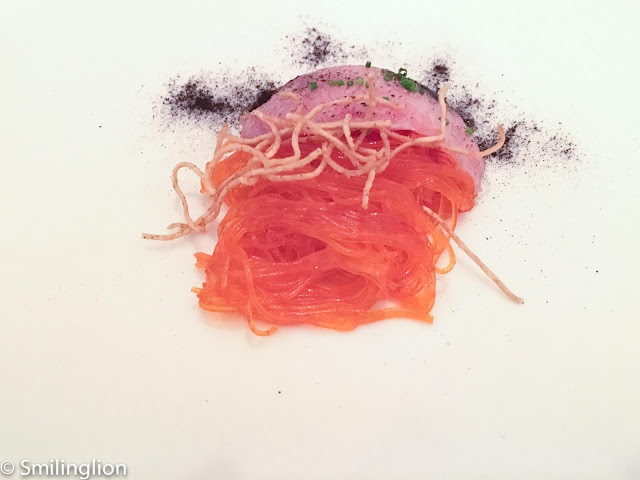 The supplement of Baby food (black truffle "chian dan chee") was very enjoyable and was an egg custard with bits of ham and black truffle, reminiscent of the chicken and egg sandwich this was supposed to reflect. 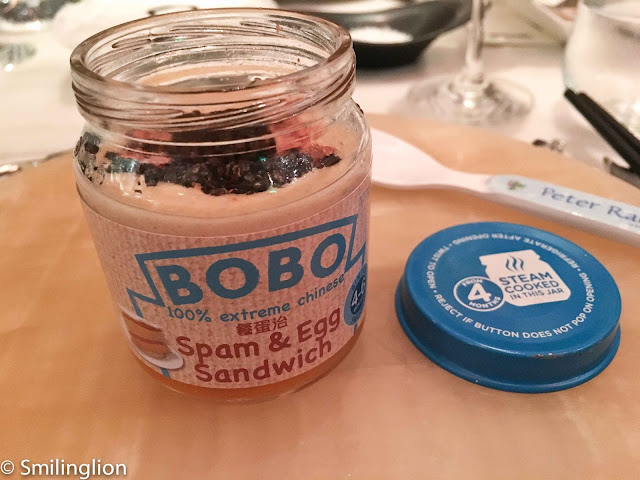 The classic Molecular (cha siu bao) was in the menu again. This was brilliant; a mouthful of flavours in a bubble which accurately mirrored the taste of a steamed barbecue pork bun. 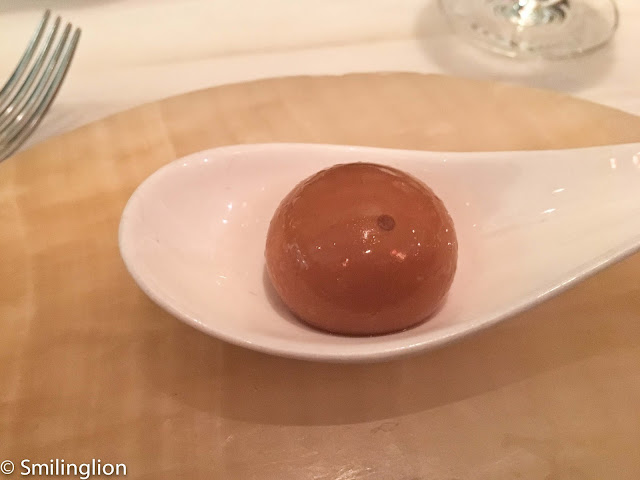 The Tomato ("pat chun" chinese vinegar, fermented Chinese olives "lam kok", marshmallow with green onion oil) was disappointing because of its overtly strong acidic flavours from which we could tell nothing about the dish. 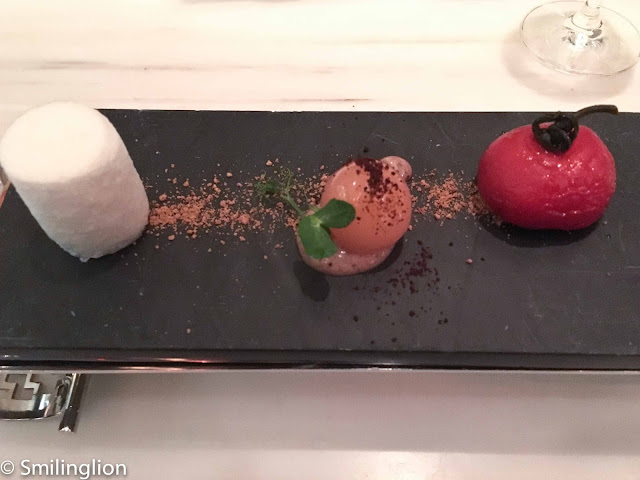 We had the red mullet before, but in 2008 that version was poorly cooked (undercooked to be honest). This time, the fish in the Red Mullet (black garlic, black bean, yuzu, mullet roe, pepper) was cooked perfectly. However, it was a pity that the black bean sauce was too overpowering and completely overwhelmed the dish. 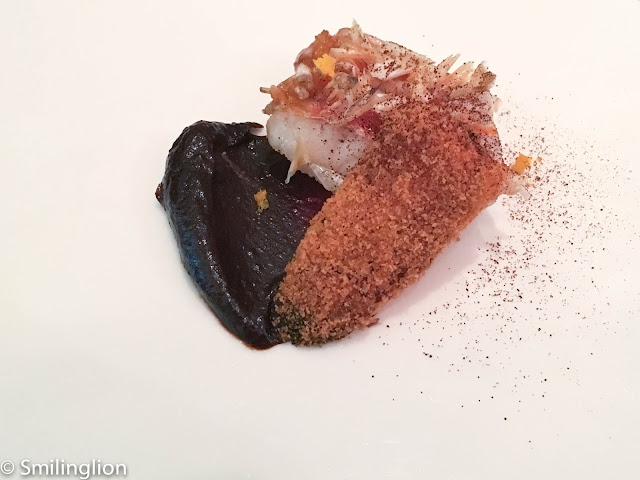 Another old favourite is the Mao Tai. This version was served in an ancient Chinese wine goblet and came with hawthorn, lemongrass and passionfruit. This palate cleanser was very refreshing and delicious. 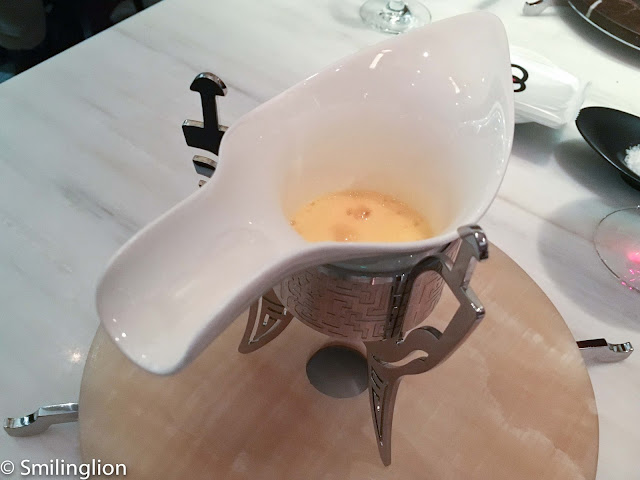 The main courses were competent without overly impressing. The Pigeon (black carrot, crispy kale, sour plum pigeon jus) and Saga-gyu beef (black truffle, soy, "cheung fun") were cooked well enough but similar to the red mullet dish, were let down by the lack of subtlety of the accompanying sauces. 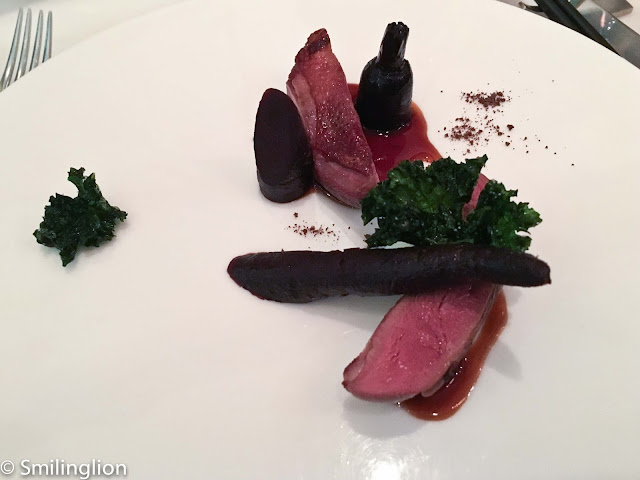 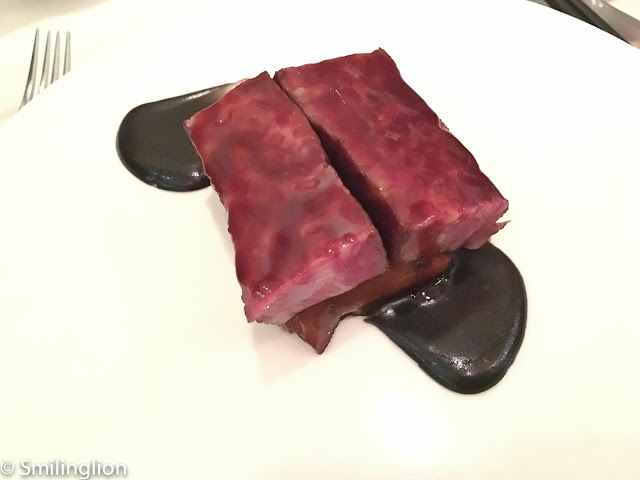 The dessert, the Bo Baba (chestnut, sugar cane, imo) redeemed the meal somewhat after the misses of the past few dishes, with the traditional Chinese sponge cake holding the rum in reinterpretation of the rum baba. This dish worked. 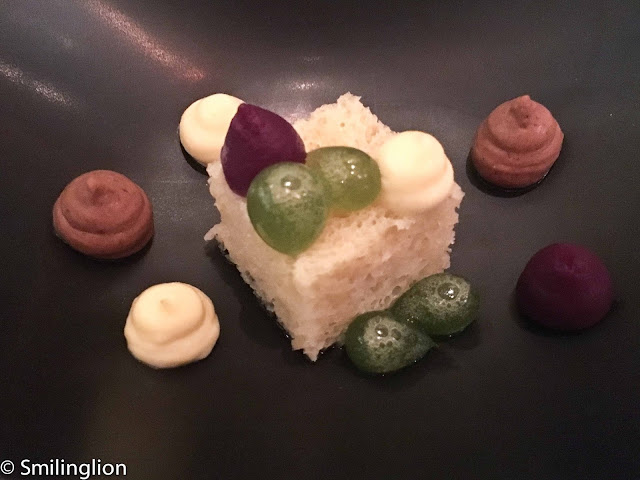 We were waiting all night for Chinese food cooked in a ultra-modern style as was advertised, but aside from the very few dishes which followed that theme somewhat (i.e. the Baby Food and the Molecular), everything else was western cuisine cooked using some Chinese ingredients which in most cases didn't add much to the dishes (except make everything more sweet and sour). Granted, the western cooking was of a high standard (for example the meats and fish were cooked precisely), but it felt that in order to shoehorn the Chinese flavours and ingredients to justify the cuisine, often the flavours of such Chinese ingredients were emphasised to the extent that they overpowered the entire dish.

In conclusion, this was not a bad meal, but even in our most generous of moods, we cannot fathom how this restaurant can be so highly regarded by the Michelin Guide. It fails the basic requirements for three stars on so many levels; the poor design and set up of the restaurant, the less than impeccable service and more importantly, the inability to execute to perfection its culinary identity. 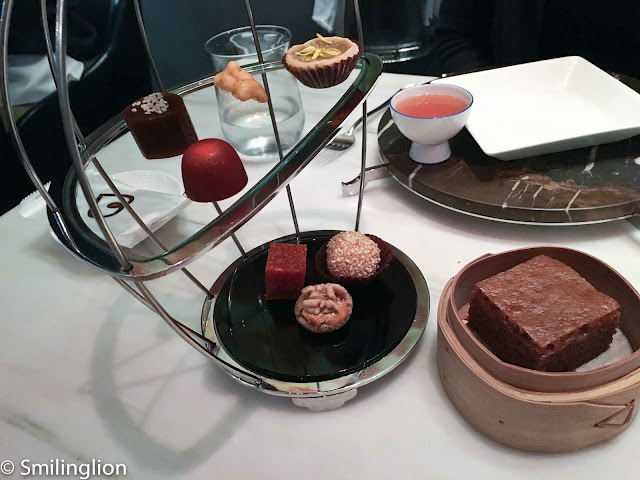