We had planned to visit Monte Carlo on this trip and had booked a night's stay at San Remo on route to Monaco. It was only nearer to our travel date that we learnt that Louis XV, which was the restaurant we had wanted to dine at in Monte Carlo was closed for renovations, hence giving us all the less incentive to drive so far west across the French border. We had, however, decided to keep the San Remo booking and travel there for the night. Big mistake. San Remo was no longer the jewel of the Mediterranean that it supposedly was 50 years ago. We should have stayed an additional night in Piedmont. To make matters worse, Paolo e Barbera, the restaurant we had read so much about and the main reason why we were making the stopover in San Remo in the first place, was closed that night. So we ventured a short distance away to Arma di Taggia, a 30 minutes drive away, to have dinner at La Conchiglia instead.

The quaint one Michelin starred seafront restaurant was located on a deathly quiet street just off the shore, and it was spooky walking along the pavement leading to the restaurant, with no one in sight yet with not a sound of the waves from the sea which was supposedly just metres from us. Maybe because it was a Monday, but we had not experienced being in such a deserted public area in a supposedly touristy part of Italy. It felt almost like we were in an abandoned movie set for a B-grade zombie apocalypse production.

So when we found the restaurant, an old pink house, it was almost like discovering safety from a surreal and frankly disorientating external environment. The restaurant itself did not give us the feeling that we were back in the modern real world. In fact, the doilies prominently laid out on the tables gave the impression that this was a place still stuck in the past. But that was probably the extent of our bizarre experiences that night. Once we settled down at our table (and as it transpired, we were the only table in the restaurant that night), the dinner itself was quite enjoyable. 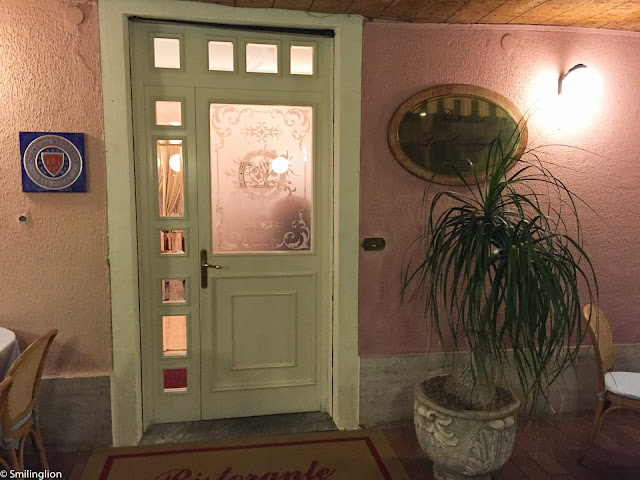 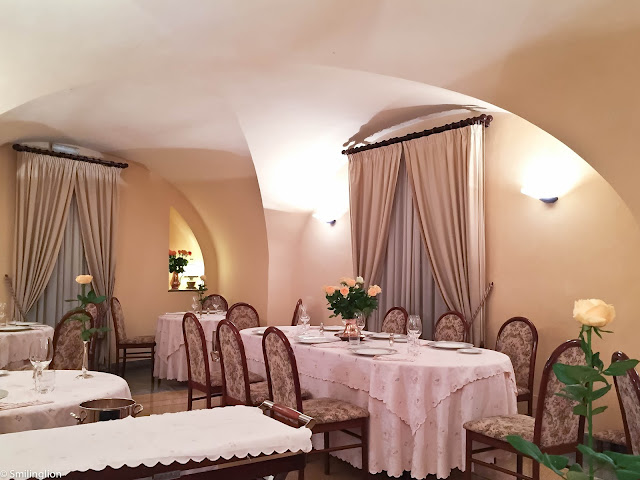 We were warmly welcomed by a gentlemen who we took to be the chef's husband, and he gamely took on the waitering duties for half an hour before the actual waiter (who we presumed was on duty that night) turned up late and appropriately flustered. In the meantime, the chef's husband explained to us in his best English the specials for the evening, which included a large two-feet long fresh fish from the local waters. As we had expected, our meal that evening was going to be exclusively sourced from the sea just outside the restaurant, paired with a decent bottle of local Ligurian white wine. 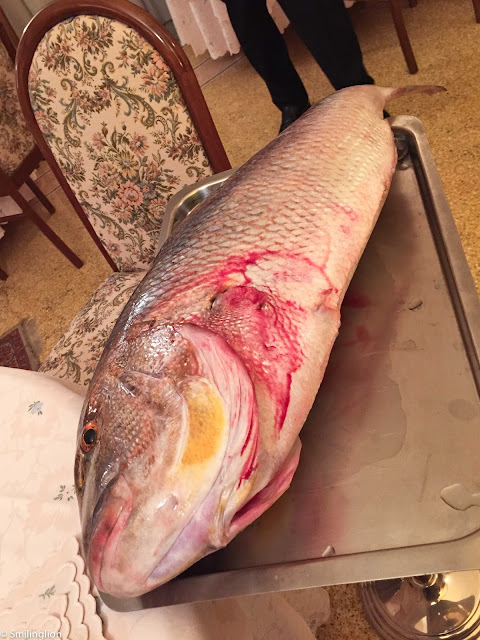 The meal started off with a very simple mashed fish, followed by a fried baby squid and a tagliolini with fish which were both very good. The fish stew (from the large fish presented to us at the start of the dinner) was made with a very tasty stock but we felt that the fish was quite tough (perhaps a consequence of the fish and not the cooking). 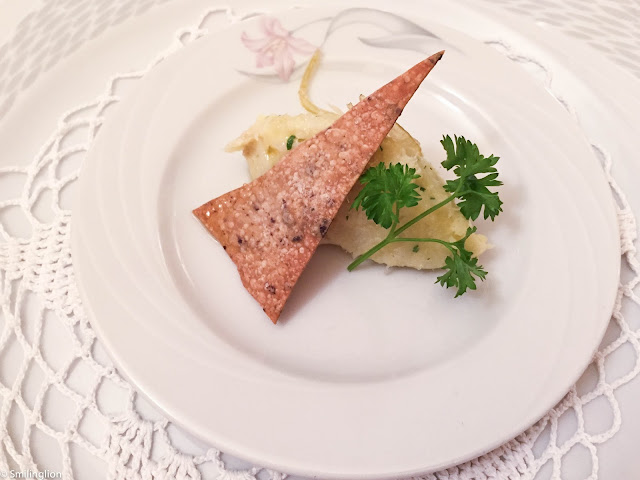 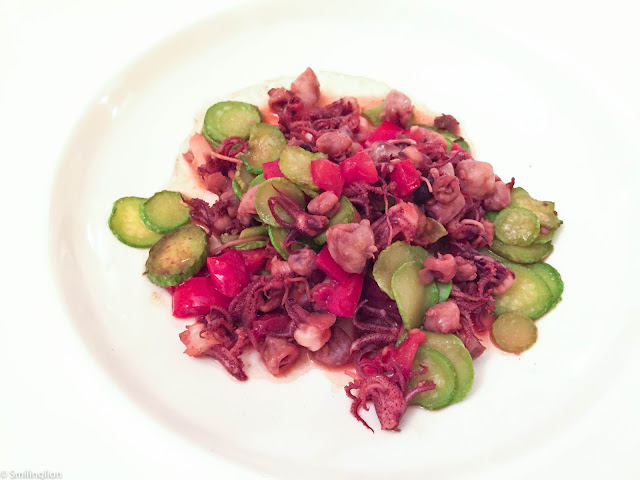 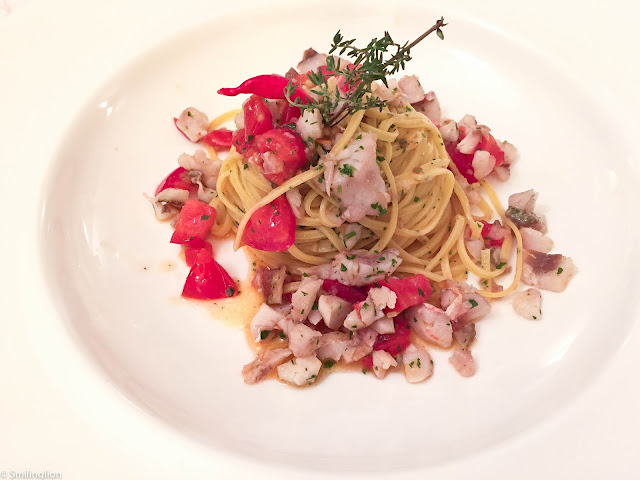 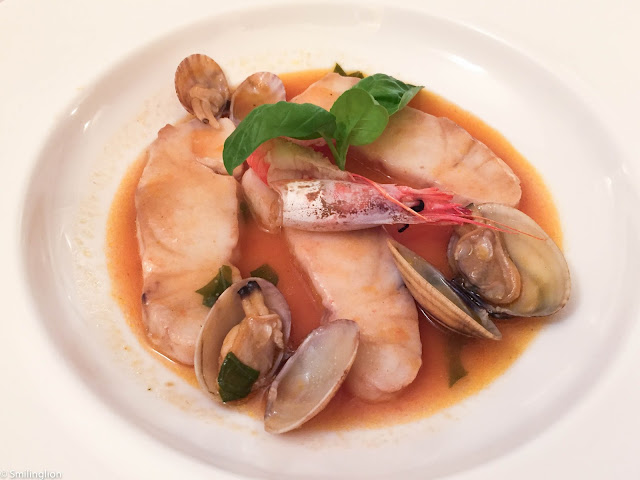 Desserts were simple but the rum baba was notably well-executed and the raspberry cannelloni was also of a very high standard. In all, the food was good though we felt that the meal was expensive for what it was (this would fall in the category of a very good Italian home-cooked meal). Maybe this would be a much more enjoyable place for a meal on a Sunday afternoon with the bustling beach just outside, but on a quiet Monday evening, this was just one of our strangest dining experiences ever. 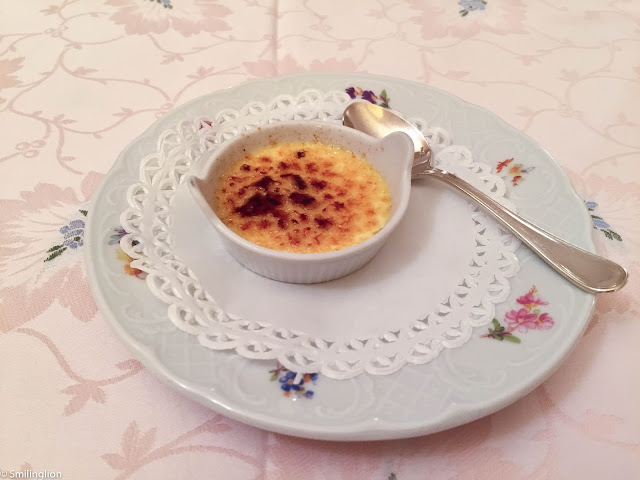 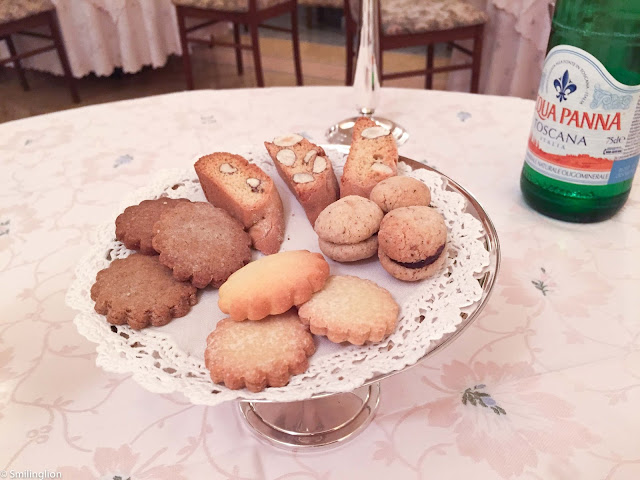 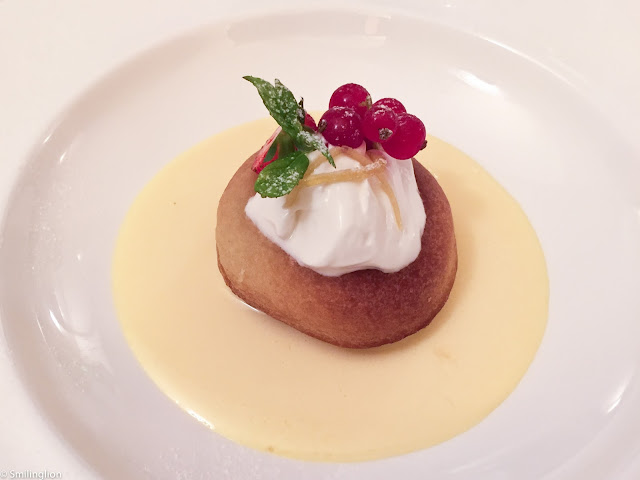 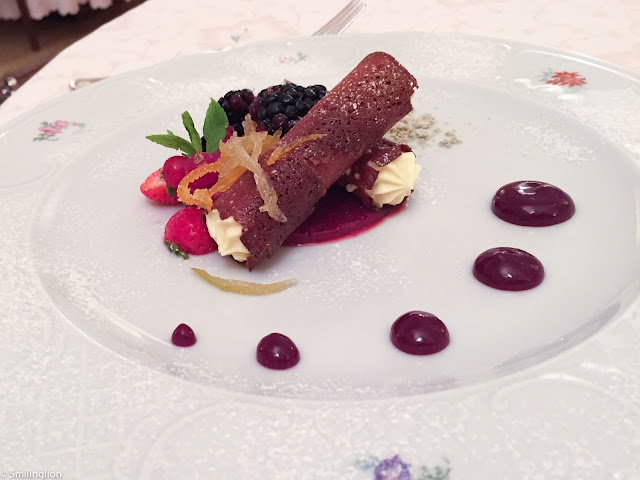