During our whistle-stop trip to London this time, we could not pass up the opportunity to try Dinner by Heston again. Ironically, for the second consecutive year, we had Dinner for lunch (see previous trip: Dinner). Eating here always seems to me to be rather uncomplicated. Given the size of the portions and the rather heavy and rich food, it made sense for us to have a maximum of 3 courses. And with the starter and dessert choosing themselves by virtue of their fame, it left us picking the main course.

Meat Fruit (c. 1500) - Mandarin, chicken liver parfait & grilled bread: If the Brits were eating food like this in the 1500s, it makes us wonder why their cuisine has generally had such a bad reputation. This was again possibly the best liver foie gras mousse we've ever had. The chicken liver (quite unusual yet made sense in that it didn't have overbearing strong smell and flavour of duck or goose liver) was so fresh and was so well balanced with the mandarin coating that it wasn't much difficulty for us to each finish the tennis-ball-sized mousse. 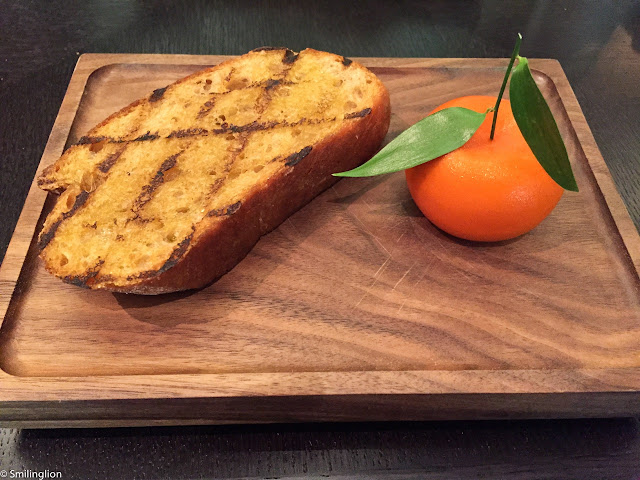 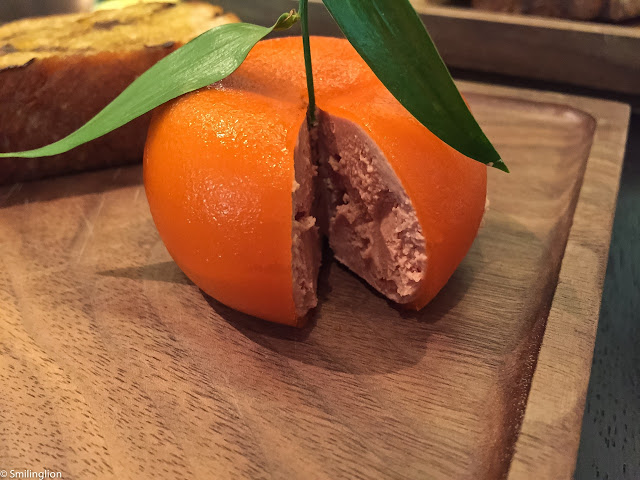 Roast Iberico Pork Chop (c. 1820) - Smoked hispi cabbage, confit onion, apple & mead, Robert sauce, and Powdered Duck Breast (c. 1670) - Smoked confit fennel, spiced blood pudding & umbles: We felt that the main courses this time were superior to that of our last meal here. The pork chop was caramelized to perfection, while maintaining tenderness, juiciness and a slightly pink centre. The duck breast (which I normally avoid in restaurants but it was strongly recommended by the waiter) could have been the best (done in a western style) I've ever had, with its skin done to a crisp and the meat cooked to peak succulence and consistency. Even the blood pudding (typically overbearing in flavour) was surprisingly subtle in its execution. 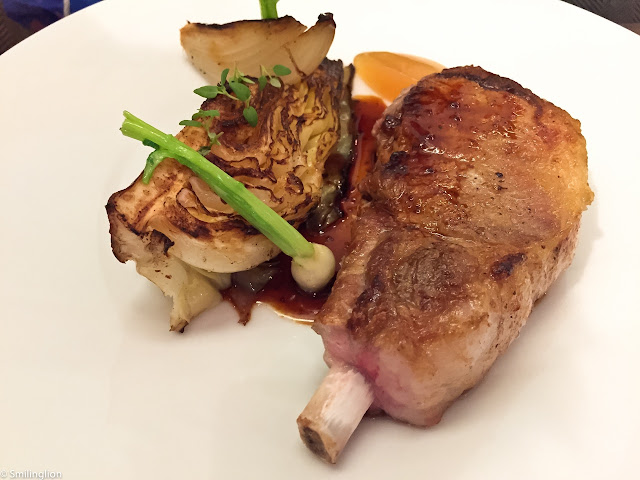 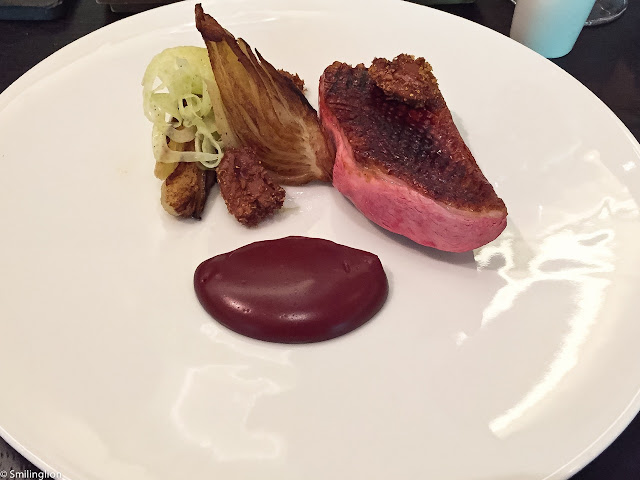 Tipsy Cake (c. 1810) - Spit roast pineapple: For dessert, what else but the famous Tipsy Cake? Though if we were being honest, we felt that it was a bit overrated, and wondered if its reputation and the fact that the pineapple was roasted for more than 4 hours had any bearing on it being regarded as any more than a simple bread soaked with pineapple juice and liquor accompanied by a piece of fruit. 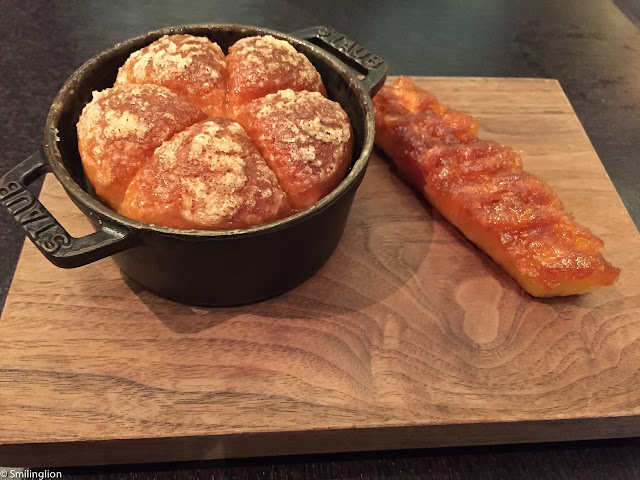 Lunch was concluded with a spoonful of chocolate earl-grey ganache. In all, Dinner was again a very enjoyable place to have a fine dining meal which was quite unlike the more stuffy environments normally expected of a 2 Michelin star restaurant in London. We had a half-bottle of an Amarone which was a good choice considering the cuisine and the service was excellent throughout. 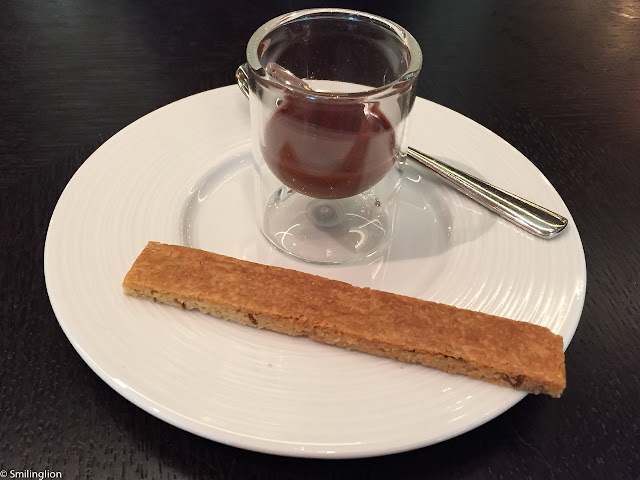