It was the end of a very short two day stay in Toronto and I wanted to have a good yet casual meal somewhere within walking distance of my hotel (in the Financial District). From my online searches (mainly on Chowhound.com), my ideal dining destination would be a relatively new bar/restaurant in the middle of central CBD, Richmond Station. Opened a couple of years ago by two young chefs Carl Heinrich (winner of Canada Top Chef Season 2) and Ryan Donovan, the narrow shop space is dominated by a long bar counter and smaller tables along the side. Despite its appearance as a casual bar/diner, Richmond Station had been garnering rave reviews and was renowned for serving relatively simple yet good food. 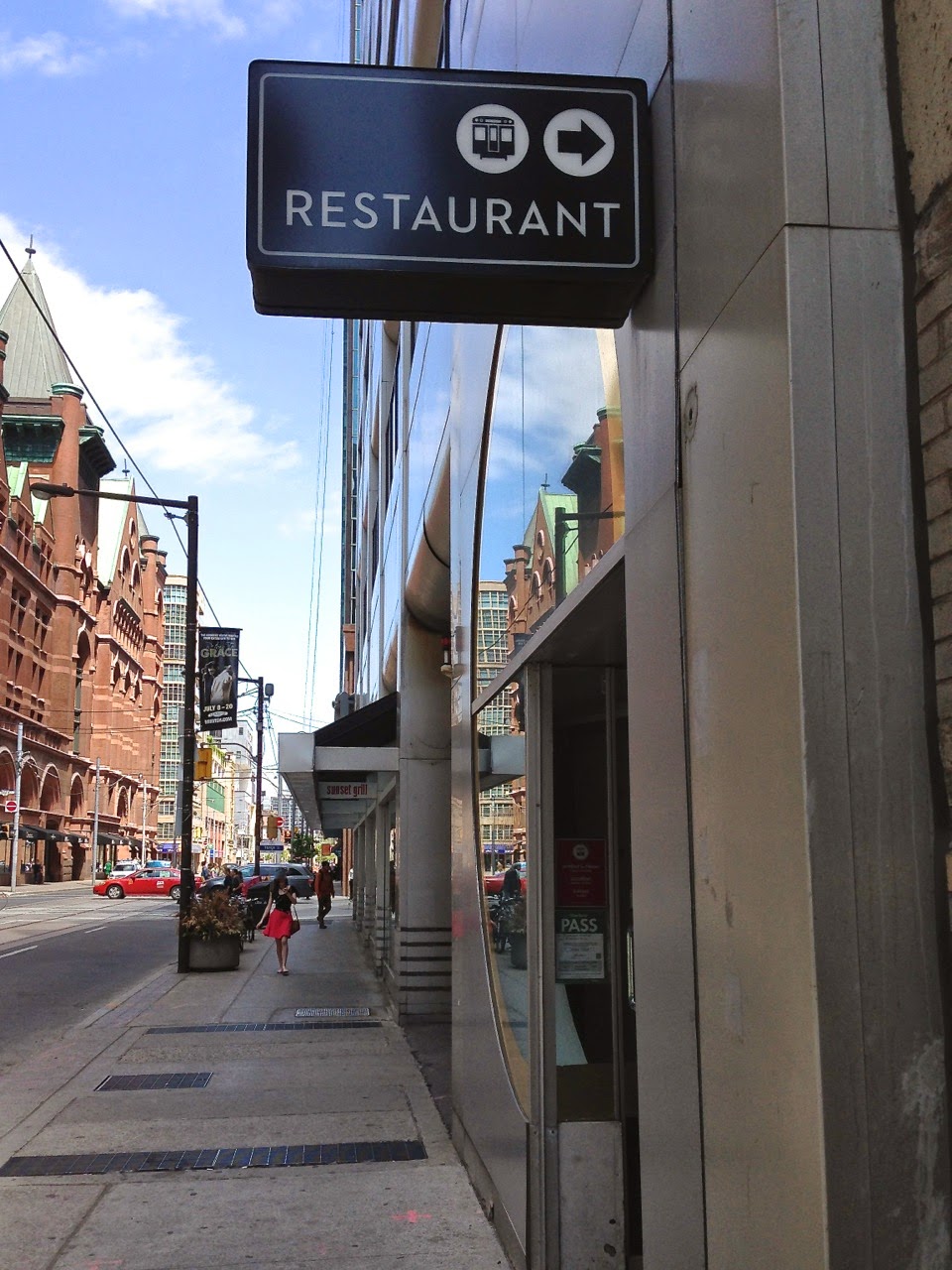 Having made a late reservation, I got there just when the usual lunch crowd started milling out. I perched myself at the bar counter and with the help and recommendation of the very friendly wait staff ordered the oysters (specials on the chalkboard) and a glass of Californian Pinot Noir. The Macintosh oysters from Nova Scotia were very large and extremely delicious. 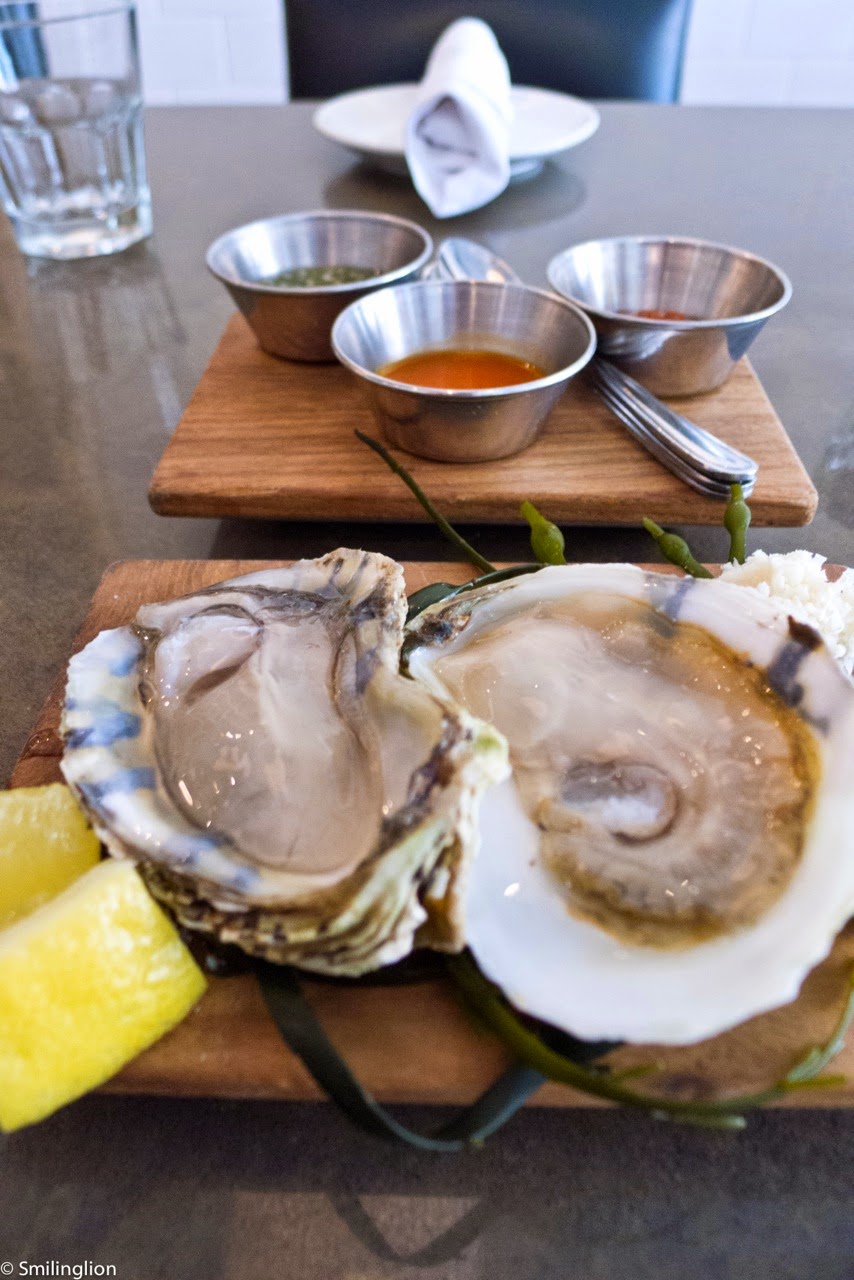 Their food menu was on a single page in a bistro-style. I ordered what I had read online to be one of their specialities: the quinoa salad. I have always been lukewarm towards quinoa but this salad was very impressive. Was it the deep-fried crispy bits, the balanced use of herbs and sautéed vegetables or the tangy mayonnaise? Whatever it was, the dish was very enjoyable. 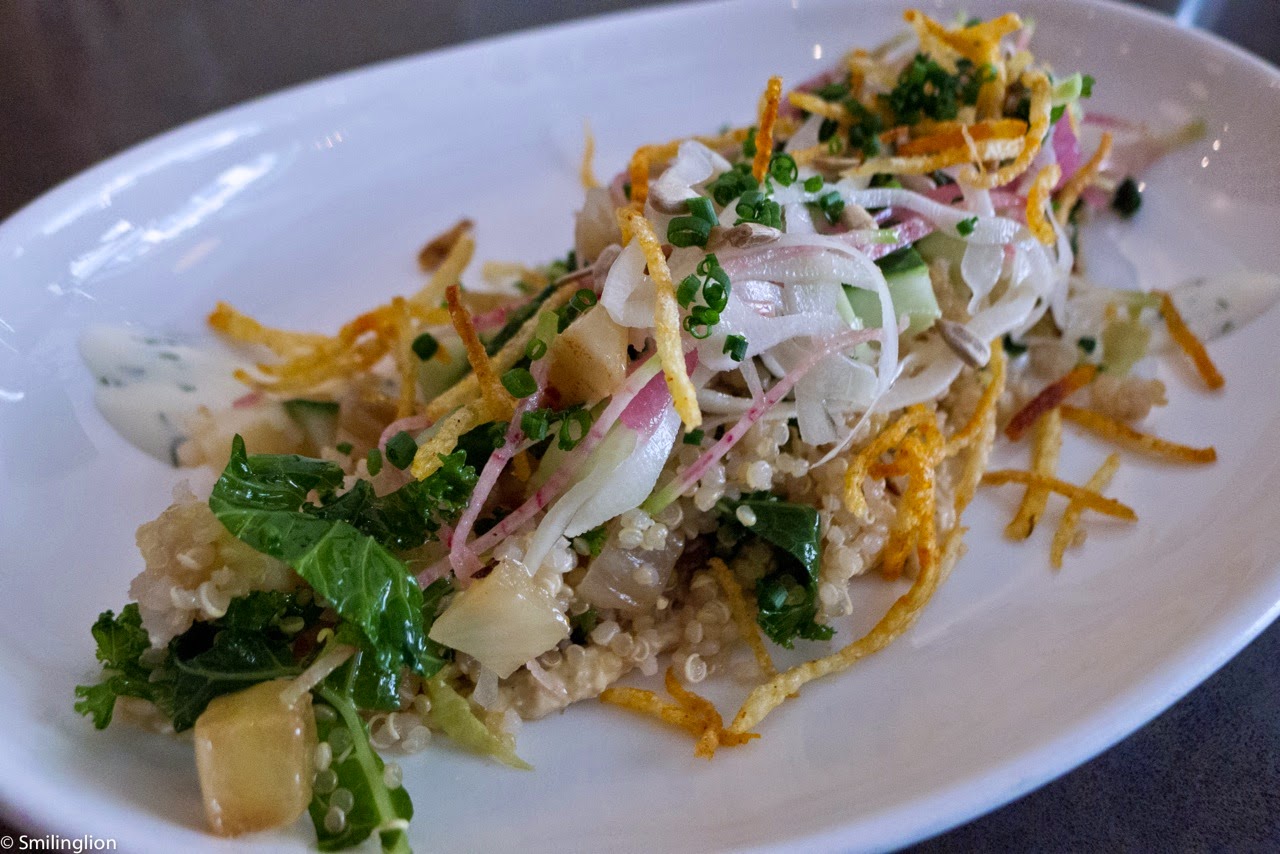 The burger was also another dish which came highly recommended. And it turned out to be one of the best burgers I have had in a while. Aside from the perfectly toasted bun and fresh crispy lettuce, the patty was very unique. I'm not sure if it was deliberate but the patty had several different textures about it: the outer layer was slightly and nicely burnt, followed by the rather raw and juicy beef and then at the centre of the patty was another layer of beef which was a bit more cooked. Hence, there were 3 layers of beef within the patty, all of different doneness. The result? A burger which patty had texture in addition to taste. I was puzzled as to how they achieved it. Was a thin later of beef patty first grilled, then the rest of the beef combined to make the entire patty before the patty was grilled as a whole? 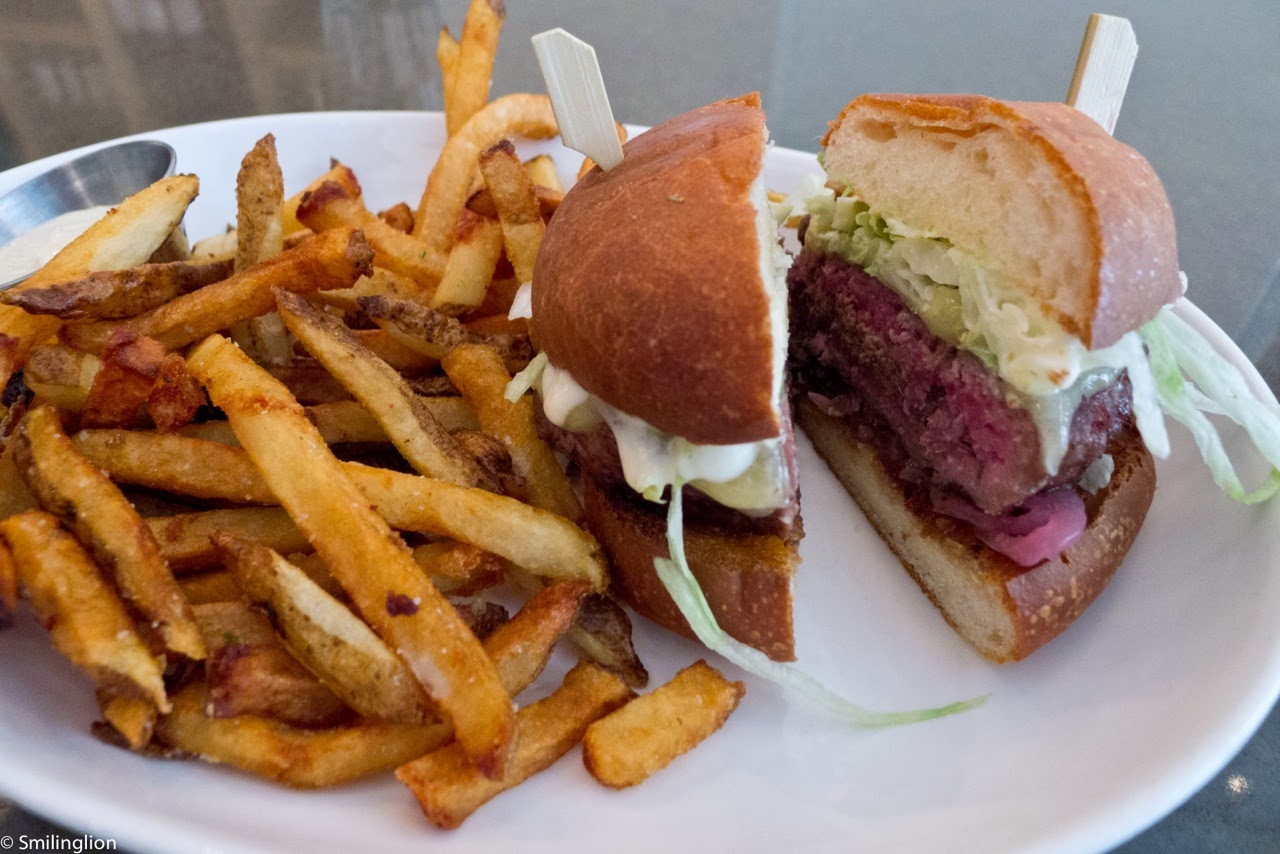 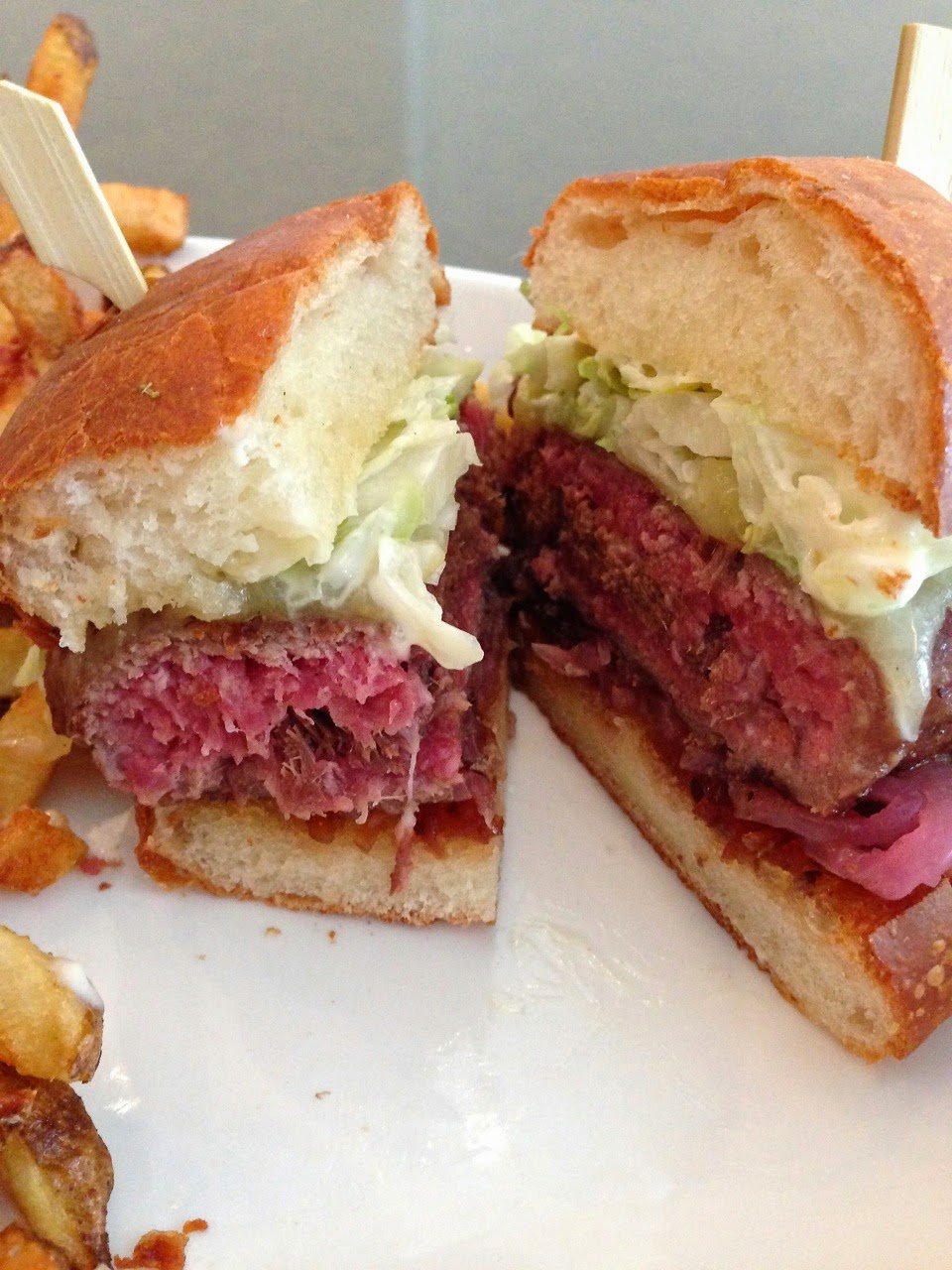 To end off, a dessert which was rather out of place in a bistro. The 'Snozzberry" sherbert was a delightful splash of colour, textures and flavours with angel-food cake, ice cream and jelly. True to its name, I couldn't really put a finger to what the sherbert tasted like, it was a bit milky yet didn't taste like milk or vanilla. It had no discernible taste yet together with everything else on the plate, this dessert was quite special and was a memorable end to a very good lunch. 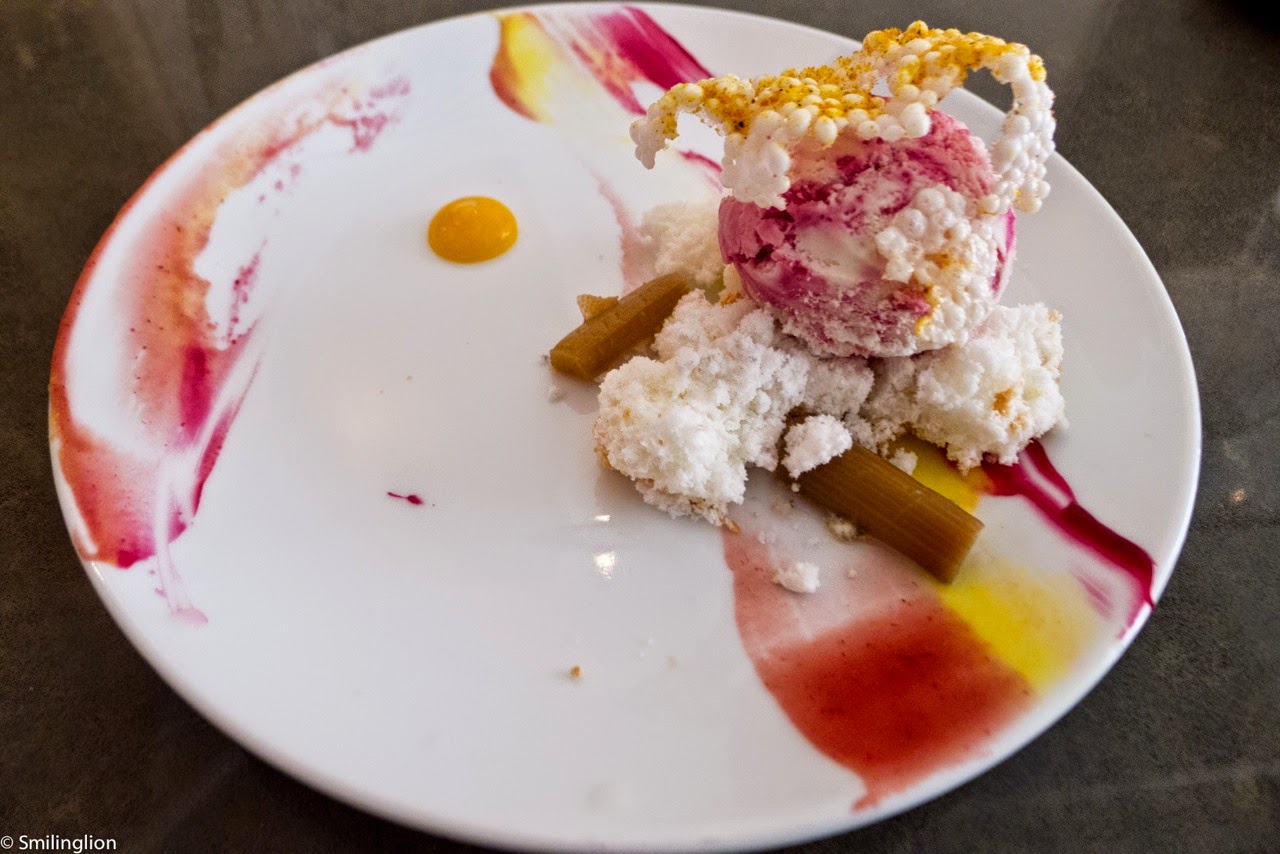