Vertical is a one Michelin star restaurant set on the top floor (9th floor) of the relatively new 'design' Confotel Aqua 4 Hotel, which overlooks the impressively vast City of Arts and Sciences (which contains Europe's largest aquarium, arts and science museum and an IMAX theatre) and parts of the Jardins del Turia. It takes the entire top floor of the cylindrical building and has a panoramic view of the city. Disappointingly, the City of Arts and Sciences isn't lit at night so there isn't really much to see when it gets dark. 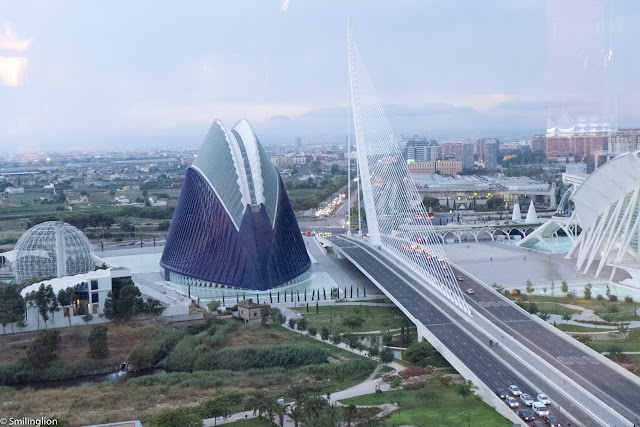 Access to Vertical is rather inconvenient. It can only be accessed by way of a lift which is located at the lobby of the hotel Confotel Aqua 4, which itself is on the fourth floor of the complex in which it is situated. We had some trouble finding our way to the restaurant and as it was raining that evening, there was no easy way to get to the restaurant by taxi without finding ourselves caught in the rain. Once there, though the tables next to the windows had a good view, the interior decor of the restaurant felt rather dated and quite kitsch. Service was also rather reticent and throughout the meal, they seemed like they'd rather be somewhere else. 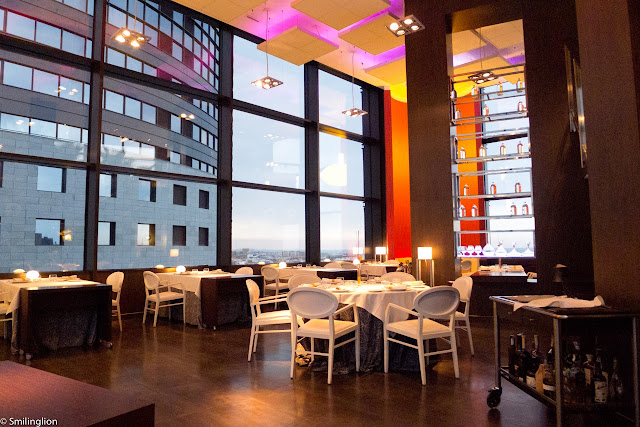 We were not given a food menu. The server came by and told us what they were going to serve for a tasting menu that night and what we were allergic to. We thought this was rather unusual. The meal started with a tray of amuse bouche which was frankly very ordinary. 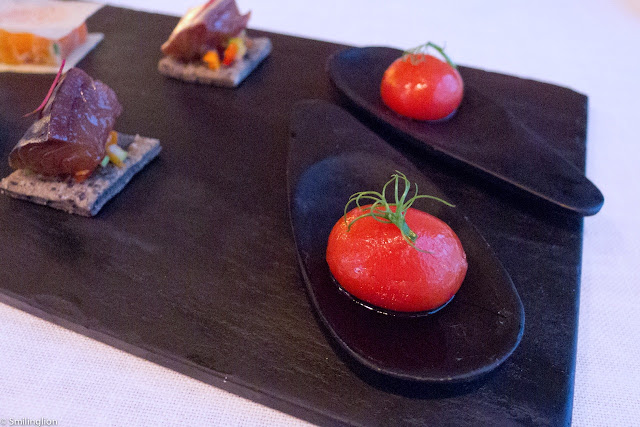 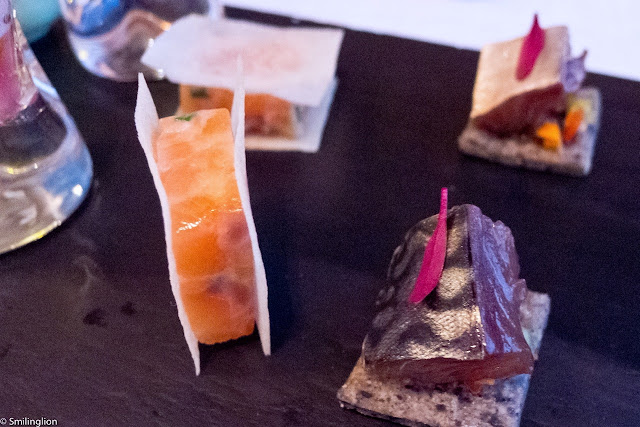 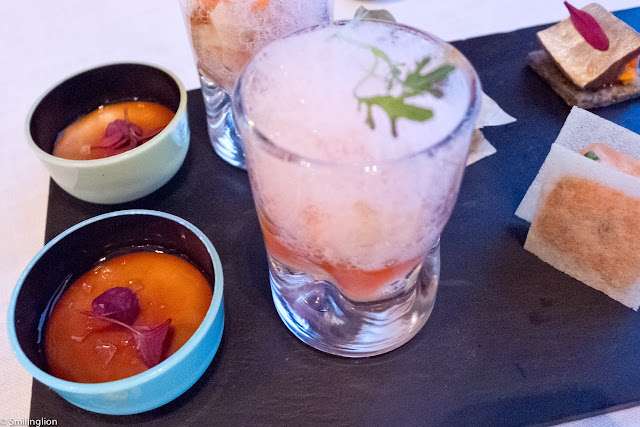 Also, they served a bowl of croquettes with a foam dip, but the croquettes were soggy and quite bad. 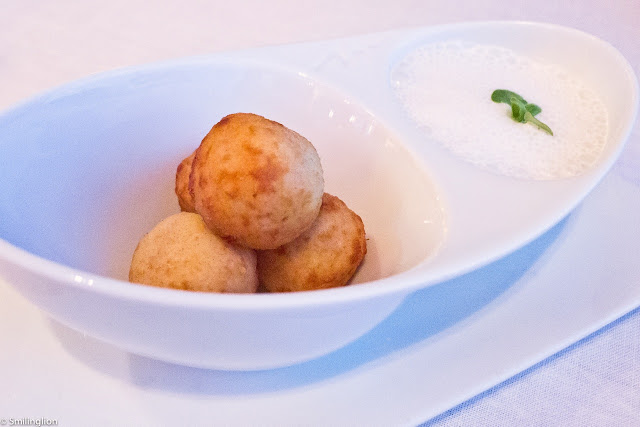 The first dish was a gazpacho with raw tuna and pine nuts. This was quite good. 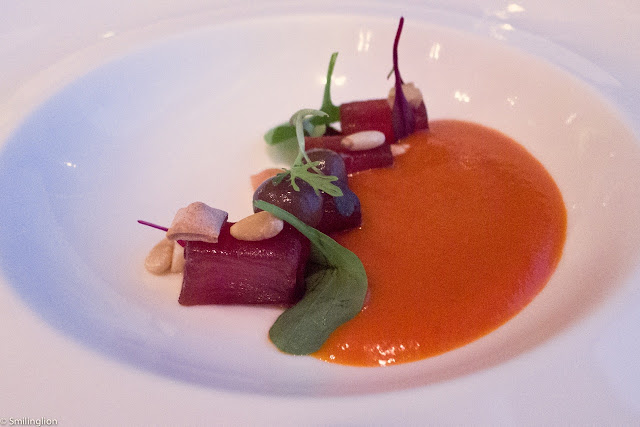 Then a dish of seared scallops with egg yolk accompanied by a bisque. The individual ingredients tasted fine (everything tastes good with egg) but as a dish this was rather uninspired. 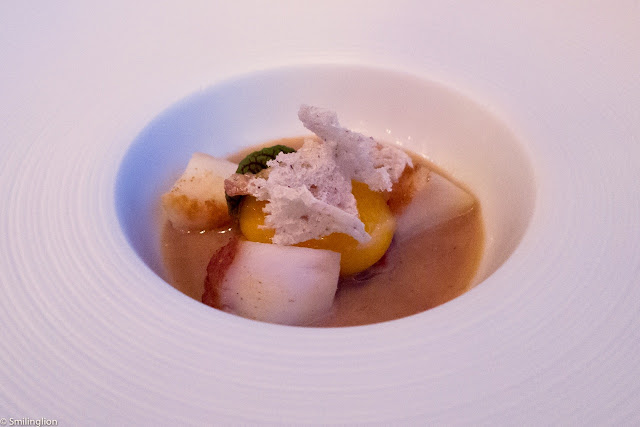 Then it was a Valencian paella with smoked jamon and a spinach crisp. This was reasonably good. 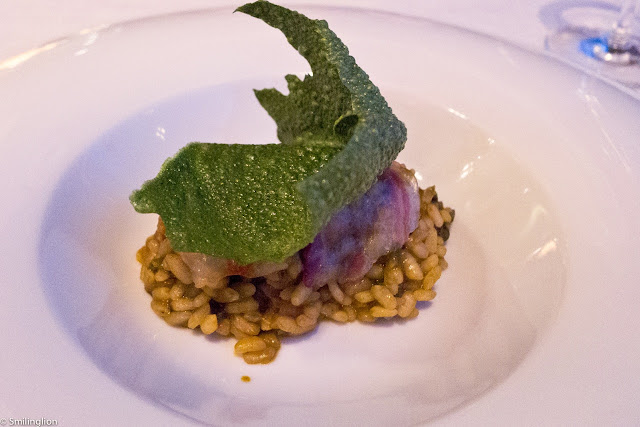 It was at this point when the meal went drastically south. My seabass dish was so undercooked that the fish was still red inside and couldn't even be cut with a knife (as it was too raw). We had to send it back, and it was the first time ever we had sent a dish back in a Michelin star restaurant. Although they were good to recook a new portion of the fish (and didn't simply microwave and re-serve it), we were annoyed that they didn't acknowledge nor apologise that their fish was inedible, but instead defensively claimed that we simply preferred it more cooked. 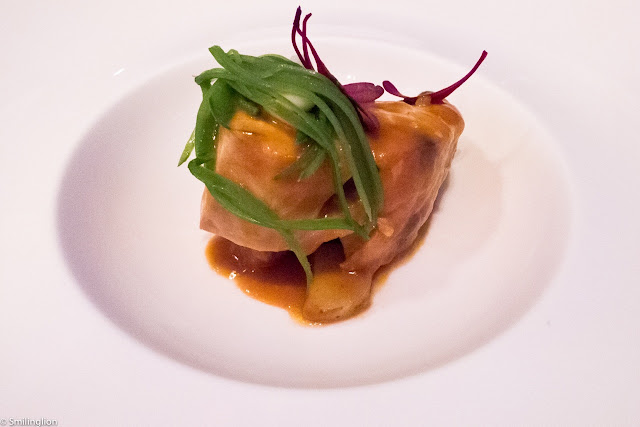 The final main course was the beef royale which was a tower of pulled beef cheek with a piece of foie gras in it, and liquid parmesan cheese bubbles. The beef came out cold and the dish was quite tasteless. 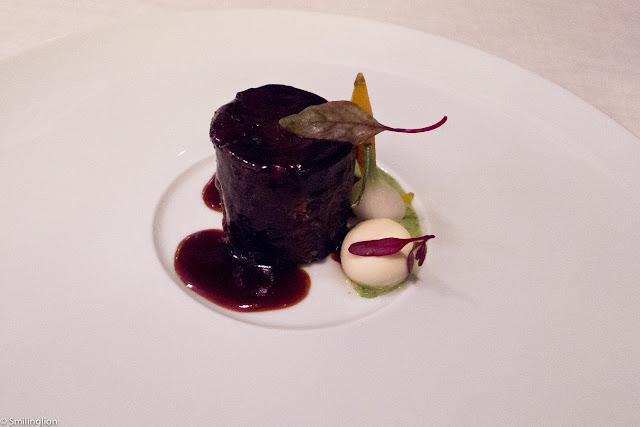 Fortunately, it wasn't an unmitigated disaster as desserts were decent. I liked the mandarin orange (strikingly similar to something we had at Cepage in Hong Kong), which was a vanilla ice cream covered by a mandarin orange jelly. Execution-wise though, this was miles away from Cepage's version. 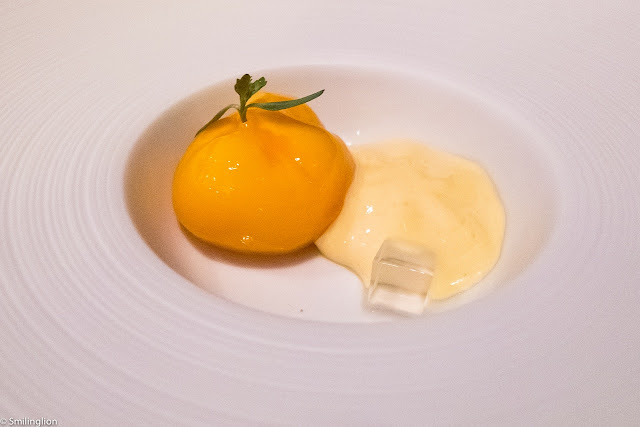 Finally, the chocolate dessert, with chocolate soil, peanut butter and coffee ice cream was ok although in no way comparable to a similar dessert we had the previous night at Ricard Camarena. 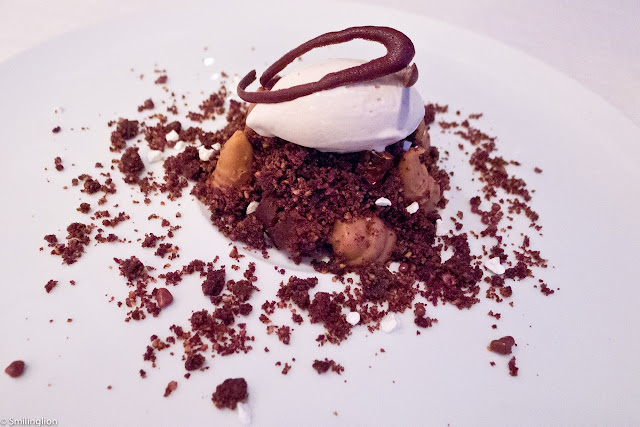 Final Thoughts: We were surprised that this restaurant had a Michelin star. The entire dining experience here felt tired; and the lack of motivation was apparent in the service and the cooking. The food was good for an average hotel restaurant but in no way up to the standards required to be included in the Michelin Guide. In hindsight, the views weren't even that great, and without even that, there is no other reason for us to ever want to eat here again.
Posted by Smiling Lion