Few will argue that Cal Pep is one of the most famous and perhaps also one of the best traditional tapas restaurants in Barcelona. We have been told to go there by so many of our friends that this time we planned to get there early before they opened for lunch since they didn't take reservations for 2 persons. The queue stretched out pretty quick but fortunately for us we got there 30 minutes in advance and was early enough in the queue to be the first wave of people to be seated at the bar when it opened (if we had missed the first group, we would have had to wait for another hour for the next round of seatings).

Located at the heart of the very idyllic and chic El Born district in Barcelona, Cal Pep is a narrow restaurant dominated by a long bar counter, with seatings for bigger groups in the restaurant area at the back. 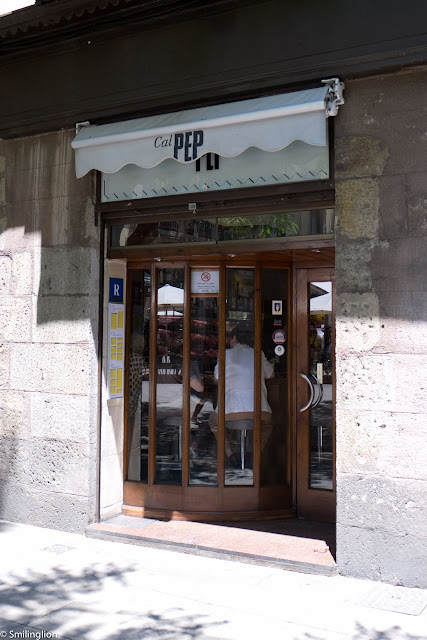 Eating at Cal Pep is a noisy and energetic experience. At the counter, they will take your orders or ask if they can make the menu up for you, and when we were there, the gruff but otherwise affable owner Pep Manubens was patrolling the counter area constantly scolding us for trying to eat our food elegantly with our utensils (he kept gesticulating for us to use our hands!). Also, because of the growing queue (which they allowed into the restaurant), we had a row of people standing right behind us watching us eat and mentally willing for us to quickly finish and vacate our seats. So it could be rather stressful, having a crowd of people as hungry as a pack of hyenas breathing down our necks and waiting for us to finish eating and move off. 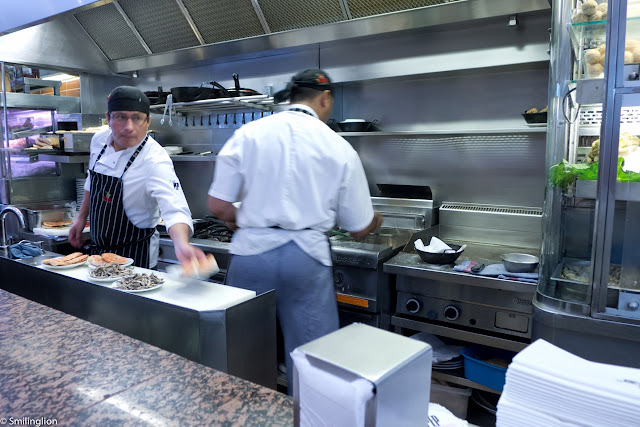 The tapas on offer here was very traditional, and included local favourites like the tomato and olive oil bread and grilled peppers, which were excellent. 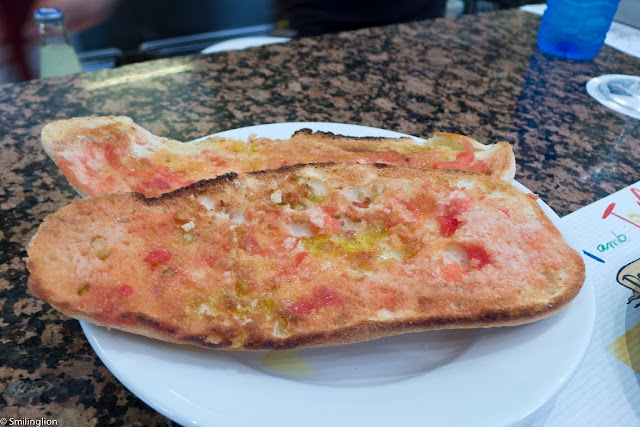 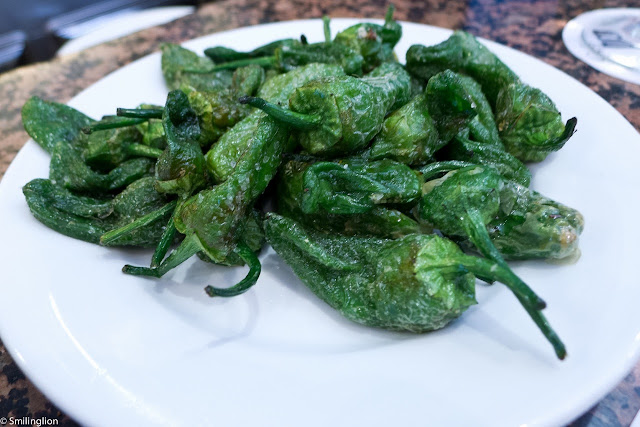 The clams were very fresh and were lightly fried in their own jus, olive oil and salt. They were addictive and delicious. 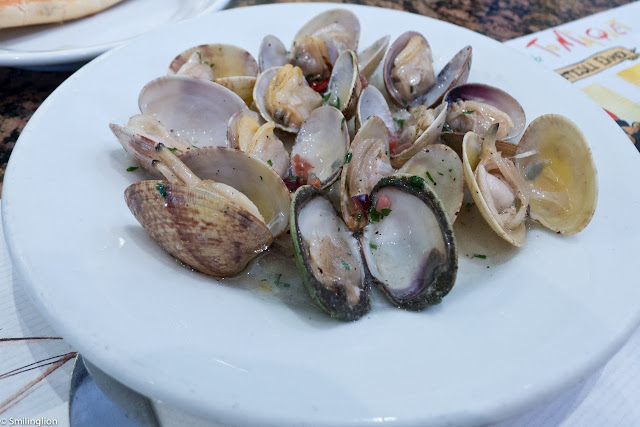 The tuna tartare was seasoned perfectly and was so good on its own that it didn't need to be eaten with the bread (which was just as well since the bread would unnecessarily fill us up). 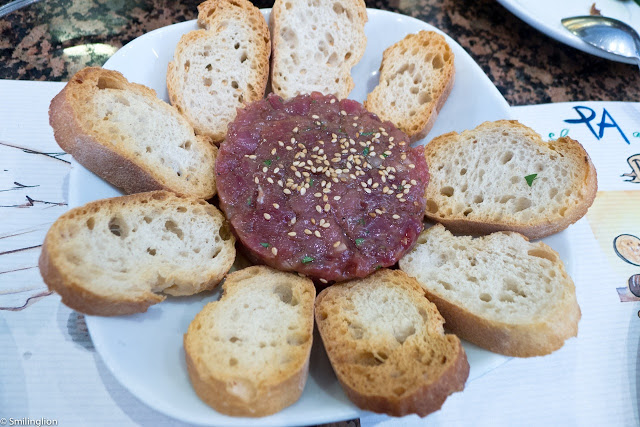 Next was the calamari which was also beautifully breaded, and would be one of the best calamari dishes we have had. 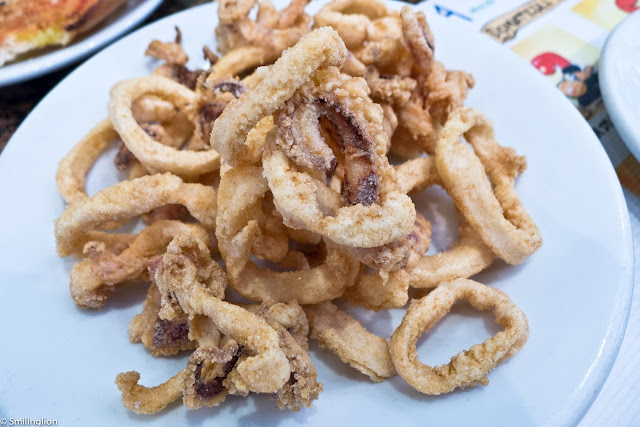 This wasn't on the list of food which the kitchen was supposed to serve to us, but we saw our neighbors at the bar having the Spanish tortilla and it looked delicious. It was slightly ambitious for us to finish 2 large slices each of this egg and potato dish but it was so good we ate it all in no time. 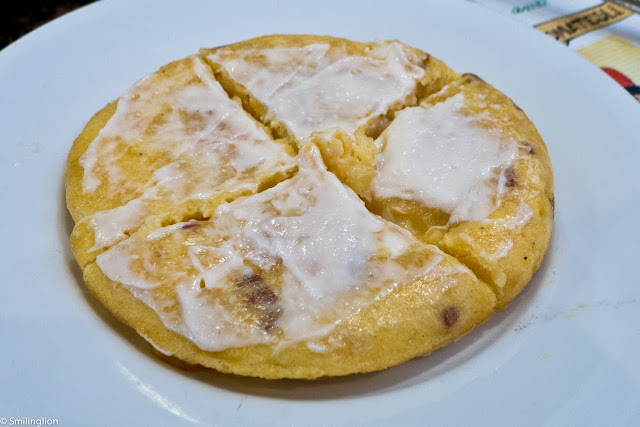 Finally they served us a baked monkfish (it was a whole fish which was then filleted and served to us in individual portions, with a side of baked tomato and potatoes). It was good though perhaps slightly undercooked (which meant that it didn't have the springy texture we love about perfectly cooked monkfish). 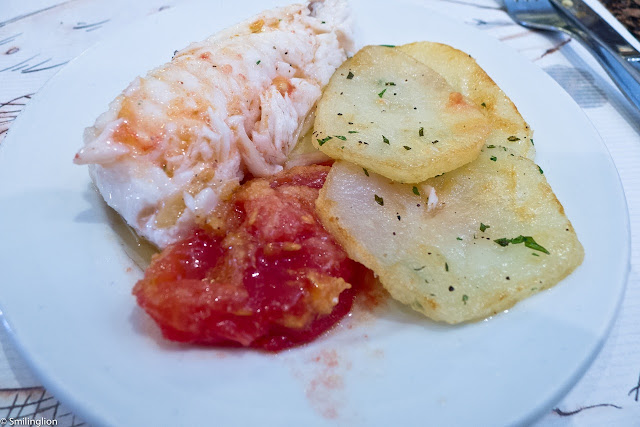 For dessert, this was their version of a profiterole, i.e. whipped cream and vanilla ice cream wrapped in a sandwich of choux pastry drizzled with chocolate sauce. 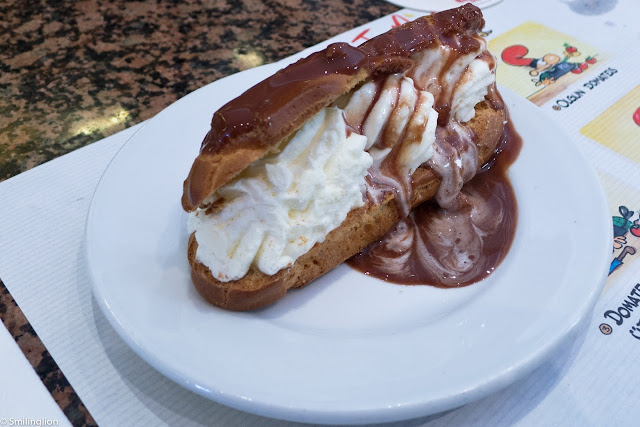 Final Thoughts: We loved our meal here. As simple as it was, this was the embodiment of the traditional tapas experience in Spain. The queue was long, but once seated, the food came out very quickly, and service was prompt but not hurried. The food itself was hearty and unpretentious, and sitting at the counter it was mesmerizing to watch the chefs whip up the food with such efficiency and enthusiasm.
Posted by Smiling Lion