Terra is a long-time Napa Valley favourite for diners. It is located in the small town of St Helena along the Napa Valley wine route and can be found in an old farmhouse building just off the main road. There is a rustic bar (where they serve food as well) on one side of the building and the other side houses the fine dining restaurant. Chefs Hiro Sone and Lissa Doumani have created such a reputation with their culinary offerings at Terra that their more recent venture into the big city, Ame, in San Francisco started out very successfully on the back of their renown. Though both their restaurants each have a Michelin star, the dining concept and restaurant setting couldn't be more different. Unlike Ame's modern American/Japanese sophistication in the uber-lux St Regis Hotel, attracting a suited and urbane crowd to its sushi counter or contemporary dining room, Terra felt more European countryside with its exposed stone walls, stone tiled floor and simple wooden furniture.

The food as well was less cosmopolitan that its younger sibling's; at Terra the cuisine was essentially American with strong influences of Old Europe. Despite being in the heart of wine country, we were quite disappointed by the wine list as everything seemed just so expensive. In the end we settled for a rather forgettable (but relatively affordable) Napa Pinot. 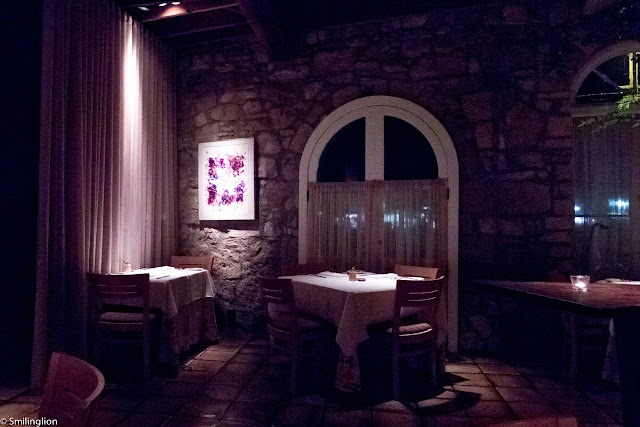 We opted for a five and a six course menu of mostly different dishes so that we could try as many of the food as possible.

Dungeness crab croquette: This was disappointing. The croquettes were cold and the skin was quite hard and chewy. 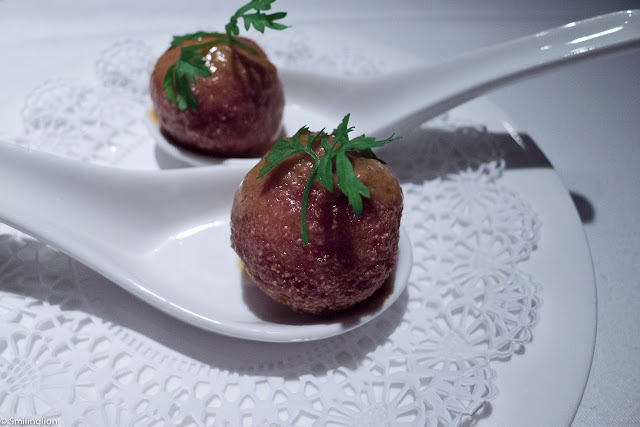 Chilled capellini with American caviar, caper, virgin olive oil and chive: This looked like it would be very nice by unfortunately the capellini was quite tasteless and all the flavours were to be derived from the caviar. For that reason we felt that this dish was quite unbalanced. 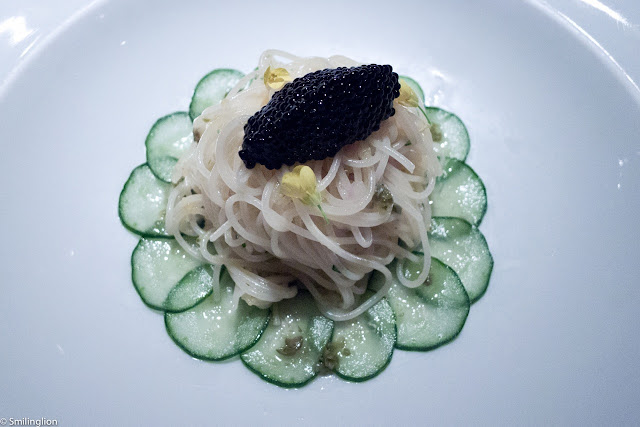 Fricassee of sweetbreads and Maine lobster in black truffle sauce with salsify: Two of our favourite foods, sweetbread and lobster, will never disappoint, and this dish was indeed very satisfying. 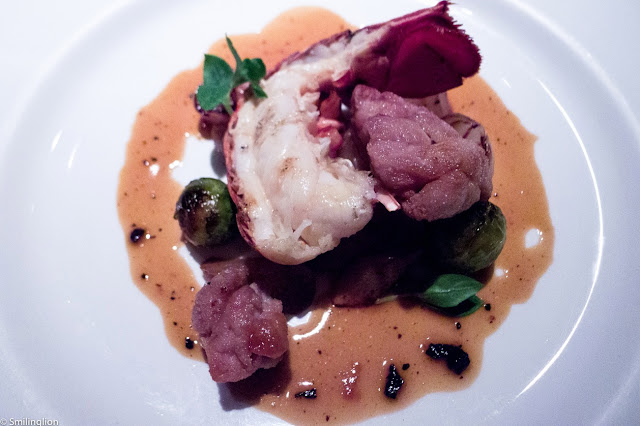 Umbricelli pasta with ragu of guinea hen, chestnuts and winter truffles: An interesting short twisted pasta, and the rather tasty gamey sauce was very comforting on a cold night. 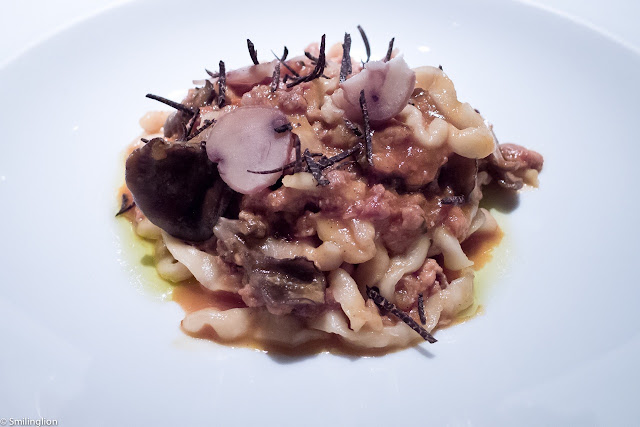 Broiled sake marinated Alaskan black cod and shrimp dumplings with Shiso broth: This was the same classic dish that we had come to love at Ame, and this was no less impressive. 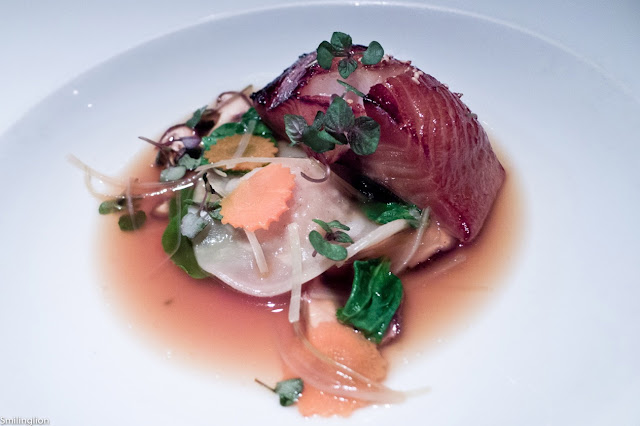 Panfried Californian sea bass: A very simple yet well executed fish dish, what was notable was the light seafood broth accompanied by the clam and squid which brought a myriad of flavours to the dish. 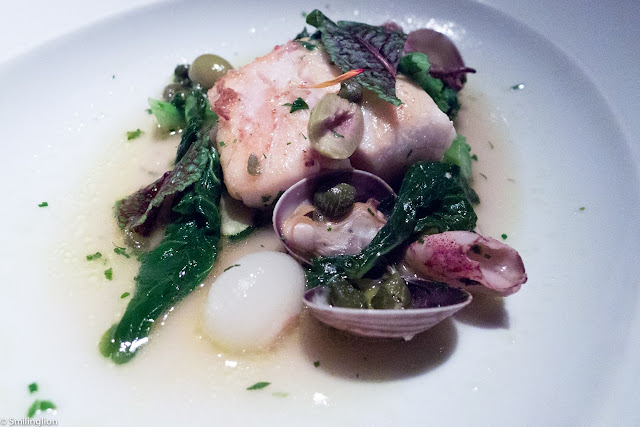 Grilled Brandt family strip steak with cheddar cheese potato puffs and glazed carrots: This was also quite good, although not remarkable in its simplicity. 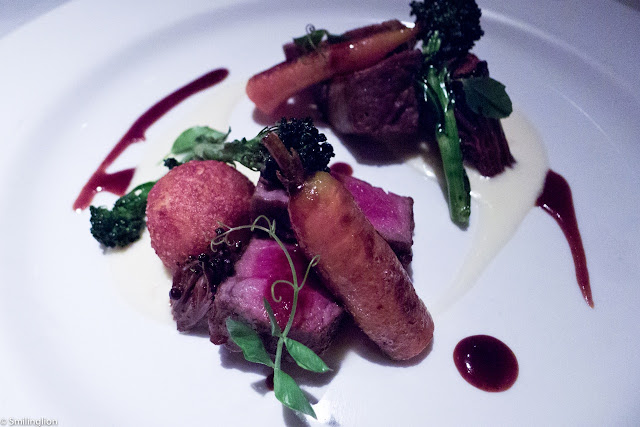 Grilled lamb tenderloin with Jerusalem artichokes, puntarella and black olive anchovy sauce: Another very classic dish, the anchovy sauce sought to even out the naturally strong taste of the lamb, giving quite an interesting deep savoury flavour in addition to that of the lamb. 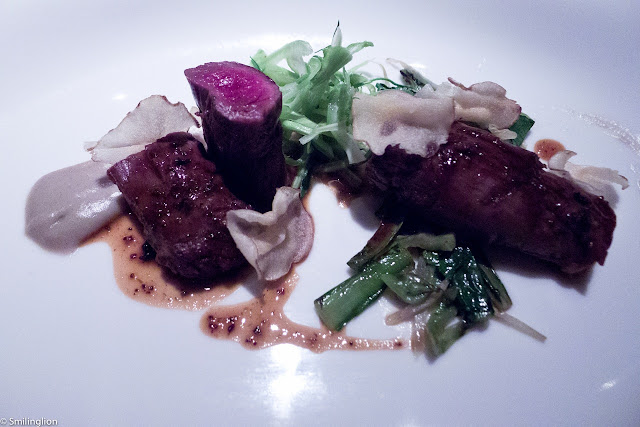 Assortment of artisanal cheese with fruit and croutons: With the exception of the blue cheese, we didn't really take to the rest of the American cheeses. 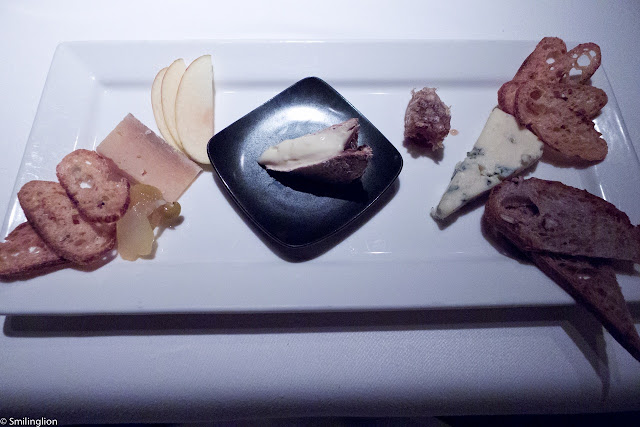 Churros with hot chocolate and cajeta: Bringing us fondly back to the memories of our recent Spain trip, the sugared churros and hot chocolate was an unsophisticated yet welcome treat. 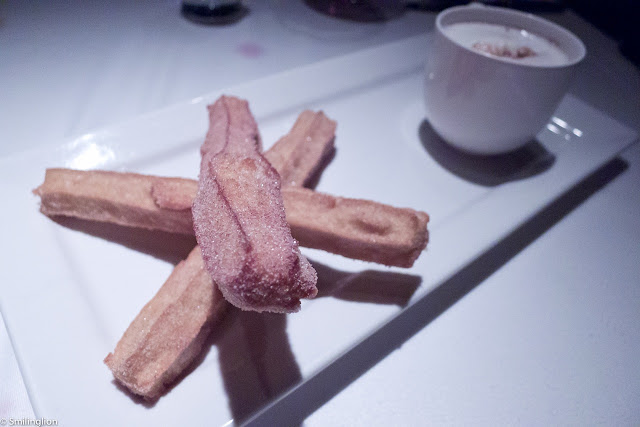 Pavlova with tropical fruits, frozen yoghurt and passion fruit sauce: However, the pavlova was a bit of a disaster. The meringue was too big and hard and I had difficulty cracking it open. It was messy and ultimately too unbearably sweet for my liking. 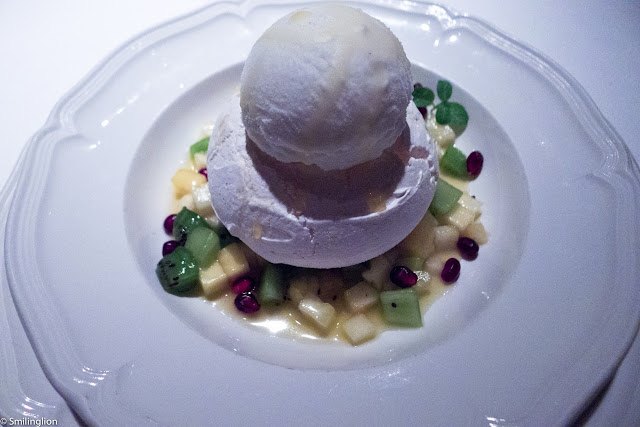 Impressions: For a restaurant in quiet St Helena, the food was reasonably good, although we felt that it was too inconsistent and suffered badly in comparison with its younger sibling, Ame. The restaurant was quite empty that Wednesday night with only three tables occupied, and so the dining room was staffed with only one server, who was warm and friendly throughout. However, it was the lack of energy and enthusiasm of the overall dining experience there which disappointed us. For a similar type of meal we much preferred Redd in Yountville.
Posted by Smiling Lion