Located within walking distance to the Sagrada Familia but located on a street which looked pretty run-down, is the one Michelin-starred Alkimia. It has received quite glowing reviews for its modern and contemporary take on Catalan cuisine, and after a quite satisfying lunch at Hisop, we were quite looking forward to our late (9.30pm) reservation at this restaurant. 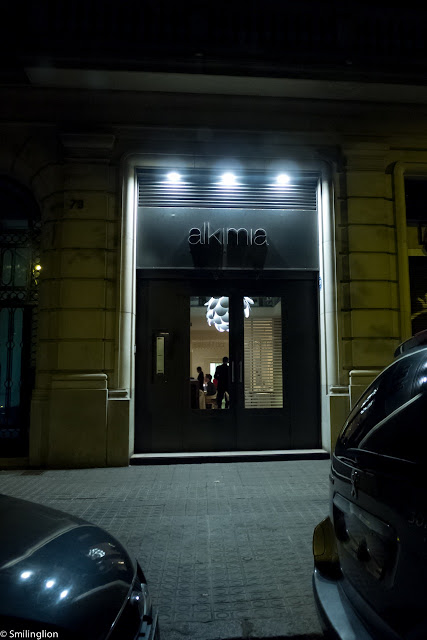 The restaurant appeared to be quite small. The main entrance led into a corridor along which tables were placed on each side, and the kitchen was at the end of it. From our estimation there were probably about 10 tables in total (many of them small tables of 2 persons). Space was at a premium and the tables were quite tightly packed. When we arrived, the service felt quite rushed and cold, although halfway through our meal the service staff warmed up and felt more relaxed. To give an example, we were ushered to our seat quite brusquely and then left alone for quite a long time before anyone came by to asked us if we wanted an aperitif or to take our orders. However, a few courses into the dinner, there was a noticeable improvement in the mood of the staff and this translated to better and more cheerful service. 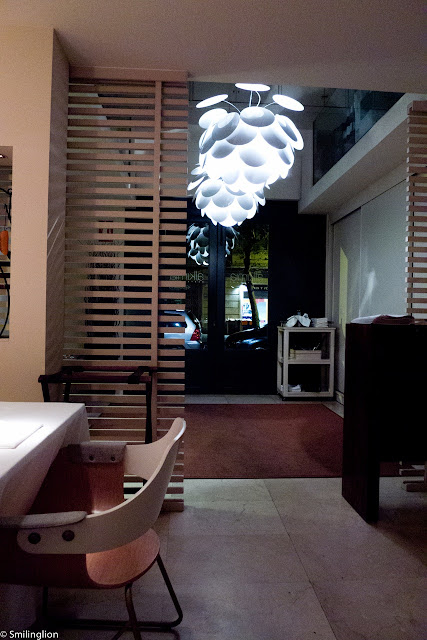 We were served a crispy bread cracker with nuts which was very good and almost addictive. From a decent winelist, we selected a Rioja from an excellent vintage (the 2001, supposedly the best year ever for a Rioja) of the Campillo Reserva, which was drinking magnificently. For dinner, we selected the tasting menu, which looked reasonably short but ended up as quite a big meal. 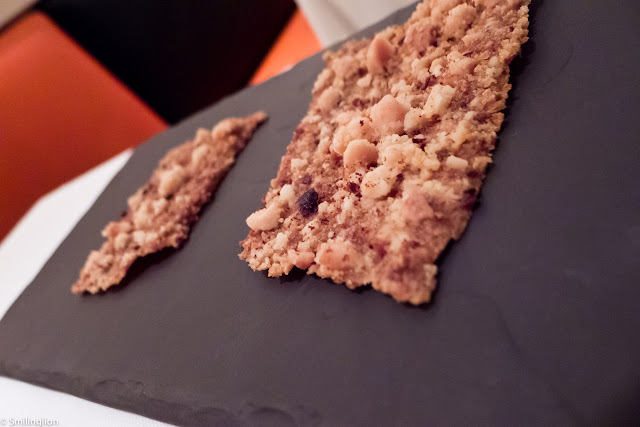 Tomato essence with breadcrumbs and chorizo: This was a deconstructed tapas of bread, tomato and chorizo. Clever idea but didn't really work out in our view. 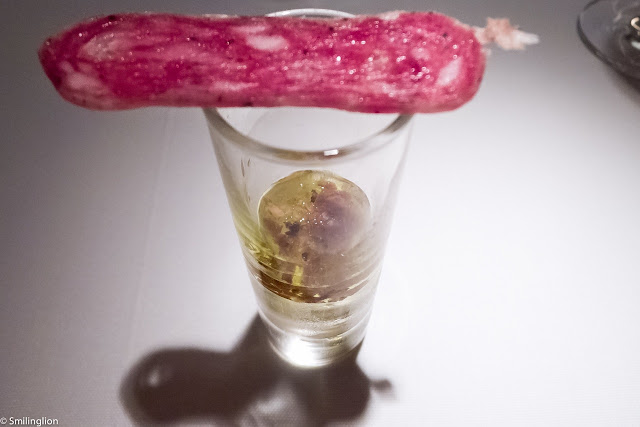 Fig confit with lemon sorbet and spot of mustard: This was a refreshing amuse bouche. 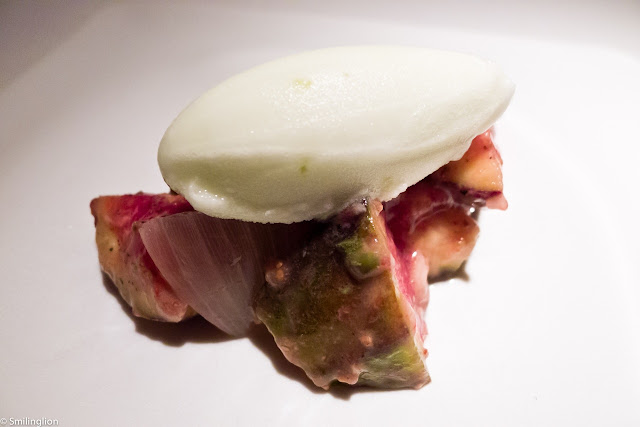 Spagetinis with sea assortment: This was a plate of cucumber slices which resembled pasta. We didn't particularly like this as the variety of flavours didn't go well with the cucumber. 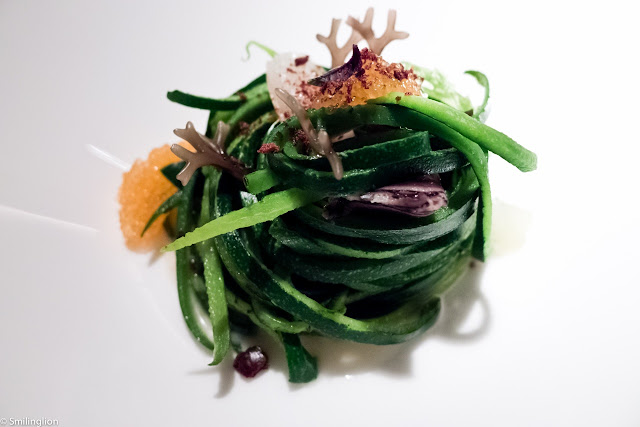 Cod fish brandada with green beans: We did not understand this dish. To us it was merely green beans with the brandada totally subdued by the strong flavours of the beans (couldn't taste the cod). 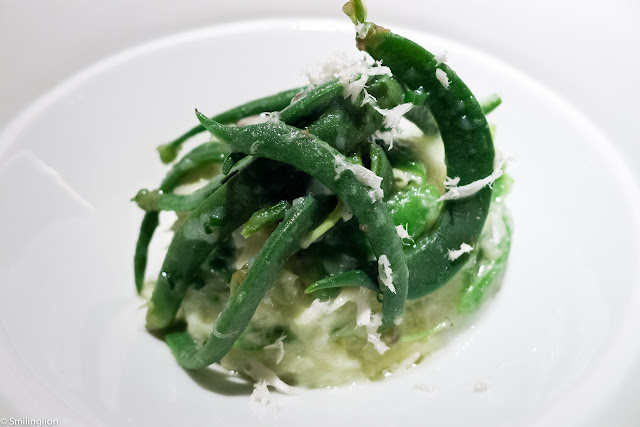 Pickled oyster with pork cheek and spinach: It was at this point when the meal started turning around. The oyster was very fresh and nicely poached. 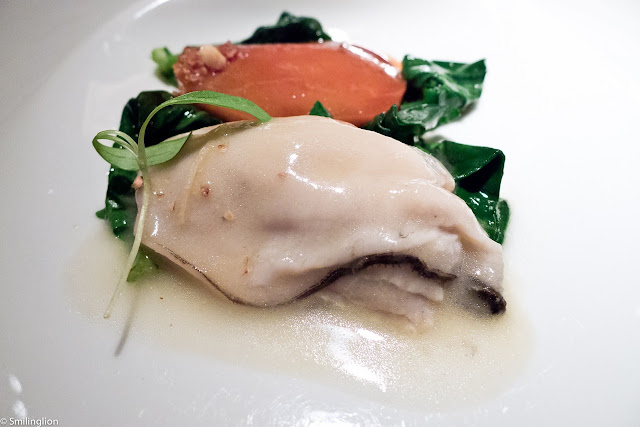 Squid with ink sauce and ginger: The squid was well grilled but the winner was the thick and rich ink sauce which, when taken with the squid, made the dish really special. 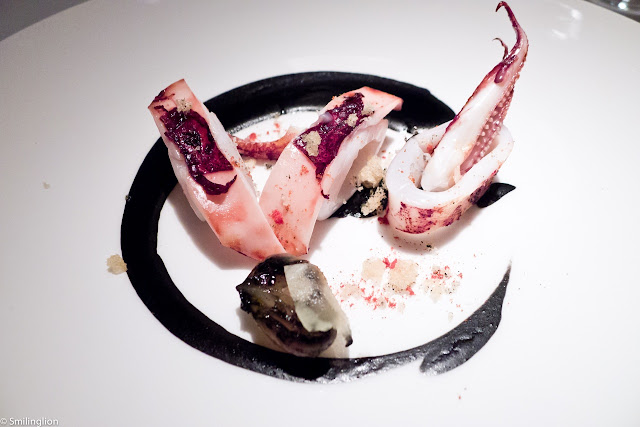 Prawns with coco beans: A very interesting dish, the highlight was actually the prawn broth and neither the prawns and the beans. The broth was 'lick-the-bowl' good but tasted suspiciously like Singaporean prawn noodle broth. 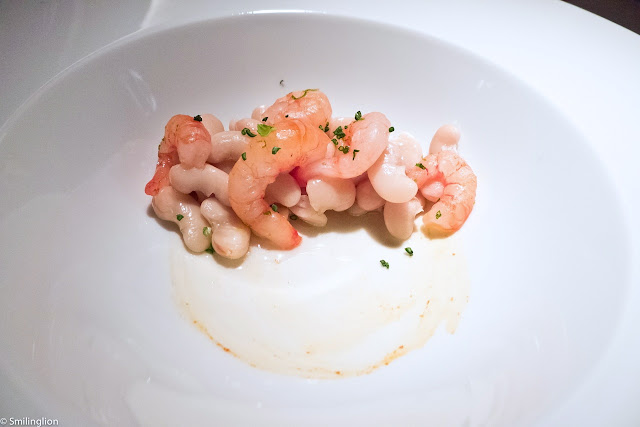 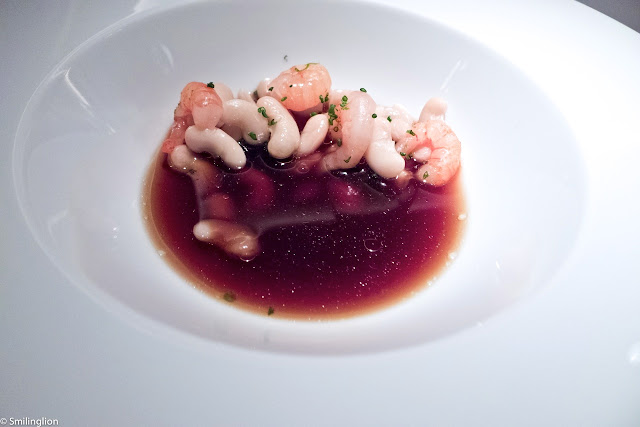 Mackerel with vermut and green pepper: Reminiscent of Japanese saba, this was very good, and the vermouth reduction countered the naturally strong 'fishy' taste of the mackerel. Monkfish: The fish was perfectly cooked and the black olive sauce and red onion gave it an earthy flavour. 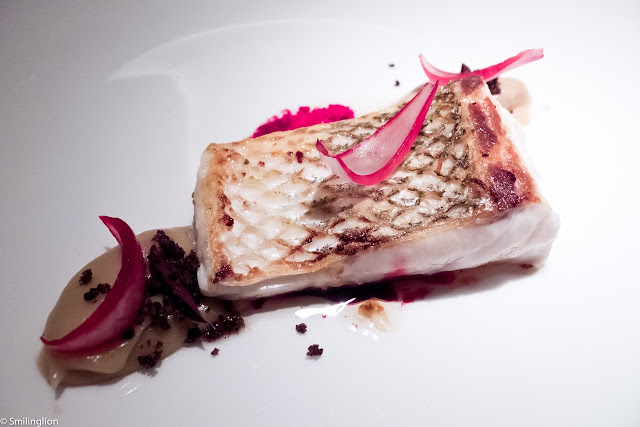 Young lamb shoulder: A good red meat course, the lamb was tender and had crispy skin. The sauce and complements worked well with the meat. 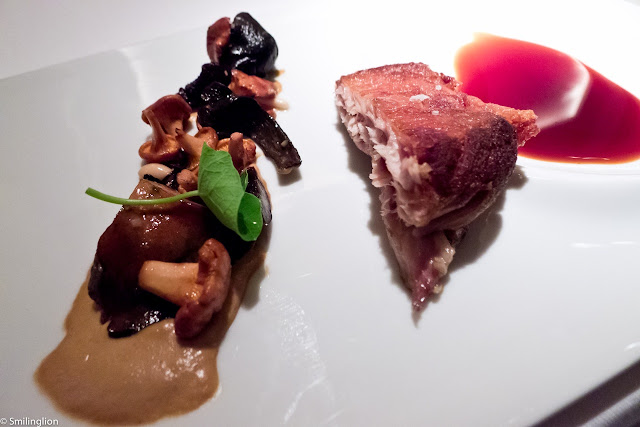 Soft cheese foam with strawberry: A unique take on the cheese course, we were thankful for this as we really couldn't have done a normal cheese platter at that point. 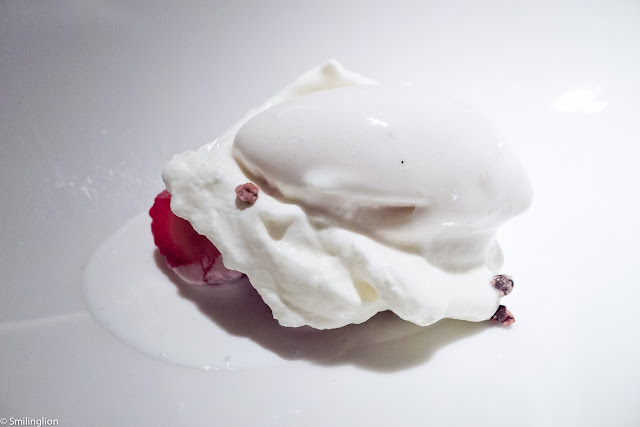 Fondant with mango ice cream: The chocolate was very rich and though it was very good, we were struggling by then (with the amount of food and wine we had just consumed as well as the jetlag). 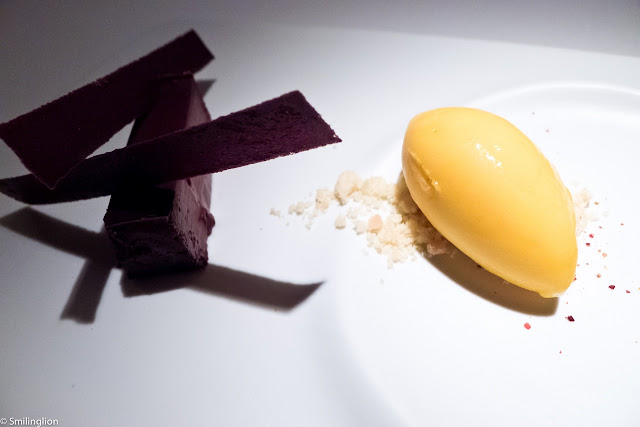 Pumpkin cream with raspberry: This was light, refreshing and very nice. 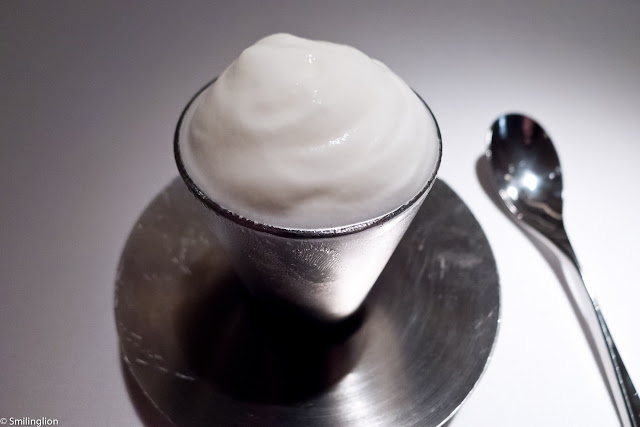 Sponge cake with white chocolate lollipop: This was usual for mignardises, and the sponge cake reminded us of the local Singaporean steamed cakes we used to eat when we were young. We enjoyed them very much. 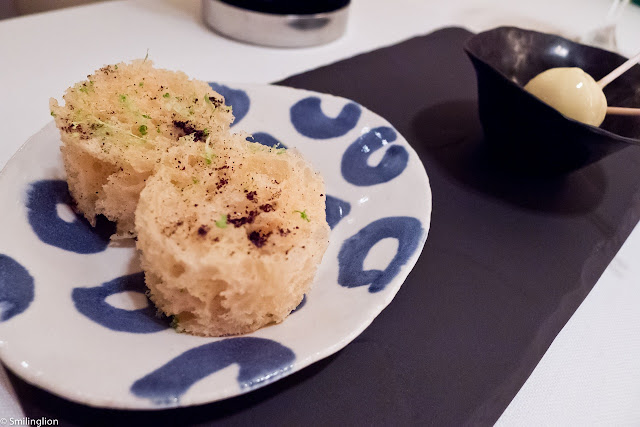 Final Thoughts: What started slowly ended up as a very good meal. The service warmed up after the initial stiffness and the each course got better and better. We staggered out past midnight and into a cab which the restaurant kindly called for us (late at night the neighborhood looked slightly dodgy and we didn't want to wander around looking for a taxi ourselves), having been very impressed with chef Jordi Vila's food, especially the main courses.
Posted by Smiling Lion