Situated at the Northern coast of Spain, at the Bay of Biscay and a mere 20km or so from the French border, is the jewel of Basque Country in Spain: Donostia - San Sebastian. It has beautiful beaches and is acclaimed as one of the food capitals of Spain if not Europe. Despite being a very small city, it boasts of three 3-Michelin starred restaurants in its vicinity (Akelarre, Arzak and Martin Berasategui) as well as the also very famous Mugaritz (a 2-Michelin starred restaurant). But foodies who go to San Sebastian do not necessarily need to go to a fancy restaurant for a good meal, for it is also a place renowned for its street food. Over here, there are literally hundreds of tapas bars stacked row after row which serve a large variety of cheap yet delicious tapas (called 'pintxos' in Basque) and are open at all times of the day, in particular till very late at night. On Sundays and Mondays, most food places are closed but it is still possible to get a good pintxos meal in town as there will be a few bars that will be open. 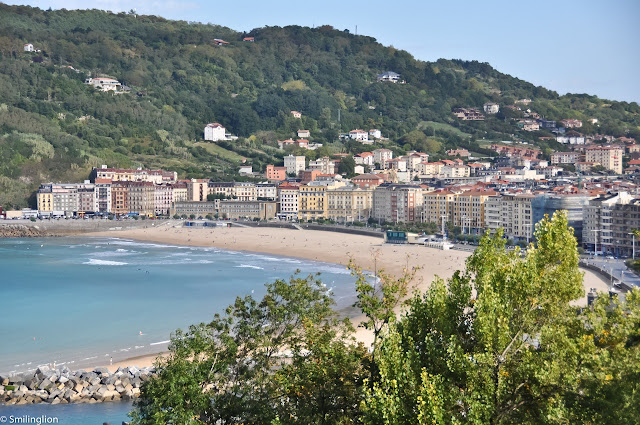 Of the many pintxos bars we visited, most of them served very traditional tapas, but there were also a few which were more experimental. One of which was A Fuego Negro, which is located in the old town. It is possible to order the tapas from the counter (if you knew how to order), but we opted to book a table at the back of the restaurant so that we could try their food in relative peace. Unlike eating at the bar, diners at the table had to take the tasting menu which was a selection of their most popular tapas. 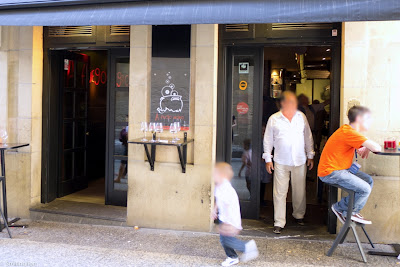 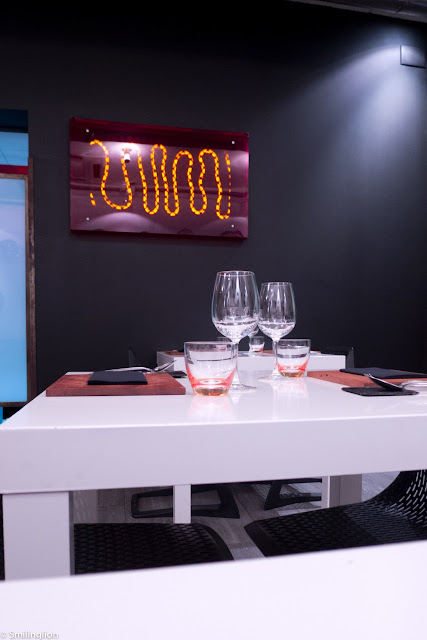 Snow cheese with sardines powder: This was amazing, the cheese was fluffy like snow and subtle in taste. 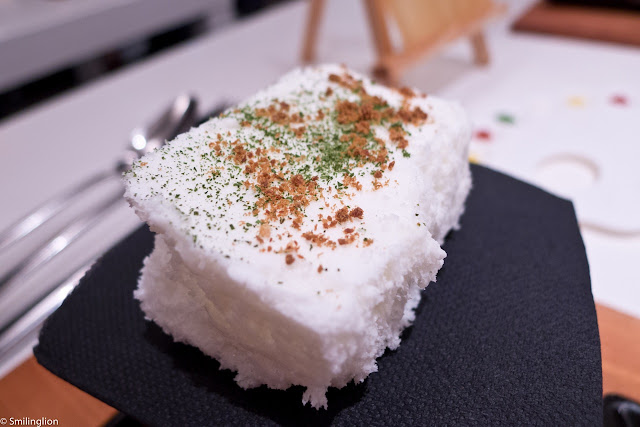 Palette with mayonnaise, corn, tomato and parsley paint: This was a bit of interactive eating. We were given a paint brush each, a palette with four colours (white, yellow, red and green) made with mayonnaise, corn, tomato and parsley, and a 'canvas' on an easel on which we had to 'paint'. The 'canvas' was a thin crispy potato sheet which we could eat after 'painting' (i.e. spreading the various condiments on it). This was more fun than it was tasty, but was a good way to lighten the mood and get us entertained. 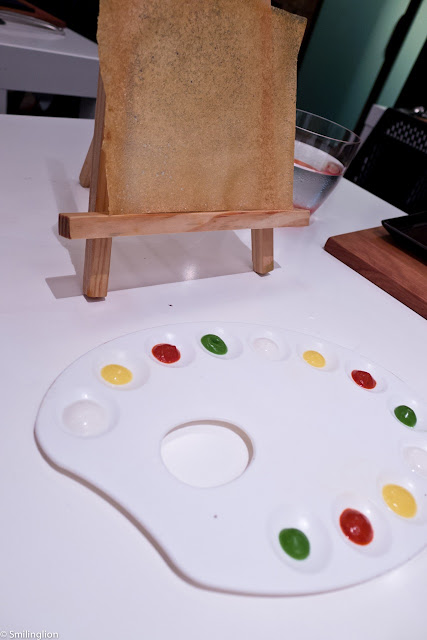 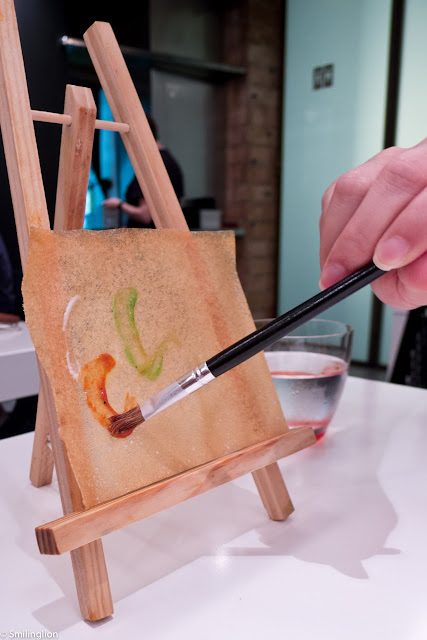 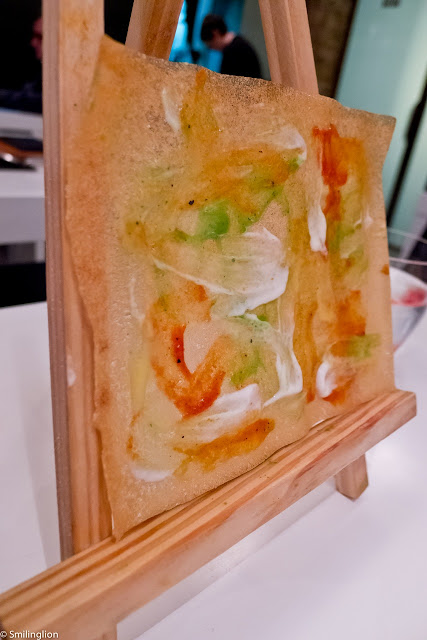 Calamari with black ink: This was squid deep-fried in its own ink and was delicious. 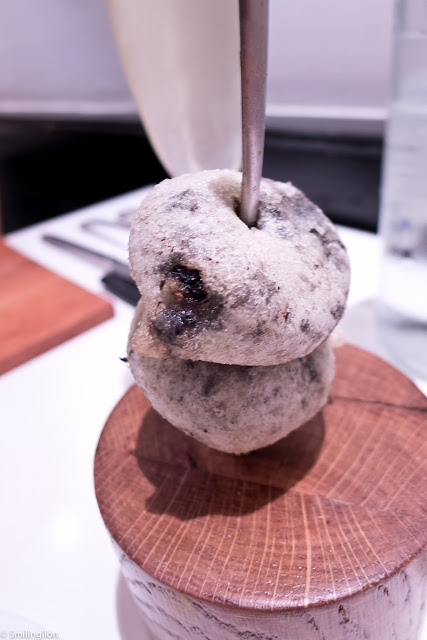 Popsicle gazpacho: In another interesting take on the traditional Spanish starter, we had our tomato gazpachos served frozen like a popsicle. 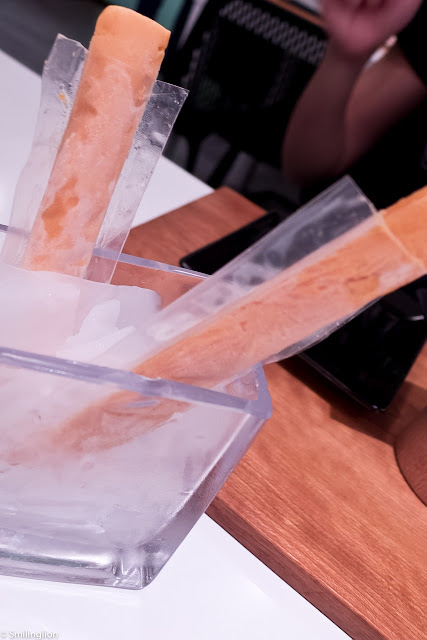 Nacho, pomegranate, avocado, shark meat, chipotle foam: No molecular cuisine is complete without some foam, and we had a very refreshing cocktail of chunks of fish with fruity flavours mixed with it. This was very good. 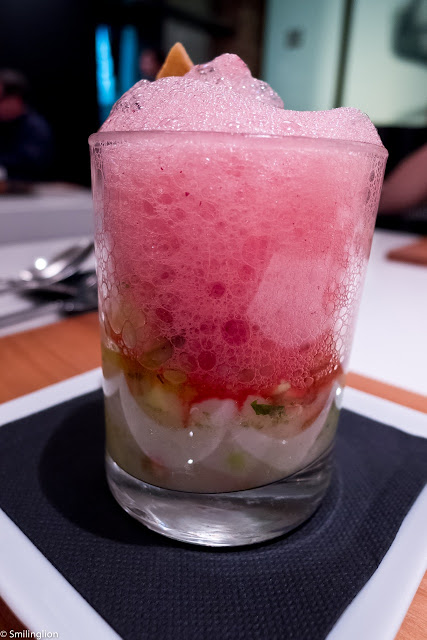 Salad with black and white quinoa, cucumber cream, green apple, yoghurt: This looked like spa food and was delicious. The quinoa and cucumber cream were frothed to give a very airy quality to the salad base, so therefore despite this looking like a large portion, it was actually very light. 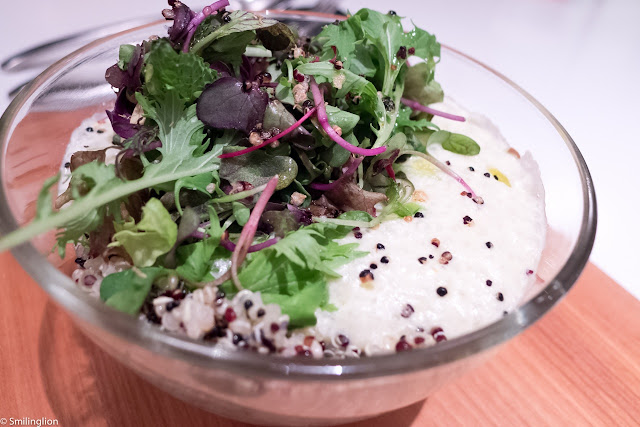 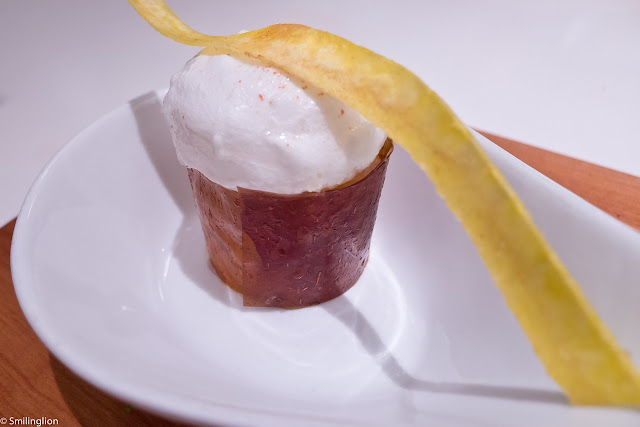 Mint rabbit biscuit, rabbit and garlic: Then in a departure from the molecular styles of the previous courses, the rabbit course with roasted garlic cloves was quite traditional. 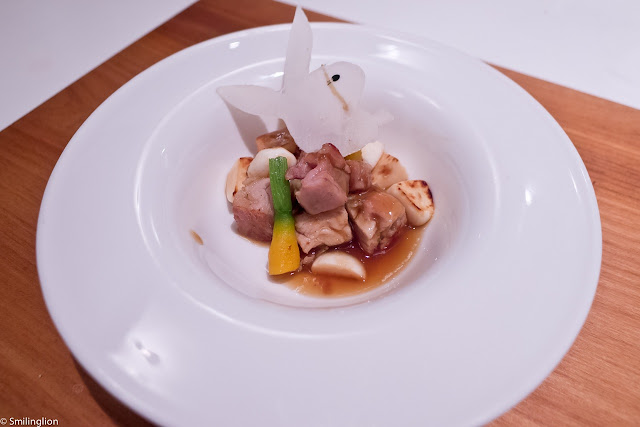 Chicken hearts and beetroot hearts: The chicken hearts were quite tough and required quite a bit of chewing. It was otherwise quite tasty. 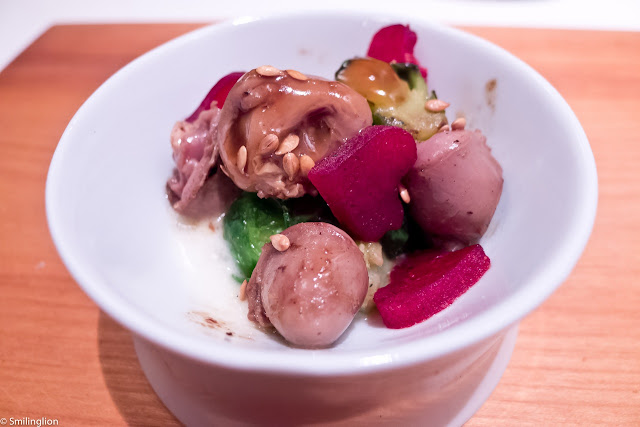 Red red wine - strawberry cheese and chocolate cork: For the first dessert, it was inspired by a bottle of red wine. The cork was made with a chocolate ice cream and there were two types of strawberry/cheese combination: strawberry with cheese shavings on top and cheese rolls covered with frozen strawberry bits. It was very good. 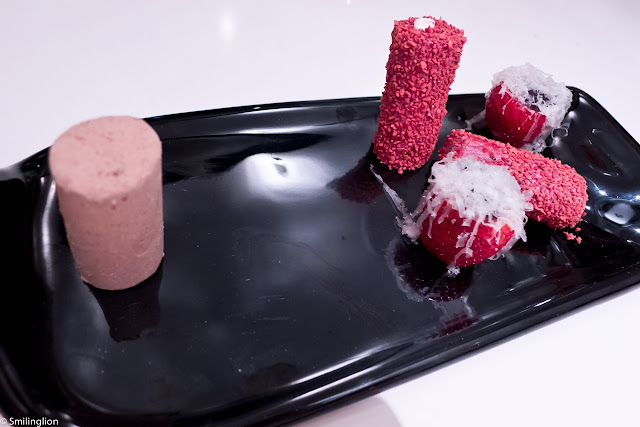 Toothpick for a sweet tooth, white chocolate green chilli: Despite it looking almost like a green chilli, these were actually white chocolates, which were to be picked up by 'toothpicks' made entirely from sugar. We thought this was quite clever. 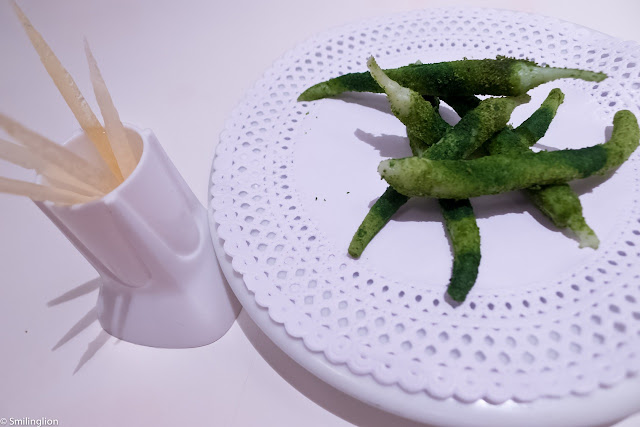 Dropped ice cream cone with tears of little boy: And finally, this has actually happened to me. It was a creation of an ice cream cone which a boy has dropped (and stepped on by passerby's). In actual fact this was merely a raspberry sorbet and a cone but presented in a unique way which told a story. The little drops of liquid were 'tears shed by the boy after dropping the ice cream cone' and were drops of liquor. 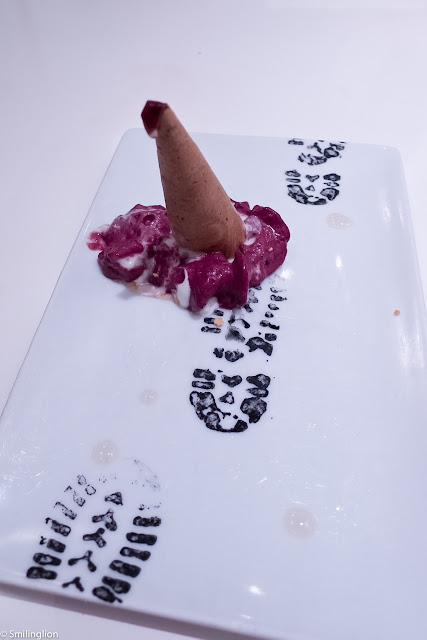 Final Thoughts: A Fuego Negro is a foodie's alternative to the traditional tapas and pintxos easily found in San Sebastian. The food is quirky and interesting, and despite its innovation, doesn't take itself too seriously. Pintxos purists may cry bloody murder at the 'bastardization' of the local cuisine, but a meal at A Fuego Negro is more fun and entertaining than fine dining and if taken in that context, worth a visit when in San Sebastian. The kitchen and service seemed to have a real passion for the food and this translated into an enjoyable lunch for us.
Posted by Smiling Lion