Soseonjae is a restaurant which name we had come across in the planning of our Seoul trip. It was described as one specializing in Korean home-style traditional dining and had a particular focus on fresh vegetables grown in the chef's backyard or something like that. However, when we were in Seoul, we totally forgot about it and didn't make any effort trying to look for it.

It was then to our surprise that, on the Sunday morning when we made a trip to the touristy and picturesque Bukchon area (where you'd find traditional Korean houses of the royalty of the past and the rich of today), we walked past this restaurant, thought the exterior looked interesting, took a closer look and realised that this was initially one of the restaurants we were intending to eat at. This was a recurring theme during our trip to Seoul. We could never find the places we were looking for but when we stopped looking for it, we almost always stumbled upon it accidentally (such is the complex nature of their address system). For those looking for this restaurant, forget about the address; this restaurant is directly across the road from the Korea Institute of Banking along Samcheong-dong.

The main road leading to the Bukchon area, Samcheong-dong, starts at main palace complex and goes uphill in a narrow 2-way street. Along the street are old and new shops and restaurants. In addition to the traditional eateries, there has been a recent sprouting of hip and interesting cafes and restaurants, making Samchong-dong a popular tourist destination with the locals and foreigners alike. We were there in the morning on a Sunday, when it was still relatively quiet and peaceful, however, after noon, the crowd started coming in and the roads were jam-packed. 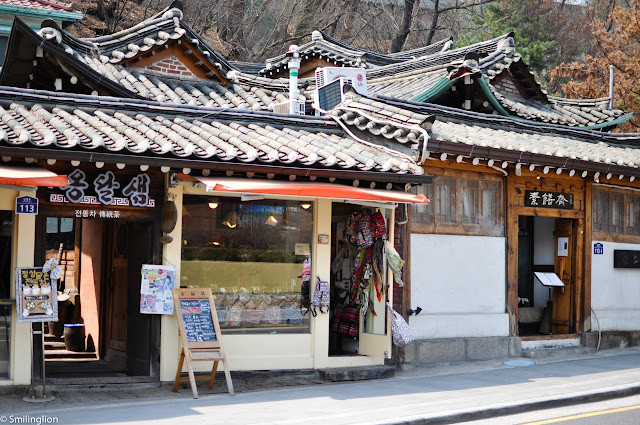 Having stumbled upon Soseonjae, we didn't have a reservation but fortunately they were able to seat us on condition that we vacate the table within an hour as they had a booking then. Eating a lot of food in a very short time is kind of a specialty of ours. The interior decor was very wood-dominated and looked very traditionally Korean. The tables and benches were austere and it had the feel of a traditional country inn as opposed to a fine dining restaurant. The service was warm and homely and the food was served at a very brisk pace (possibly in part because they needed us out of there within the hour). We didn't make it easy for ourselves by ordering the recommended 'Rosette Course' (probably the largest set menu), which was ambitious given that we had just finished having waffles (for breakfast) at a cafe next door. 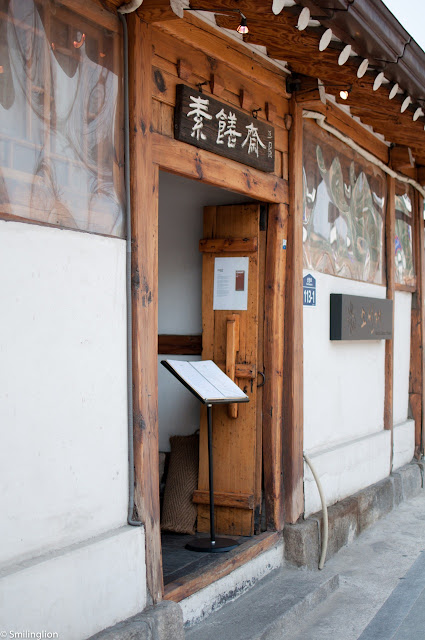 First up was a soup/porridge to start us off. 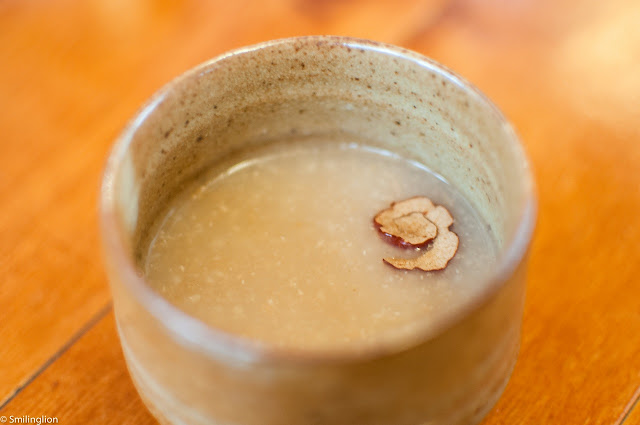 The sliced duck and salad was very good (in particular the mustard dressing). 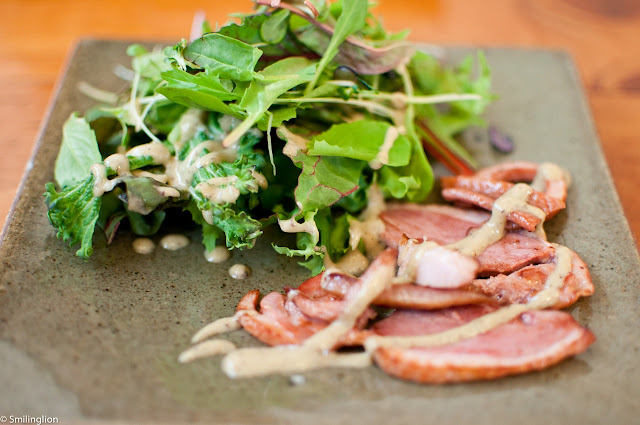 We liked the Korean omelette, in particular the one cooked with the vegetables. 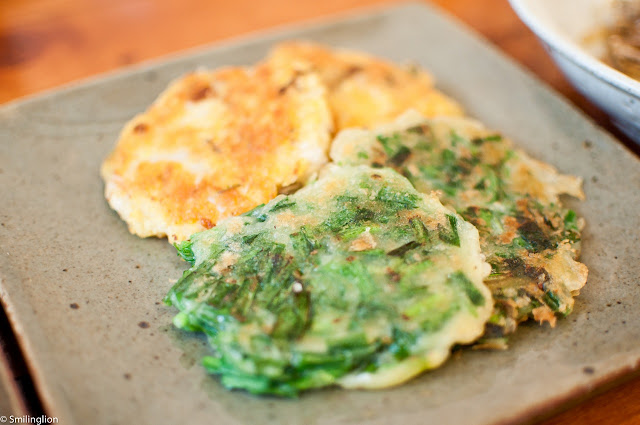 Cold glass noodle with squid was savoury and quite delicious. 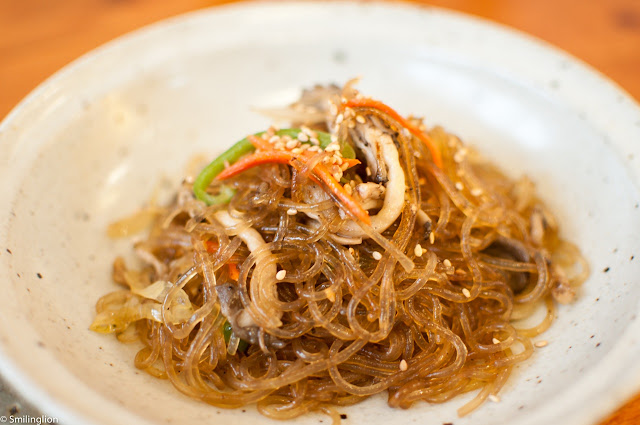 The sweet potato was served with dates and a honey-based sauce. 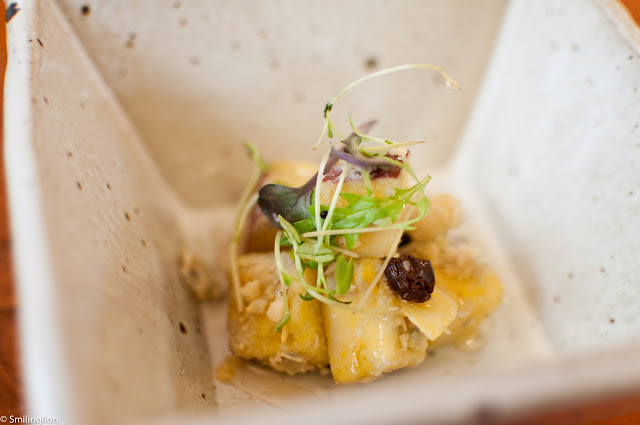 This looked like boiled pork. On its own it was quite dry and ordinary, but when wrapped in the leaf and picked cabbage, the flavours were accentuated. 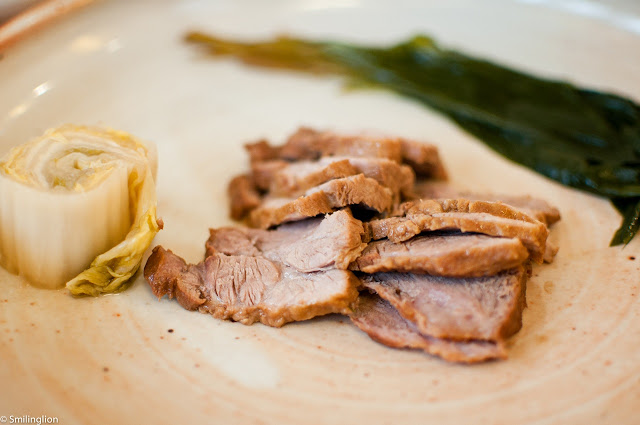 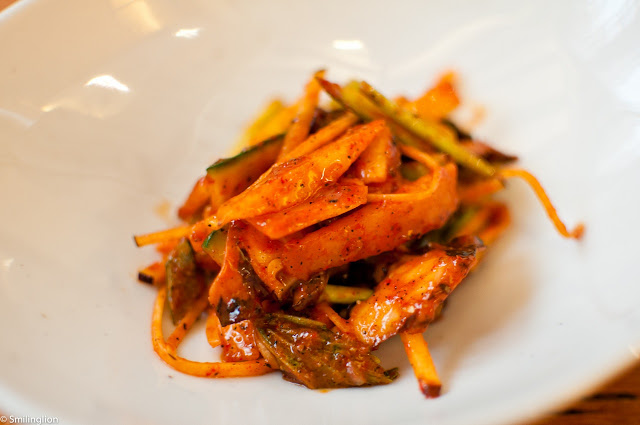 Our favourite dish was the beef patty and grilled mushrooms. Cooked to perfection. 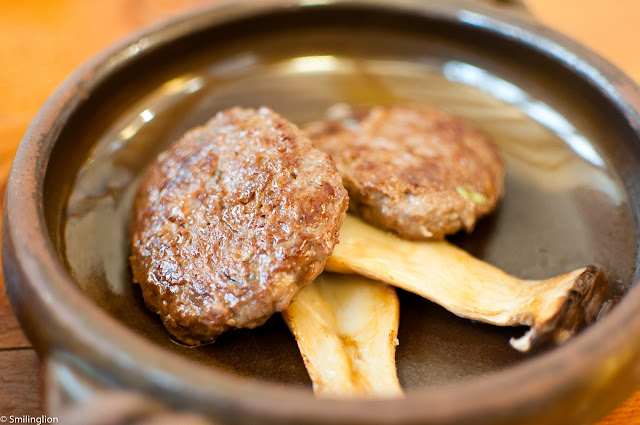 We felt that the grilled cod-fish was overcooked and was dry and hard. We didn't manage to finish it. 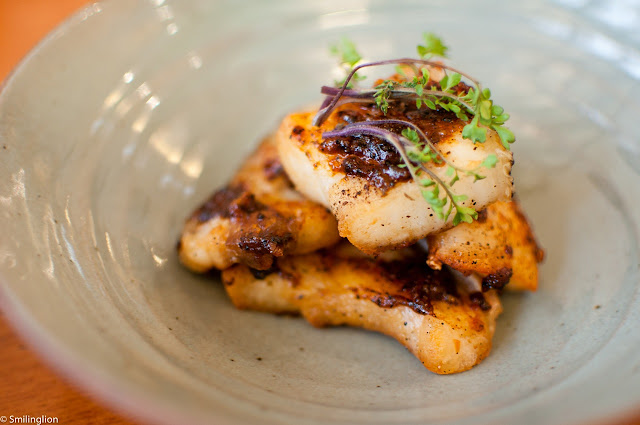 Fortunately we were coming to the end of our meal with the clear soup with black fungus. 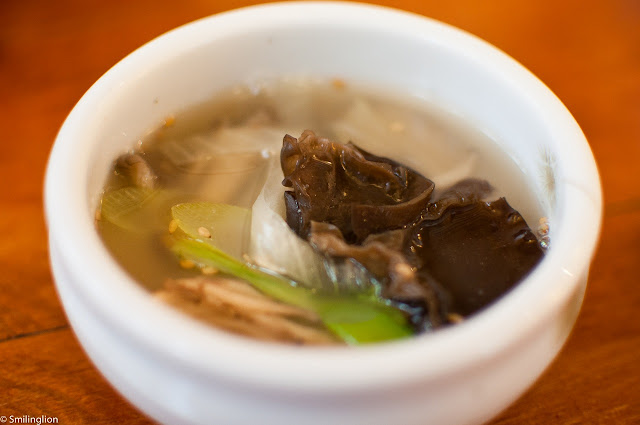 Red rice with an assortment of kimchi and other side dishes were served as fillers in case we weren't yet stuffed (we were). 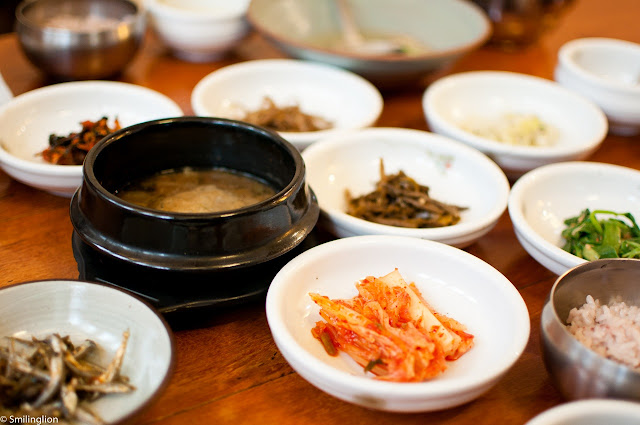 Dessert was sweet pear and a kind of barley drink served in a bowl. 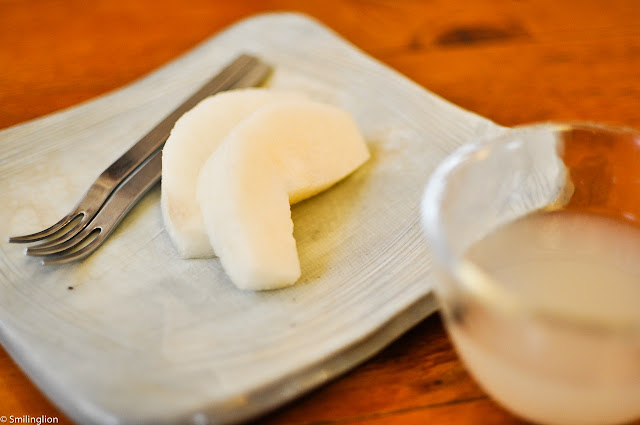 Final Thoughts: In all, an enjoyable and reasonably priced meal in a casual and relaxed setting. The food was quite simple yet tasty and made with quality ingredients. There were English menus and the chef/proprietor spoke a little English which was helpful.
Posted by Smiling Lion