Update: Chefs Lawrence and Gary have both left Hinoki.

We come to Hinoki quite regularly, and usually do so when we want a relaxing but good quality sushi and omakase meal. We don't usually bring our camera when we eat out in Singapore (otherwise we'd have to write a blog post every other day), but this time we had just got our new Leica DL-5 and were still very keen to try it out wherever we go. The last time we posted on Hinoki (see earlier review: Hinoki), we used our iPhone to take pictures, and the photos weren't as nice as we'd have liked (understandably). So we thought we'd bring our new camera and see if we can do the place and food justice with our photos this time.

It was a Saturday night and the counter was relatively empty when we got there (it did fill up eventually; we joked that it was the IT fair and half of Singapore was probably there, given how much we like these events. People did turn up for dinner after the IT fair ended). Chef-owners Lawrence and Gary were behind the counter, assisted by their sidekick Kenny. 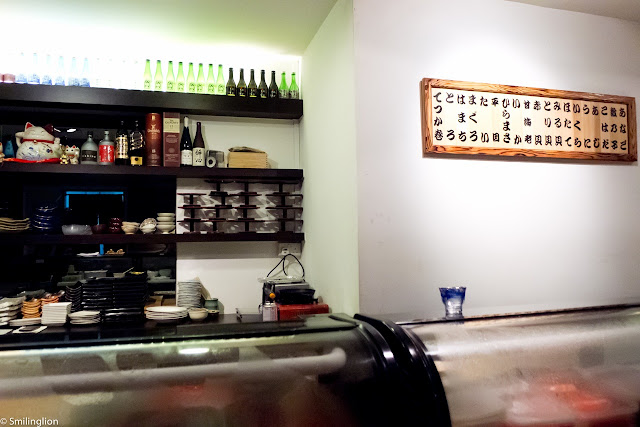 We had Sapporo beer, which was excellent and always a good beverage with Japanese food (below is a frivolous photo of a bubble on the beer bottle after the beer was poured). 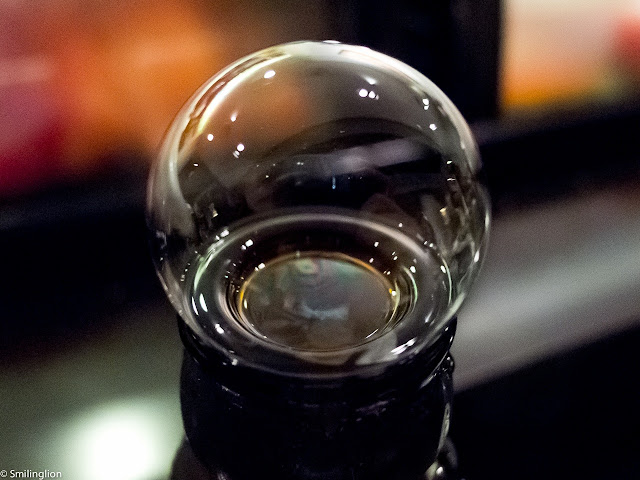 As usual, we left the menu in the hands of the chefs, and were started off with the raw oyster with soya sauce marinate (I find myself having oyster a lot here, the chefs must like oyster very much. Those people who don't like oysters should tell the chefs before the meal begins). Very fresh and juicy. 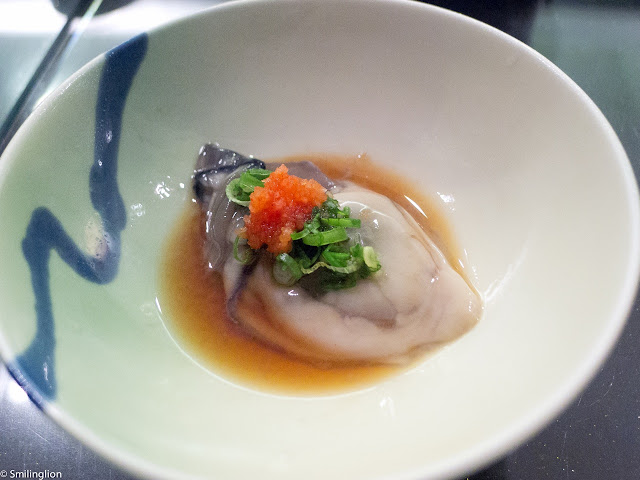 Deep fried shrimp were tasty and nicely breaded as well. 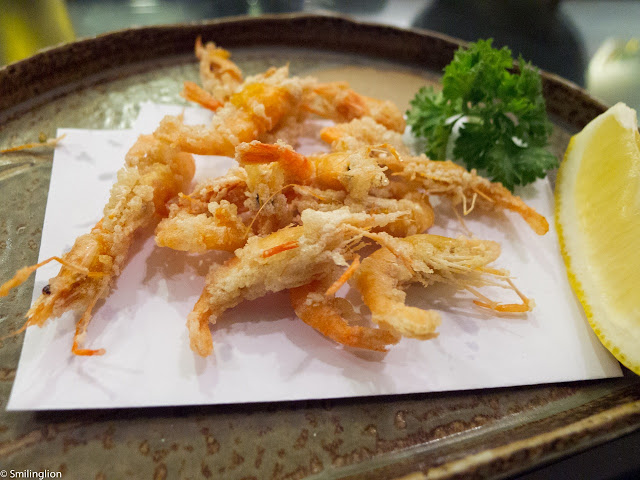 Marinated dried scallops were chewy but like beef jerky were very addictive after a few mouthfuls. 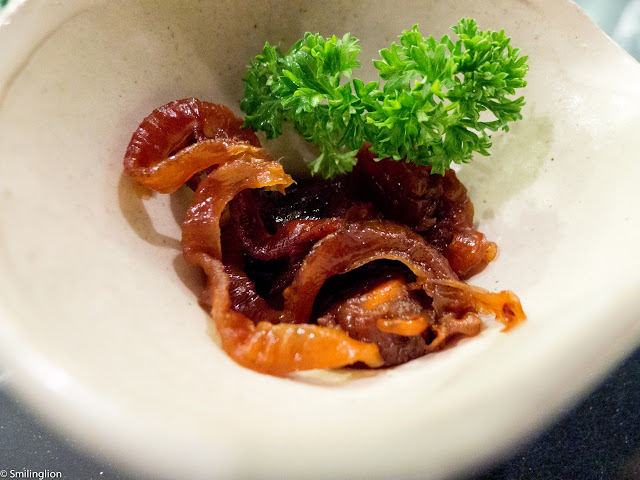 The sashimi platter was bountiful with a good selection. What was new this time was the flounder (the thinly sliced white fish behind) which was supposed to be paired with a specially concocted truffle oil-based sauce and chives and was unbelievably good. 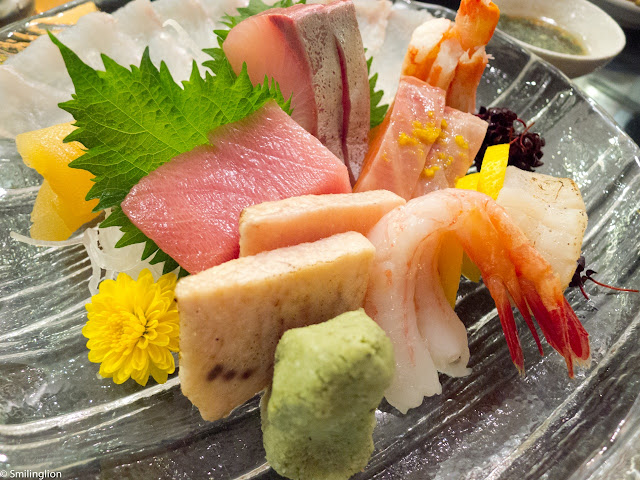 The cooked fish dish was the tuna neck. This took us by surprised as the meat was quite heavy (didn't taste like a fish) and could have passed off as a tender pork rib. It was very nicely grilled. 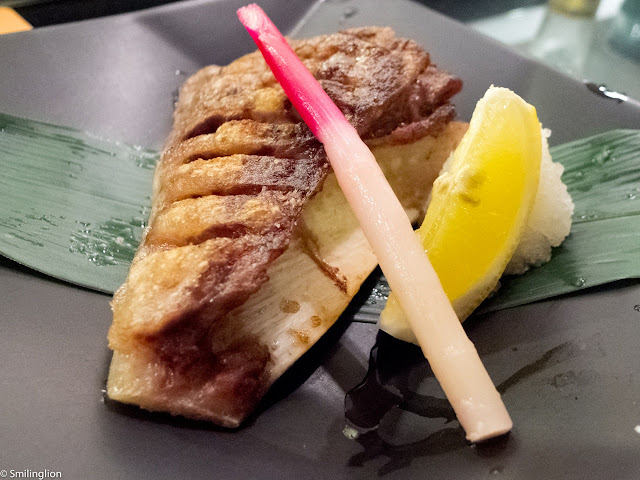 The Japanese wagyu (from the Kyoto region) was also quite good. The cut wasn't the best (I think it was the flank or rump and it was chewy) but still it was very flavourful and the accompanying sauce was good. 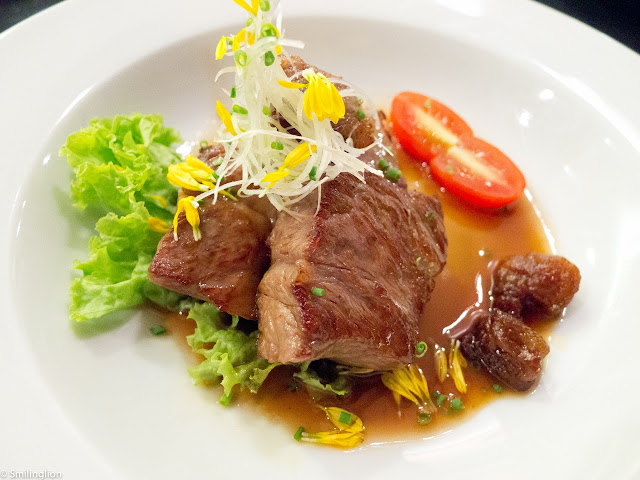 Then came the highlight of the evening, the sushi. Meticulously handmade with the freshest fish, sushi is Hinoki's speciality. No run-of-the-mill stuff here, the rice is typically well vinegared, and the fish sometimes raw and sometimes slightly seared to bring out the fatty flavours. Most of the time, the sushi is well flavored and does not require any soya sauce. First up was the toro (tuna belly), lightly seared to give it a slight charred taste. 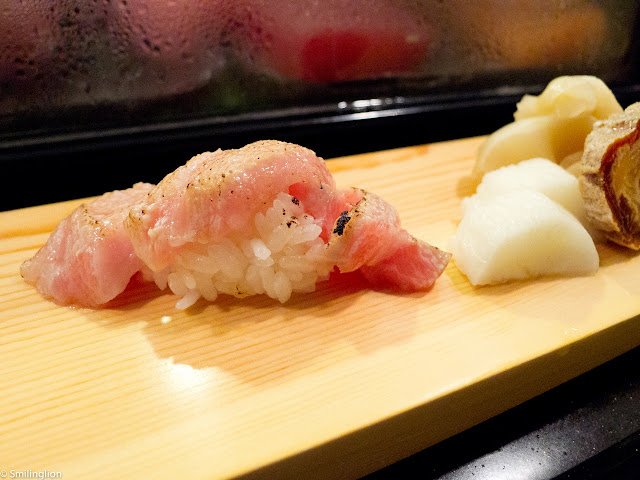 The uni (sea urchin) was exceptionally fresh that night. It was so good we ordered another one for each of us. Poor quality uni is usually a bit mushy with a metallic taste and may smell like puke, but the freshest and best ones, like the one we had here, had none of that smell and taste and had a uplifting and slightly sweet flavour. Heavenly. 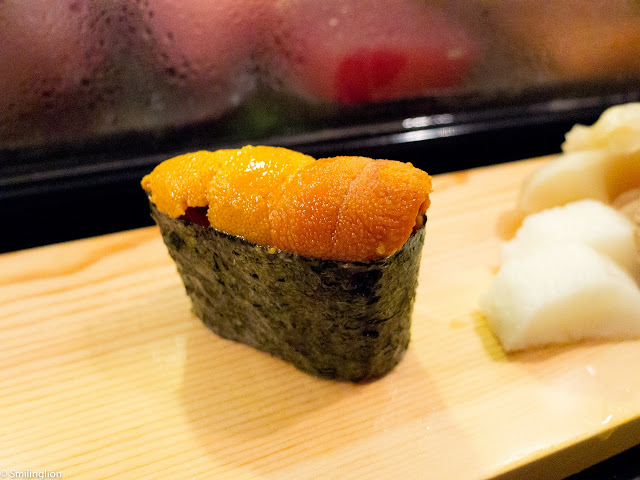 A Hinoki favourite is the seared ebi (prawn) with seared foie gras. Decadent and a good combination of tastes. 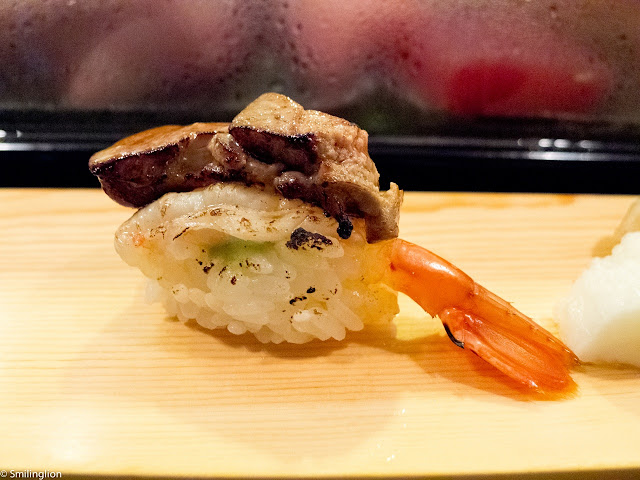 Next was the hotate (scallop) with mayonnaise . Another Hinoki favourite and very nice. 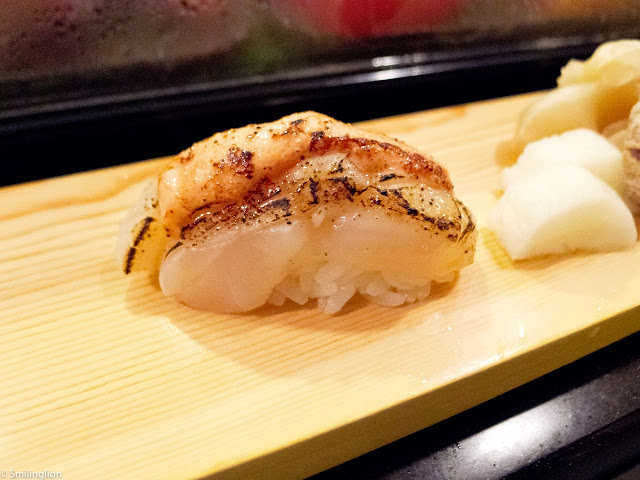 The aji (horse mackerel) was a beautiful piece of sushi, and had oiled chives on top of it to counter the slightly bitter taste of the fish. 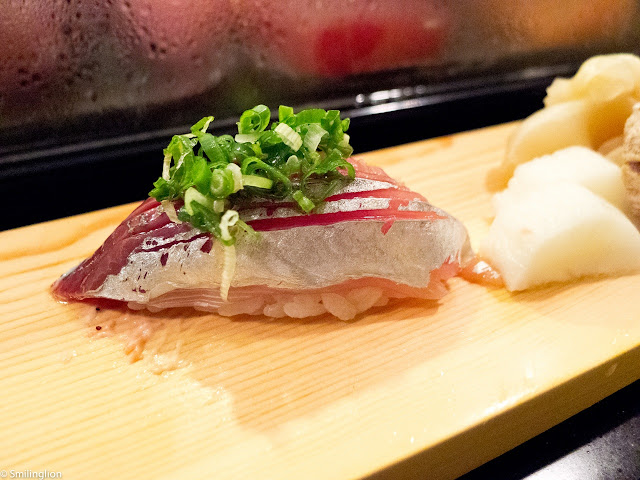 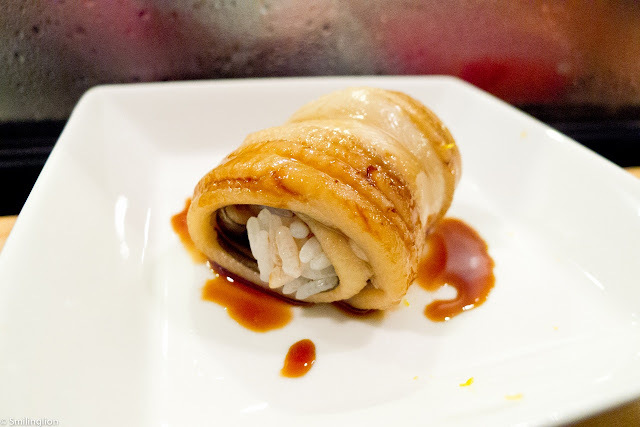 To round off the meal, we were served a refreshing egg and seaweed miso which was very light. 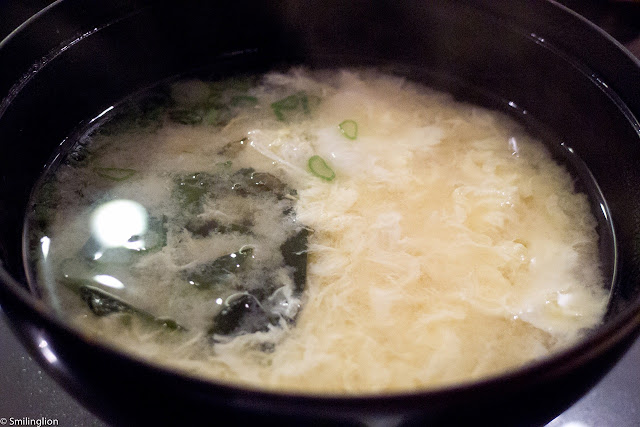 Dessert was ice-cream as usual. We shared a scoop of goma (black sesame) and champagne grape. 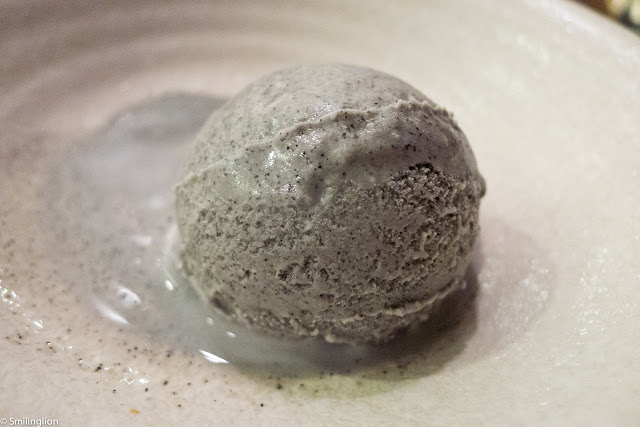 Final Thoughts: We love Hinoki for its incredibly value-for-money omakase; the dinner above cost US$100 per person (and that's including an extra piece of uni sushi but excluding the alcohol). In addition to that, dining at the counter where Lawrence and Gary run the show is never dull, as the 2 chefs are as talkative as they are good at what they do, engaging us frequently and always sensitive to dietary restrictions or preferences of guests. Granted, purists may prefer to eat omakase prepared by Japanese chefs and Lawrence and Gary are as local Singaporean as they come (they often break out into Hokkien, the local Chinese dialect), but the food and ingredients we have had here have not been of lesser quality and the friendliness and humility of both the owner-chefs make omakase dining in Singapore a very accessible experience. A word of warning though, outside of the sushi counter, the service could be a bit suspect so we'd always only eat at the counter (as we'd not risk having to deal with the other staff who may be less attentive).
Posted by Smiling Lion