We must be part of a very small number of people who don't rate the New York restaurants of Jean-Georges Vongerichten. Everywhere we turn and everything we read seems to portray an opposite view from our impressions formed during our previous New York trip in 2009 when I suspected that I got food poisoning while having lunch at Jean-Georges' restaurant in the West Village, Mercer's Kitchen, and our subsequently underwhelming dinner at the 3 Michelin starred Jean-Georges at Trump International Hotel at Columbus Circle.

Hence when we found out that there was a new Jean-Georges bar and restaurant which opened at the hotel we were staying at, The Mark, we were in two minds whether or not to try it. But on our last night in New York, when we were having dinner at Cafe Boulud, the waiters there were telling us that they frequently go to The Mark Restaurant for late night supper after they finish work (as it is open till late), and this intrigued us. So on the day of our departure (our flight was at midnight), we went there for a quick dinner before heading off to the airport. 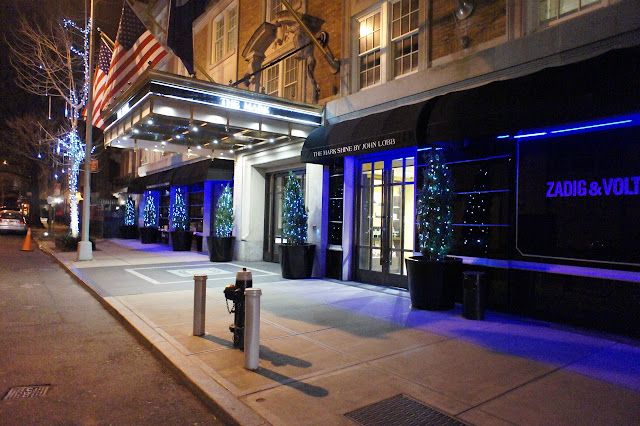 The entrance to the restaurant was by way of the street-fronting bar, which had great cocktails and a very cool vibe (though the bar admittedly was quite small), and the restaurant was located at the back of the ground floor of the hotel. Therein, the space was split into a more casual area which contained a bar counter and small tables, and the other which had larger tables and could be sectioned off for private dining events. The interior was quite chic and the restaurant had a formal feel about it, though it was in actual fact a bistro / gastropub. 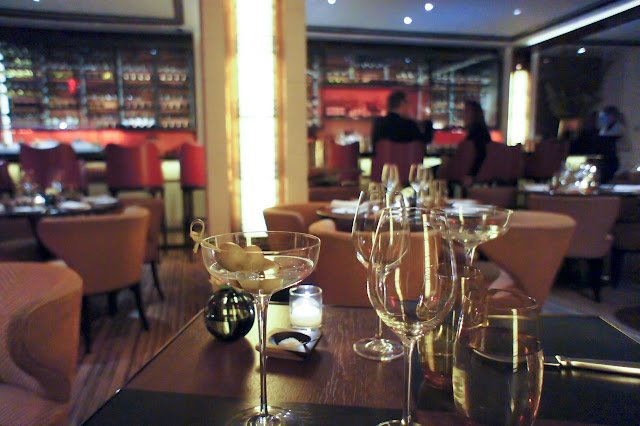 The menu was quite simple, and we picked out some quick snacks for dinner (didn't want to have a heavy meal before a long flight). We started with some deep fried calamari which was very good. 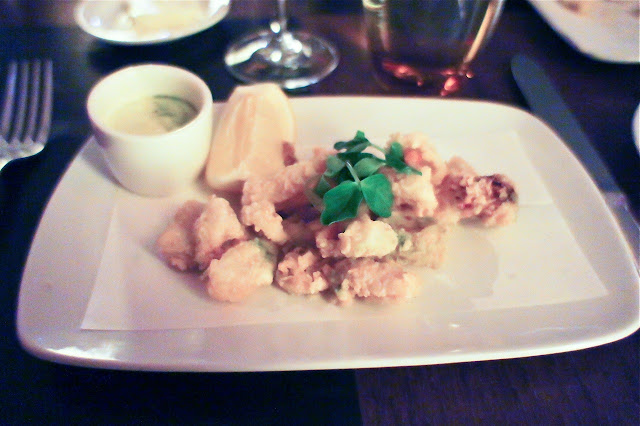 We then ordered a meatball pizza (the waiters at Cafe Boulud said that they come here for the pizzas) but we thought the pizza bread was a tad bit too chewy. 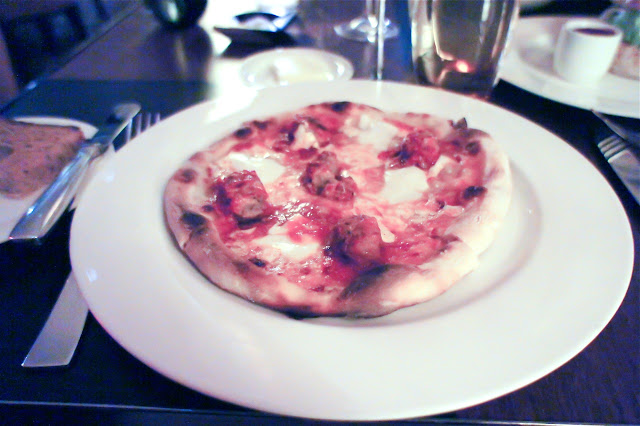 The cheeseburger was very good though, it was the right size (we cannot stand burgers which are stacked up so high that we'd have to disassemble it first before eating it) and the patty was juicy and of good quality. This was accompanied by french fries which were good too. 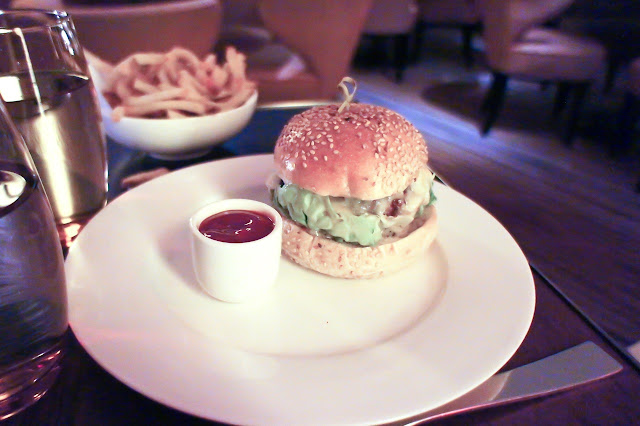 For dessert, we had the donuts with 3 different kinds of dip; lemon cream, nutella and dark chocolate. Plain and simple but enjoyable nonetheless. 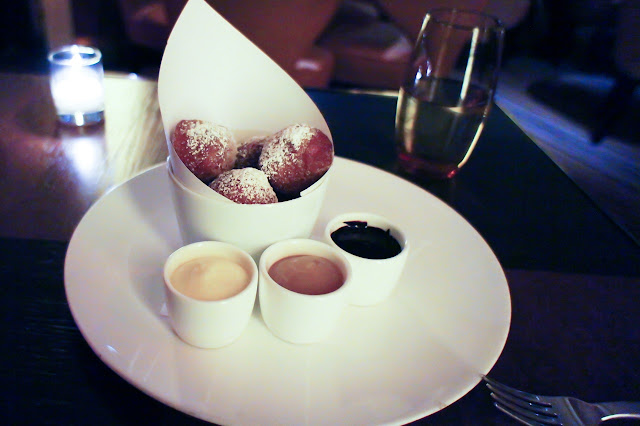 Final Thoughts: We liked that despite it's branding and fancy decor, the food was simple yet of good quality for a casual bistro / gastropub, and we didn't have the impression that we were paying a premium for the Jean-Georges branding. We felt that the service was slightly cold (by New York standards) and were a bit annoyed that despite the restaurant being almost empty (we were there at 6pm), they gave us the smallest possible table. But it was the bar which really caught our attention here and the restaurant was just a nice add-on to it.
Posted by Smiling Lion