Just behind the famous Plaza Hotel in Manhattan (located at Central Park South and Fifth Avenue) is a gem of a New York steakhouse, albeit one in its modern form. Quality Meats has a rather discreet looking shopfront along West 58th Street, and its shuttered windows hide what, after you make your way down to its basement entrance, is a hip and happening bar and restaurant. 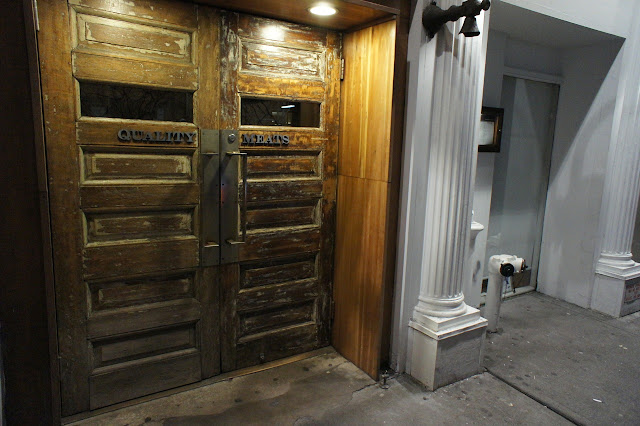 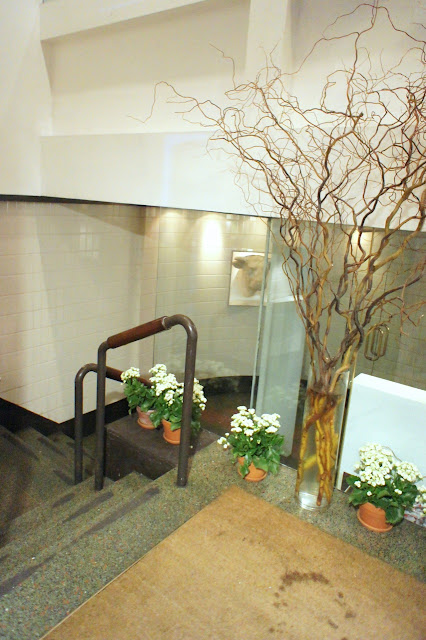 With loud music playing, it resembled more a club than a restaurant, especially with the really dim lighting  (which made it very difficult to take good photos here). However, the waiters here were very friendly and helpful and got us a rather comfortable seat for two. 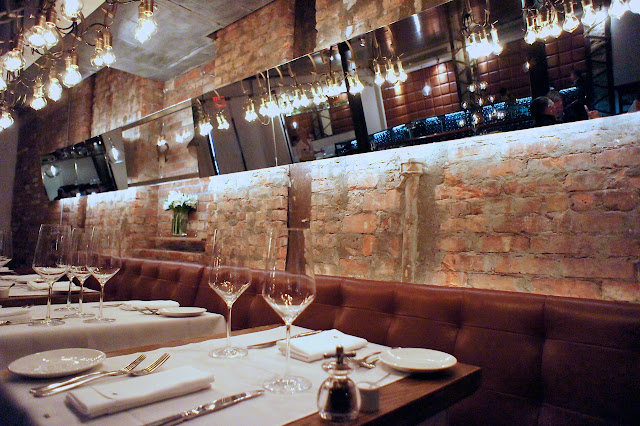 Quality Meats has an interesting concept whereby the sommelier picks out a few bottles of good wines from his cellar each day and presents them as specials on the daily wine list at discounted prices. This is in addition to its usual wine list which is very much focussed on American wines. We picked out from the special list a cabernet sauvignon from a Napa Valley vineyard called Groth, which was recommended by the sommelier. It was a very full and tannic wine which was a very good choice to accompany our steak. 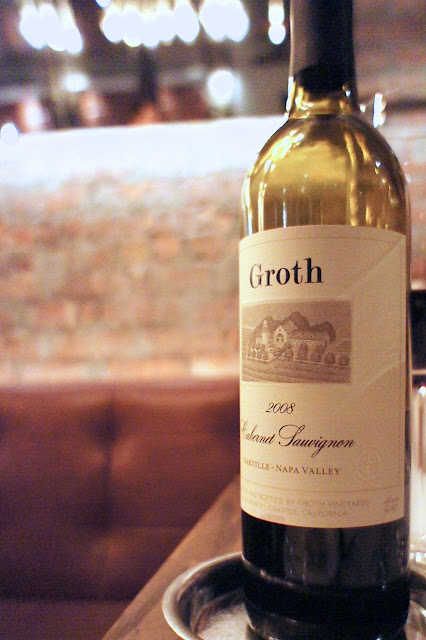 We had just arrived in New York a few hours before after an 18 hour direct flight from Singapore, and were ravenous enough to order the house specials which, as we'd expect, came in very large portions.

Traditional steak tartare: I started my dinner with a steak tartare, something which I have trouble finding elsewhere (especially in Singapore). This was a large bowlful of chopped raw beef topped with a raw egg yolk, and accompanied with some very nicely browned toast and a variety of salts and mustard. This is not for the faint-hearted or for those who insist on their meat cooked well-done. It was fantastic. 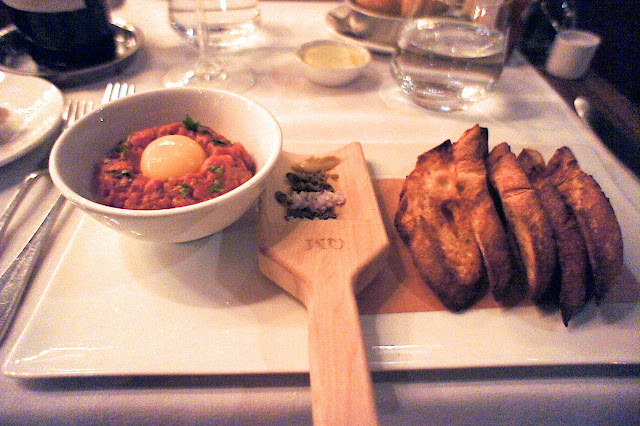 Crab and avocado: My wife had the simply-prepared but no less delicious crab and avocado salad on a bed of tomato slices. She enjoyed this very much as well. 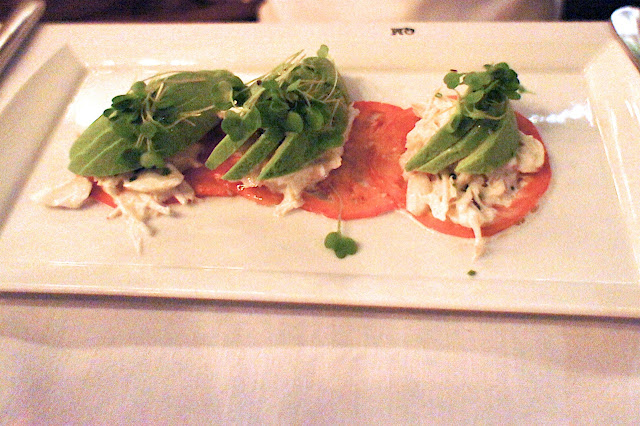 Aged rib steak (24oz): This was a 680g steak that we each had, with a side of creamed spinach. Granted, it had a large bone, but it was still a large piece of meat to be eaten. It was very well aged and grilled, and we hoovered it down in no time, astonishing both wait staff and neighbouring customers alike. It helped that the Napa red wine paired beautifully with the beef. 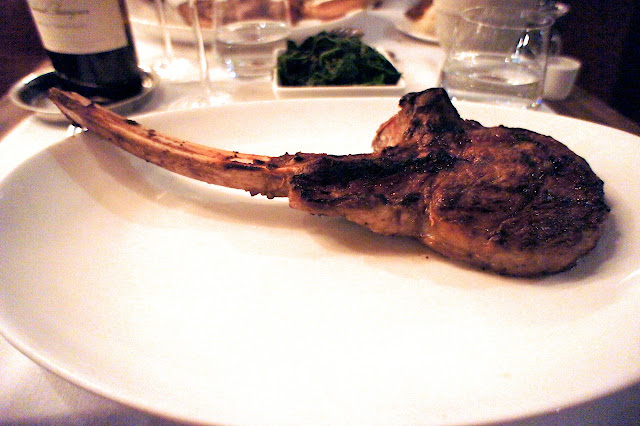 Homemade ice cream - coffee and doughnuts: We had really eaten our fill by that time, and coupled with our jet-lag which was just kicking in, we were unable to have a full dessert. Instead we shared a homemade ice cream which was a satisfying end to a very good meal. 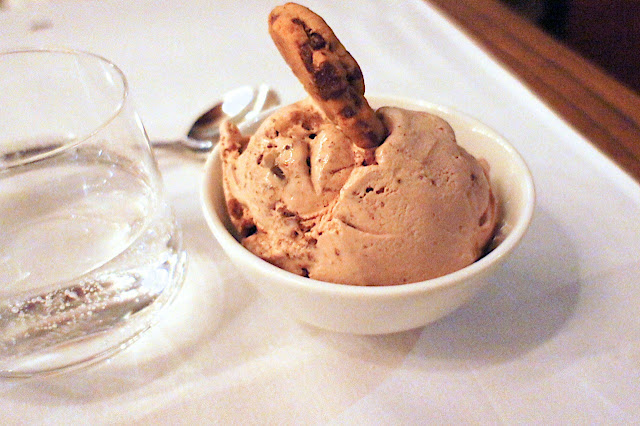 Final Thoughts: Snazzy atmosphere, hip wait staff and sophisticated clientele make this a welcome departure from the usual New York steakhouses (with old grouchy waiters and pictures of long dead baseball players hanging on the walls). The steak here is really good and the appetizers are no worse. I'm not sure what kind of vibe this restaurant has during lunchtime, but it's definitely a dinner place for a steak and some drinks.
Posted by Smiling Lion