Update: Daniel lost one star in 2016 and is now a two Michelin star restaurant.

Daniel Boulud is perhaps one of the least hyped of the three Michelin Star chefs in New York at the moment, but nonetheless has retained its reputation for excellence. A familiar name nowadays as far away as Singapore (where he opened a DB Moderne more than a year ago), his main restaurant, Daniel (which has three Michelin stars) on the Upper East Side just off Park Avenue remains the bastion of modern classical french fine dining in the City, not just in terms of the cuisine but the restaurant interior, wine list and overall experience. 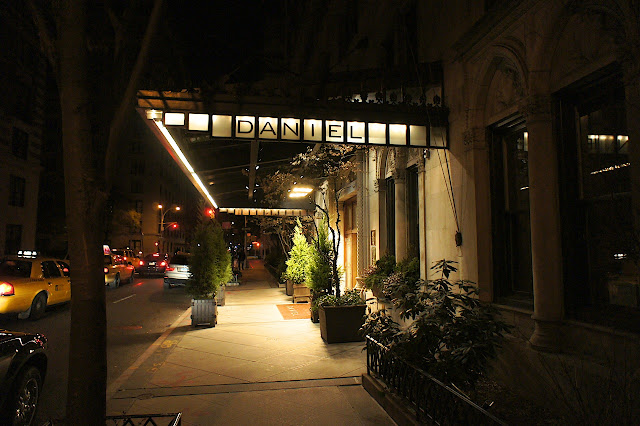 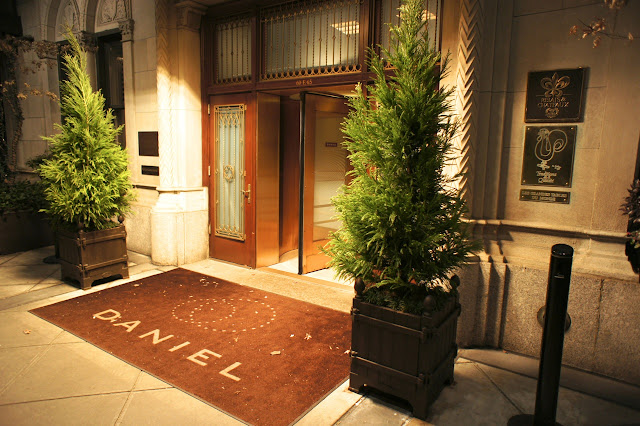 Nestled on a short but quiet East 65th Street just off Park Avenue is its relatively discreet and dimly lit entrance, but upon entering is the large bar and lounge area with the dining hall in a separate room at the end. One thing we noted was the impressive collection of contemporary art on its walls, in contrast with the classical fixtures, pillars and cornices in its interior; an indication of its cuisine philosophy perhaps? 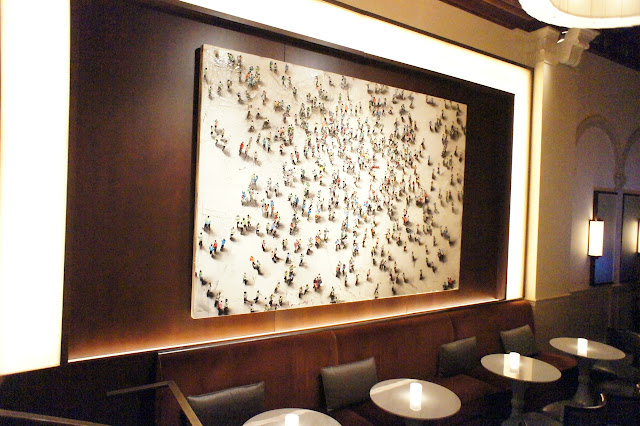 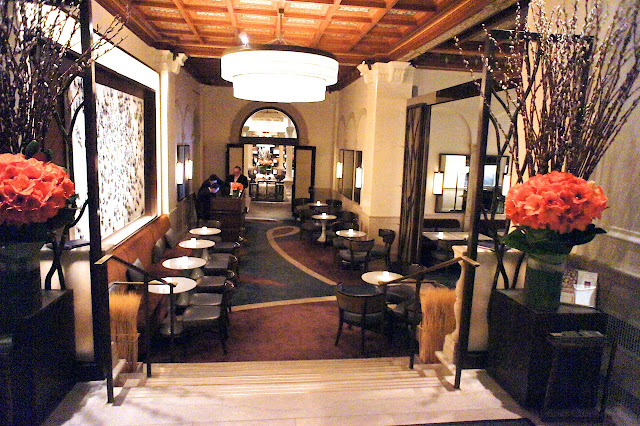 We were there for dinner at the late seating and were given a nice cozy corner seat in the 'corridor' overlooking the main dining room (like box seats at the balcony of the theatre). This meant that our table was very private and we had a good view of the rest of the room, however, it also meant that the lighting was nonexistent and it made it almost impossible to take any proper photos of the food. 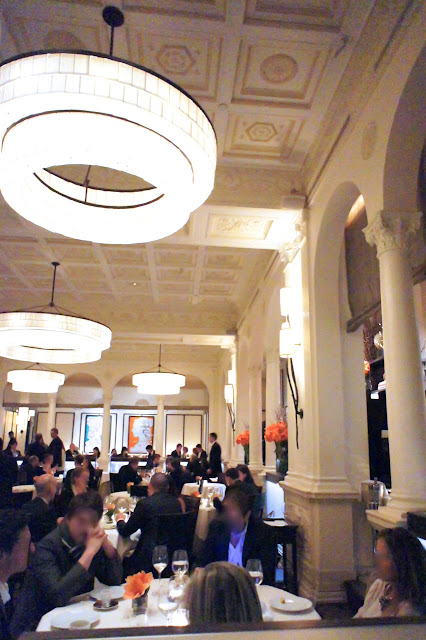 For the dinner, we opted for the 6 course tasting menu with the accompanying wine pairing. We were served some amuse bouche but regrettably we have forgotten what they were now (not to say that they weren't good). 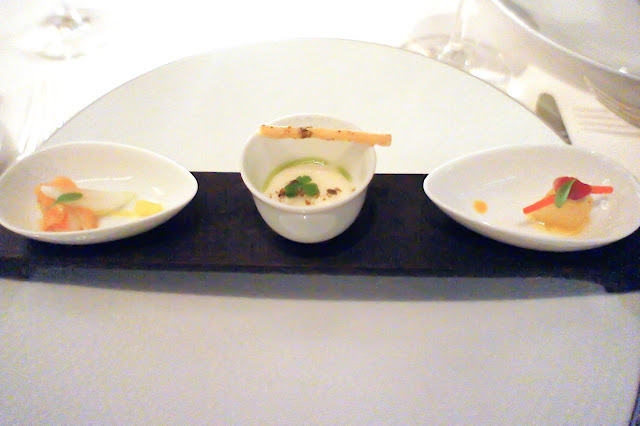 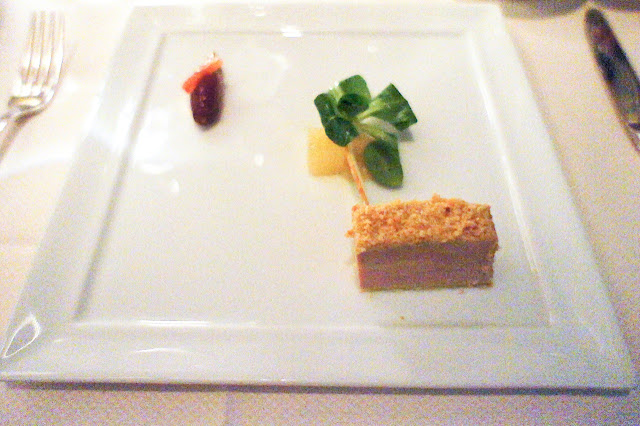 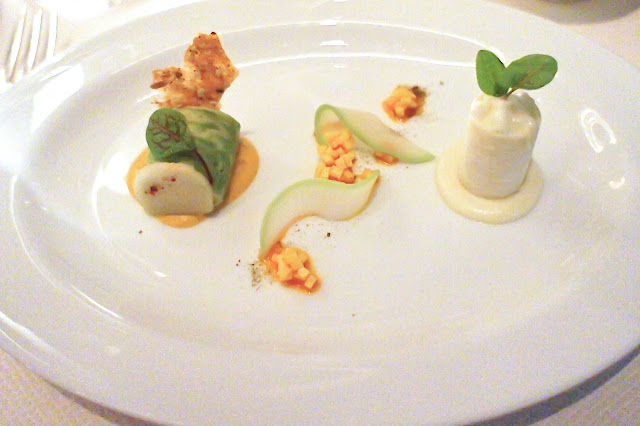 Spinach Raviolini with Scottish Langoustines - littleneck clams, young turnips, riesling sauce (paired with 2010 Domaine Terrebrune Bandol Blanc, Provence): the langoustines dominated this dish, to the extent that I felt that the raviolini was slightly overpowered. That said, this would be preferable to the opposite outcome, especially when the langoustines were sweet and fresh. 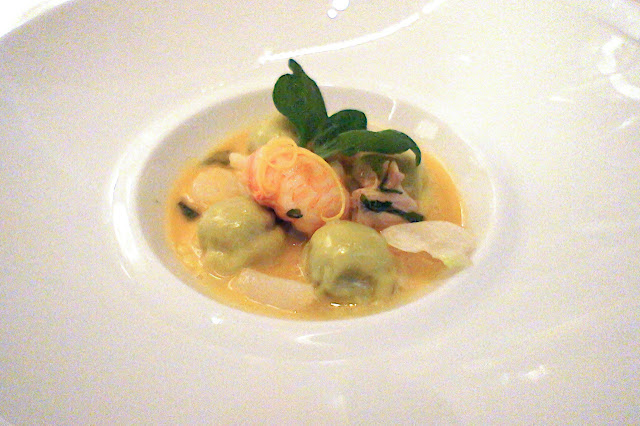 Pan Roasted Wild Turbot - trumpet royale, braised tardivo radicchio, pine nut arancini, sherry barrel aged balsamic (paired with 2009 Copain Pinot Noir Tous Ensemble, Anderson Valley): Though I generally do not like my turbot panfried or roasted (as it usually ends up too dry), this was done just right without compromising the moisture in the fish. Also, the sauce was very good and the dish as a whole was quite light. 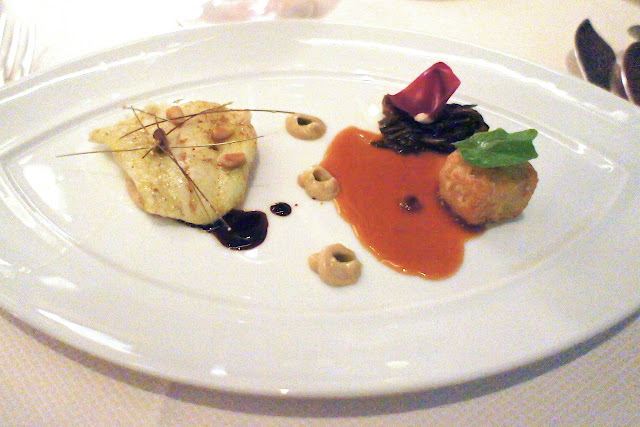 Roasted Veal Tenderloin with Creamy Polenta - poached cheeks with parsley pasta, crispy sweetbreads with hedgehog mushroom and crosnes (paired with 2005 Chateau Robin Cotes de Castillon, Bordeaux): My wife really liked the very tender and juicy veal with rich and delicious sauce, and the sweetbreads were a welcome addition to the dish. 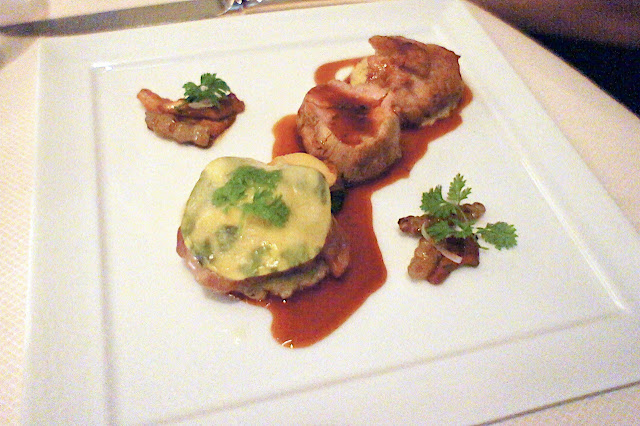 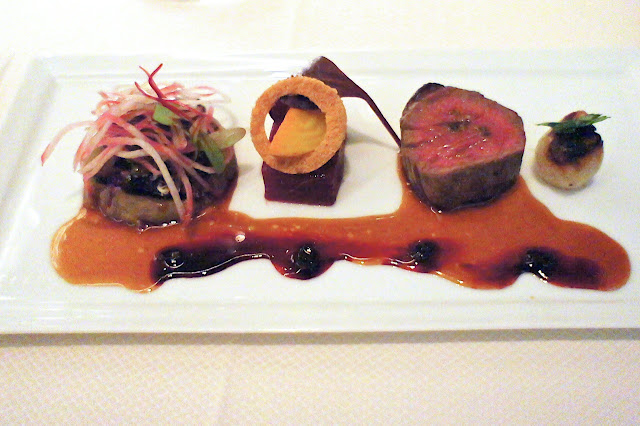 Caramelized Pineapple - tropical mousse, lime, almond crumble, passion fruit sorbet (paired with 1996 Domaine du Rancy Rivesaltes Ambre, Roussillon): This was light and refreshing, but I felt that the pineapple was slightly sour which led it to be a bit more acidic than it could have been. 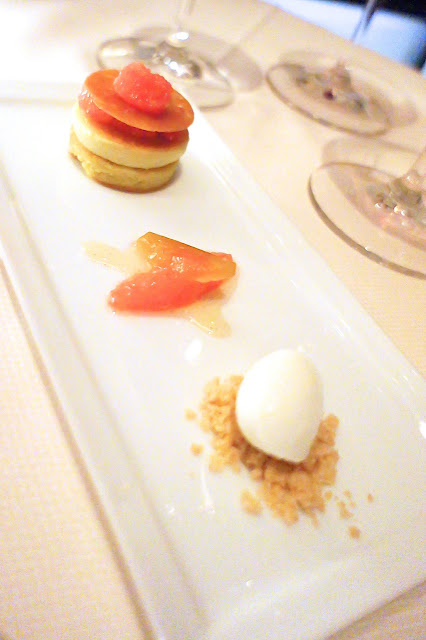 Warm Guanaja Chocolate Coulant - liquid caramel, fleur de sel, milk sorbet (paired with 2005 Chateau Robin Cotes de Castillon, Bordeaux): My wife thought that this looked quite ordinary when it was first served, but could not stop raving about it after she finished cleaning out the plate. 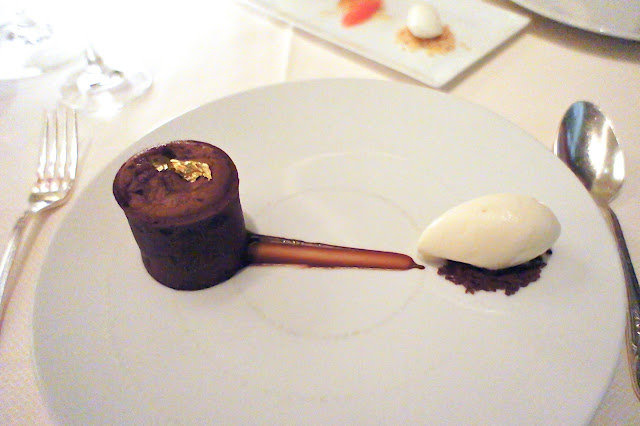 This was followed by coffee and some petit four and madeleines which in particular were very good. 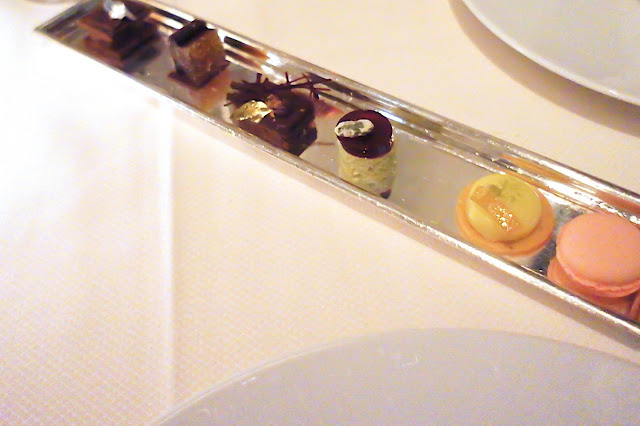 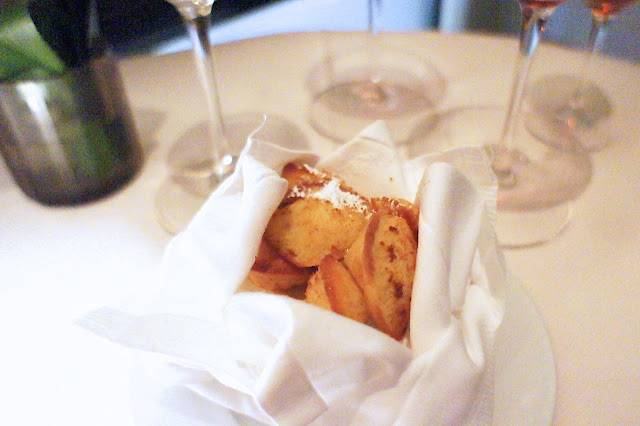 Final Thoughts: A superb meal at an impressive restaurant. As close to a classical French fine dining experience without actually being in France. This is a place where you'd wish you came in your evening best, such is the grandeur of the dining room and the professionalism of the staff. Each dish was technically brilliant and the wine pairing was well put together.
Posted by Smiling Lion