Tucked in a small hamlet in a town called Soriso which was 20 minutes drive from our hotel at Villa Crespi, is one of Italy's six 3 Michelin star restaurants (and the only one in Piedmont). When we got there at 8pm, it was already dark and the entire town seemed deserted. There was only one place which appeared to be open and lit; and that was the Hotel and Restaurant Al Sorriso. A humble-looking property run by a husband and wife team, Angelo and Luisa Valazza, we can only imagine that the hotel caters almost exclusively to restaurant guests (who do not wish to drive a long way back after dinner). Angelo runs the dining room and Chef Luisa is the much celebrated chef who runs the kitchen.

Interestingly, Chef Luisa is one of three women in Italy who hold 3 Michelin stars (there are six 3-star restaurants in the whole of Italy), which speaks of the domination of female chefs in Italy (as compared with France).

Update: In the 2012 Italian Michelin Guide which just came out after our visit here, there are now seven 3-star restaurants in Italy with the inclusion of Osteria Francescana 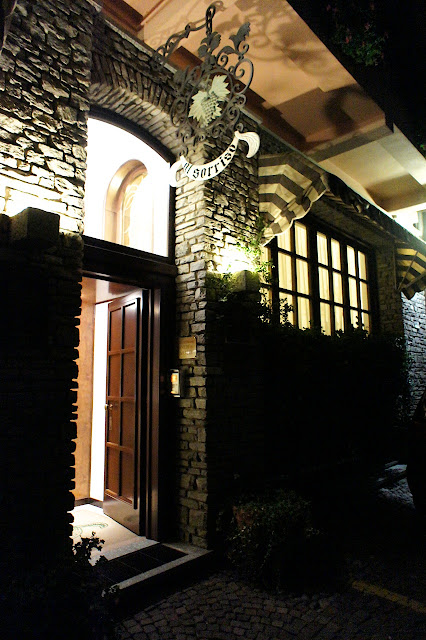 The dining room was simple and elegant yet a little rustic. The restaurant's interior and the quiet hamlet on which it was located reminded me a lot of Antine. In fact, there was a very Piedmontese feel about the restaurant. We were served by Angelo and two young wait staff in the most attentive manner possible. Angelo was very charming and would speak to us constantly throughout the dinner, asking about our meal, where we came from, etc. 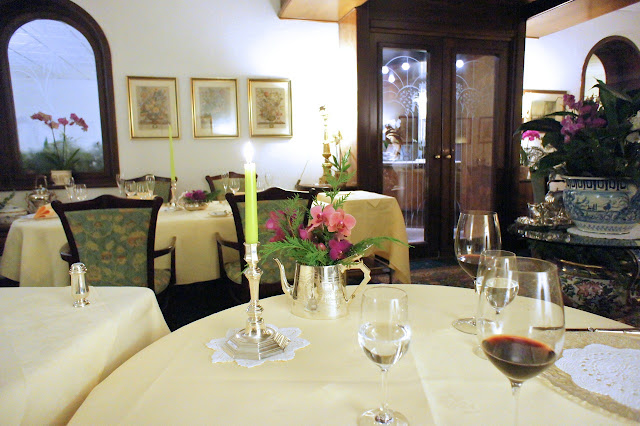 The wine list is quite extensive but not necessarily cheap. I picked out a 1995 Rocche Dell'Annunziata Barolo from Paolo Scavino which was supposed to be very good (and a good vintage as well) but somehow it disappointed as it was quite acidic and wasn't like the great Barolos we have gotten used to. 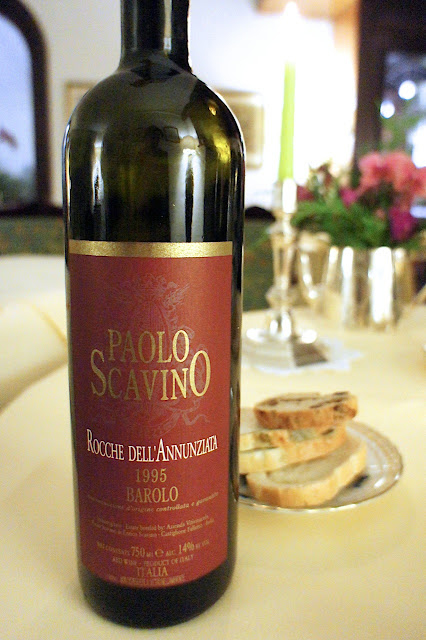 Simplicity seemed to be the philosophy of the restaurant. You would not get any of the fancy stuff normally expected of a 3-star restaurant here, as the Valazzas seem intent on keeping everything down-to-earth and focusing on getting the fundamentals right.

Amuse bouche was a not insubstantial grilled aubergine, which was delicious in its simplicity. 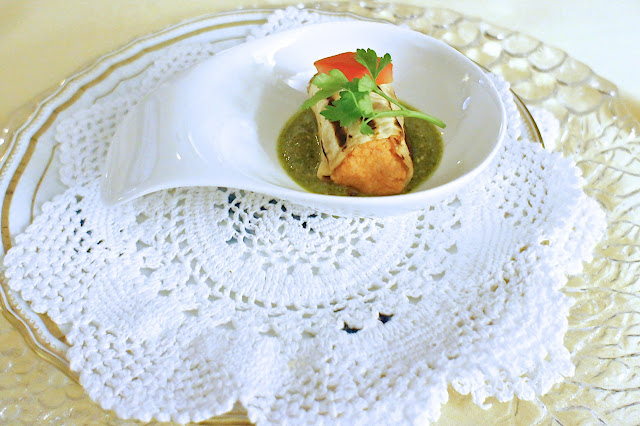 The classic duck foie gras was probably the best executed foie gras in this form we have ever eaten. It was nothing innovative, just perfectly cooked (no veins, you'd be surprised how rare that is even in some of the top restaurants) and the sauce was brilliant. 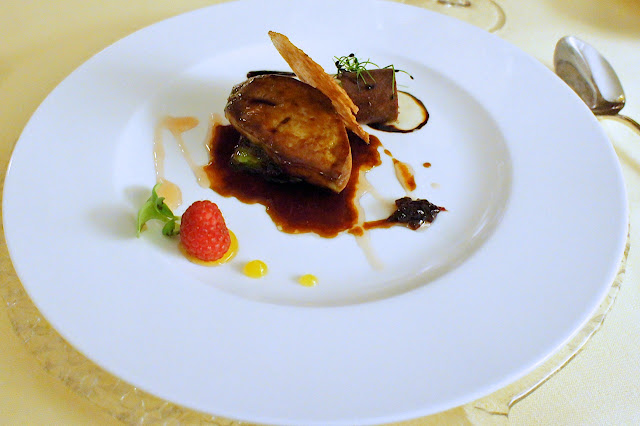 The lobster with dried apple was also very good. The choice of the sweet fruit was interesting as it complemented the lobster well. There were some pine nuts and bean sprouts sprinkled around to add to the light flavours. 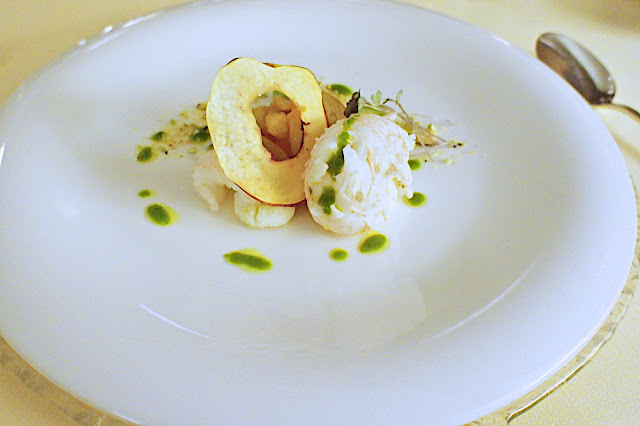 The large porcini mushroom was simply out of this world. Chef Luisa cooks the food with the minimum of fuss and in the way it should be cooked. 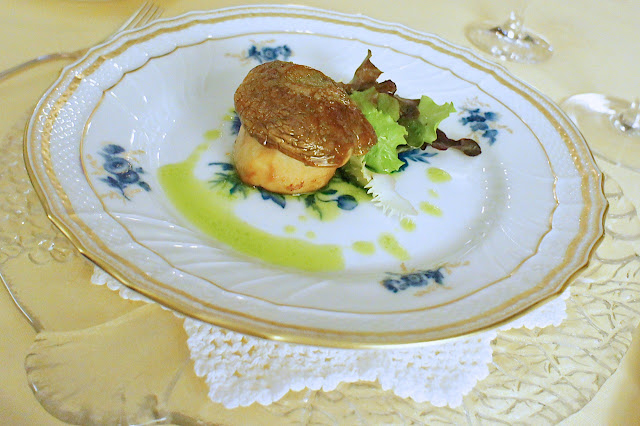 The saffron risotto was also very good, not too creamy and with a nice bite to it. The deep fried zucchini flower was also a nice addition. 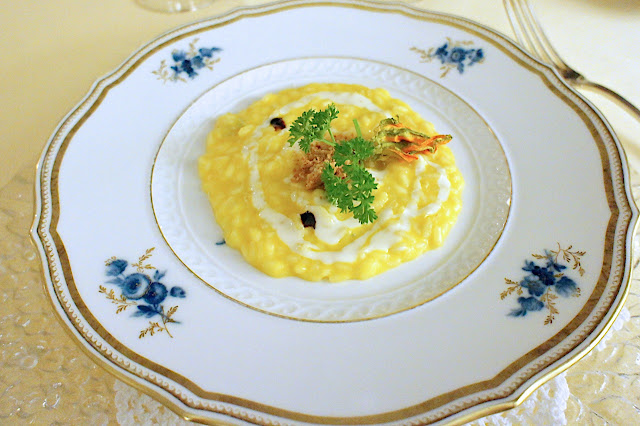 At the start of the meal, Angelo was already raving about the beef. He kept saying numerous times that the beef was the most tender (he called it the most tender beef) and that we will not regret trying it. This was the local Piedmontese beef which was so tender that it could be cut with a spoon. Remarkably, its tenderness did not come from its high fat content, and the meat tasted surprisingly lean. The sauce, as can be expected, was excellent. 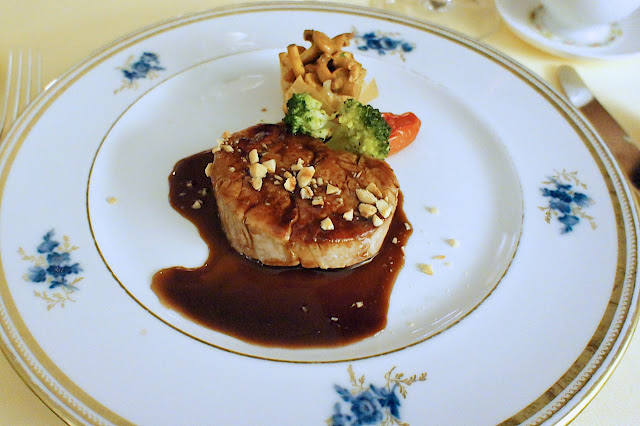 Al Sorriso had a good cheese trolley, and the 3 blue cheeses I had matched well with the rest of the bottle of Barolo. 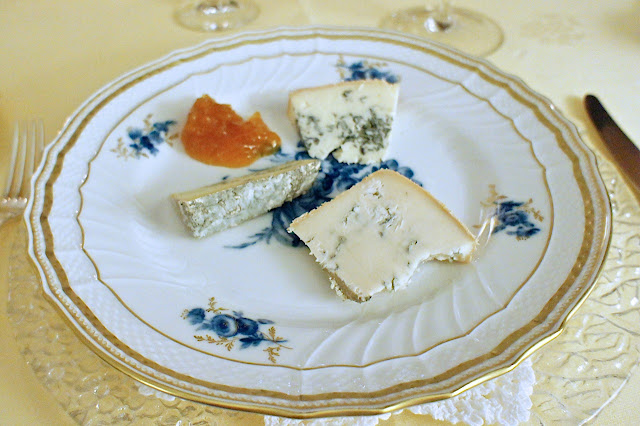 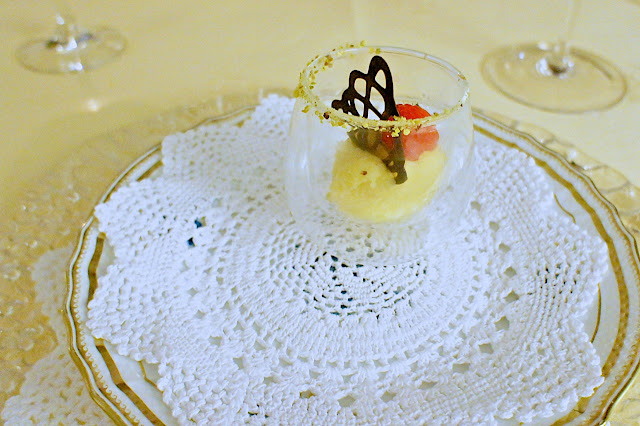 The molten chocolate cake was a rather unexciting dessert to end of this meal. Though it was (as with the rest of the meal) perfectly prepared and the chocolate was very good, I would have expected something a bit more grand. That said, our experience dining in Italy is such that fancy desserts don't really form part of their dining psyche, and that generally they would be happy with a scoop of gelato, a piece of cake or a panettone. 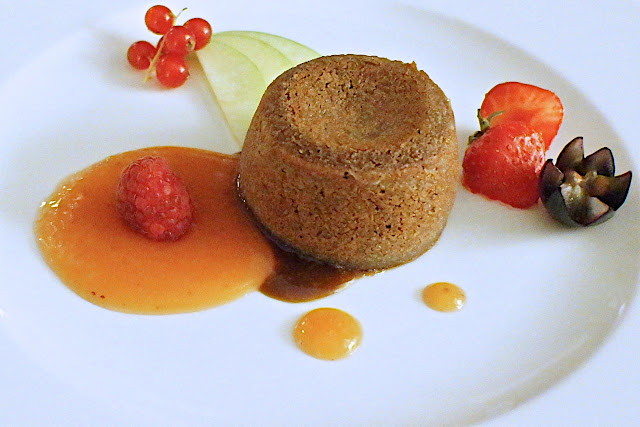 The petit four consisted of some small pastries, nuts, chocolates and sweets which, to be honest, didn't look very appetizing. It was a bit of a flat ending to an otherwise fantastic meal. The entire meal was simple, well-cooked and unpretentious, yet unfortunately, for the dessert, I'd prefer something innovative instead of something simple. 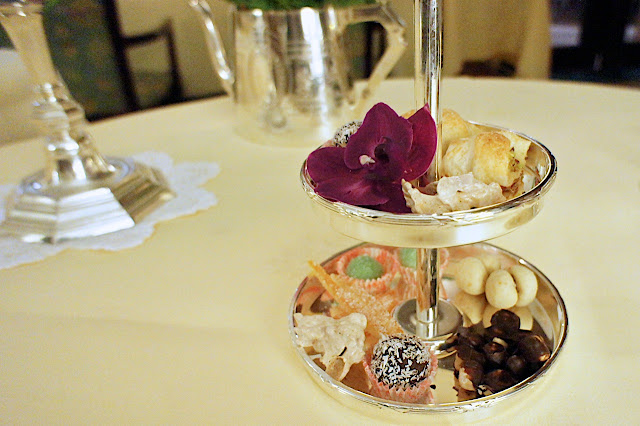 Final Thoughts: This meal was an object lesson in simplicity. There was little surprise in any of the dishes but each of the main courses were prepared with such perfection. Each of the main courses could be judged on a standalone basis to be of 3-star quality. Chef Luisa's style of cooking didn't rely on fancy techniques, tricks, foams, garnishes or ingredients; lesser chefs will struggle to cook like that as there's nowhere to hide. With Angelo's forceful yet charming personality and Chef Luisa's skill in the kitchen, they are a formidable partnership. Pity about the desserts but then one must adjust one's expectations for dessert when one dines in Italy.
Posted by Smiling Lion