We were looking for a light dinner in Venice after a week of heavy eating elsewhere, and on the recommendation of some food writers, decided to try Da Remigio, which was supposed to be a short walk from our hotel. It didn't get off to a good start. The directions, which I took from google maps, led us to an entirely different part of Venice, resulting in us walking around in the dark alleys for 45 minutes in the drizzle, before we finally found it (it was indeed just behind our hotel). Much of this I attribute to the poor street signage in Venice, which is a common problem when walking around Venice (some say that's part of the charm of Venice).

Da Remigio was a bustling trattoria which had a large number of American diners when we were there. The menu consisted of many typically touristy Italian food such as seafood pasta, spaghetti vongole, lobster pasta (which incidentally is what every touristy restaurant in Venice it seems tries to push, and its always off the menu) etc. We were totally in detox mode so skipped wine this time and went for a shared pasta and main course. 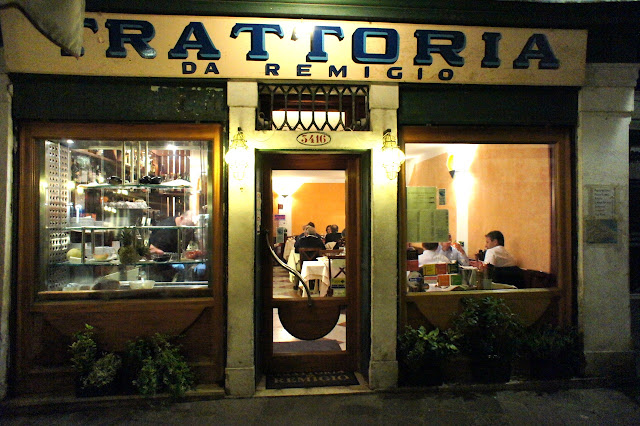 For the pasta, we ordered a mixed seafood aglio olio spaghetti (which was a large portion). It was delicious but there was something really familiar about it. Then it struck us: this tasted exactly like Singaporean Hokkien prawn noodles (except without the egg)! 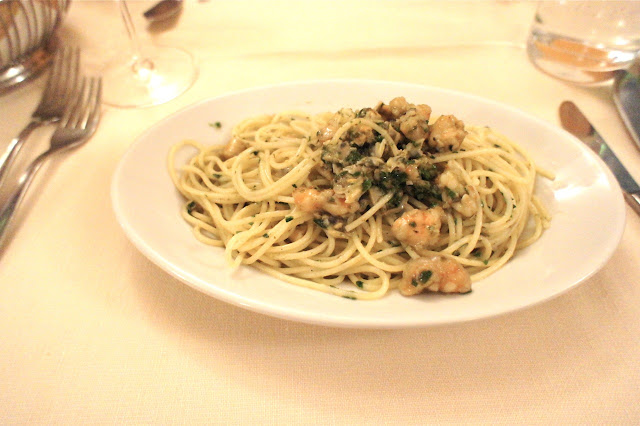 For the mains, we ordered the recommended mixed fried seafood which was also good but wasn't something we couldn't find in probably every other restaurant in Venice. 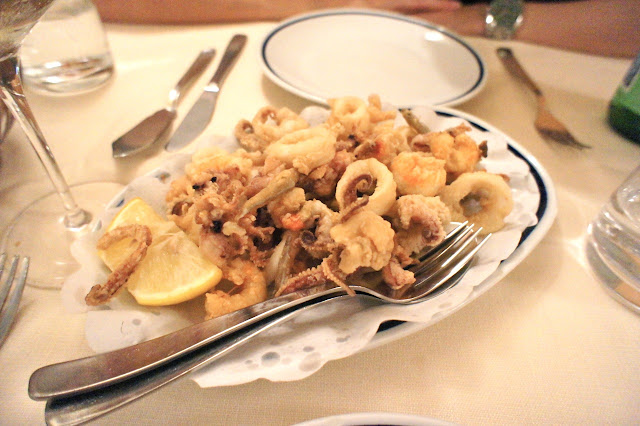 Final Thoughts: In short, food was ok and wasn't unduly expensive. But what turned me off was the rather curt and patronising waiter we had. As a result, we didn't bother to stay for dessert.
Posted by Smiling Lion