Update: Island Tang lost its one Michelin star in 2013.

Island Tang is a 1-Michelin star Cantonese restaurant in Central, Hong Kong. I'm not going to write about the food extensively as we were there for a dim sum lunch on a Sunday, so many of the dishes were stock standard dim sum dishes, with a few exceptions. But the restaurant has an interesting old world decor which adds to the charm and sophistication of the place.

From dark wood panelling, to cigar-lounge leather chairs, to slowly-spinning ceiling fans and saloon-style lamps, eating here was like being transported back to 1920s Shanghai (made sense as the owner of this restaurant also apparently founded the Shanghai Tang label). Waiters were dressed to the same theme and service was excellent throughout.

Decor like that gets you a Michelin star, apparently. The food here (and I've been here for dinner as well) is good but not spectacular. This is apparent in that during the usually crowded Sunday dim sum brunch period, the restaurant was very empty. Hongkongers love their Sunday dim sum and will be flocking to their usual dim sum places, just not here. Aside from us, most of the other guests were caucasian or otherwise foreign Asians. In addition, food here is pretty expensive. 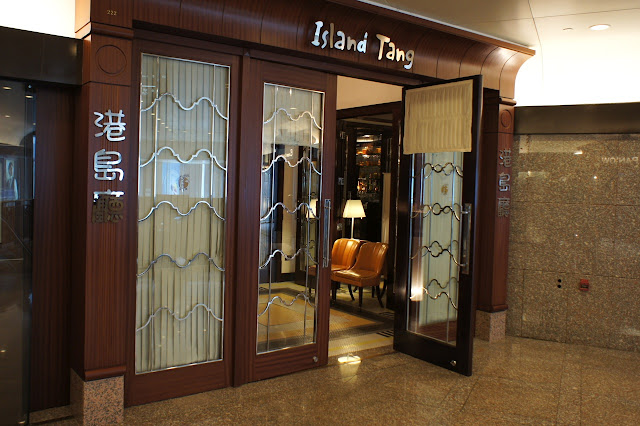 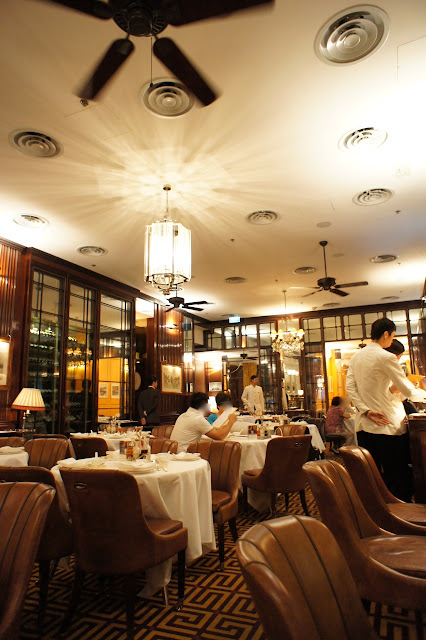 The Char Siew buns were decent but the soups were actually excellent. 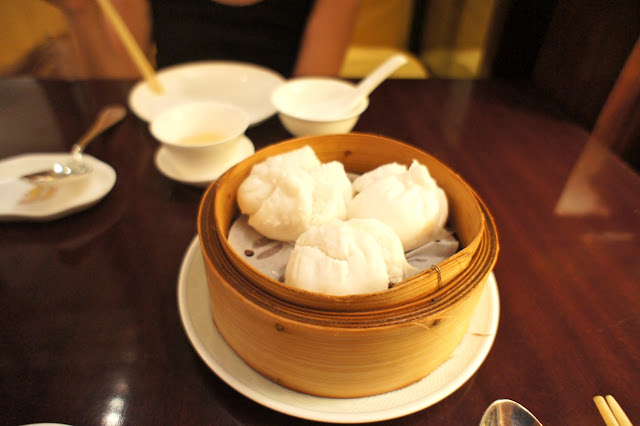 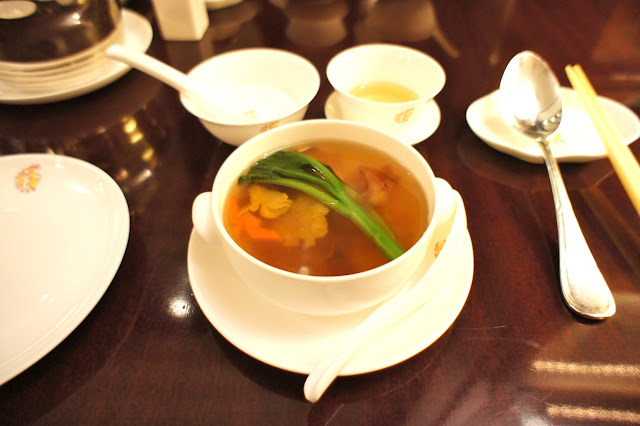 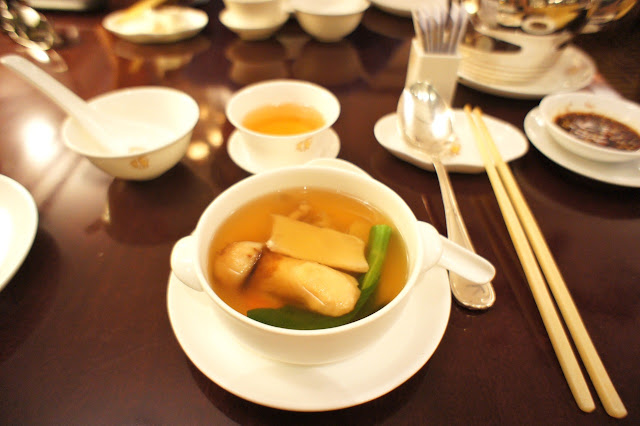 One of their specialities is the crab claw in some kind of egg sauce. The egg yolk sauce was very rich, and I felt that the crab claw was too soggy and soft (I suspect the crab claw wasn't steeped long enough before removing from its shell). Fancy dish, but I felt it was just about lacking in quality. 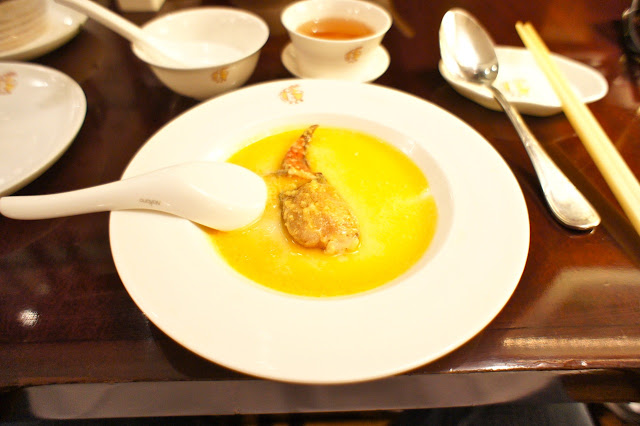 Century egg porridge and custard buns were regular but the yam paste (Or-Nee as the Teochews know it) was interesting in that it was on a bed of bean curd. 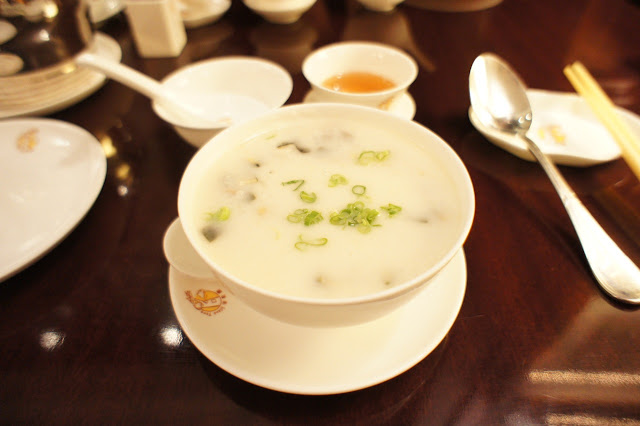 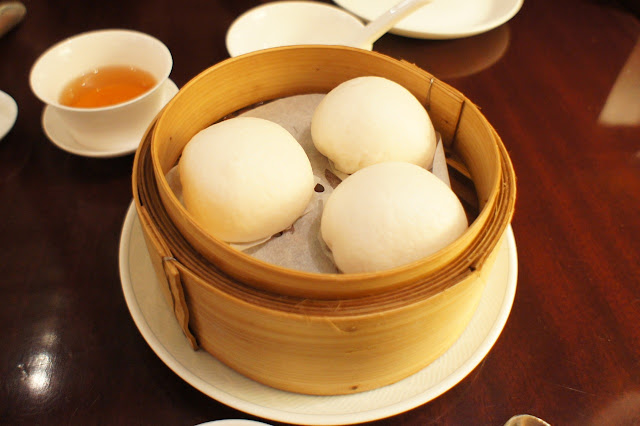 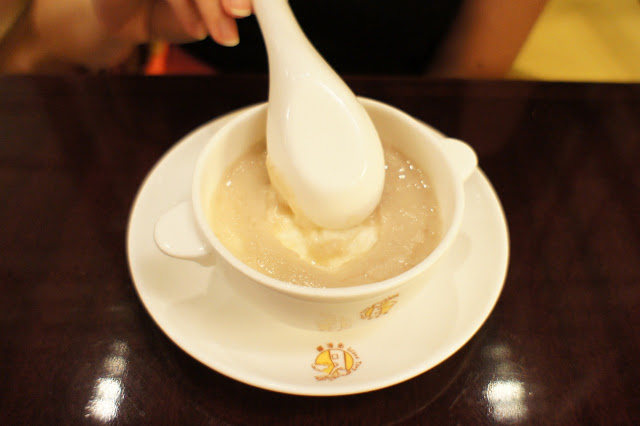 Final Thoughts: You won't find hardcore Hongkong diners here very often. It is a place for business lunch/dinners and expense accounts, for tourists who want to enjoy the rather unique ambience and for people who forgot to make reservations on a Sunday and desperately want a place to have dim sum on a Sunday noon. On a positive note, you'd get much better service here than at your usual Hong Kong dim sum restaurant. Also this place has a very slow and relaxed feel about it, so if you are nursing a bad hangover and want to avoid the noise and bustle of a typical dim sum restaurant, this could be the place.
Posted by Smiling Lion