Ukai-Teh is a 1-Michelin star teppanyaki restaurant in the Ginza area of Tokyo. Strangely, there are only 2 teppanyaki restaurants which have been awarded stars by Michelin, and both are Ukai-Teh restaurants (the other one is at Omotesando). In traditional style, it has various sitting areas, from the reception area where we were served ginger tea, then we were led to the teppanyaki counter, and after lunch, we were brought to a lounge where we had our coffee and desserts. 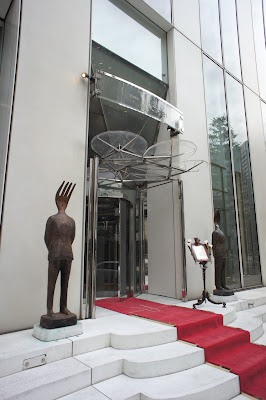 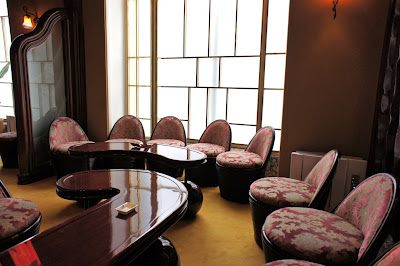 The teppanyaki counter was a large circular counter which allowed for guests to be seated away from each other yet made it easy for the chefs to serve us. Despite the heavy dinner we had last night, we went for the full dinner menu (though it was lunchtime) in order that we could taste the best they had to offer. The wine list was quite short but looked reasonably priced, and we picked out a 2006 Domaine de la Janasse Chateauneuf du Pape which was a sensible Shiraz to go with the beef. 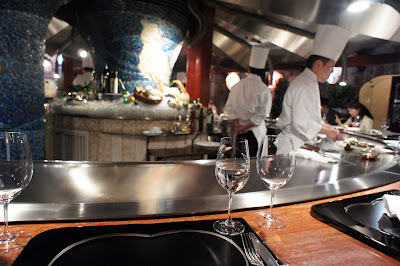 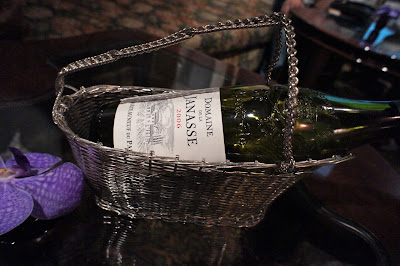 The meal started an amuse bouche of egg custard (chawanmushi) with truffle oil and garlic cloves. 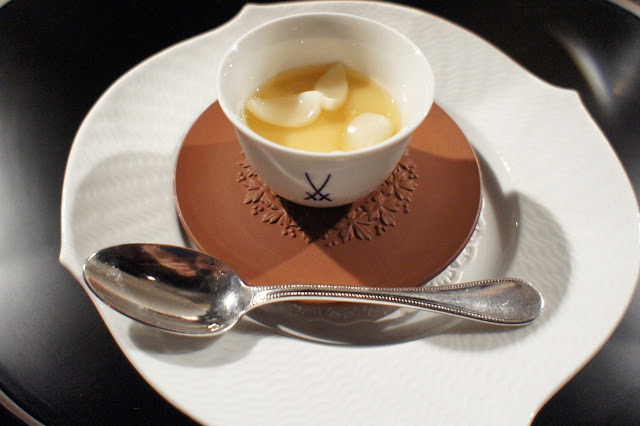 For our entrees, my wife had the shrimp salad while I had the scallop with foie gras and truffle sauce (which was really filling). 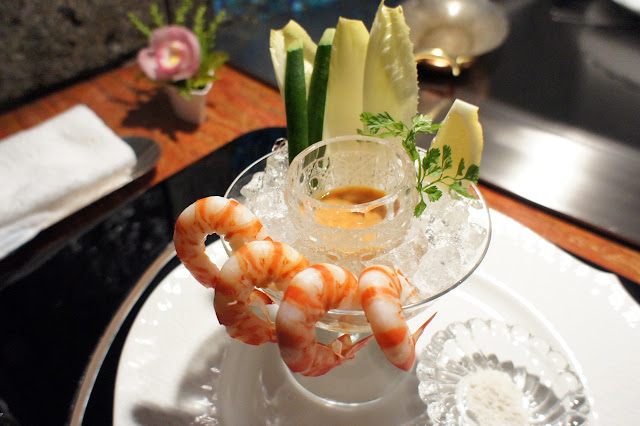 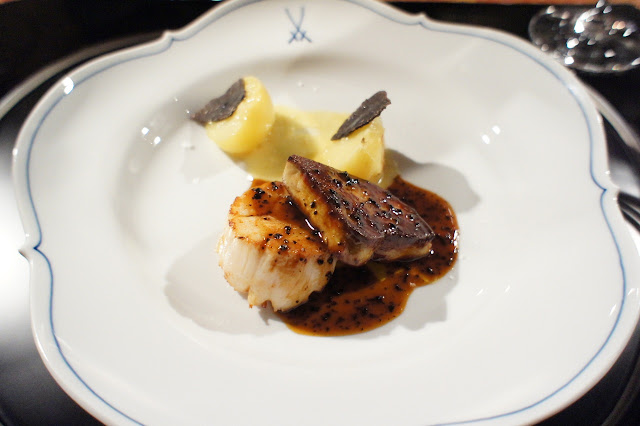 The first teppanyaki dish was the abalone. The chef brought the live abalones out on a bowl of ice. We were surprised with how 'live' it was, as both abalones tried to climb their way out of the bowl (we felt a bit sorry for them). Unfortunately for them, the chef tossed them both on the teppanyaki hot counter and covered them with a heap of sea-salt. They were then both covered and left to cook for a while. 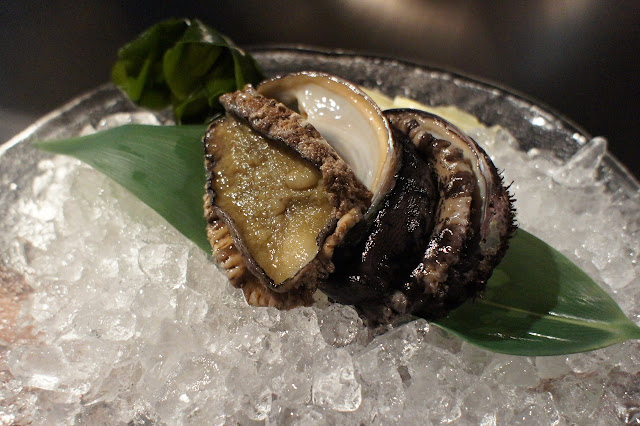 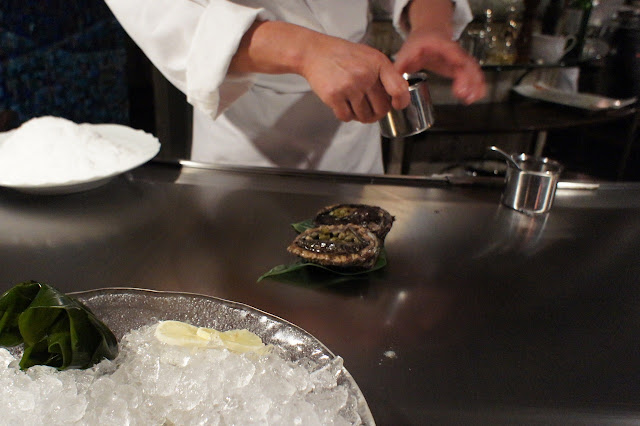 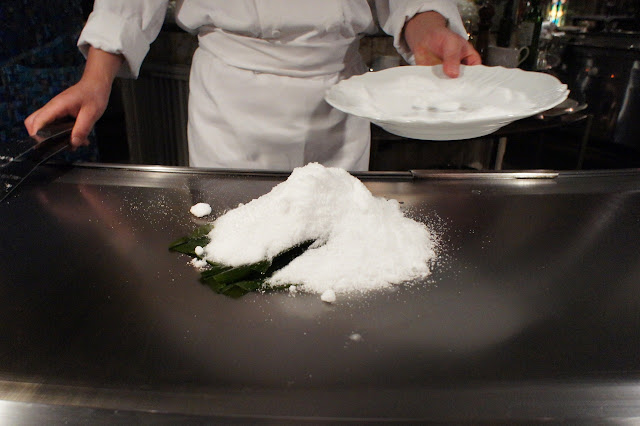 In the meantime, we were served with the king crab bisque which was very delicious and had large chunks of crab meat. 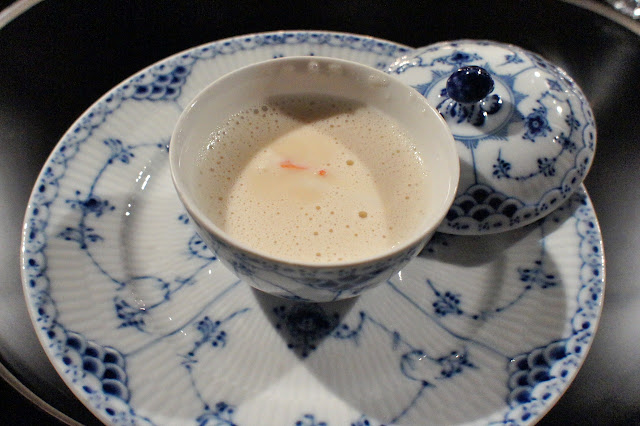 The abalone was ready to be served and it was garnished with broccoli and saffron butter sauce. The huge abalone was very fresh (as was to be expected) but we felt that the butter sauce was too heavy. 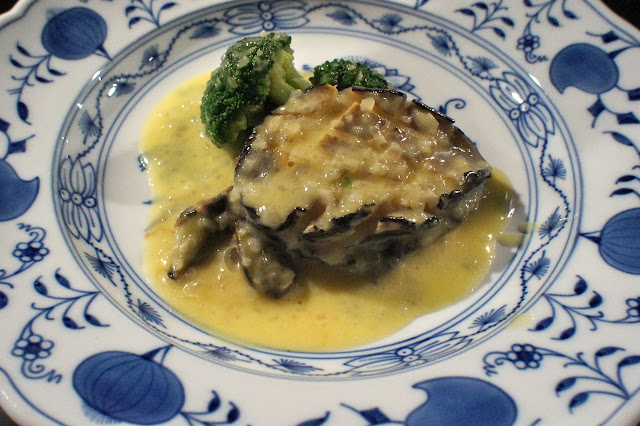 Then the main attraction for lunch: the Kobe beef, served with garlic chips and salad. It's as good as it gets. 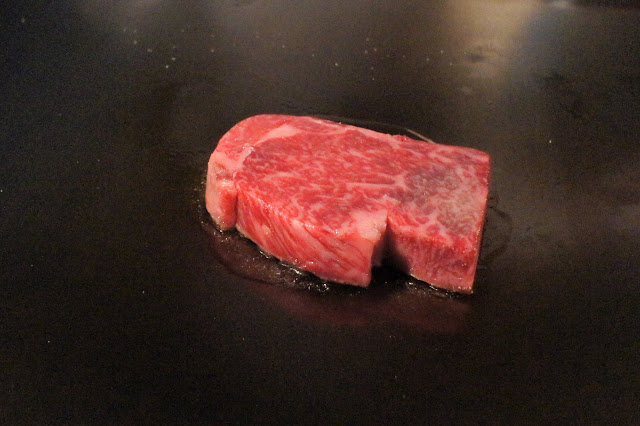 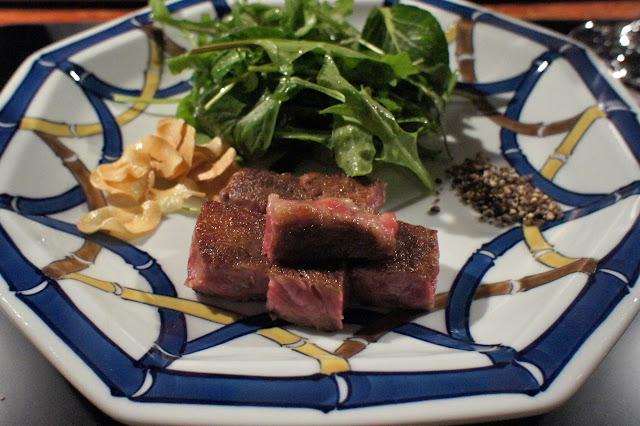 After our main courses, we were led to the lounge area where we had the choice of dessert. My wife went for the creme caramel while I had the fresh strawberry with yoghurt. Both were very refreshing after a heavy lunch and a bottle of wine. 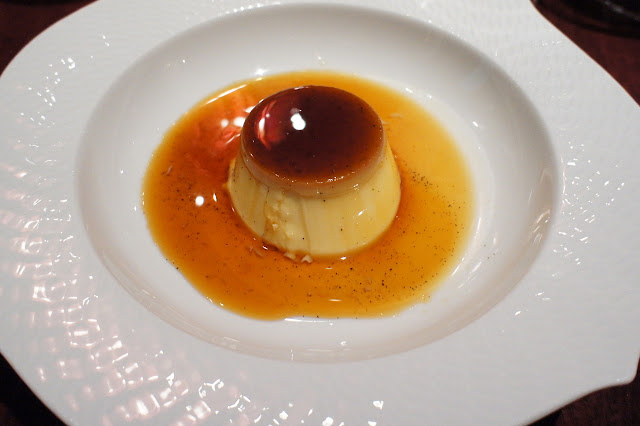 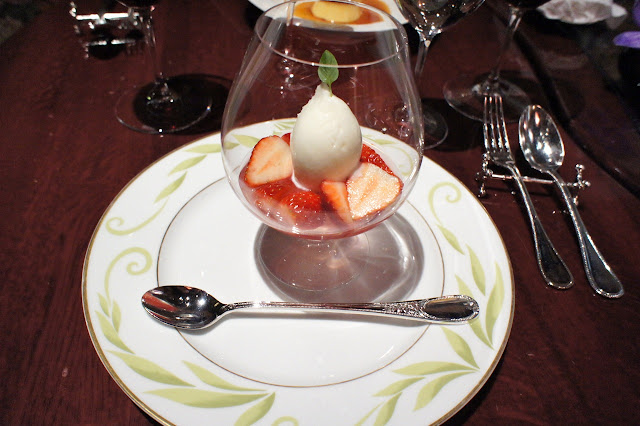 This was followed by the dessert trolley from which we picked out some more desserts and sweets. We were served these with some coffee. 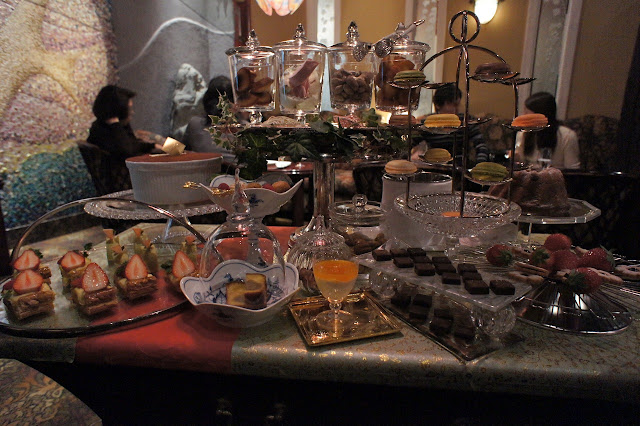 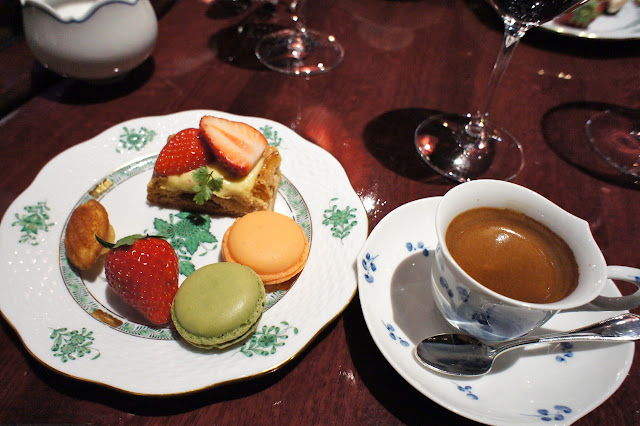 It was a very good lunch, and definitely worth a visit to satisfy a craving for great Wagyu teppanyaki-style.

Food: High quality ingredients made for a very luxurious meal
Wines: Bistro-style wine list, short but with a good representation of french wines
Ambience: Casual. Unlike many teppanyaki restaurants, our clothes did not smell after lunch which was a testament to the fact that they had working hoods above the stoves
Service: Good