Sukiyabashi Jiro Roppongi is a 2-Michelin star Japanese sushi restaurant in Roppongi, Tokyo. It is the younger sibling of the Sukiyabashi Jiro Honten which has 3-stars and is helmed by the doyen, Chef Jiro. Roppongi is run by Chef Jiro's son. We had intended to dine at Honten, but unfortunately our hotel concierge informed us that Jiro refused to take our reservation as we did not speak Japanese (!!), hence we were referred to Roppongi where they were more flexible. We were extremely annoyed by this. We have eaten countless times in Japan and elsewhere where we have not been able to communicate with the restaurant chef or staff but never had any problems. After all, we'd eat whatever was placed in front of us and then at the end of it they present us with a bill with figures on it which we could read, so we couldn't understand why Jiro would make an issue of it.

The branch in Roppongi is located opposite Roppongi Hills in an apartment complex, at a quiet corner. As usual, we couldn't make any sense of the unit numbers so had to walk around a bit to identify the place from the picture of the entrance which we had in our guide book. 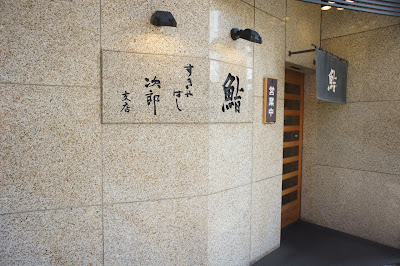 The restaurant was quite big by sushi restaurant standards in Tokyo, with a 10-11 seater counter and 2 four-seater tables (there could have been a private room, we are not sure). It was quite quiet with only another couple at the restaurant during lunchtime. We were served at the counter by the Jiro's son, who runs this restaurant, and his young assistant. 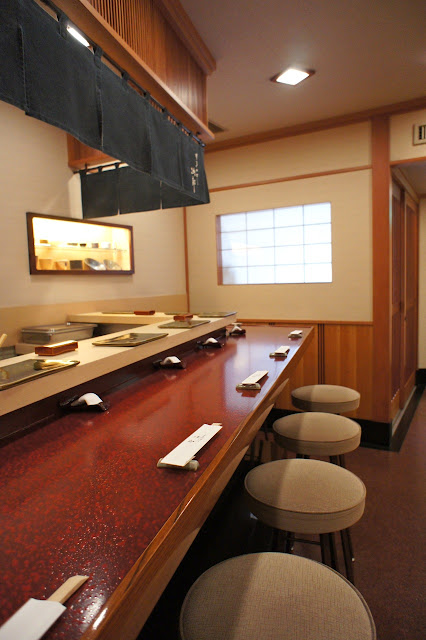 We started off with two dishes of very fresh sashimi (loved the mackerel), then it was straight to the sushi. 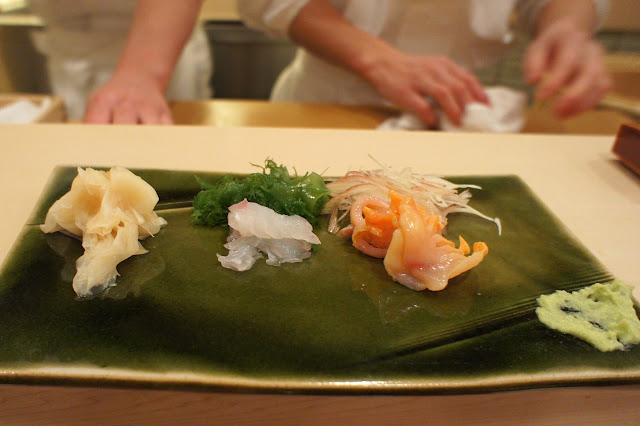 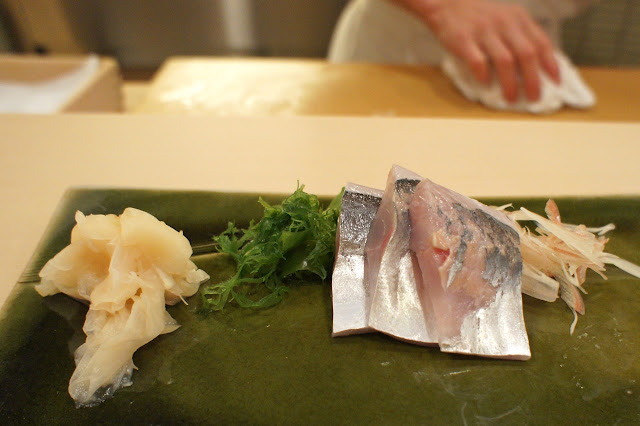 The style of sushi here was different to Harutaka, in that the rice was more vinegared and moist (unlike Harutaka which rice was whiter and more fluffy, different styles). Each piece was excellent, and came out at a good pace (not too rushed, neither did we have to wait long for the next one). 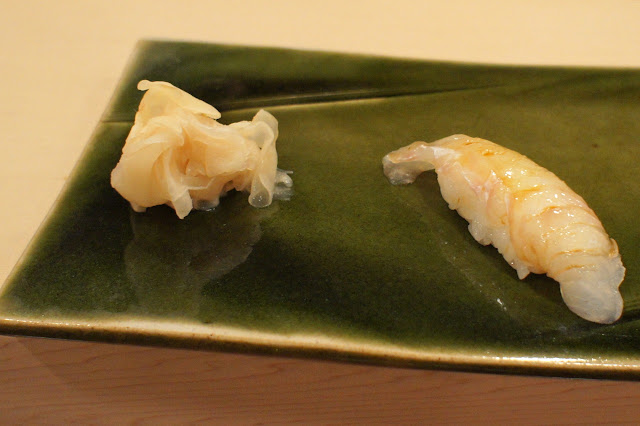 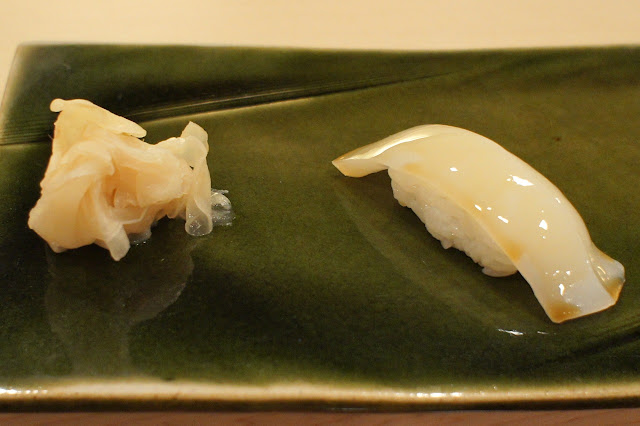 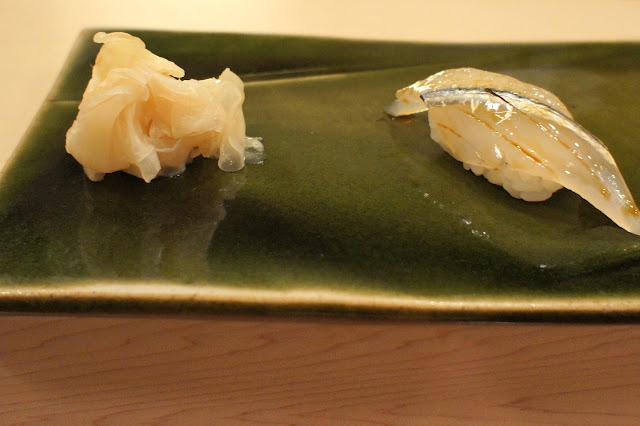 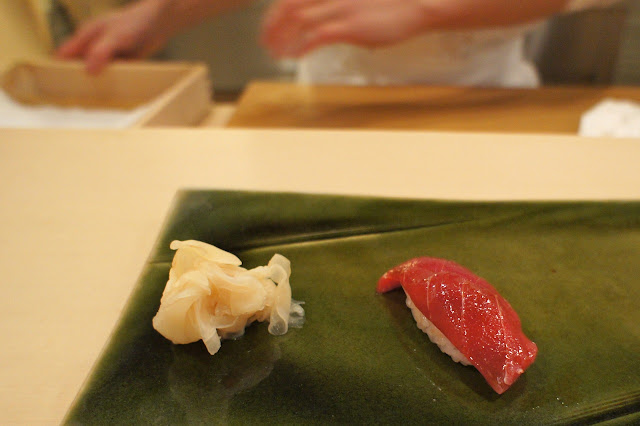 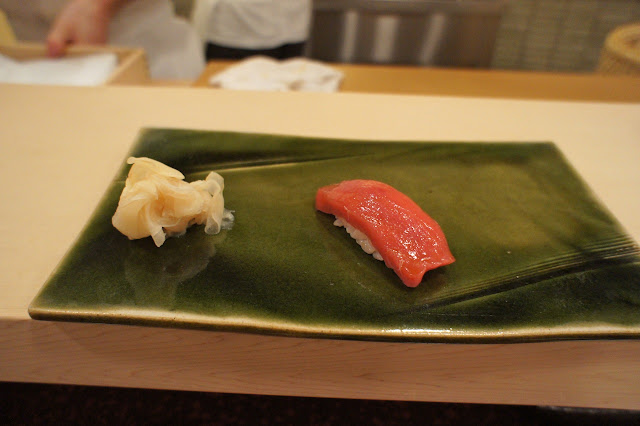 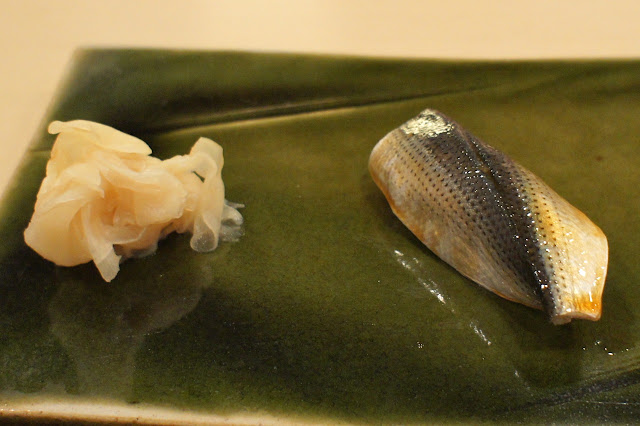 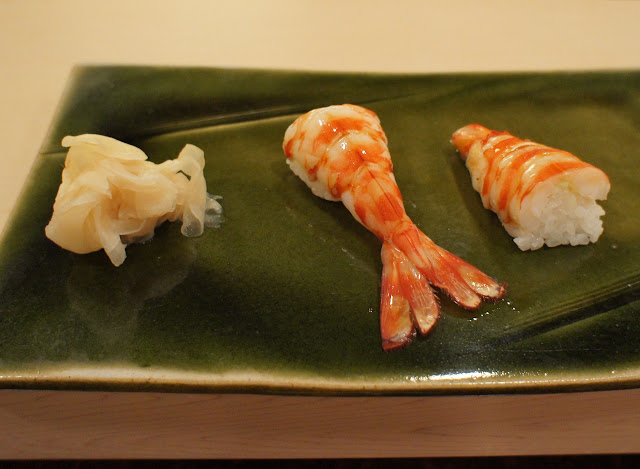 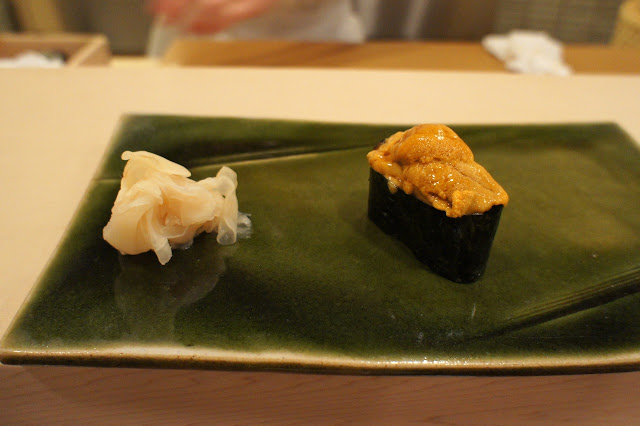 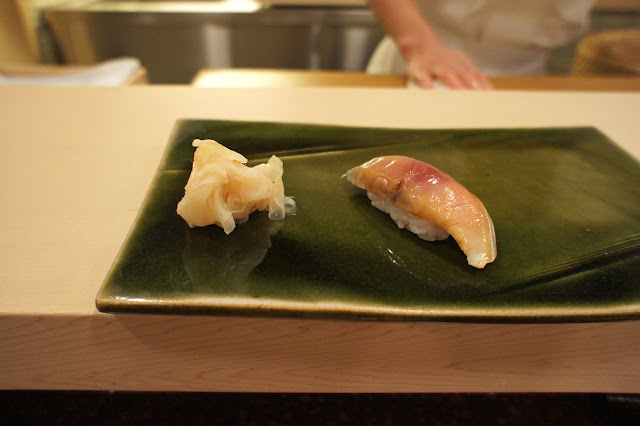 The sushi at a top restaurant such as this (and Harutaka) may not look to be much different from those you can get at any regular japanese restaurant, but in reality the quality of the ingredients and technique far outstrip the ordinary restaurants. The way each grain of rice is prepared and marinated, the way the sushi is pressed together (unlikely to have half the chunk of the rice falling off when you are picking it up), the freshness of the fish which is often taken for granted, and very importantly the way the fish is sliced (this is commonly overlooked, as the slicing of the raw fish is critical to the sushi tasting the way it does), bear testament to the highest standards that these chefs aspire to. 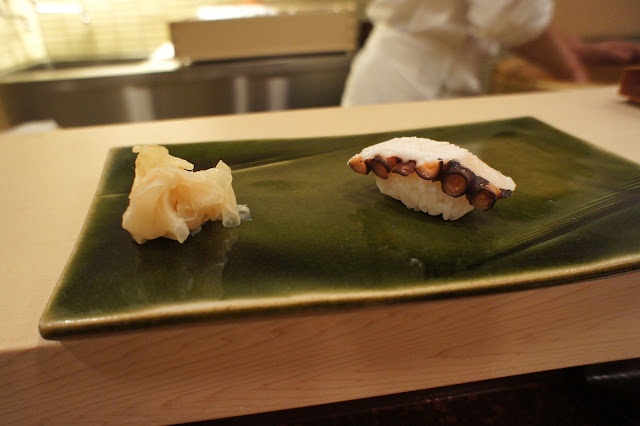 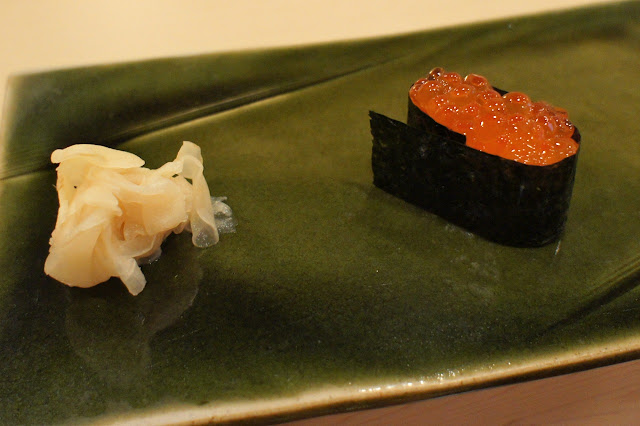 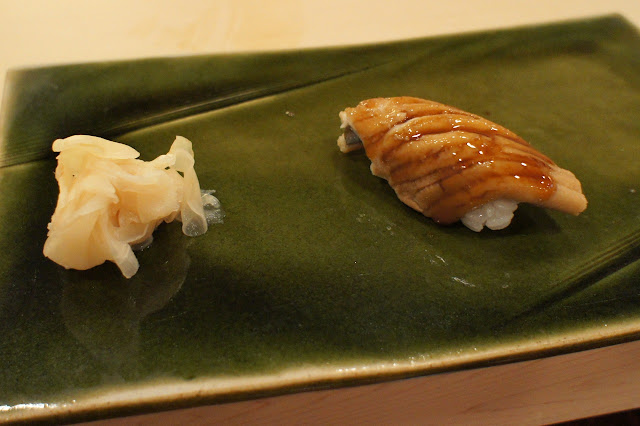 To end of the meal, we had their famous tamago (egg) which was unlike any tamago we have had. It was light and spongy, and a fitting end to a subtle yet exceptional sushi meal. 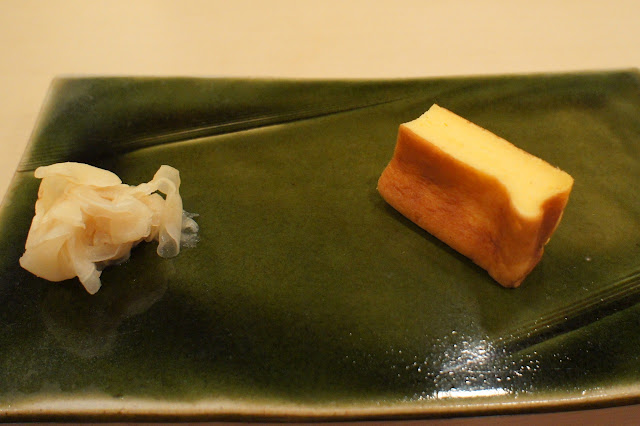 It was a very expensive meal (as these top sushi restaurants are in Japan), but for people who love their sushi, this would be as good as it gets.