Update: The meal below was prior to its recent renovations. It was closed for almost 3 years and has just reopened with a new chef.


L'Osier is a french restaurant located along the Ginza strip in Tokyo. It is owned by the Japanese cosmetic giant, Shiseido, and is located in the Shiseido Building in Tokyo. Up till 2010, it was acclaimed as one of the best French restaurants in Japan and had held 3-Michelin stars, until 2011 when it (temporarily, I hope) relinquished all its stars due to its impending closure for renovations. For that reason, we were very keen to eat here while it was still possible, yet we were slightly apprehensive that standards may slip in the last 2 months of operations. 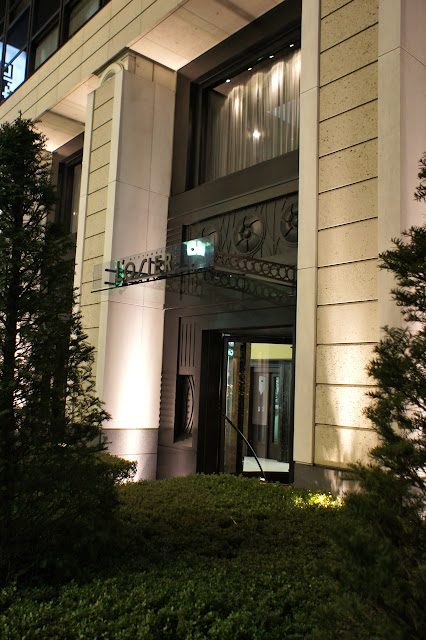 We were warmly welcomed at the entrance and shown to the dining room on the second floor. According to the concierge at the Four Seasons who made the booking for us, he could only secure the 'table by the door' and he was concerned that we may not have liked it, however, the dining room was sufficiently spacious for it not to be an issue at all. While sipping on Blanc de Blancs champagne, we looked through the menu and opted for the most extravagant-looking Menu L'Osier (as it would be our first and last time dining here, at least in the next 3 years). Champagne was accompanied by a cheese puff (gougere) with black truffle cream and a slice of black truffle to top it off. 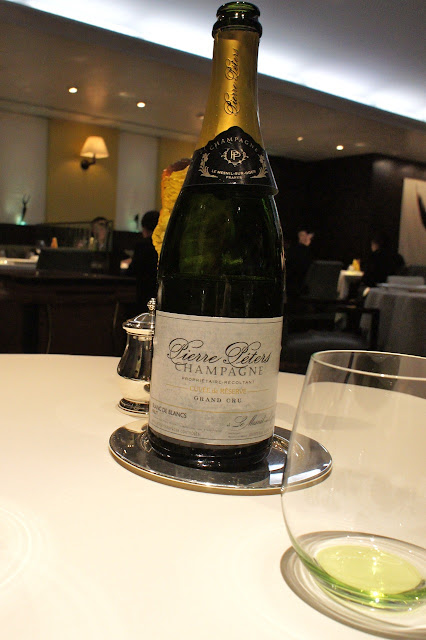 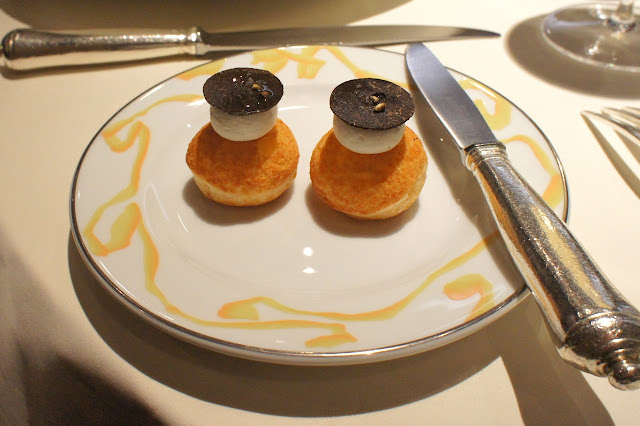 Wine list was surprising only 2 pages long but had decent breadth (if not depth) and the mark-up was not crazy. We chose the 2002 Gevrey Chambertin Au Velle by Denis Mortet which is a producer who has never failed us. We saw a 2001 Lafite in the list for 50,000 Yen which we thought was underpriced for such a restaurant (clearly the Chinese have not found this place). 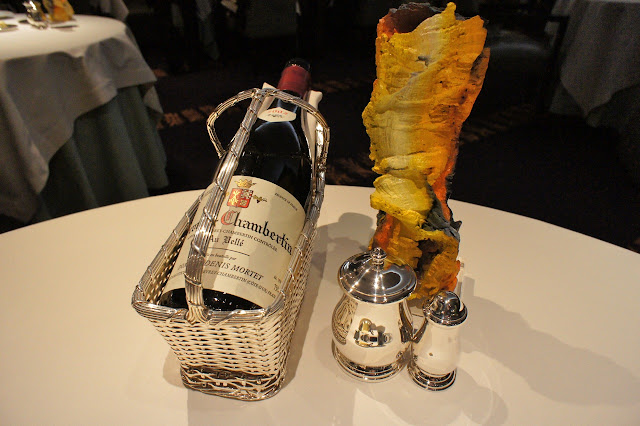 Our amuse bouche was a salmon cream with a crispy cracker of squid ink, topped with a quail's egg and caviar, which was quite exquisite. 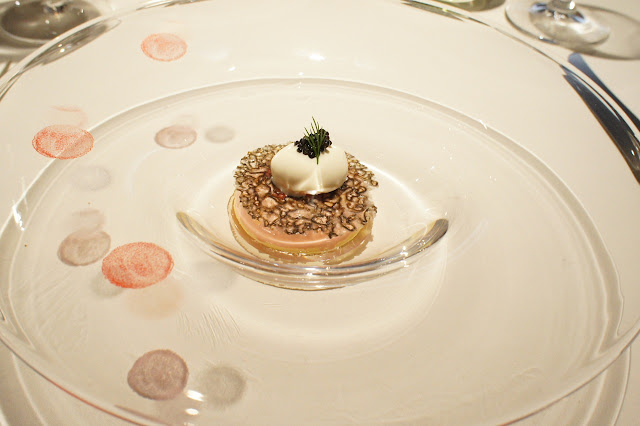 This was followed by the excellent crab meat and crab leg seasoned with sea urchin and Ossietra caviar. The crab meat was cupped by a wonton-like skin (like a siew mai), and this was topped with sea urchin and the caviar. The crab leg was covered by a very rich crab bisque cream (it was amazing how the chef created the orange cream with white stripes) with a bit of lemon brine sprinked on it. 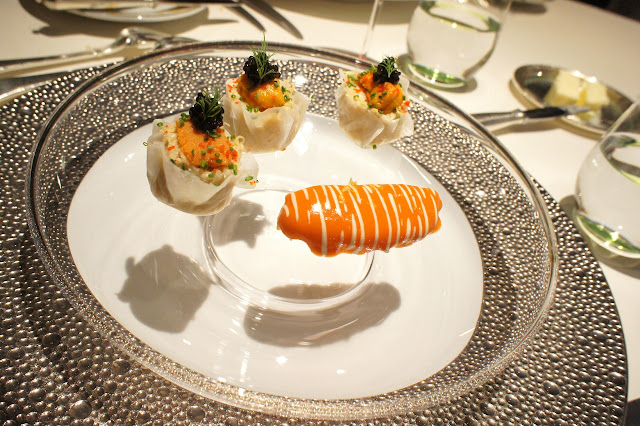 Next was the scallop fried in brown butter, fresh cocoa-flavoured pasta with black truffle strips and black truffle sauce, topped with beetroot foam. The Hokkaido scallop was very large and sweet, and the brown pasta, truffles and truffle sauce were very good complements to the shellfish. 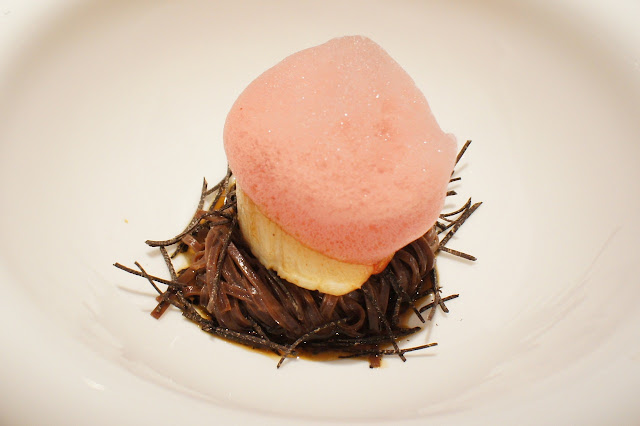 The main course was the roast Sendai wagyu beef filet with winter vegetables, garlic oil and mashed mushroom puree. The beef was fantastic as the filet cut wasn't very fatty yet was flavourful. We didn't really understand the mushroom puree, but this didn't detract from what was an excellent dish. 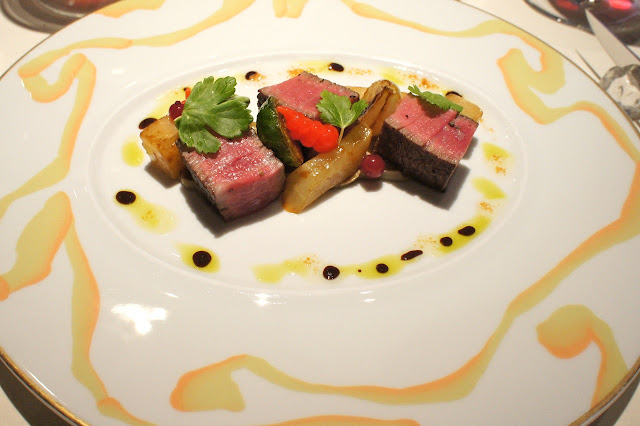 The cheese course in the menu was the warm brioche stuffed with mont d'or cheese and with a layer of italian ham, black truffles and salad. We felt that this was quite heavy especially coming after the red meat course, and it was the one course which did not impress us that much. 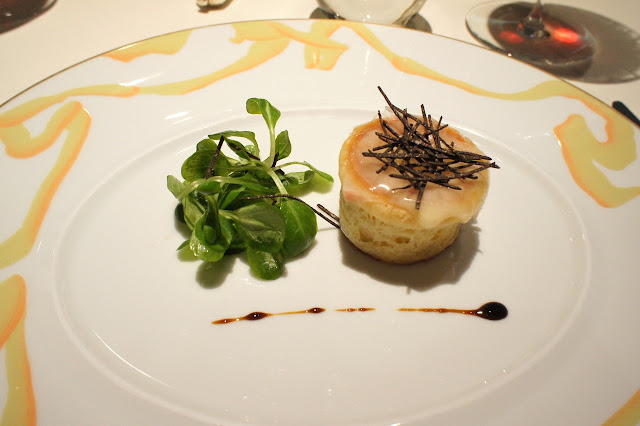 Nonetheless, we were in the mood for more cheese and asked if they could bring the cheese trolley over, which they duly obliged. We were very impressed with the cheeses here. We took some 2-year 8-month aged comte, mimolette, epoisses, roquefort, a goat's cheese and a cheese which the french restaurant manager recommended (his sister in France made it). The cheeses at L'Osier were of a very high quality, and the comte, mimolette and epoisses were particularly good. 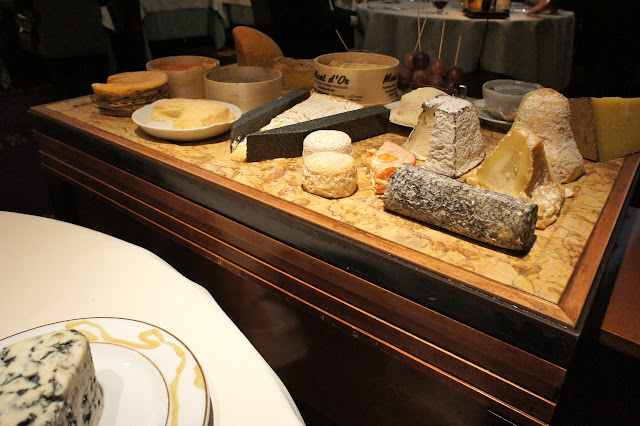 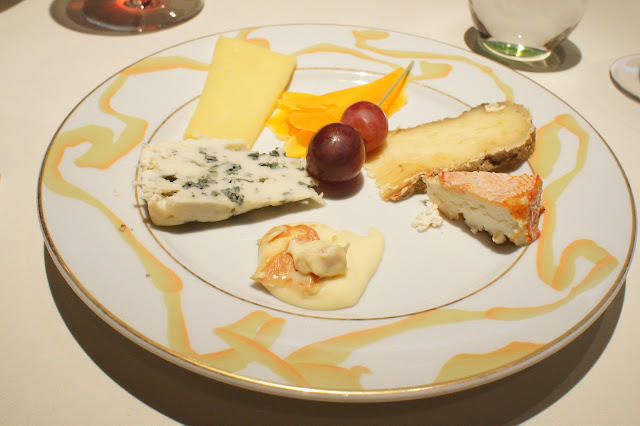 In typical french fashion, cheese is always only the midpoint of the meal and there is a flood of desserts such as to induce a food coma. First came trays of pre-dessert, comprising of sorbet, creme brulee, macarons and sweets, then the main desserts. My wife had the chocolate souffle while I went for the strawberry burger. Both were very good. 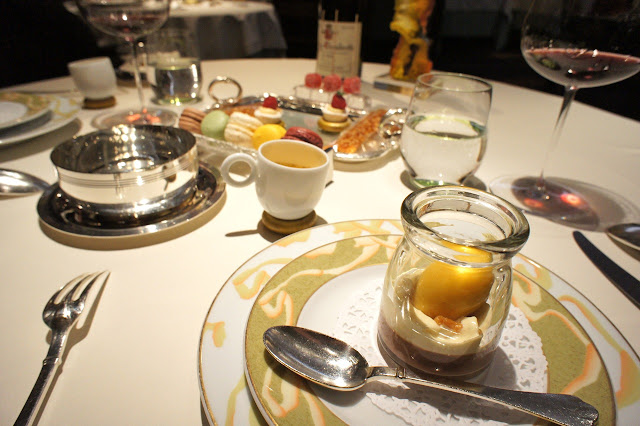 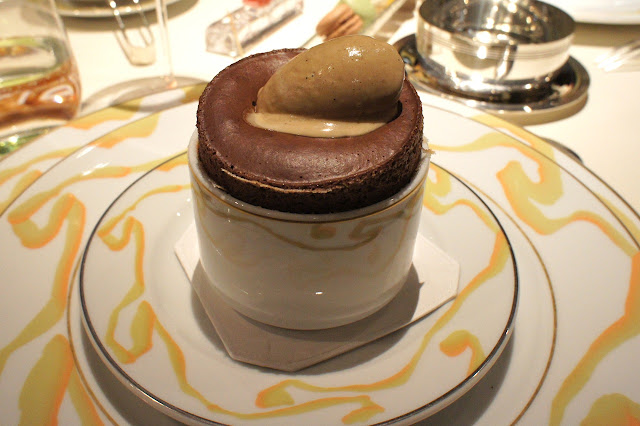 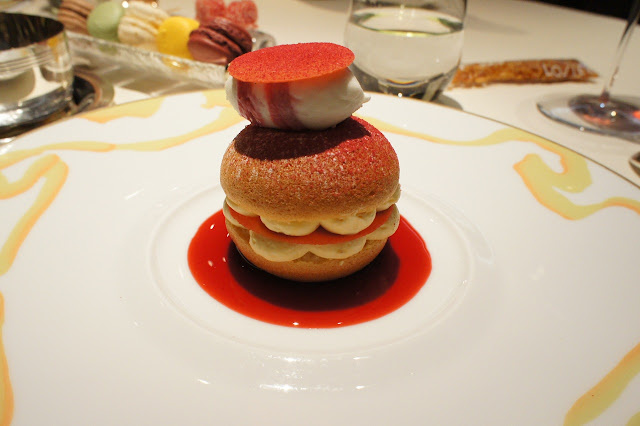 They then brought coffee (lots of it, when I was about to finish my first double espresso, they brought me another cup), and rolled the sweets and ice-cream trolley by, from which we picked out the fruit salad, cardamon sorbet and some marshmallows. 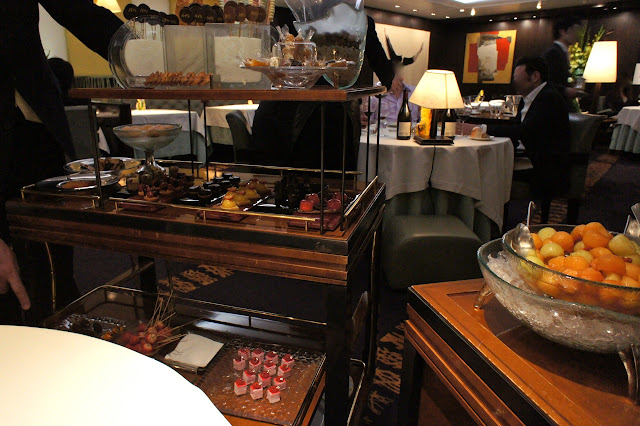 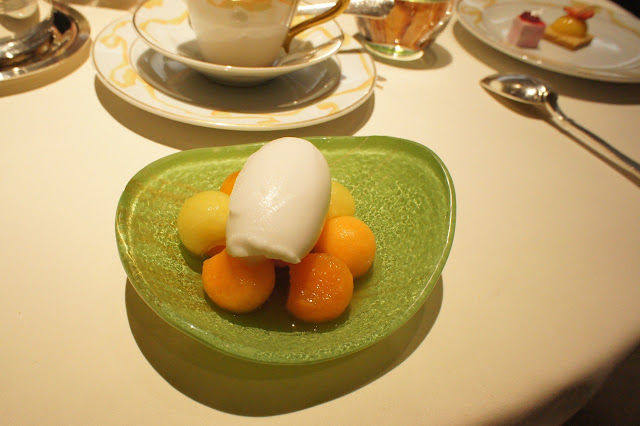 At the end of the meal, we were fully sated. The food was excellent and the service levels were very high; throughout the night, we were engaged by the french restaurant manager who was most helpful and friendly. This is a restaurant of the highest standard and they were intent on going out with a bang. It will be a great loss to the culinary scene of Tokyo and Asia as a whole when L'Osier closes in March.

Food: Top meal. This is for all intents and purposes a 3-Michelin star restaurant. Entrees, main course, cheeses and dessert were all excellent. Meal was expensive but this is Tokyo after all
Wines: Wine list was quite small for a former 3-star French restaurant, but we still managed to find a good wine at a reasonable price. We think they could be running down their wine stock given that they are going to close soon
Ambience: Quite formal with all male guests required to wear a jacket and tie. But dining room was well lit and tables were well-spaced
Service: Top class with clockwork precision. There is a distinct pride in each any every staff member working there