Harutaka is a 2-Michelin star Japanese sushi restaurant along the Ginza strip in Tokyo. It can be found on the third floor of a rather discreet-looking building in one of the side streets of Ginza, one floor above a 'club' where loud singing by drunken men could be heard from the lift lobby. We were seated at a counter (which could sit 9 to 10 persons) by the corner. There is a private room which looked like it could seat 6 persons. 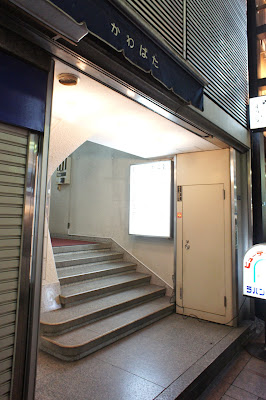 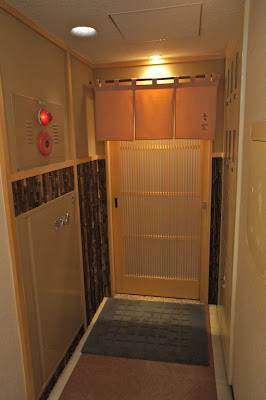 The chef could speak some English and after ascertaining that we could eat anything and would have both sashimi and sushi, he proceeded to serve up the dishes. We started with some excellent grilled octopus tentacles, steamed abalone, raw trout as well as some other lightly seared sashimi. 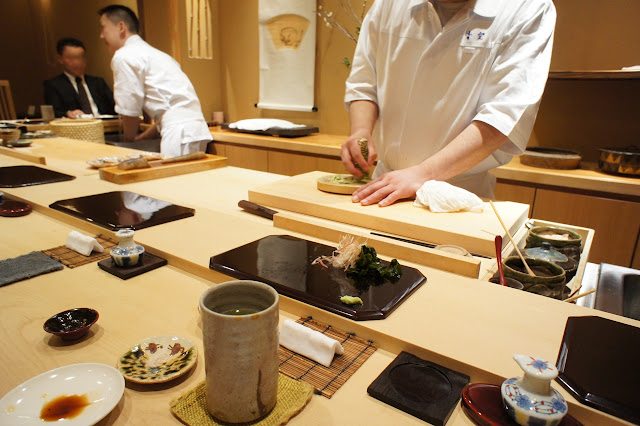 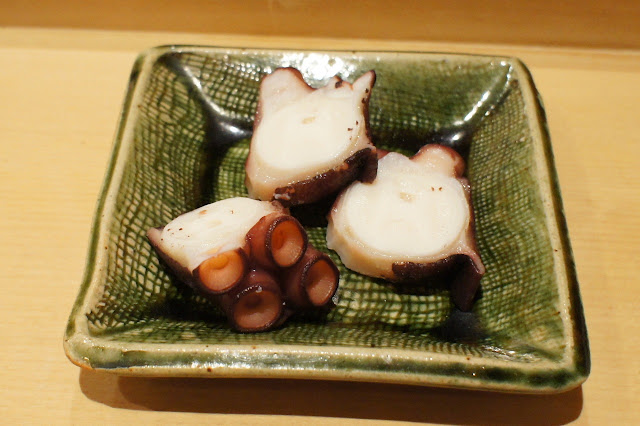 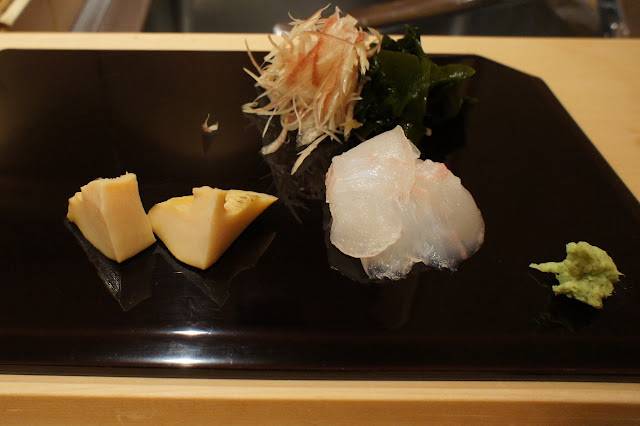 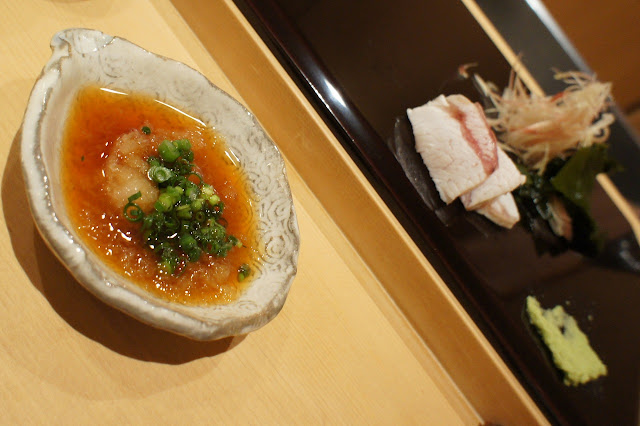 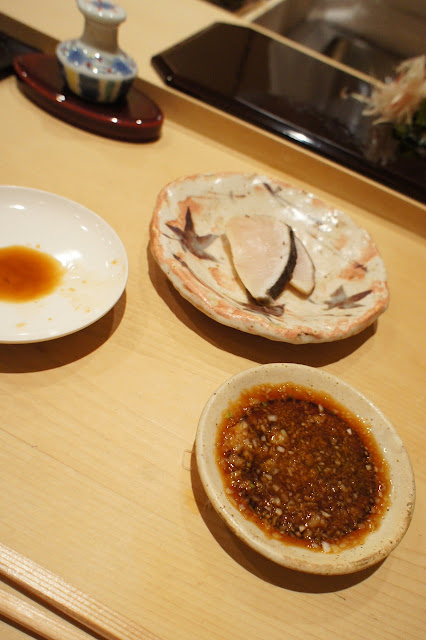 Then we were served a dubious looking dish of something which looked like intestines but tasted eggy (it was actually delicious). The chef watched us with a barely supressed smile while we ate it, and after badgering him to tell us what it was, he revealed that it was 'fish eggs' (though we though it was probably fish sperm sack or something else more funky). 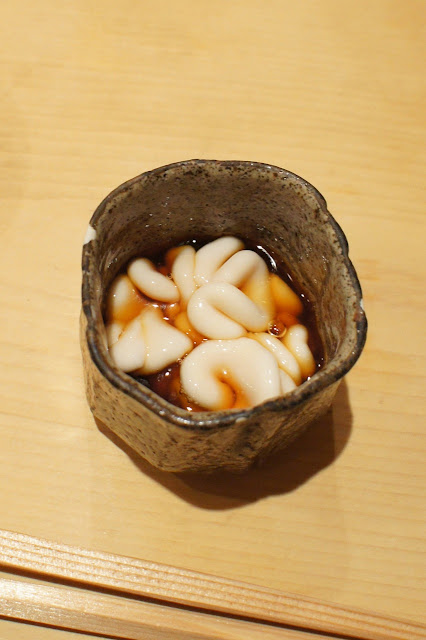 Next was fish liver which tasted like it was supposed to, then a dish of two types of uni (sea urchin) which were as fresh as you could imagine. 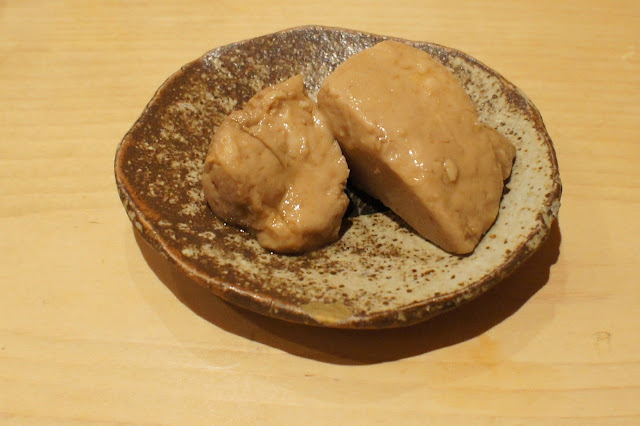 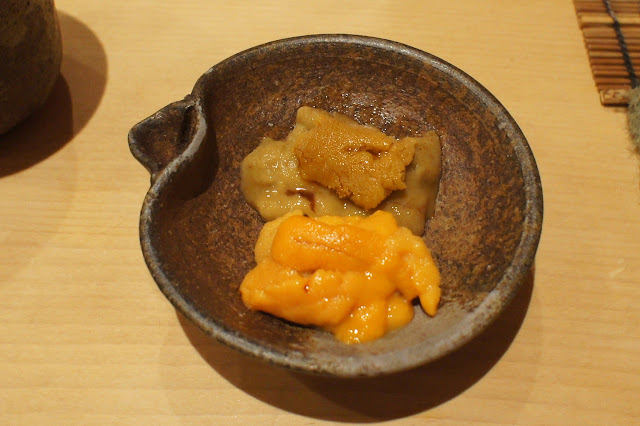 Finally, we each had a slice of grilled mackeral which was succulently prepared. 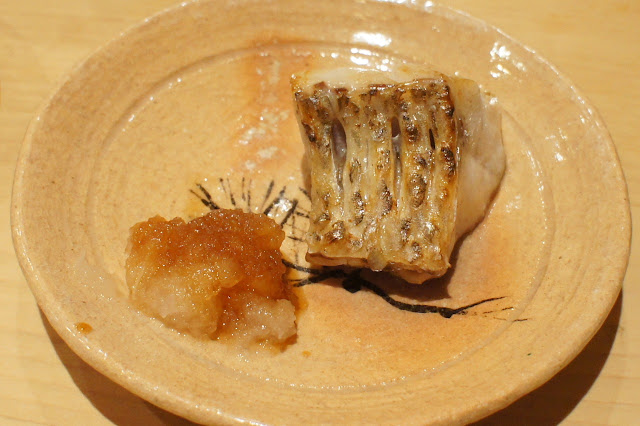 A change of tableware was then followed by the sushi. This restaurant is unique for it's style of the sushi rice: in this case it was quite dry and little vinegar is used. My wife prefers this to the other style where the rice tends to be more moist with vinegar (like at Sushi Harada and Sukiyabashi Jiro Roppongi). The sushi as you can imagine, was excellent. Each of us had a wet towel nicely folded just at the base of the sushi tray for us to clean our fingers after picking up the sushi with our hands (yes it is acceptable to use our fingers to pick up the sushi (not sashimi or anything else though) in case we weren't that proficient with the chopsticks). 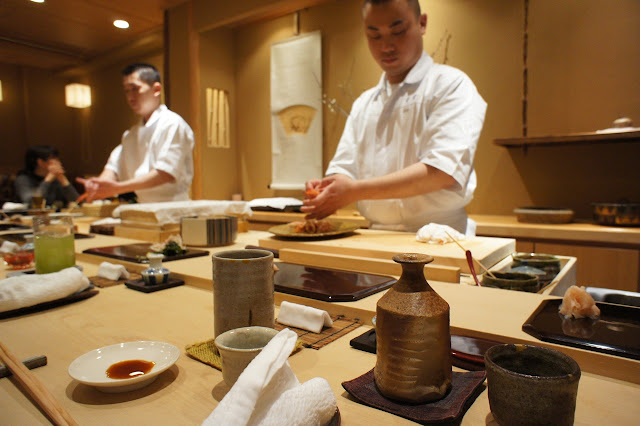 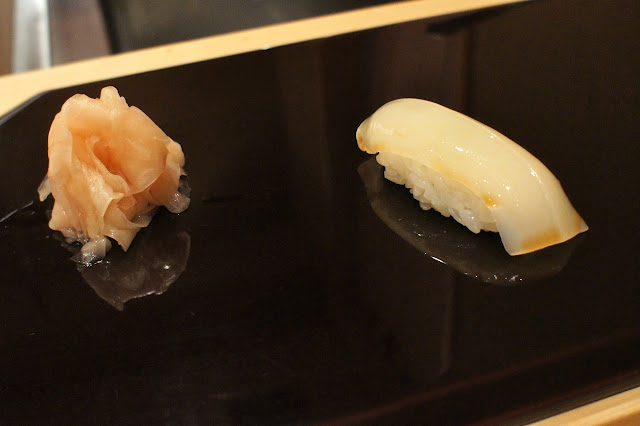 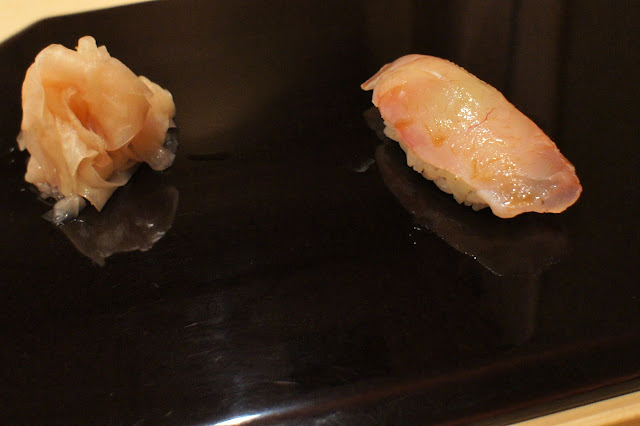 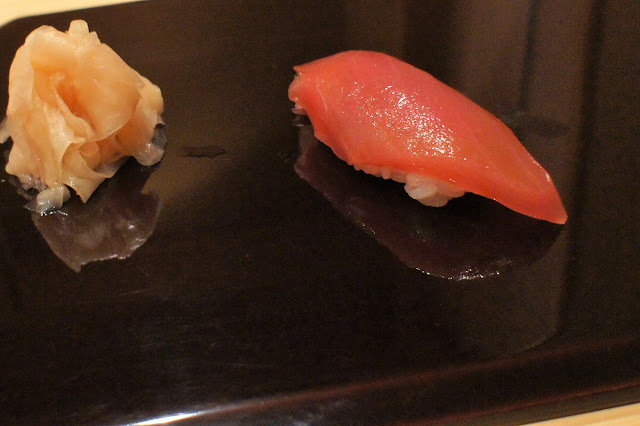 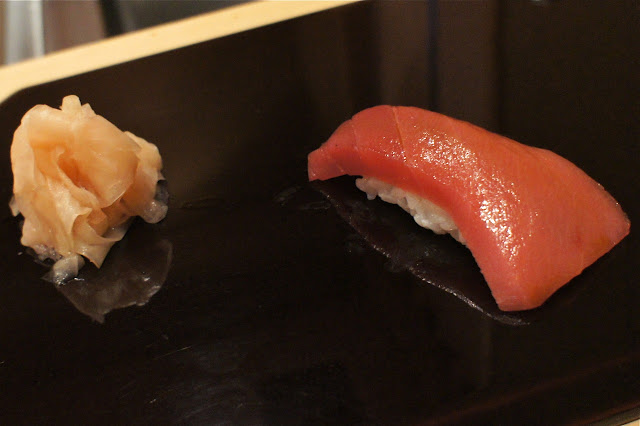 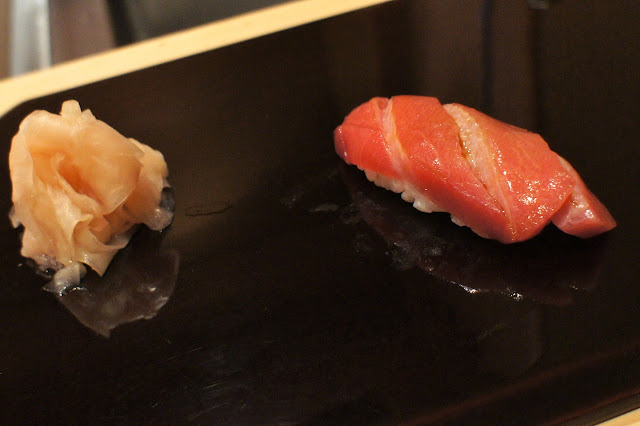 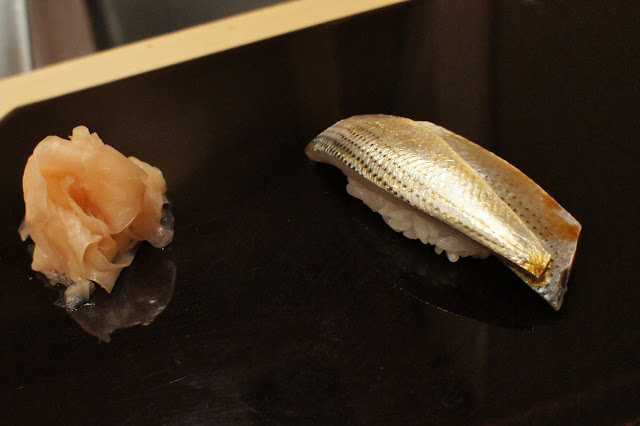 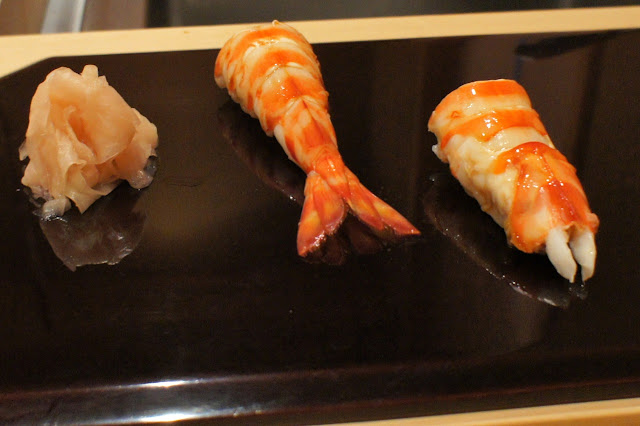 Meals at sushi restaurants can sometimes end abruptly, and you'll realise that the meal is over when the chef stops serving any more food after a few minutes; there is no dessert or the like to end the meal. The more polite chefs (like the one here) would ask if we were full (as a hint to us that dinner was over). Once, we dined at a similarly high-end sushi restaurant in Ginza in 2009, and we sat there stupidly for more than 30 minutes waiting for dessert or some other food, before finally realising that our meal was over and that we should ask for the bill.

It was an excellent meal, distinct from Sushi Harada in that the meal here was more structured and felt more high end (the chef at Sushi Harada was more instinctive and would alternate between sashimi, sushi and cooked food whenever he thinks of something good for us to eat). Sushi dining at its finest.