Trattoria Meloncello is a small traditional Italian restaurant at the edge of the Bologna old town. It is a very long walk down a long street leading from near the centre of town (Piazza Maggiore), so we took a cab instead (it was also drizzling that night). The restaurant doesn't see many foreign guests, which explains the rather quizzical looks we got from the restaurant staff and other local guests. It seemed very popular with the locals, as the hotel concierge and taxi driver instantly knew it and where it was, hence reservations are probably necessary to get a table there. We read about this place from blogs on the internet written by people who have eaten here and raved about it. 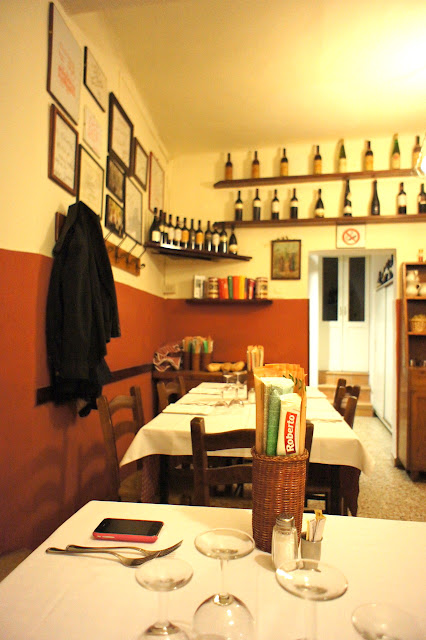 The restaurant doesn't have a menu, instead, the waiter comes and asks you to choose from a selection of daily specials. Luckily we had a waiter who spoke very good English, and he was also very friendly and helpful. I ordered the daily pasta special, which was the wriggly pasta with bolognese sauce. This was very nice, but it was a very large portion and the pasta seemed to expand in my stomach (I couldn't sleep that night as I was feeling as if my stomach was going to explore - the heavy lunch at Diana that day could have also contributed to that). 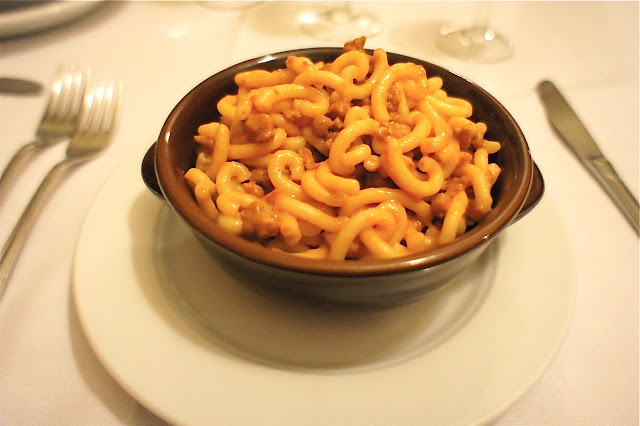 My wife opted for the perennial local favourite, the tortellini con brodo, which was also what everyone else was having. She felt that this was better than the one at Diana as the broth was tastier and the meat stuffing was sweeter. 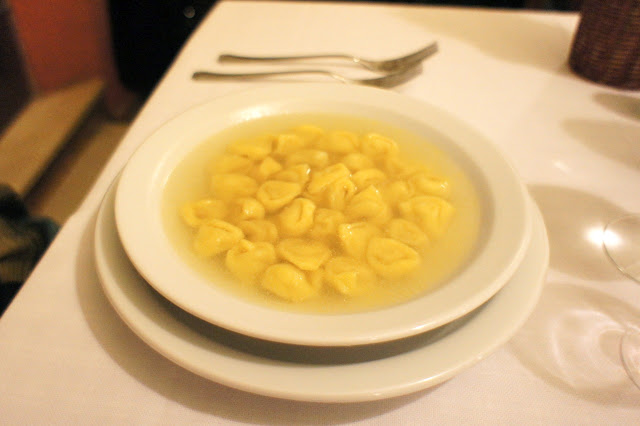 For mains, I had the osso bucco, which was surprisingly light and very delicious. It was made with a tomato-based sauce and not as savoury as those I am used to eating back home. 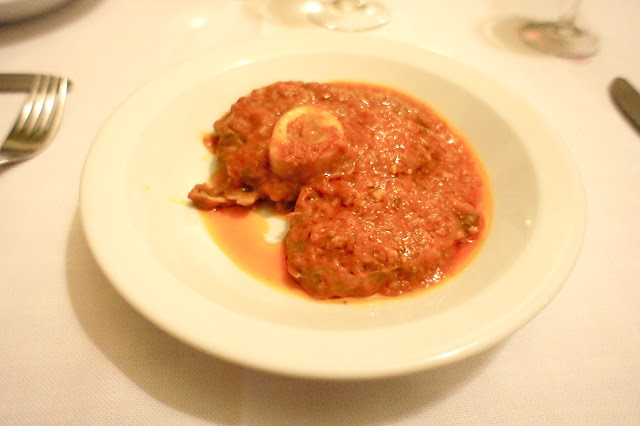 My wife asked for the meatballs, which caught the waiter by surprise as he did not name it in the specials and it was a dish for the 'regulars' (she had read about it on a blog). It was a trio of large meatballs served with potato wedges and peas, and was comfort food on a cold rainy night. 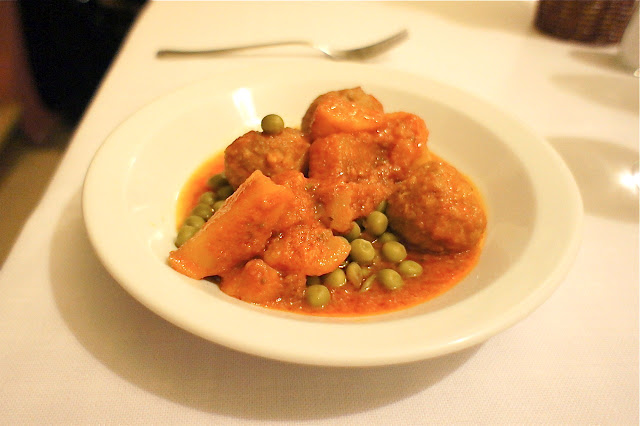 Dessert was excellent. We had the amaretto panna cotta and creme caramel which were sublime. This was a very enjoyable meal in a crowded and noisy local dining joint.

At the end of the meal, the waiter told us that a Singaporean couple had also dined there a few days ago and asked if it was us (it wasn't). It was unusual enough for them to have foreigners eat there, much less 2 different pairs of Singaporeans in a space of a week. Tis' the power of the internet (and the Singaporeans' love of travelling around the world in search of food). 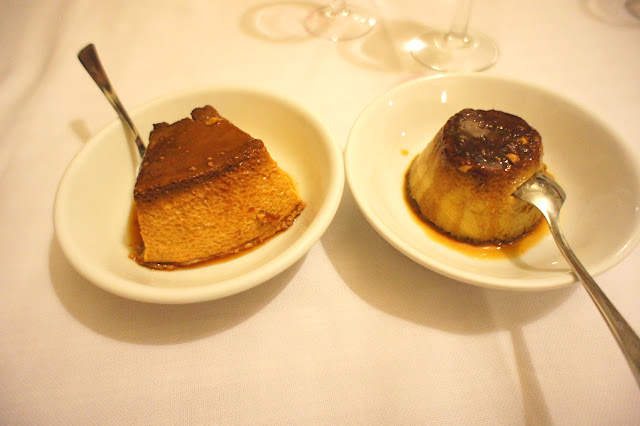 Food: Excellent local food, simple but warms the heart (and the bodies on a cold night)
Wines: Cheap and good local wines
Ambience: Small and cozy, a bit of a squeeze but gets noisy and boisterous as the night goes on
Service: Very friendly waiter who took an interest in us and was very attentive.