Al Vecchio Tre Stelle is a traditional Italian restaurant located along a one-street town called Tre Stelle in Piedmont (at the outskirts of Barbaresco). It recently lost its only Michelin star but we stumbled upon it as the other restaurants we wanted to visit were all closed. It's quite easy to miss this restaurant as it's located along the road in a row of shophouses, though the row of car parking spaces just across the road is a bit of a giveaway that there's something going on there. The parking spaces overlook a gorgeous valley of Barbaresco vineyards. 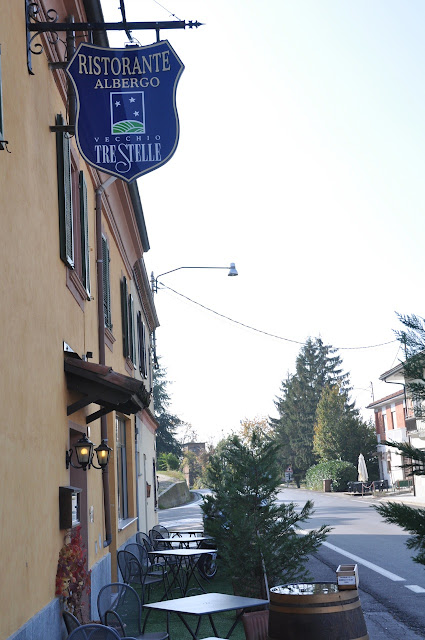 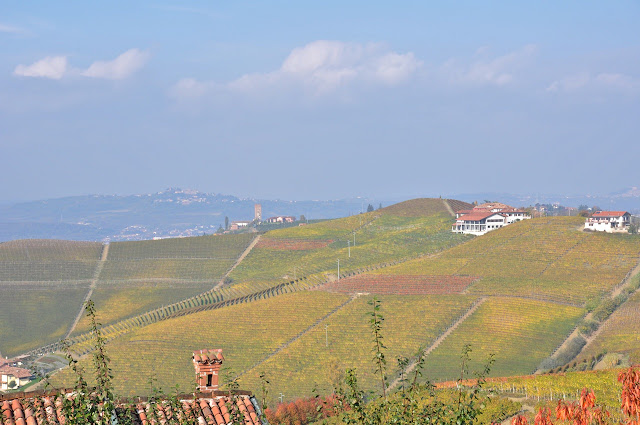 We were there for lunch (without a reservation) and the restaurant looked quite deserted (we looked through the window but did not see a single restaurant guest), but after waiting a few minutes after ringing the doorbell, a rather formally dressed maitre d' opened the door and warmly welcomed us in. We were ushered through a musty-looking sitting room into a formally-adorned dining room and given a window seat (the curtains were drawn though). 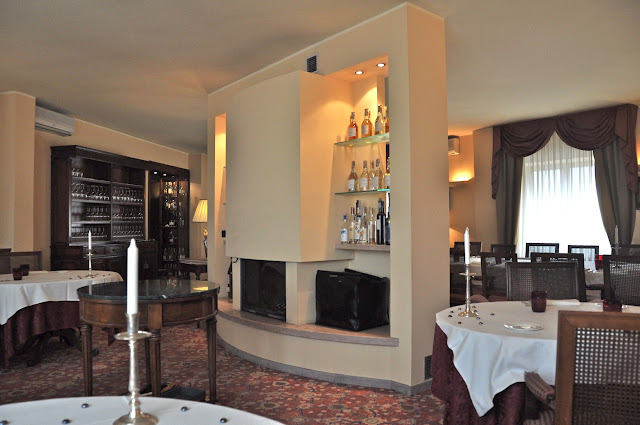 Just at this time, the restaurant received it's second group of guests (a European couple), so we didn't feel that lonely after all. We picked out a bottle of 2004 Prunotto Barbaresco "Bric Turot" from a disappointingly limited wine list, but nonetheless it was a nice wine. 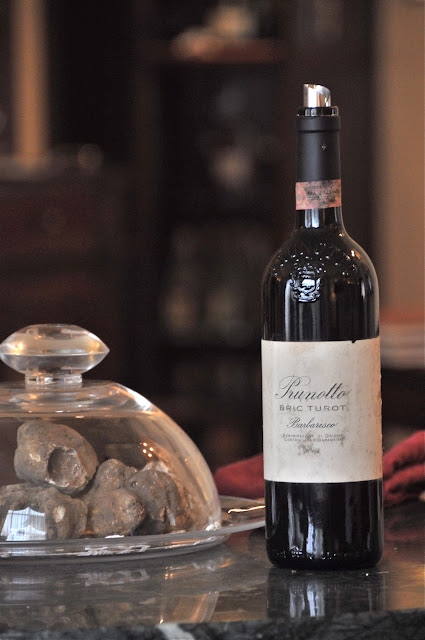 We decided to pick a few dishes from the ala carte menu as we did not intend to have a heavy lunch, and so we opted for a pasta dish each and the main course being the egg with white truffles. We were started off with an amuse bouche of eggplant and tomato tartare, which was an interesting concoction and tasted well balanced. For the pastas, I had the prawn tortellini with prawn bisque and squid ink sauce, and my wife chose the tajarin with funghi. The tortellini was excellent, as it was light yet tasty and having prawns was a bit of treat after several meals of veal and other red meats in Piedmont. It was also very nicely presented on a black painted plate which matched the squid ink sauce. The tajarin was also excellent, as it was cooked in olive oil aglio olio style (which was a nice change from the usual tajarin cooked in butter). 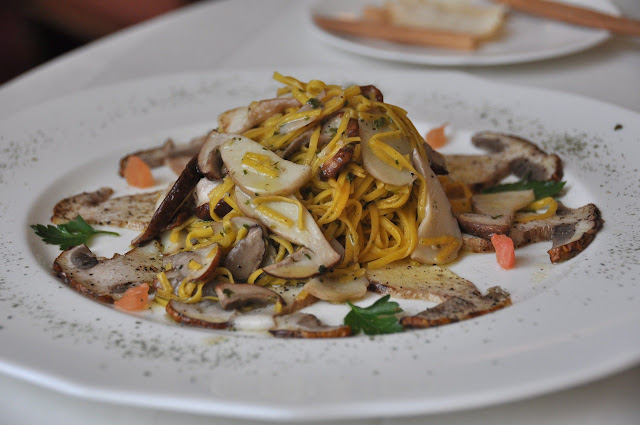 For the main course, we both had the very simple poached egg with white truffle shavings (they were quite calculating of how much truffle they gave us, which was quite different from the more generous shavings at other restaurants in Piedmont). This is the best way to enjoy white truffles, and suffice to say, it was a great dish. 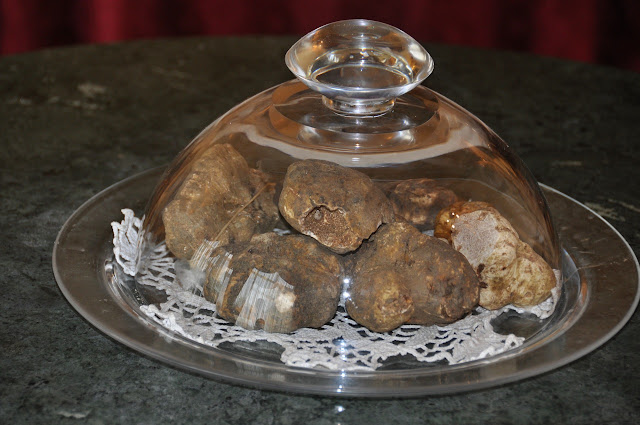 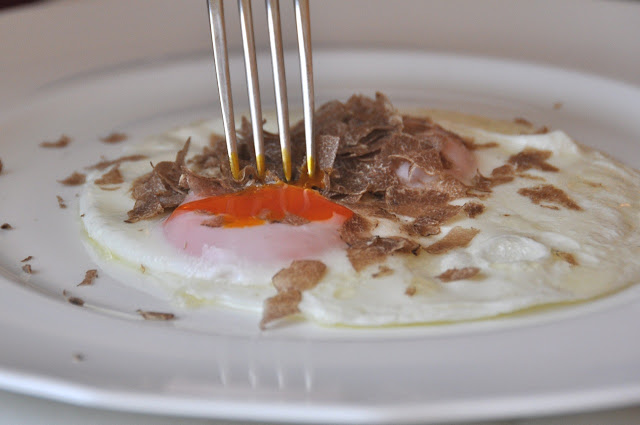 For desserts, we ordered a panna cotta and a nougat tart. The panna cotta was average but the tart was outstanding. Though the tart looked quite ordinary and sat in a strange orange/brown sauce, it tasted very good. The tart was drowning in very delicious hazelnut and caramel cream which was superb. We ended the surprisingly good lunch with petit four and some espresso. 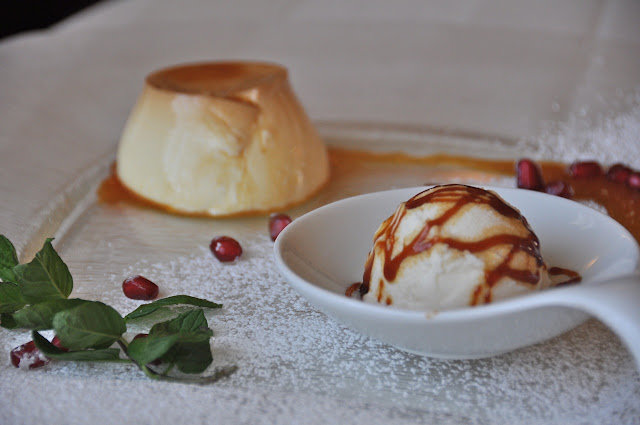 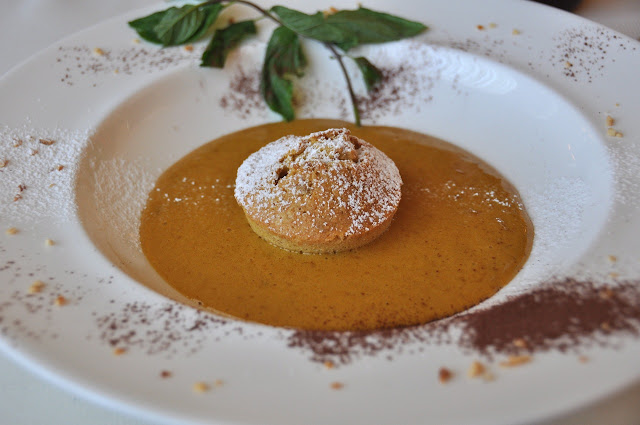 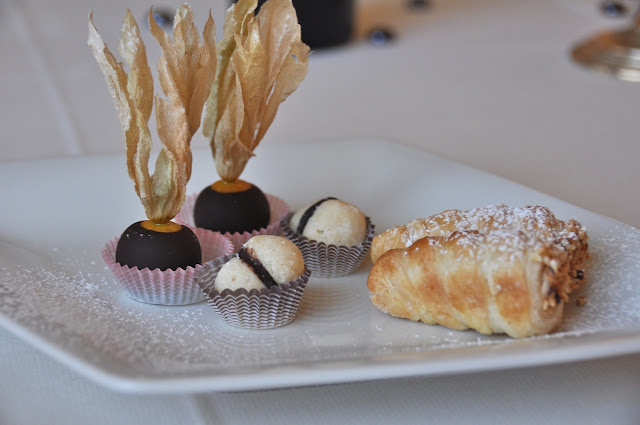 Food: Food was good, the pasta dishes were very inventive and the nougat tart especially good. However, they were a bit stingy with the truffles
Wines: This restaurant was let down by its rather poor wine list. The selection was limited and prices were a bit higher than other restaurants in the area
Ambience: The dining room was spacious but the decor was traditional and formal in a stuffy kind of way
Service: The sole waiter was also the sommelier and maitre d' (it was just him), and he was very friendly and attentive