La Fontanina is a 1-Michelin star Italian restaurant in the historic city of Verona in Italy. Locating it can be quite difficult as there are conflicting sources for its location. We had followed Google Maps and Blackberry Maps but could not find it, instead, the correct location is pinpointed on the restaurant's own website: It is near the Ponte Pietra bridge across the river from the old town. After walking around for quite a while, we finally managed to find it, in a quiet uphill small street off the main road. The exterior of the restaurant looks like a traditional inn, and was not what we expected of a fine-dining restaurant. 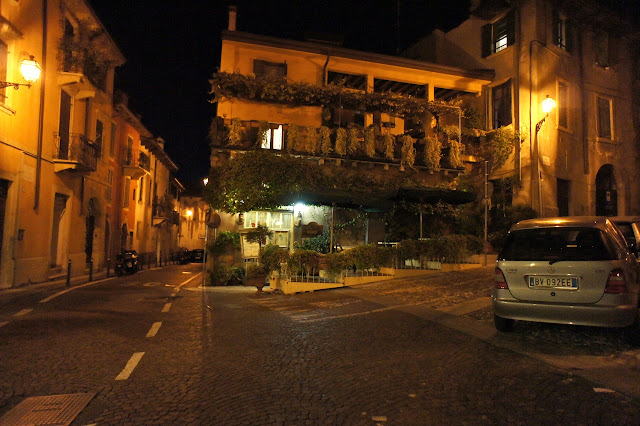 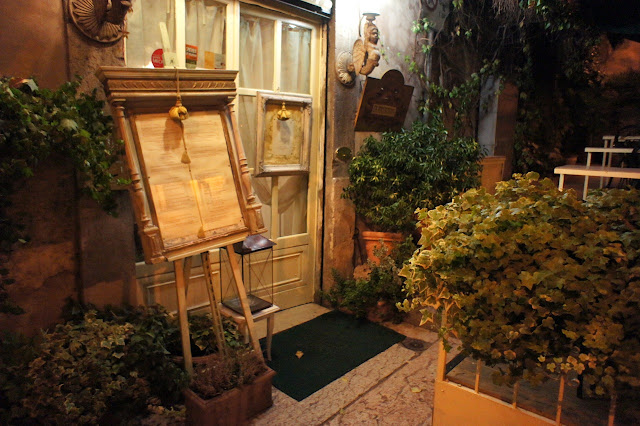 Stepping inside the restaurant, it was as if we were transported into another world. It was like a cross between someone's old musty wine cellar and the set of Carnivale (I was half expecting to be greeted by the bearded lady or an old elf). There wasn't a proper dining room, rather, it was a collection of nooks and crannies where diners were put, surrounded by crates, boxes, old candlesticks, copper buckets, decanters of all shapes and sizes and bottles of wines. I read a review earlier by someone who commented that La Fontanina was a 'temple for wines' and at that moment I understood the literal meaning of that. We were given a cozy corner table which was quite rickety (not what you'd expect at a Michelin star restaurant). Yet for all its idiosyncrasies, it was truly a very interesting restaurant with an eclectic deco; we had never dined at a restaurant like this and we were very entertained by it. 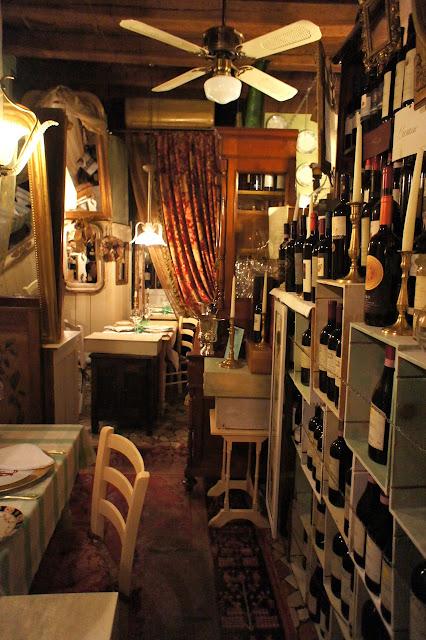 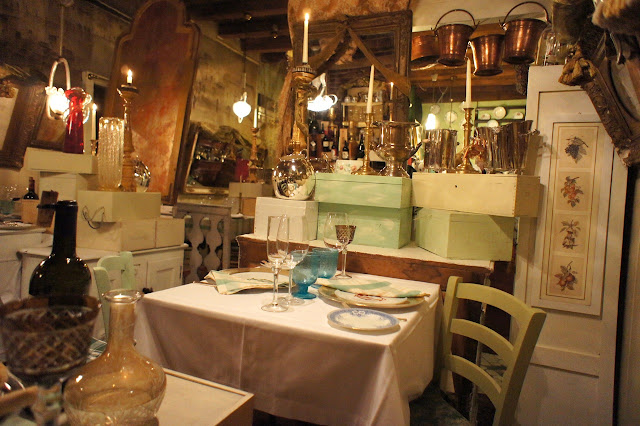 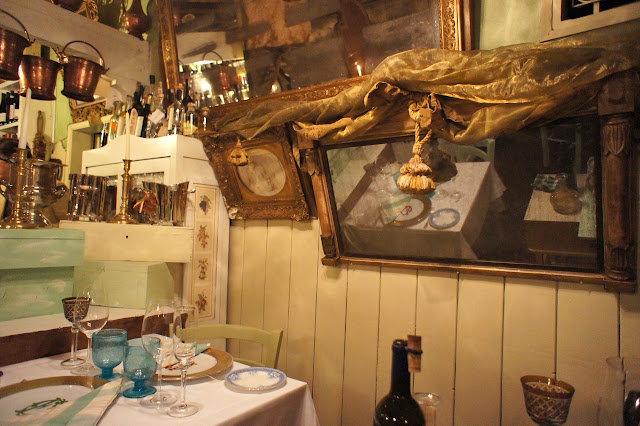 The service here was also very homely and warm. Throughout the night we were served by a very nice lady (who we presumed was one of the owners). One of the astounding things about this restaurant was the quality of its wine list. It had a wide selection of Italian wines, especially the older vintages, and all at very good prices. In the end, after mulling over a few different supertuscans, we narrowed it down to the 1996 or 1997 Sassicaia (both of which vintages we had always wanted to try). The 1997 was supposedly the better vintage overall, but the lady owner strongly recommended the 1996 which was also a very good year but was 3/4 the price of the 1997. These 2 vintages of this wine are hard enough to find in any restaurant, let alone at the price we were paying. It was a decision we would not regret, and it turned out to be one of the best wines we'd had this year. 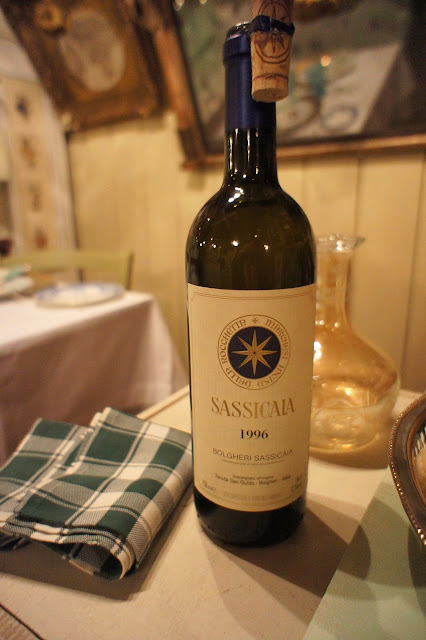 Having been absolutely stuffed the night before at Da Vittorio, we decided that we wanted a lighter dinner this time, and hence ordered the seafood menu. Amuse bouche was served first, and it was a selection of bites which included sea bass tartar, raw shrimp from sicily and raw salmon with potato; so far so good, in particular the shrimp and the sea bass. 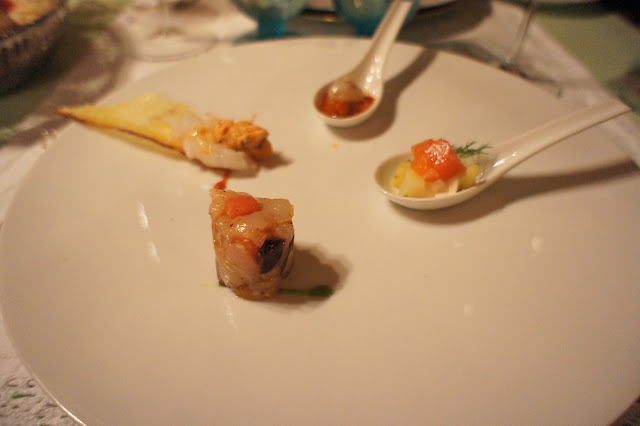 First course was the cappuccino of pea veloute, squid ink with squid, potato foam and potenta crisp. This was quite amazing. The potato foam tasted as light as whipped cream, and the cold pea veloute was a natural base for the warm and savoury squid ink in between. And all this was served on some really intricate tableware. Next was the seared scallops with nicoise salad with strawberries, pomegranate, ginger and peach. It was a perfect balance of the ingredients of varying flavours; an excellent dish.

This was followed by an interesting seared tuna with capers and olives, a tuna sandwich with tomato bread and burrata cheese and a spritzer alcohol foam to be drunk with a straw. I was not a big fan of the seared tuna (it's very hard to get tuna right by doing it this way) but the sandwich was very good, as the burrata cheese (being very light and refreshing in taste) gave it some sophistication. 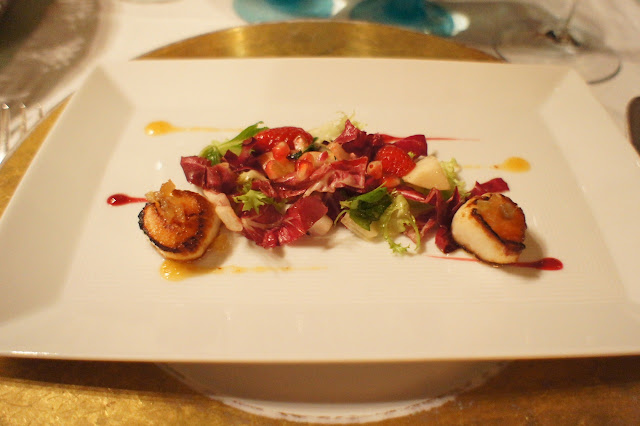 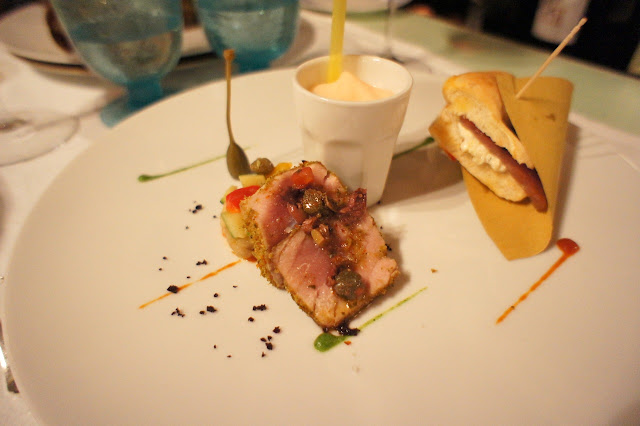 Pasta was the black ink tagliolini with zucchini, calamari and red pepper. I quite liked this dish, though my wife did not quite take to the tangy flavour and did not manage to finish it. The main course was finished with the angler fish in bouillabaisse sauce with squid, prawns and mussels. This was very good, and tasted like a thick piece of lobster in a lobster bisque soup (but much richer in taste). 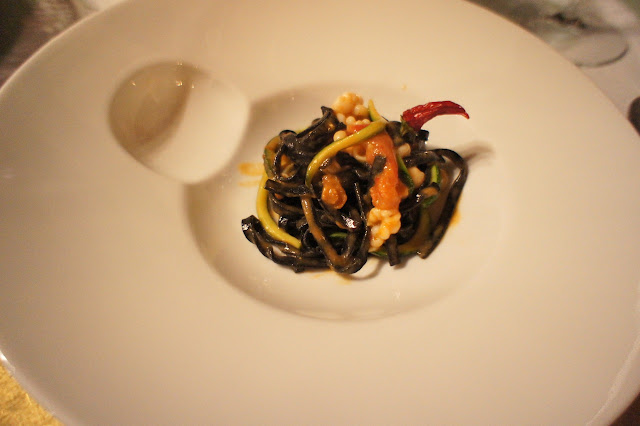 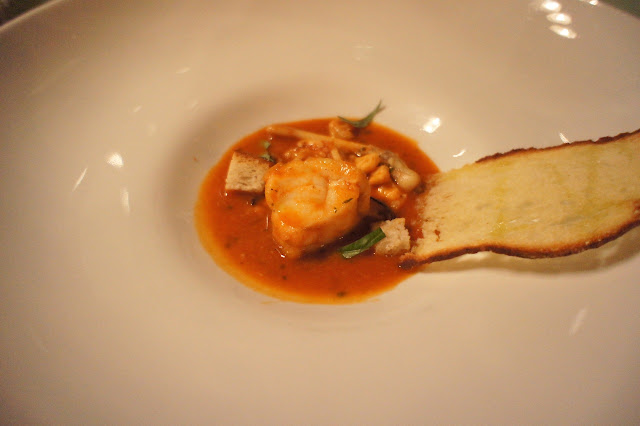 Petit four was a tray of panna cotta, chocolate mousse and some cookies, which were good, but the meal really ended well with the dessert of mango with papaya soup and pineapple sorbet which was a very refreshing and well put together. 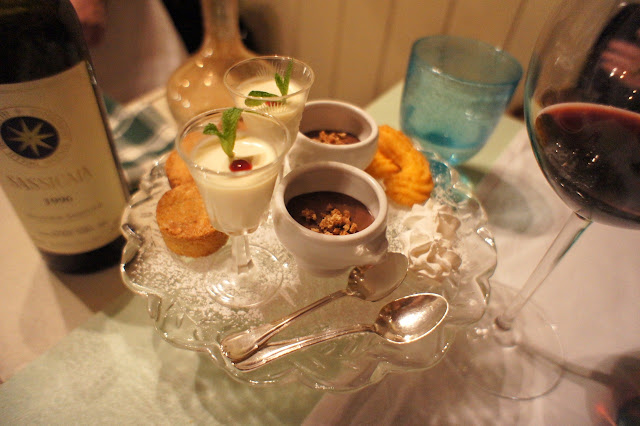 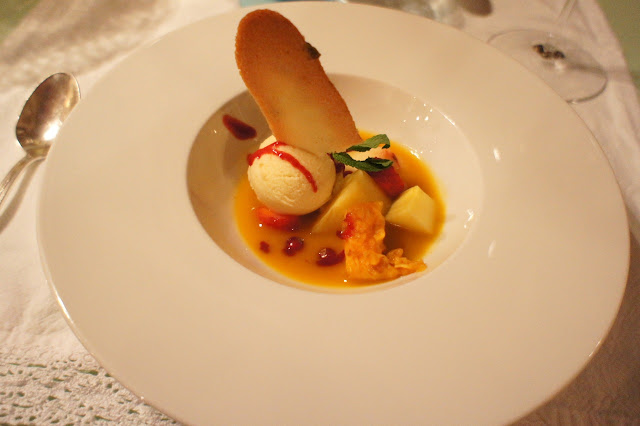 A word on the city of Verona: this is an ancient city, with stone and brick buildings dating back several eras and cobblestone roads and pavements. Walking in this city at night, even as early as 8pm but especially after midnight (when we were walking back to the hotel from dinner), many of the streets were dimly-lit, deathly quiet and deserted, and all the windows are closed or boarded up, giving us the feeling like we were the only people out there in the town. It was eerie, but at no time did we feel unsafe, as there didn't seem to be anyone around for us to feel unsafe about.

There was relatively more activity along the main squares or at the 'High Street', where the cobblestone road is replaced with a marble slab pavement, and the street is brightly lit and surrounded by modern stores; walking down this street late at night is an unreal experience; it feels like you are in a movie set with all that artificial lighting. This is a picturesque city, especially at night, although it is very small and one could probably see all of it within a day. 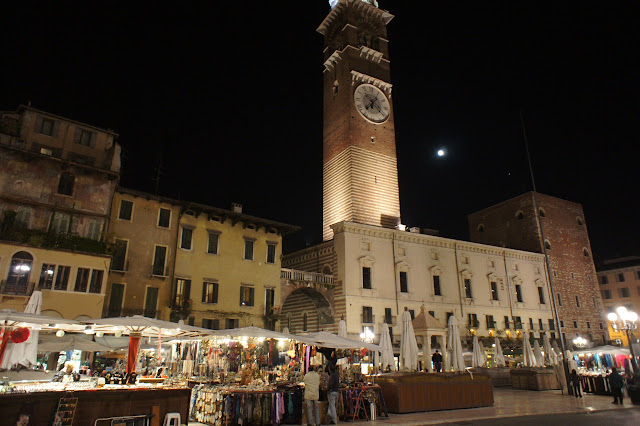 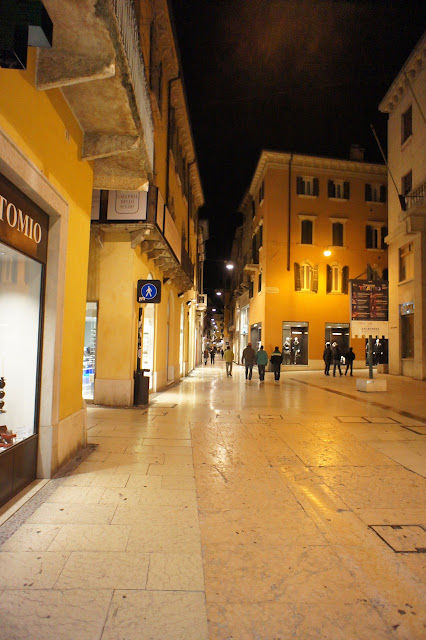 Food: Very innovative seafood menu, my wife felt that the food was too rich though, especially with the heavy use of olives.
Wines: Superlative wine list, many gems can be found here at excellent prices
Ambience: Interesting dining room with many things to see (antique mirrors, lamps, books, bottles of wines, etc), can be quite distracting. We found it very entertaining to dine here
Service: We were served by who we thought were the owners of the restaurant, they were most friendly and service was very good