Update: The Golden Leaf lost its one Michelin star in 2012

The Golden Leaf is a 1-Michelin star Cantonese restaurant at the lower level of the Conrad Hotel in Hong Kong. We went there for lunch, at the peak of lunch hour amidst the business types having their high-powered client lunches. Despite our first impression when we walked in that this restaurant looked pretty much like all the other Cantonese restaurants in Hong Kong (of which there are numerous), on closer inspection, we could detect the restaurant's subtle efforts in the interior decor and fine tableware, and the service levels were also (at least on the day we were there) higher than what we had come to expect in a Chinese restaurant in general.

We meant to have a light lunch and ordered some dim sum. We started with beancurd skin dumplings with crab meat and barbeque pork buns with preserved vegetables. The pork buns were very good, and the preserved vegetables gave a slightly different twist to a very common dim sum. The beancurd skin dumplings were also delicious; it had a good texture and was nice and crunchy. This was followed by panfried turnip cake with scallops and pork floss. The turnip cake was ok but the pork floss in this case did not make the expected impact. Instead, the strong-tasting chinese sausage in the turnip cake overpowered the taste of the pork floss. 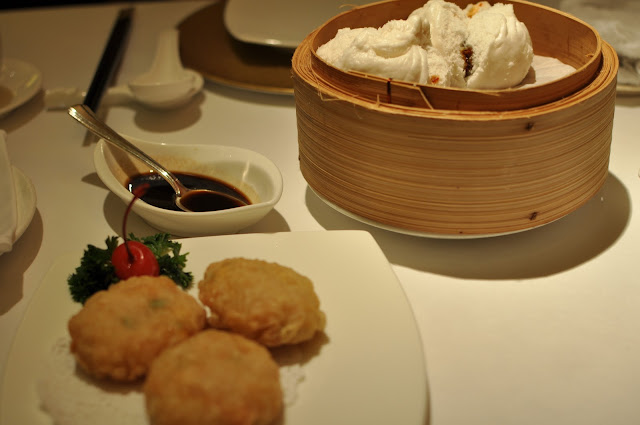 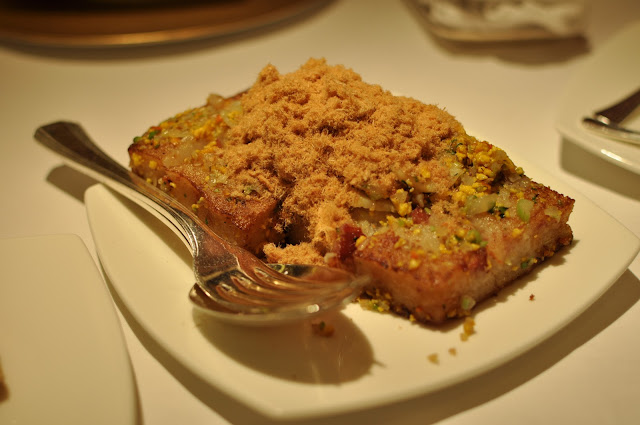 The egg white with crab meat and sea urchin was excellent though. It was a complementary mix of ingredients which could otherwise go very wrong (you can't put uni with everything and expect it to work). The crab meat came in generous pieces of crab claw and the chef did not go easy on the uni either, and both were brought together in the medium of egg white and truffle oil. However, at the risk of being unnecessarily critical (we really liked this dish though), I did feel that the egg white was a tad bit overcooked; it would have been nicer if it was slightly runny. 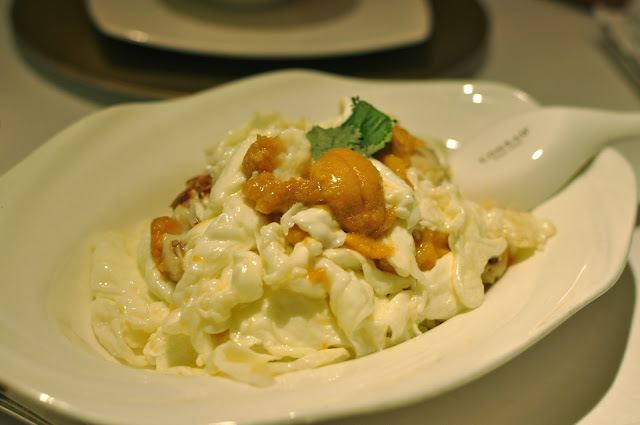 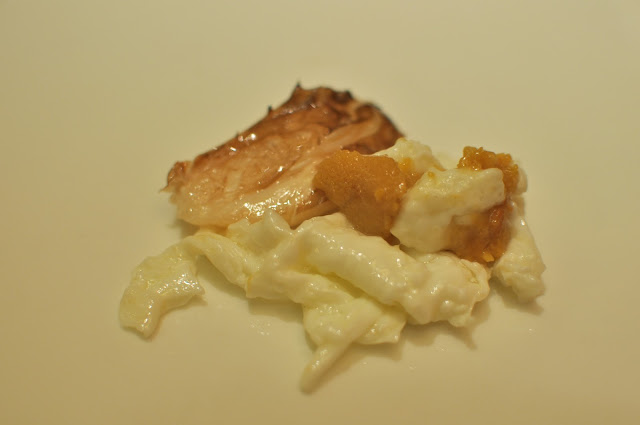 Dessert here was also quite innovative. We went for the doubleboiled sweet potato soup with lily buds and the deep fried turtle jelly (gui lin gao) with crispy skin and chinese herbs. The sweet potato soup was  clear and refreshing, yet managing to retain much flavour. The turtle jelly was an interesting take on a traditional dessert. Typically the jelly (which is very bitter-tasting) is eaten by pouring honey over it (hence creating a bitter-sweet dessert), however in this case, the chef caramelised the sugar around the jelly, giving it a hard and crispy exterior. It was a very good effort and we enjoyed it, although it was quite a large portion and the novelty went away just after halfway through eating it. 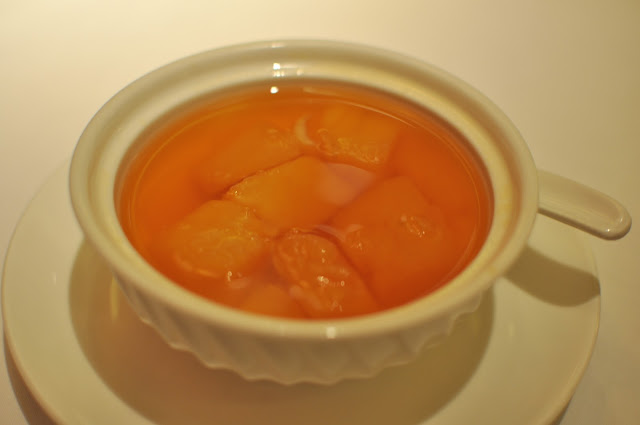 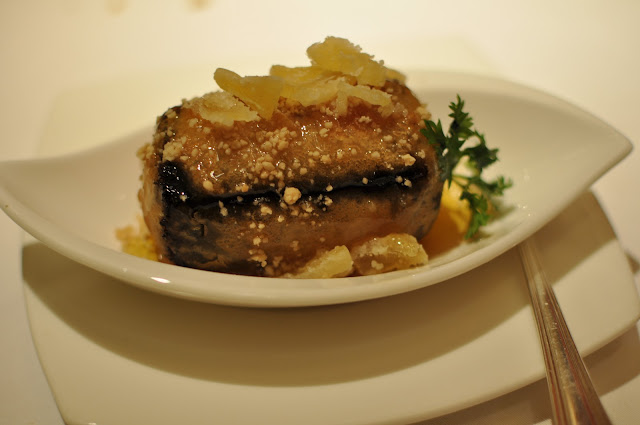 In all, we had a very good lunch at this restaurant. The menu tried to differentiate this restaurant from your run-of-the-mill Cantonese restaurants by adding a unique twist to the traditional dim sum you typically get in Hong Kong. We also liked the fact that they didn't forget to come up with interesting desserts as well. That said, we didn't have a full meal here and will have to come back again for dinner to see if our initial positive impressions of this restaurant can be substantiated.

Food: Cantonese dim sum with a twist (but without trying to be too clever). The food was very good.
Wines: N/A
Ambience: Felt like a high-end Cantonese restaurant with well-adorned lighting fixtures and tableware
Service: Friendly, attentive and unrushed, didn't feel hassled like I sometimes do in Chinese restaurants
Posted by Smiling Lion