Barolo is a very non-descript town located in the Piedmont area of Italy which is probably more of a hamlet given its size. However, at the foot of the hill on which the town sits, is a large carpark where tour buses park while tourists roam. This hints at the fact that there is something special about this town which draws such visitors. For wine lovers, Barolo is the wine growing region of one of the most-loved wines in Italy. 'Wine of kings, king of wines" is a commonly used adage for Barolo wines. 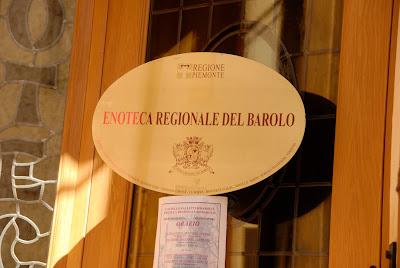 Personally, Barolos are our favourite wines and being here in Barolo itself was of great excitement for us. After having wandered around the small town, we stumbled upon a converted church/monastary building which was occupied by the "Enoteca Regionale del Barolo". We thought we had died and gone to heaven. For just Eur 15 each, we were each given a wine glass, a pencil and a small booklet which listed the 150 different labels of 2005 Barolo they invited us to try. We gather that this is probably a Barolo town municipal merchant's fair of sorts (though they are open throughout the year) for the Barolo wine makers to showcase their 2005 vintages. Most producers were represented but for a few high profile absentees (no Gaja, Scarvino, La Spinetta to name but a few), but nonetheless there are many recognisable ones too (Altare Elio, Sandrone, Aldo Conterno, Pio Cesare, etc.).

There were several tourists who insisted on trying all 150 bottles (and getting drunk very quickly by the 10th), but we stuck to what we knew, spent most of our time with the Sandrone (which finished very quickly) and the Aldo Conterno as well as tried a few lesser known Barolos on the recommendation of other like-minded wine-lovers there.

Barbaresco has a similar set-up, but the selection is not as wide. 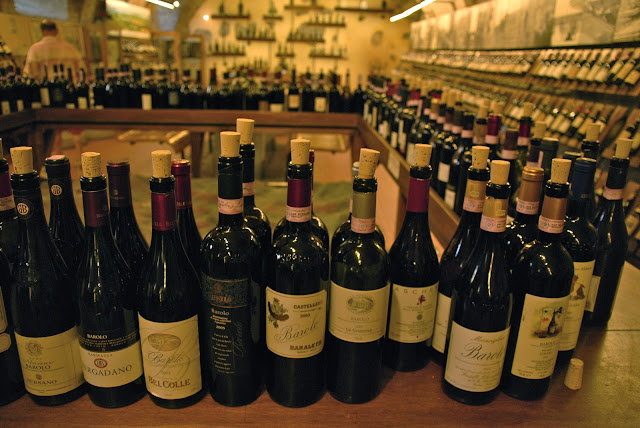 As we found out, the food at Barolo is pretty darn good too. There must be a half dozen or so small trattorias in Barolo (including a one Michelin star restaurant, Antico Borgo, which we could not find). We randomly picked one which was just next to the carpark, being fatally attracted to the words "Tajarin con Tartufo Nero" (i.e. egg pasta with black truffles) on the chalkboard in front of the restaurant. We did not even bother to find out the name of the restaurant (we still don't know the name) and happily plonked ourselves at a table outdoors (it was a sunny but cool and breezy day). 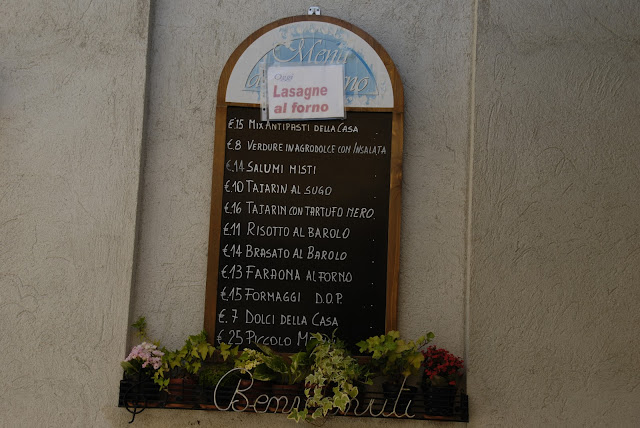 True to form, this restaurant served a Barolo as cheap table wine, which was nonetheless a decent 2005 vintage, and the tajarin and barolo risotto we ordered were simply mouthwateringly good. They were generous with the truffles, and the tajarin was perfect. Tajarin is prepared with an excess of egg yolk over egg white (for normal pasta, the ratio is typically 1 (egg yolk) to 1-2 (egg white) but for Tajarin the ratio is usually at least 1 to 4). The result is a very vibrant yellow-coloured pasta with a very rich flavour (without a doubt also very high in cholesterol). 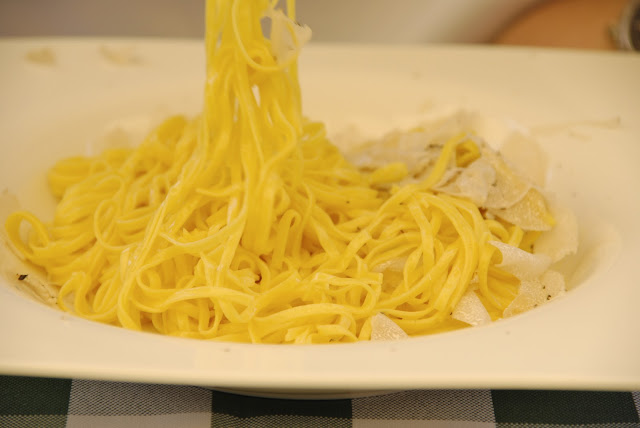 Similarly, the risotto was to die for, and it clearly demonstrated what pale imitations chefs in other restaurants come up with when they try to cook risotto with cheaper wines other than a Barolo. 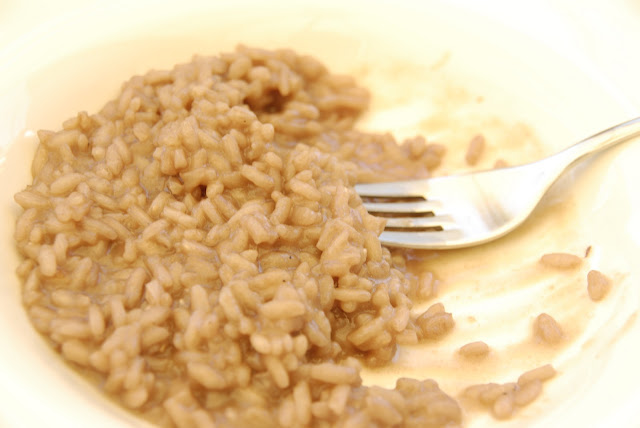 At the end of the meal, even the very simple chocolate cake and coffee ice-cream were sublime. It made us wonder if all the restaurants in Barolo were of at least the same standard or had we got lucky and stumbled upon the best of the lot. Moreover, in this strange and wonderful land of Barolo, we found in a nearby store a giant bottle of Nutella, almost as tall as a bottle of champagne.. what they must put in the water over there.. 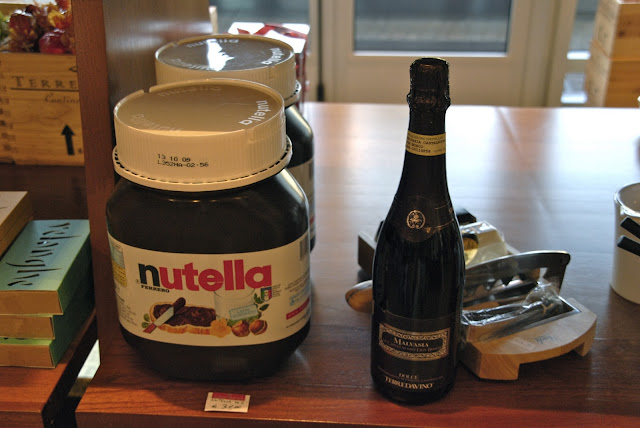 It turns out that the wine tasting at the regional centre of wines at Barolo is not a year-round thing and only occurs during the summer as part of the wine fair. It was quite disappointing as we were looking forward to it, we got there quite early in the morning and the place was empty with tasting only for a very few bottles from unknown vineyards.
Posted by Smiling Lion