Guido is a 1-Michelin star modern Italian restaurant in a small town called Pollenzo near Bra. The restaurant is located in a former monastery, which has been converted into the Universita di Scienze Gastronomiche (University of Gastronomic Science), the heart of the 'Slow Food Movement' (nothing to do with eating slowly, although having a meal in one of these Italian restaurants invariably takes hours. The 'Slow Food Movement' was founded in Italy and promotes, inter alia, local cuisine and produce, organic and small-scale farming etc). The restaurant itself is in the university compound and entry is by the main entrance of the university or a discreet back door leading straight to the restaurant (we managed to find the latter). 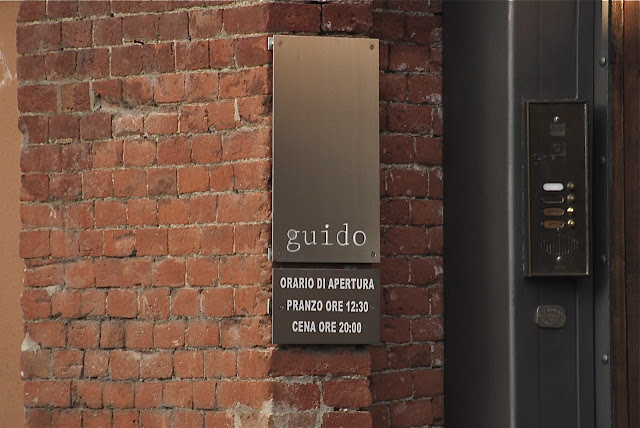 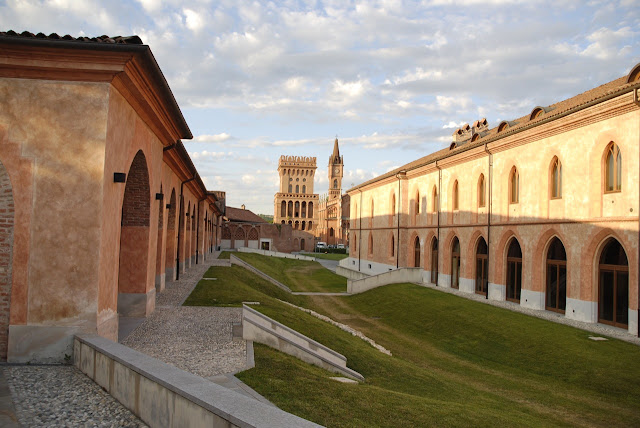 The restaurant is a mix of the old and the new: the preservation of old brick arches and pillars from the monastery together with timber flooring and modern fixtures. It also had very stylish tableware; everything about this restaurant oozed class. 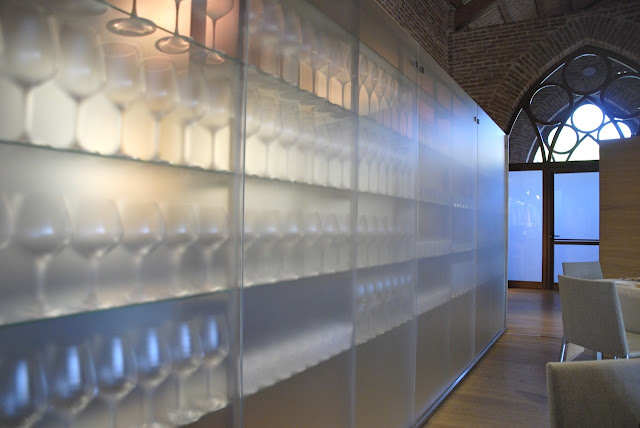 We were served by a very friendly and knowledgeable maitre d' who doubled up as a sommelier (we later found out that he would be one of the 2 brothers who owned the restaurant, the other was the chef). We started with some champagne and picked from the very impressive wine list (which came in 3 separate booklets) a superb 2001 Paolo Scarvino Carobric Barolo.

First course was a very simple warm bread with tuna and potato salad, which looked unremarkable but tasted really good. 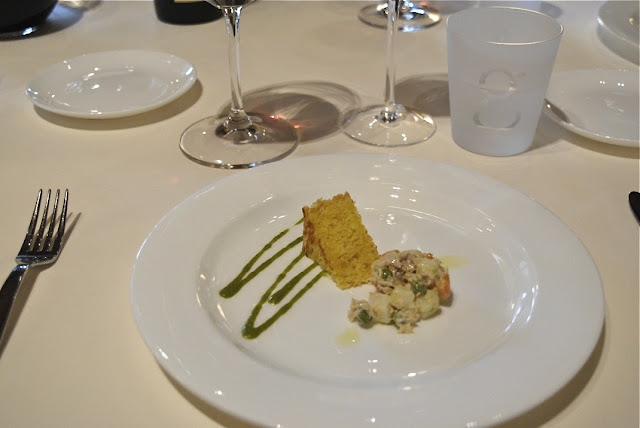 Then the vitello tonello, another common dish, but in the hands of this chef, was fantastic. The veal was succulent while the tuna 'paste' was light and did not overpower the flavour of the meat. 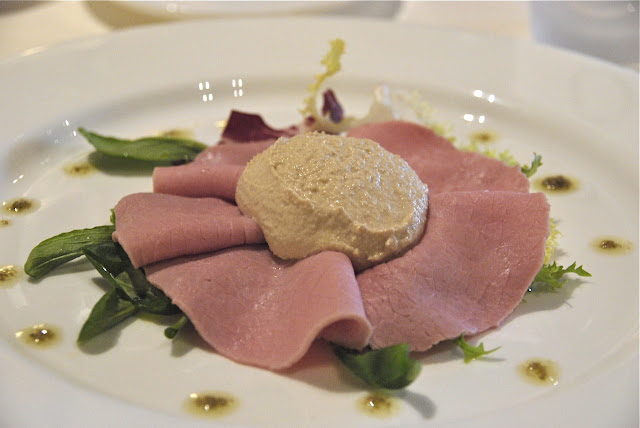 Next was the white onion stuffed with veal and served with tomato puree. The sweetness of the onion matched perfectly the tanginess of the puree. 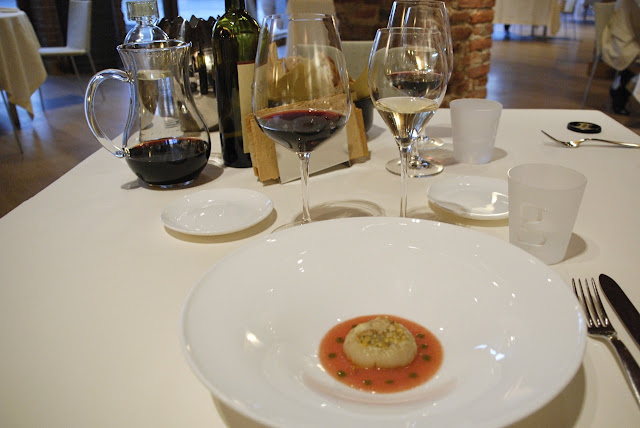 Then came a dish I had come to love in Piedmont: the agnolotti "plin". This one was stuffed with veal and literally would melt in your mouth (this chef was consistent in 2 aspects: he liked to cook things which melted in your mouth and he liked to use veal a lot). The pasta looked and tasted like it was handmade moments before it was cooked and served. 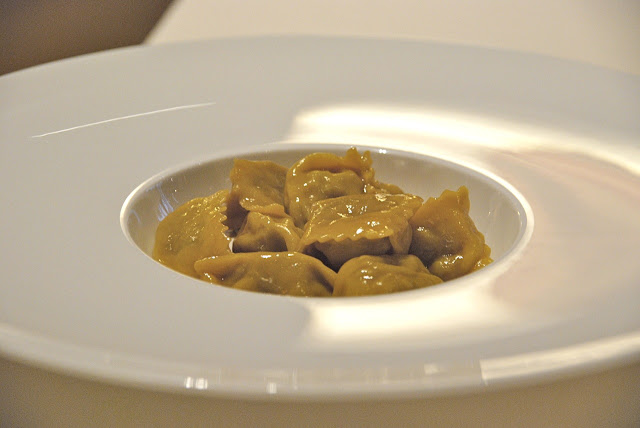 This was followed by the main course, the braised veal (veal again!). The maitre d' was very proud of this dish and claimed that it could be eaten with a spoon (I had to try it to see if he was right, he was). The amazing tenderness of the veal was the result of it being slow cooked for 36(!) hours. Once again, this would melt in your mouth. 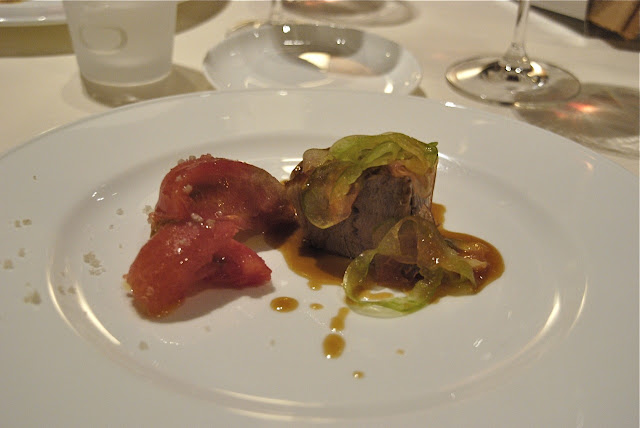 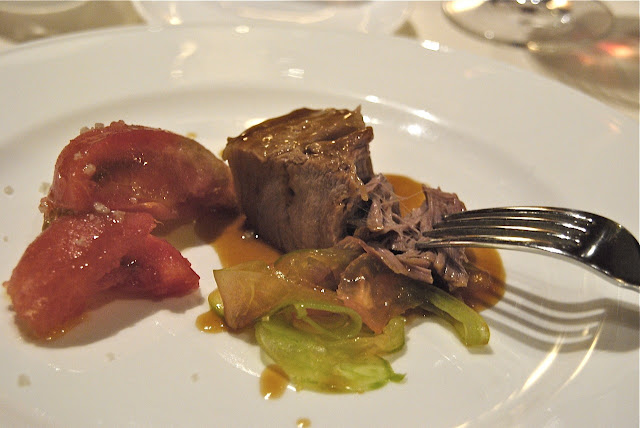 Pre-dessert was a custard with a raspberry choux. 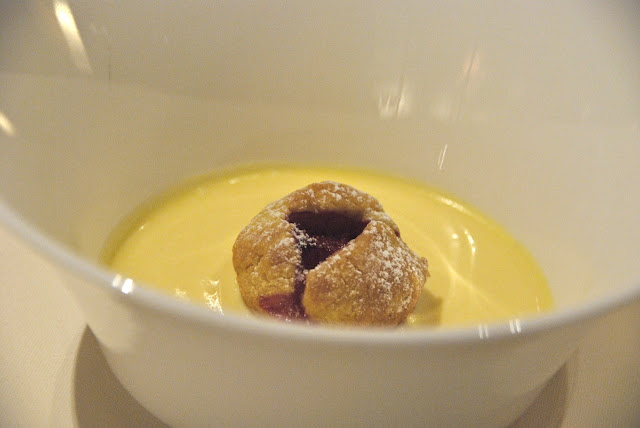 Dessert was a nougat glace which was out of this world (and would also melt in your mouth) and was a fitting end to the meal. 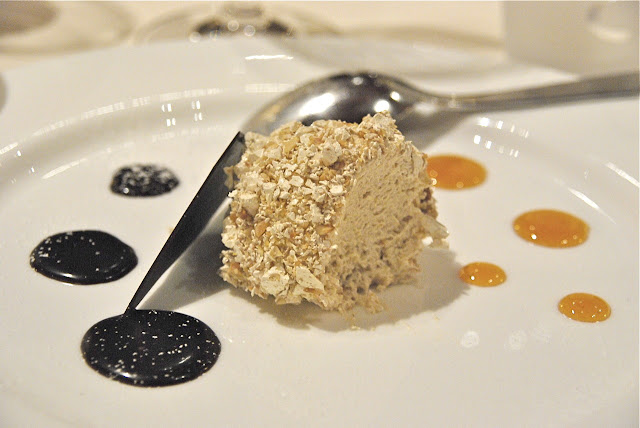 Guido served up a very simple but flawlessly executed menu. There were no fancy truffles, foie gras or lobster (the chef used veal in almost every dish), but everything he put in front of us, bar none, was of the highest order. And to add to the dining experience, the decor, service, tableware and winelist made this a very classy establishment clearly deserving of more than its 1-Michelin star. Even the petit four (of four pristine macaroons) was an example of art and simplicity. 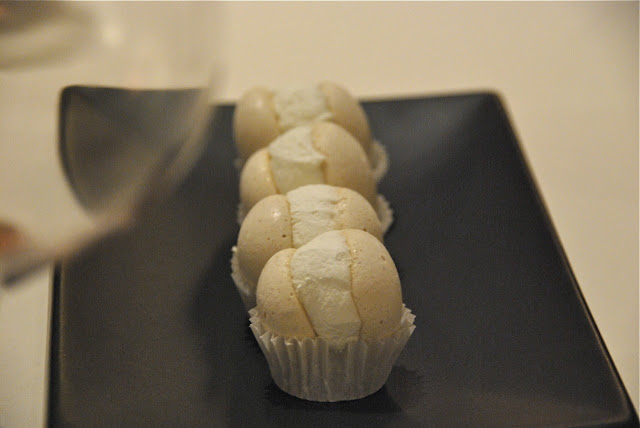 Food: Mastery in technique, flawless in execution
Wines: The winelist was in 3 booklets, wide selection at reasonable prices. Pre-dinner aperitifs were complementary, very classy of them
Ambience: Chic modern meets gregorian tradition
Service: Very professional and attentive, and although there were only 2 servers that night and looked understaffed, the service levels did not dip
Posted by Smiling Lion