Da Sostanza is an institution in Florence, having been open since the 19th century. It is rather hard to find though, as the entrance is located along a quiet street which looks like a back-alley with hardly anything else going on there. The search is worth it though, when you do get there. On its walls are photographs of celebrities who we assume have eaten there before; Rob Lowe's left an autographed photo there too. 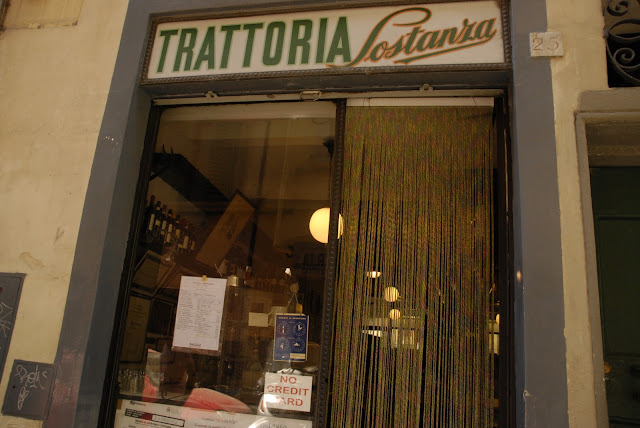 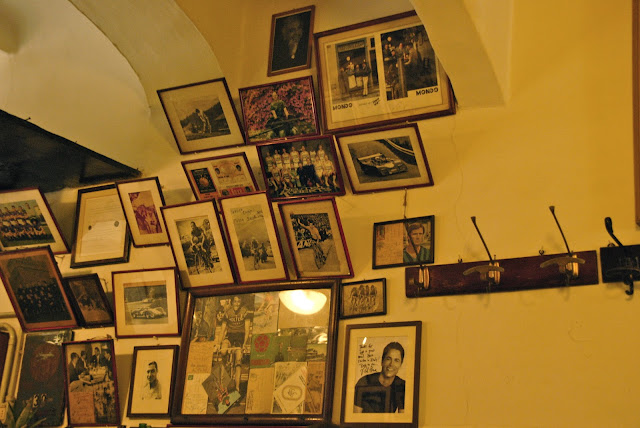 The decor of the restaurant looks like it hasn't changed in a hundred years, and in the quaint fashion of a true Italian trattoria, they serve wine in a carafe which has been filled up from a barrel of wine somewhere, and you drink it from a normal drinking glass. They still only take cash payment only. On busy days, they try to squeeze you in with other customers at the same table. 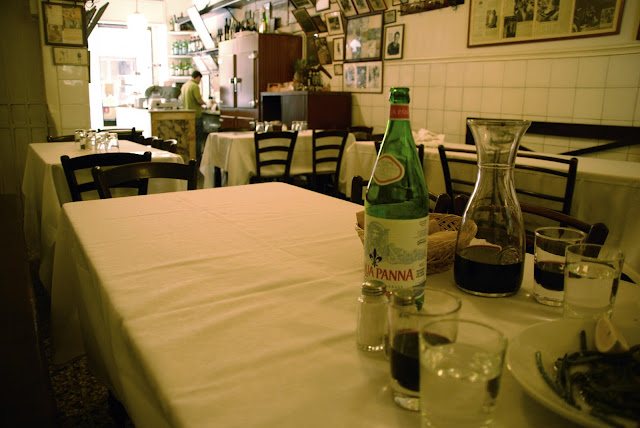 This place certainly has become quite touristy, as each of the three times we had lunch there, there were also American tourists (with their Florence Luxe Guide) dining in the restaurant. However, we still see a fair number of locals, both the casual and business lunchers eating there.

There are really only two things to order at Da Sostanza; the bistecca alla Fiorentina (steak fiorentine) and the pollo con burro (butter chicken). Both are heart attacks on a plate, but how good are they. There is no subtlety to their cooking; the bistecca is cooked over a large grill in the kitchen and roughly hewn into a chunk of meat before being served, and the chicken is poached in a slab of butter in an old metal pan.

Each time we were there, we inevitably ended up ordering seconds (of the same thing, mind you) to the eternal amusement of the chef, who must be wondering about the same crazy tourists who come all the time and eat like there's no tomorrow. In the photo below, we were so excited getting our teeth into the meat that I forgot to take the photo till we had finished the bistecca (the pollo con burro in the photo was a second order, by the way, we had finished the first one earlier). 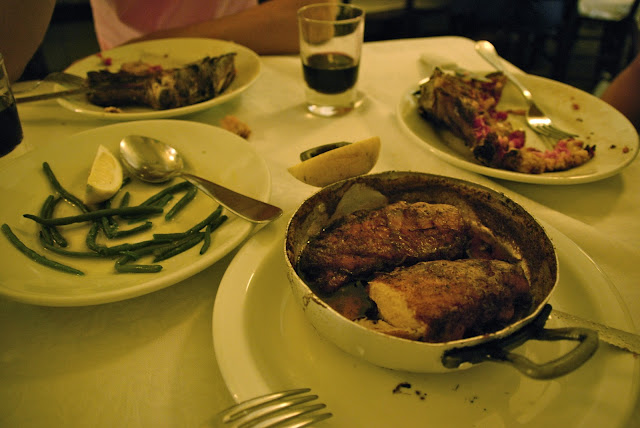 To top it off, the chef brought out his mother's famous dessert, the meringue. Oh my god, this was like the best dessert ever. It was accompanied with sugared raspberries. Of course we had to order another one after we had finished the first one. 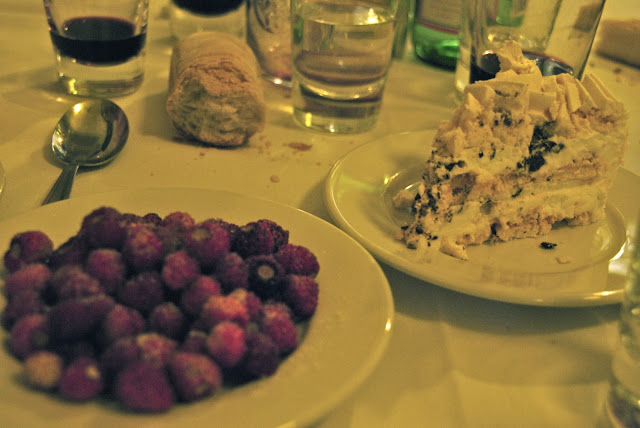 Many reviewers may criticise it for becoming a tourist trap and losing its real local character, but to us, Da Sontanza still remains one of our favourite dining spots in Italy. It is very reasonably priced and still serves food which fills our hearts and stomachs.

Food: Large chunk of grilled steak and chicken cooked in butter, what more can I say?
Wine: Only 2 choices; wine or no wine. Not getting any Robert Parker ratings anytime soon, but good enough to quaff down with the meats
Ambience: Old-school Italian trattoria complete with gruff (but good-hearted) chef. A real experience
Service: Basic but they are genuinely pleased when they realise how much you like their food
Posted by Smiling Lion