When the Michelin Guide decided to publish its guide for South Korea, there were questions as to the kind of restaurants it would consider worthy of its highest accolades. Korean cuisine, though popular globally with its iconic kimchi and Korean BBQ, wasn't as visible in the fine-dining scene outside of Korea until quite recently, with the successes in the US by David Chang with his Momofuku chain (though he popularised Korean street food in a gitzy manner in NY, and not imperial fine dining) and more recently Yim Jungsik with his epynomous restaurants in Seoul and NY (though it was his NY restaurant which first got noticed). So it would have been easy for the Michelin Guide to award its three stars to recognised global restauranteurs like Pierre Gagnaire (like what they did when they awarded the only three stars to Joel Robuchon in Singapore - which incidentally is closing this month). Instead, two local Korean restaurants, Gaon and La Yeon, were awarded the inaugural three stars for the Korea Guide, and still retain them to this day.

We visited La Yeon for lunch on a rainy summer day. It is located on the top floor of the chic Shilla Hotel on the hilltop overlooking Seoul. We were hungry that day and opted for the full La Yeon menu with a bottle of Morey St Denis. It turned out to be a long leisurely lunch where we enjoyed probably the finest Korean cuisine we have ever had. La Yeon's food is contemporary Korean, and perfectly executed its dishes in a subtle yet focused manner. It was one of those meals where we would eat every single morsel on the plate, even the pickled sides which sometimes I avoid. In a way, we felt that there were similarities between La Yeon and Lung King Heen in Hong Kong: both are champions of local haute cuisine, both received three starts in the first guide published in their respective cities, both include western fine dining touches, wine list and etiquette without compromising their local cuisine, and both were where we had fantastic meals. 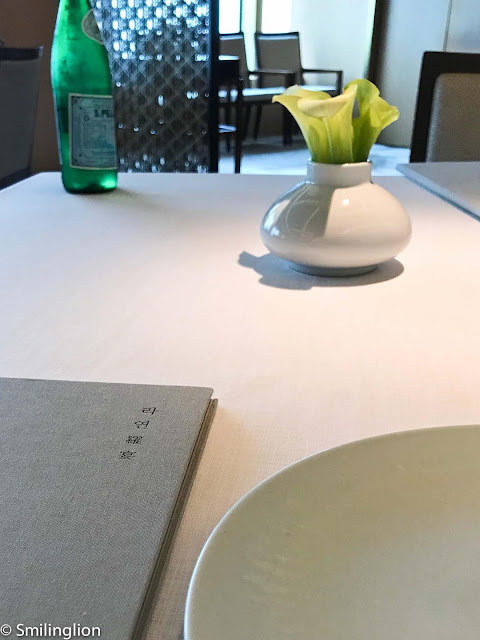 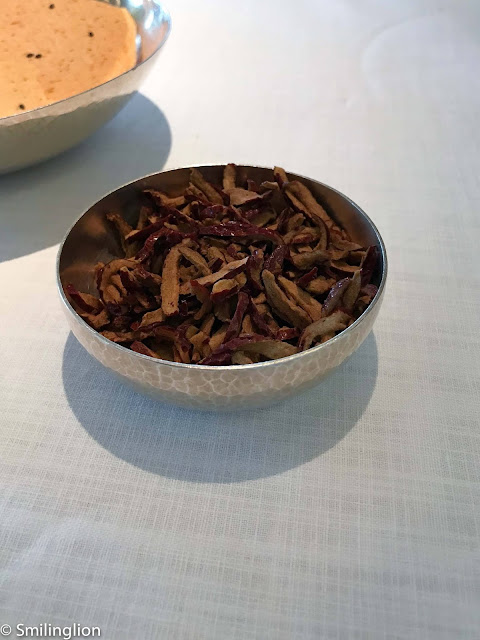 Welcome Dish - steamed egg custard with diced shrimp. Though this looked like and had the texture of Japanese chawan mushi, a very intense prawn stock was used instead and the dish had a very strong umami flavour. 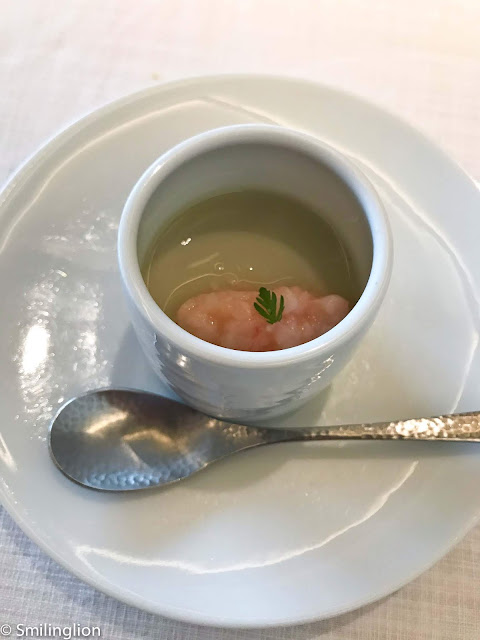 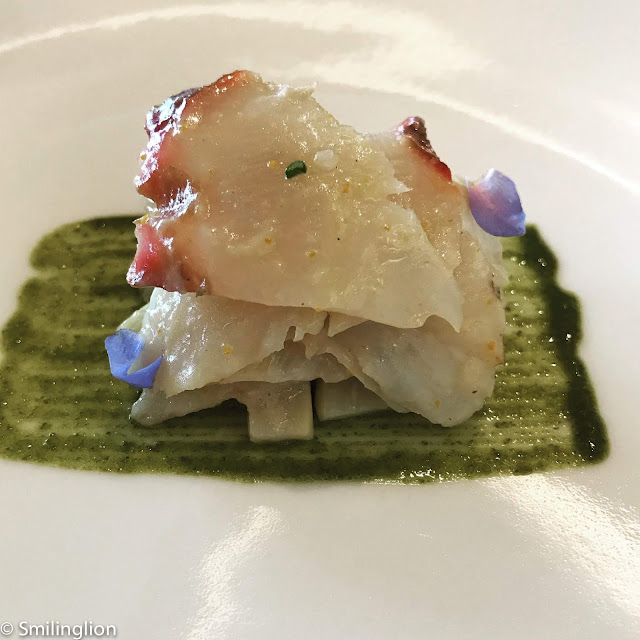 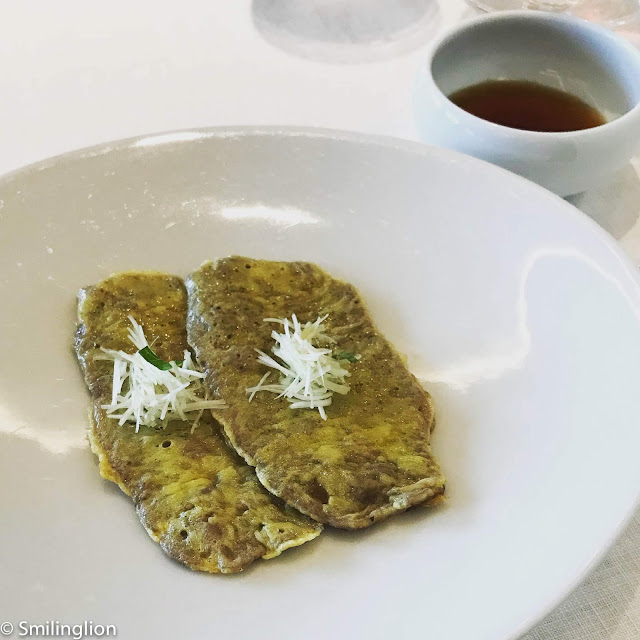 Steamed Red Mullet with Red Pepper Seasoning Juice - a real 'WOW' dish. The soup was a prawn stock which had a peppery and yuzu finish and the fish was cooked perfectly. This is a dish we would come back for. 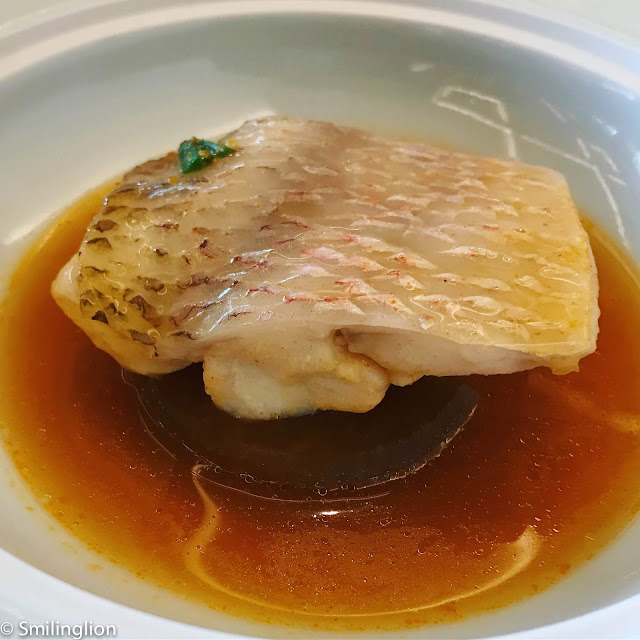 Chargrilled Korean Beef Sirloin with pickled onion and seasonal vegetables - There were 3 beef choices, and we selected the sirloin and the beef slices below. Both were superb and very memorable, and even the salad was delicious. 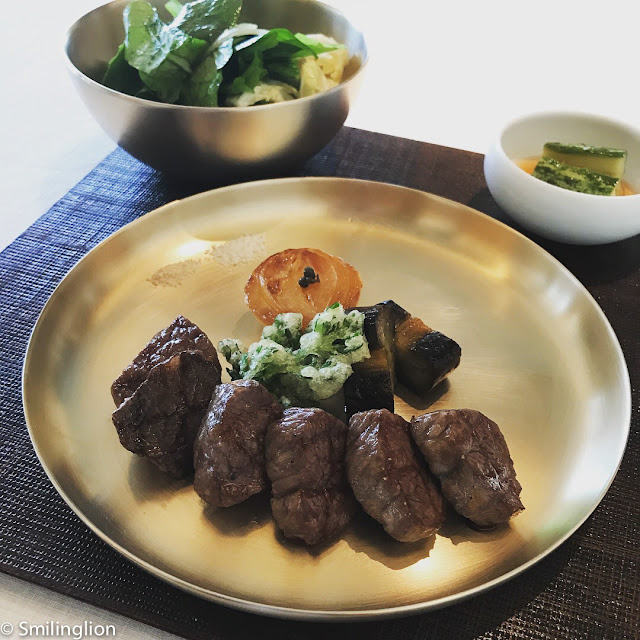 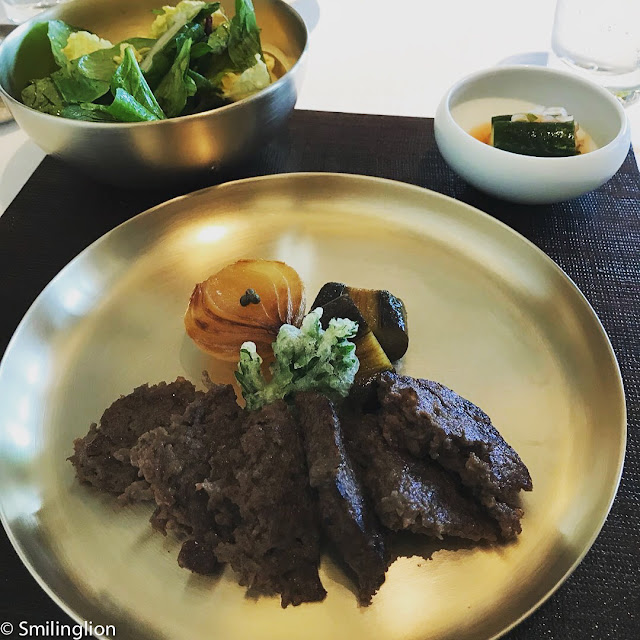 Mixed Rice with vegetables and Korean Beef Tartare - of the rice/noodle choices, we took the beef tartare and abalone below. We felt that the tartare dish was better (the beef was actually frozen beef slices) whereas the abalone dish wasn't taste-optimised. The pickled vegetables were fantastic, even the nondescript vegetable soup which I suspect was made using the same intense prawn stock used in the earlier dishes. The extra treat was the pear kimchi which was quite refreshing. 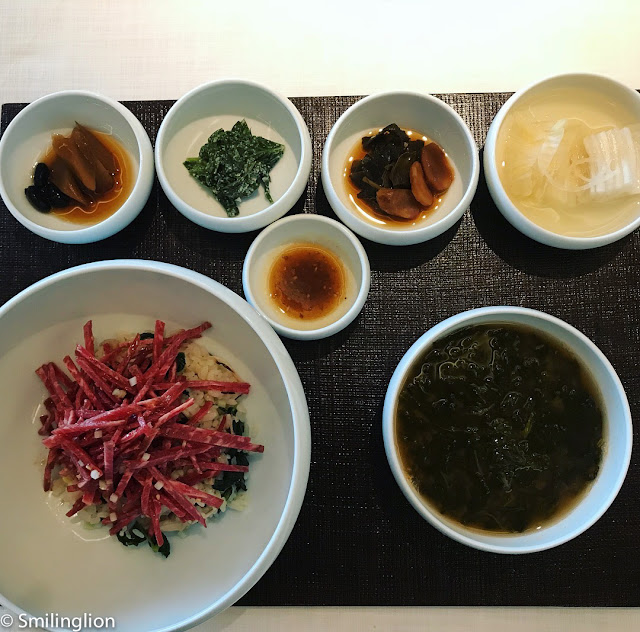 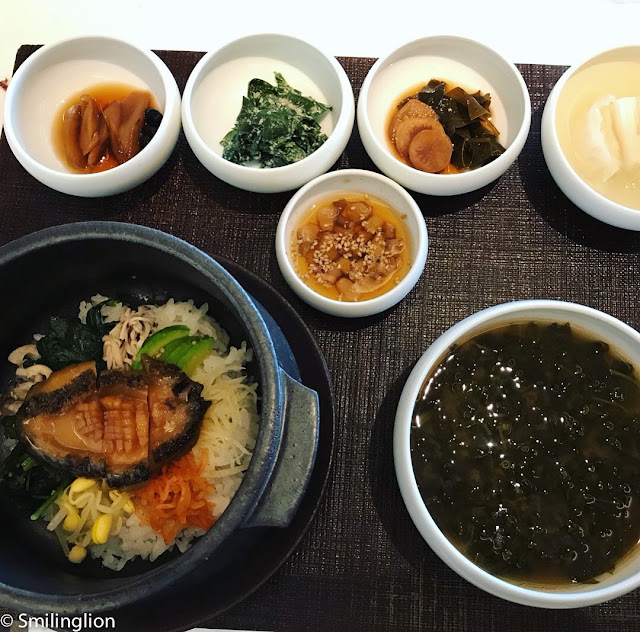 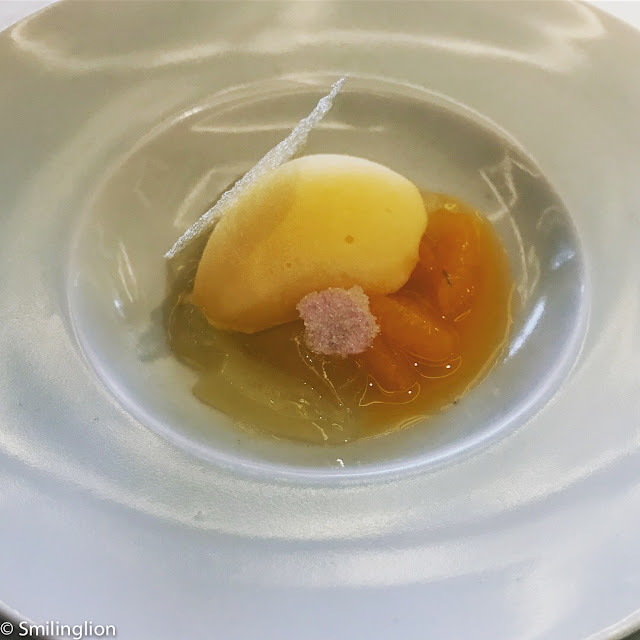 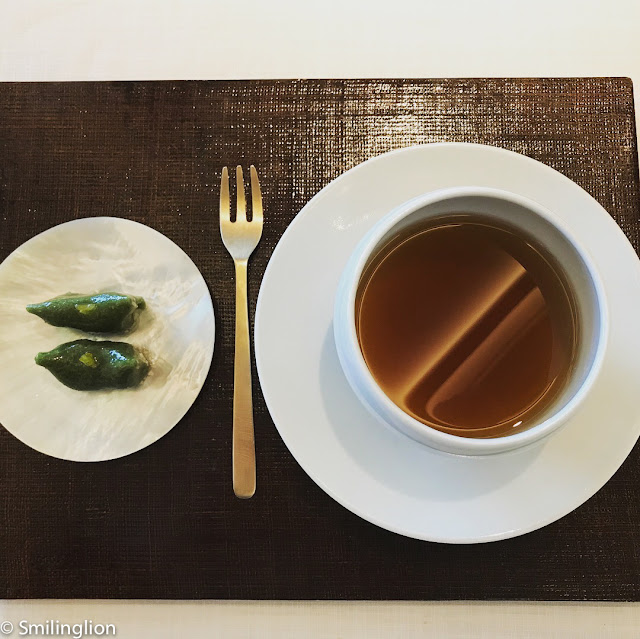